FRANCHESCA Flack remembers weeping as she looked at her body nine months after having her baby – as she still looked 40 weeks pregnant.

Previously a size 6 in clothing, the mum to Mia, 13 months, couldn't understand why her body wasn't snapping back into shape how everyone told her it would. 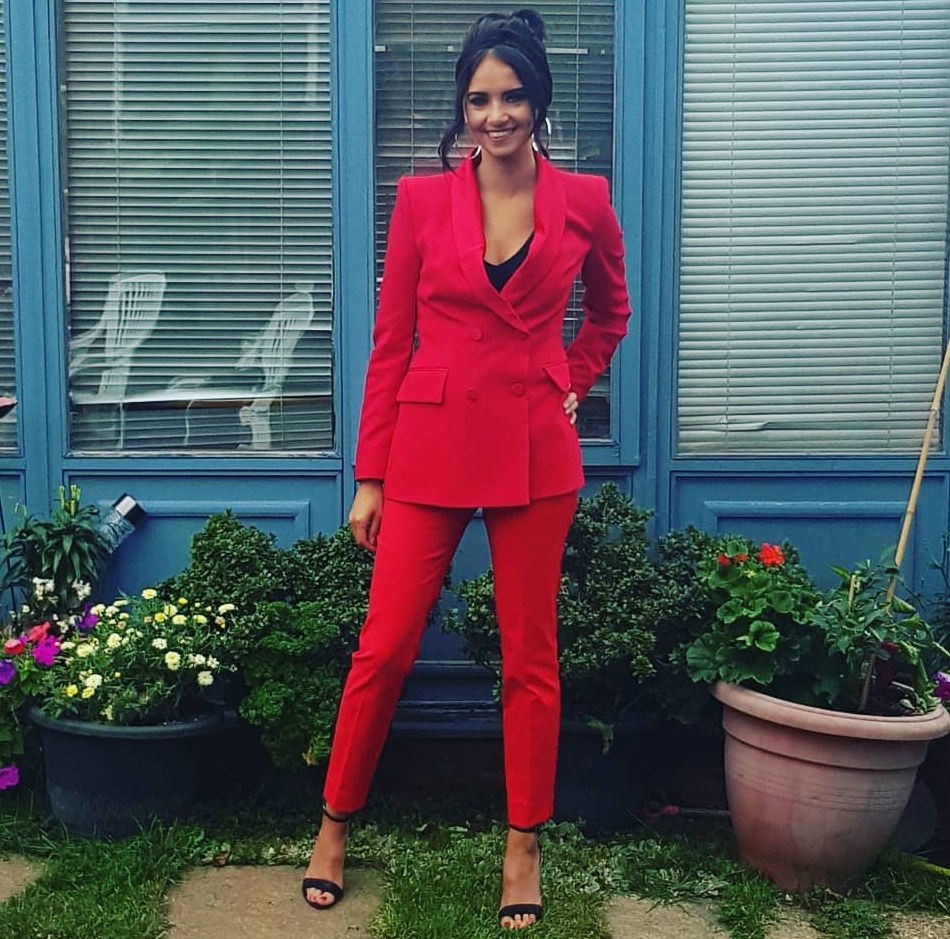 A few days after giving birth, Franchesca, 34, a freelance writer from Essex, went to see her doctor to find out why her stomach felt so hard and bloated.

The experience left Franchesca feeling insecure and self-conscious about her body and it slowly began to affect other parts of her life.

But now she's learned to embrace her body – and is on a mission to show other women they don't need to "bounce back" after childbirth.

Here she tells Fabulous her story...

As my daughter crawls around my feet, I stare into the mirror and tears roll down my cheeks. I no longer recognise the reflection looking back at me. My shoulders and hips are wider, thighs bigger and my bust has increased by several cup sizes – why do I still look pregnant nine months after birth?

Two days after I’d had my daughter via C-section in June 2020, I returned home and stepped outside into the hot sunshine, walking as slow as a snail to a seat in the garden.

‘You look like you’ve got a football stuffed up your dress,’ my stepdad said. I brushed off the comment but inside I was questioning whether my tummy was meant to feel hard days later.

‘You have a very sluggish bowel’, commented a doctor as I laid on the hospital bed that evening after failing to go to the toilet or even pass wind for a week. ‘Is that a good thing?’ I asked. ‘No.’

After an X-Ray, a nurse rolled me over to my side and inserted an enema. I spent the next 30 minutes wriggling in pain as my bowels finally evacuated, anxiously wondering what I would do if my daughter woke up. I can’t move.

You’ll bounce back, they said. It’s all bump. You’re so slim everywhere else.

"Even when seeing my friends in person, I’d be filled with anxious worry about what they thought I looked like."

I look down at my body through the mirror and my eyes automatically shoot straight to my protruding tummy. I should have snapped back like they said I would, as celebrities do, I thought. Previously a size 6 and now a size 10, any ounce of confidence I had in my appearance had disappeared.

Over the last nine months, feeling the unrealistic pressure, I shied away from showing the world the reality of my body post-birth. I’d only post pictures of my new family when I’d examined in great detail how my tummy appeared. Only the slimmest tummy shot went on social media, desperate to gain comments of how I’d snapped back.

Even when seeing my friends in person, I’d be filled with anxious worry about what they thought I looked like. I’d breathe in wearing gym leggings and baggy T-shirts, unsure how to dress this foreign body.

I created the illusion that I’d bounced back. But in reality, come evening, I’d be sobbing at the sight of my sore bloated tummy appearing worse by the overhang above my C-section scar. Why did I have a chronic illness, I thought. Look at you, you’re ugly, the bully in my head answered back.

As well as suffering from irritable bowel syndrome (IBS), I was diagnosed with Crohn’s disease at 23. I’d spent the first couple of years in utter denial that I had a chronic Inflammatory Bowel Disease (IBD) causing inflammation of the digestive system. I took medication but ate and drank whatever I chose, couldn’t be bothered to exercise and I’d shudder with embarrassment when someone asked what Crohn’s was.

"I agonised shopping for clothes, buying jeans three sizes bigger just so they buttoned up around my stomach. "

After a break-up at 29, I concentrated on drinking litres of water and eating foods that settled my Crohn’s and IBS symptoms. Exercise turned into therapy for my mind as weight-lifting helped me gain pounds I’d lost. Despite feeling paranoid about how my tummy appeared, I started opening up about Crohn’s on my blog, Under The Spotlight, to help others find their voice without feeling uncomfortable talking about poo.

However, since birth, I couldn’t help but hate that I had Crohn’s disease and IBS as constipation crept back worse than ever. I felt my mood fall into darkness every time I got dressed in the morning and my stomach expanded beneath my clothing throughout the day. I agonised shopping for clothes, buying jeans three sizes bigger just so they buttoned up around my stomach.

At baby classes or whilst scrolling through social media, I’d fixate on a new mother’s tummy comparing theirs to mine, especially if they’d given birth after me, only to find myself deeply self-conscious. I was trapped in a symptoms-to-stress cycle.

When I woke up frustratingly bloated with pain shooting down my thigh as I strained to poo, I’d had enough. I could only help myself and regain some control of my life between appointments with my Crohn’s consultant.

I decided to unfollow social media feeds that made me look at my body negatively and instead followed a variety of people who projected infectious self-confidence. I got rid of clothes that hurt my tummy and my confidence, ones bought years before pregnancy, and replaced them with bloat-friendly silhouettes. I listened to podcasts and read articles and books to understand the gut-brain axis and started treating both as one.

Instead of bullying my tummy, I symphonised and asked my stomach what it needed when it swelled. Because of my Crohn’s disease and IBS, I learnt my gut is very sensitive, just like I am. And that’s ok. 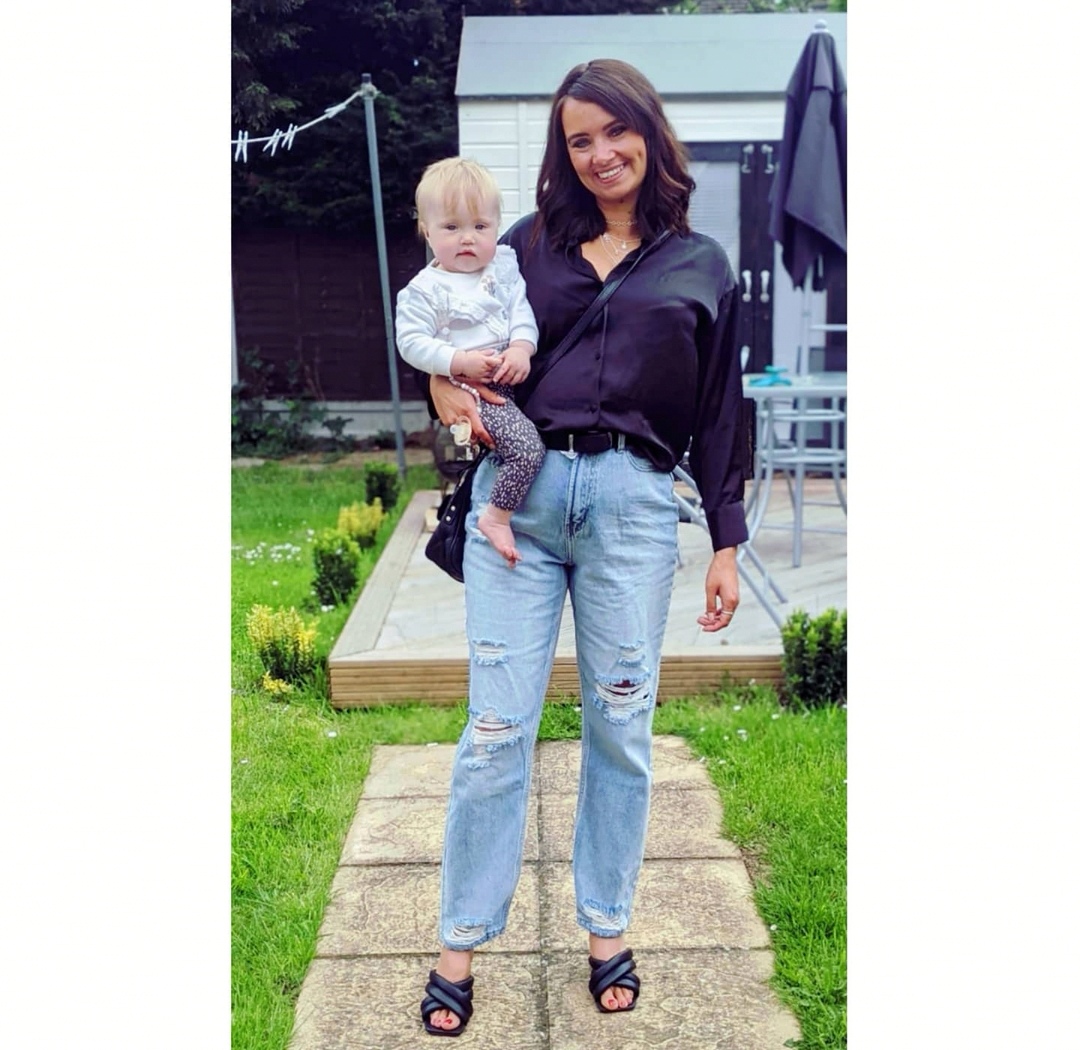 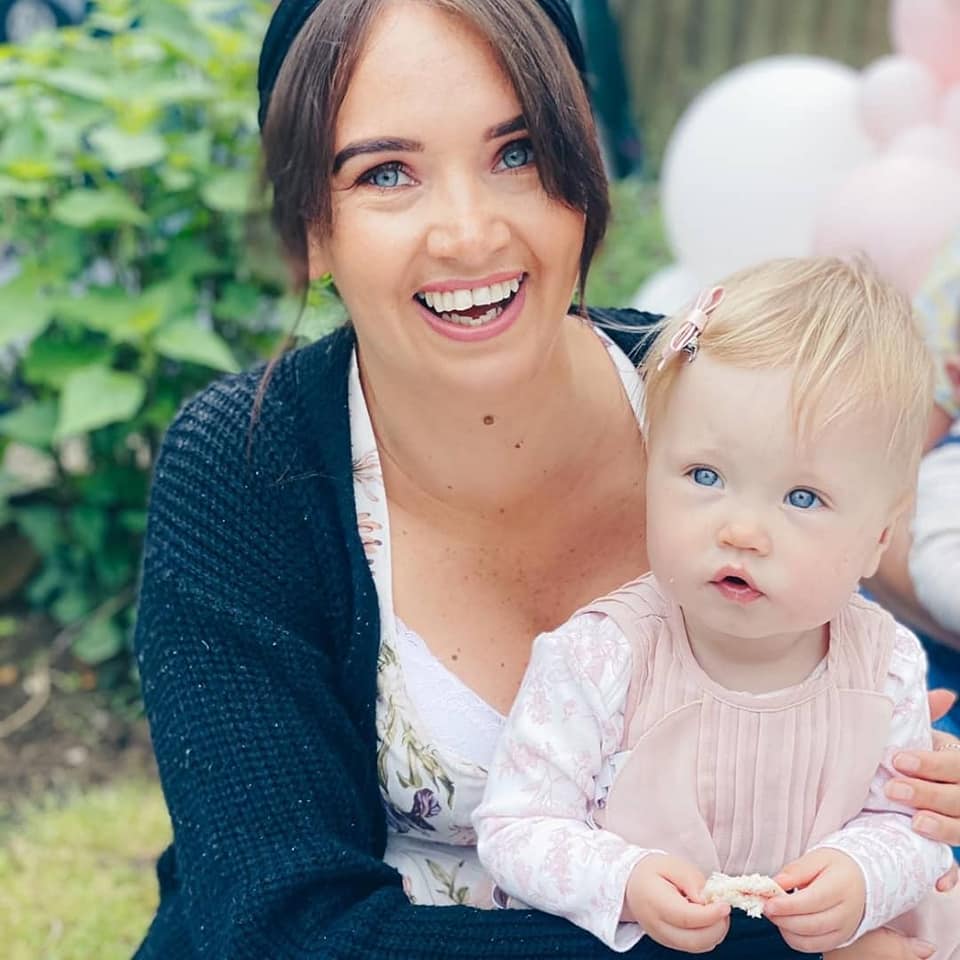 And the woman who shaved her head, got 17 tattoos and came out as bisexual after breaking up with partner of 10 years.

Meanwhile the woman who ALMOST became a Spice Girl who now works at the NHS.