A WOMAN has revealed how she gave birth at 14 on a hospital floor – after popping to the loo and having a surprise baby.

Sasha Hickman, from the UK, told her TikTok followers her shocking birth story in a series of videos. 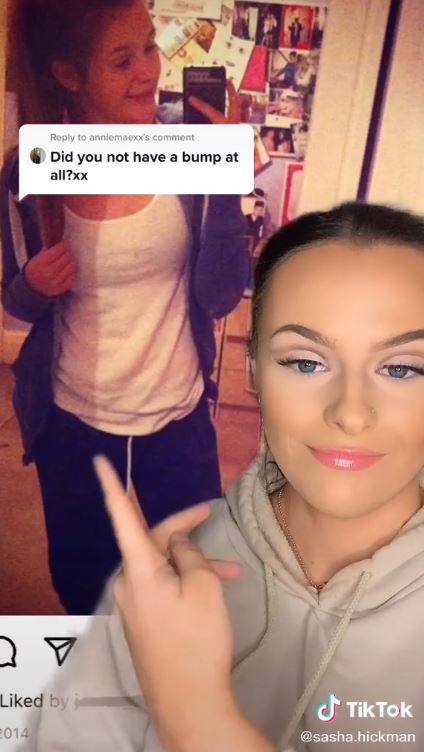 Now 21 she is mum to a little girl who we've not named.

Shockingly she was in hospital in May 2014 questioning why her tummy hurt when she went into labour.

"When I was 14 years old I got random stomach pains, went to A&E and had a baby not knowing I was pregnant," she said, explaining she had been in a relationship with the dad, who she is no longer with.

"I woke up one day had these horrible stomach aches, they just got worse when I got home. 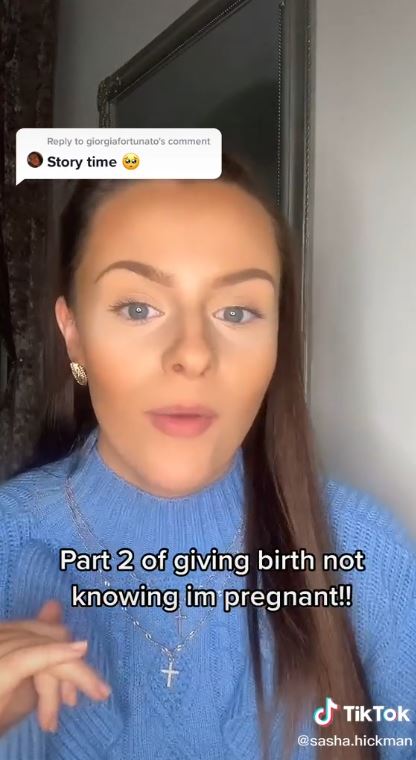 "I come home from school got really bad stomach pains, hoped that it would go away in the morning. It kept coming and going.

"I was screaming on the floor."

Sasha, who lived with her aunt at the time, was taken in the early hours to A&E where doctors said she was constipated and could go home.

But first she popped to the loo.

"Before I get up to go home I got these urges to push, my whole body was pushing," she explained.

"[I wondered] what is going on, maybe because I'm constipated I needed the toilet.

There's a mirror in front of me, all I can see is a baby's head coming out of me.

"There's a mirror in front of me, all I can see is a baby's head coming out of me.

"I'm in the toilet, I took my trousers down, there's a baby head coming out of me. I'm panicking, I'm confused."

She told how she called her aunt in who alerted doctors and nurses who told her to push immedietedly – where she was safely delivered of a healthy 6lb 90z baby girl.

"She's the love of my life," said Sasha.

Asked how she didn't know she was pregnant she said: "I wasn't huge until the last weeks, you would have thought I had just gained weight."

And she praised her brilliant family. "All my family were so supportive, I thought they would have murdered me. It bought the family together. Everyone said, 'she's her what's the point of get angry.' 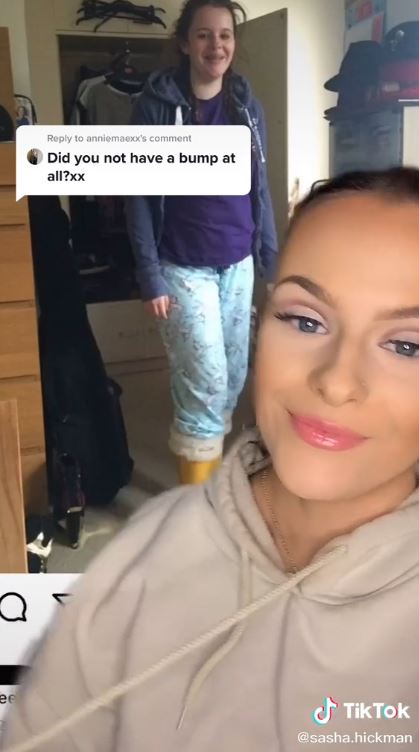 We recently told you how a size 8 teenager din't realise she was pregnant until she was eight months along.