WHEN Annie Howard started dating a lad from back home, she knew he was something special.

But the 28-year-old, from Leamington Spa, Warwickshire, was devastated Will Arkle, also 28, would never get to meet her beloved dad – as he died a year before they reunited. 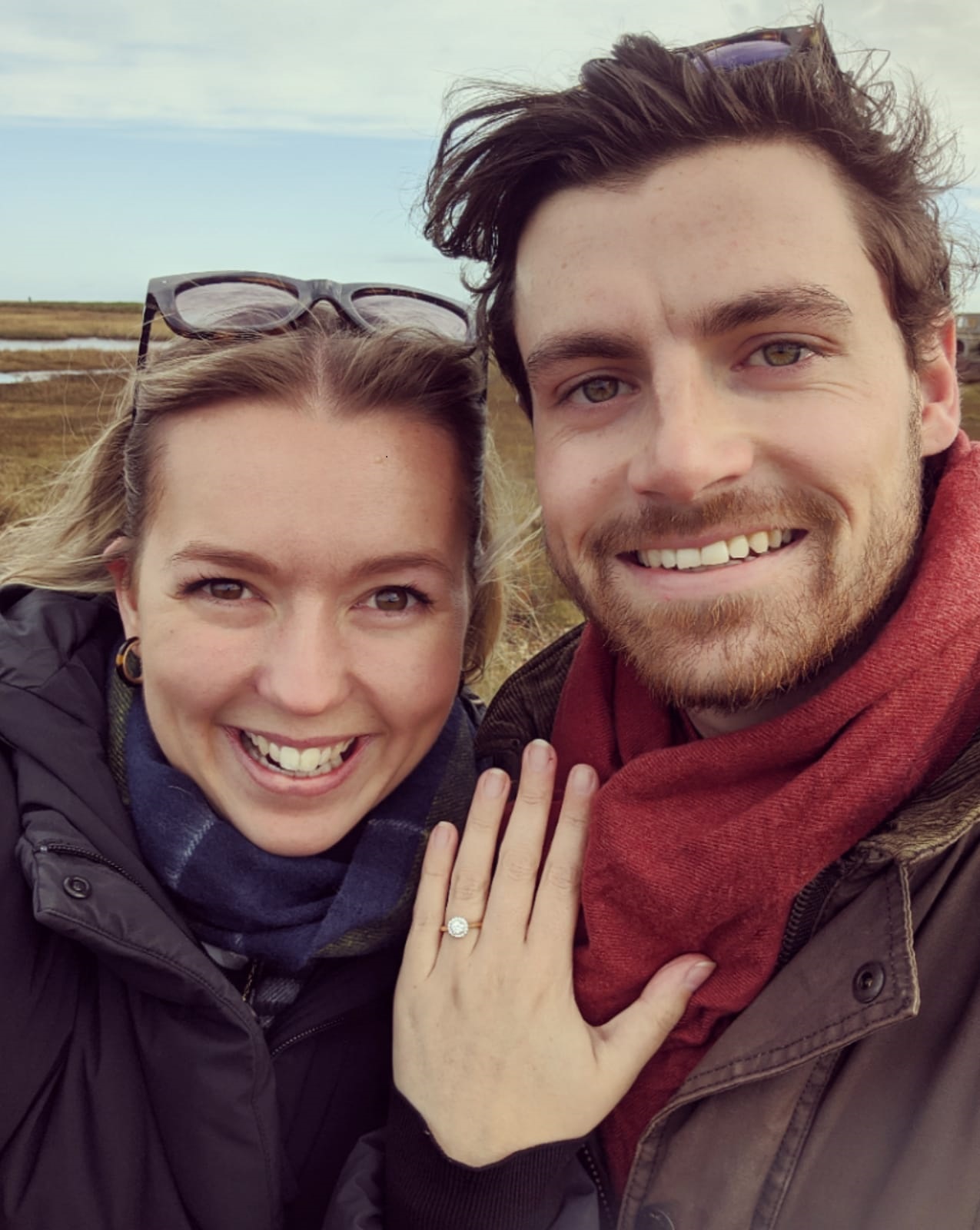 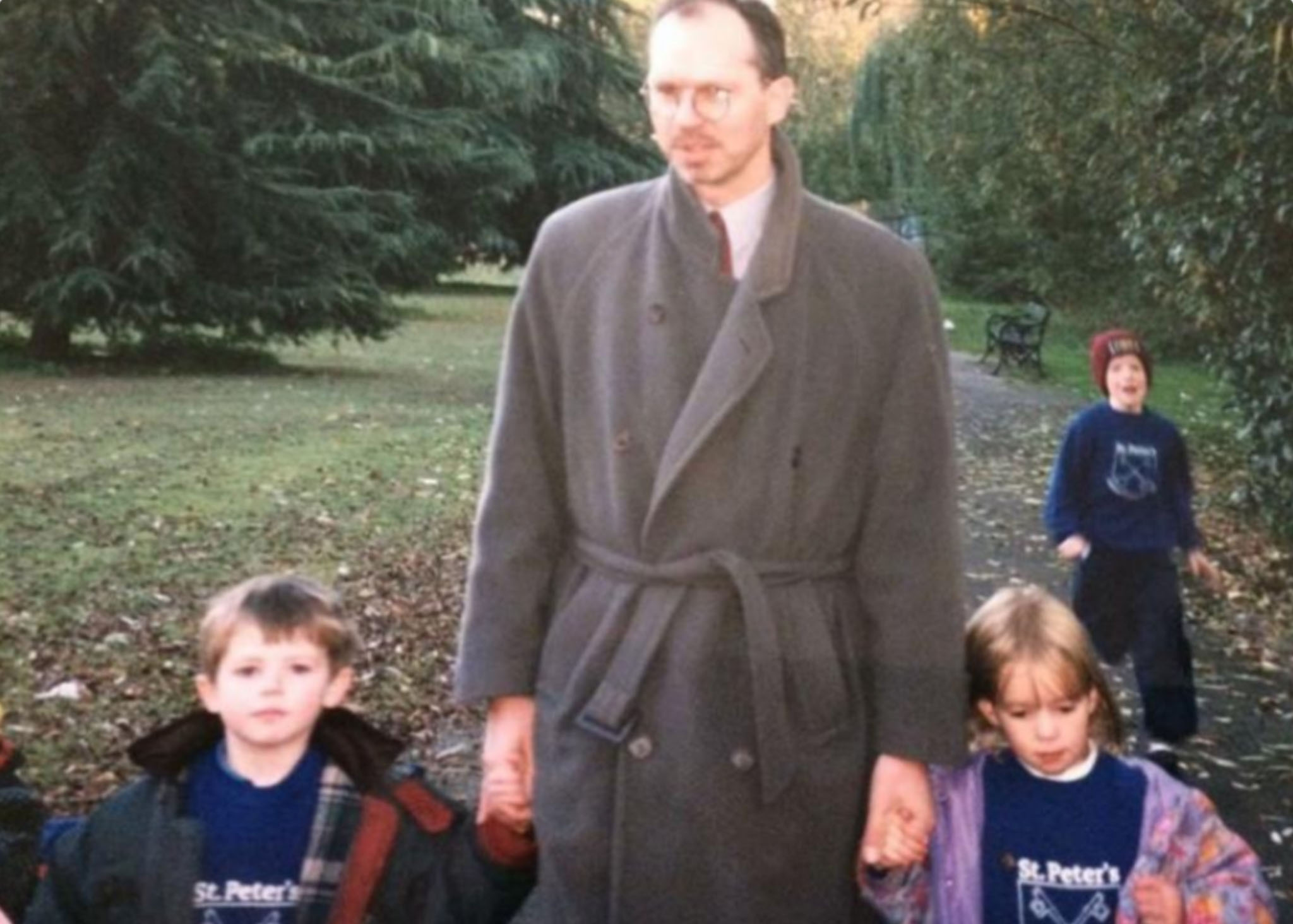 Annie had gone to primary school with Will for a year, in reception from the ages of four to five, before moving to a different school and losing touch.

Then one day, when her mum was looking through old photos, she discovered a snap of Will, Annie and her dad all holding hands, when they were just five years old.

She tells Fabulous: "Mum was looking through old photos one day, and called me up. ‘Annie, you’ll never guess what I have found.’

"She sent a photo of my Dad holding hands with me and Will. We must have been about five and Mum said we were on a sponsored walk. 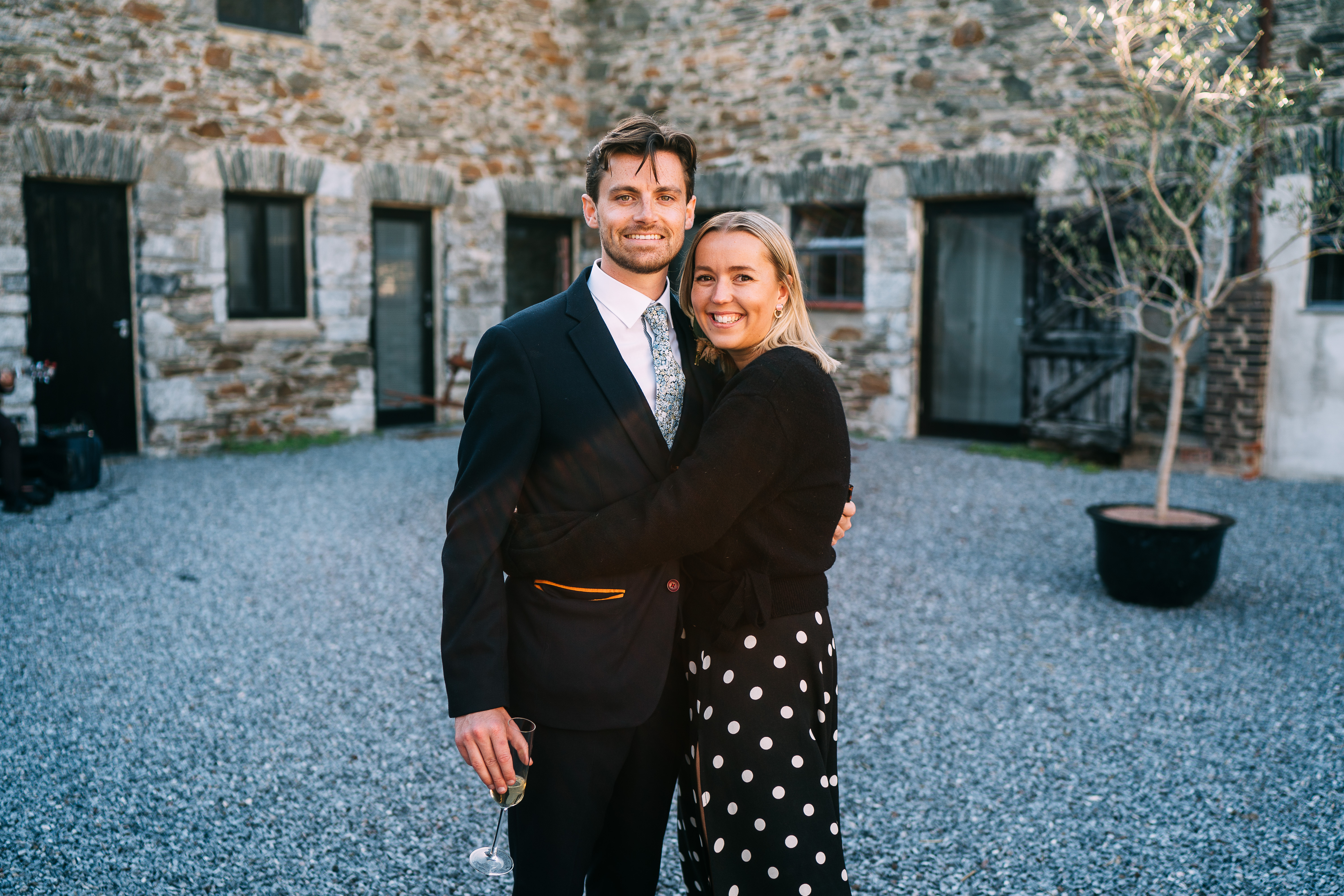 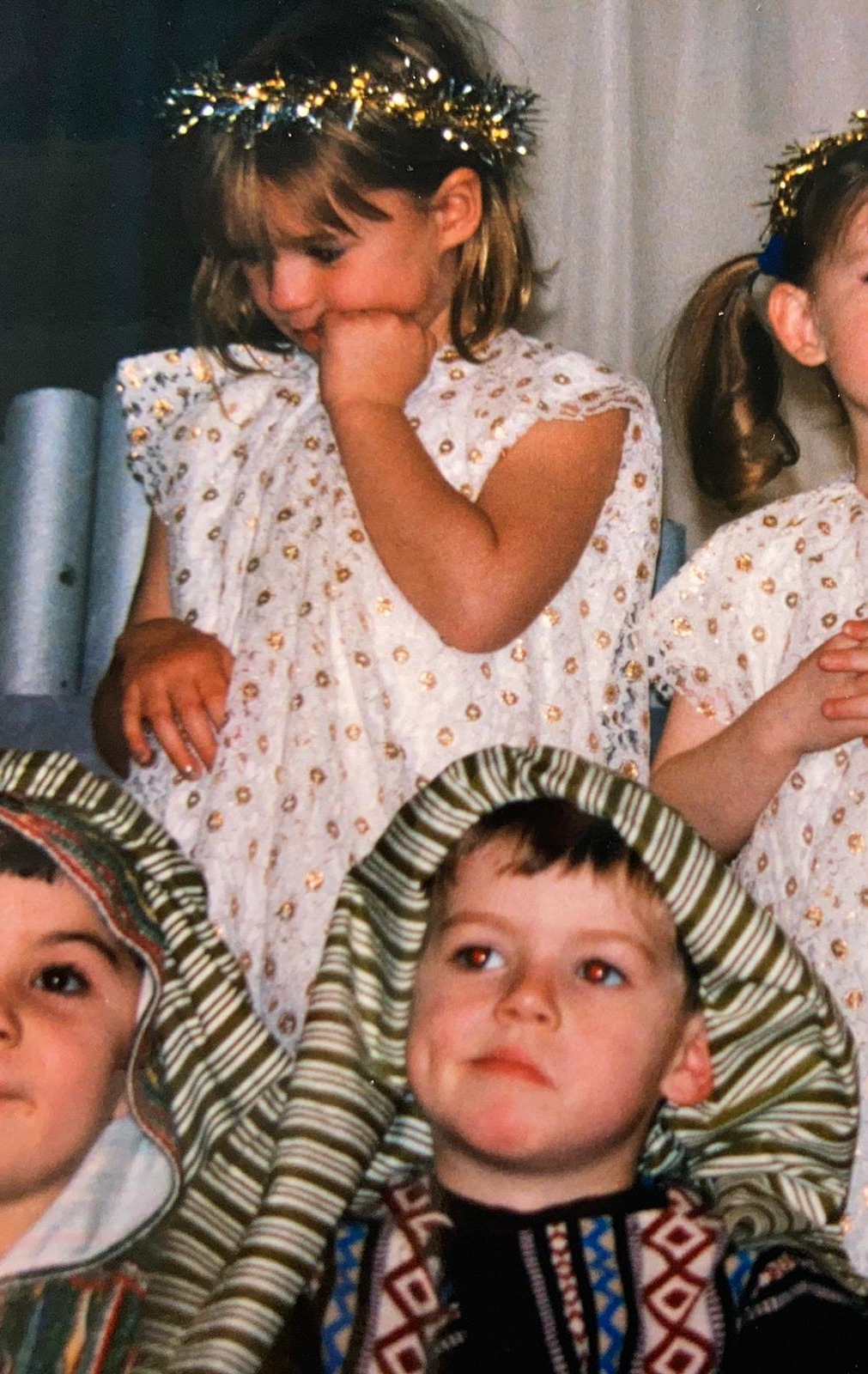 "I took it as a sign from Dad that Will was the one.

"Dad hated all my boyfriends, he used to find it hard to hide his emotions, just like me, and so when he didn’t like someone you could tell.

"But I know dad and Will would have got on, they are very similar, both with a love of music and law degrees.

"It was serendipitous bumping into Will after all those years, but sometimes I wonder if it was a parting gift from Dad."

Mum was looking through old photos one day and found a photo of my Dad holding hands with me and Will. I took it as a sign he was the one

Annie originally knew Will from St Peter's Primary School. She says: "In the school Nativity, I was an angel and he was a shepherd.

"I then went to a new school, but my brother stayed at St Peter’s so we were still connected.

"When I was nine my parents moved to North Norfolk to start a letting agents.

"We lost touch with the local families, but we would still go back to Leamington sometimes to visit Carrie, mum’s best friend." 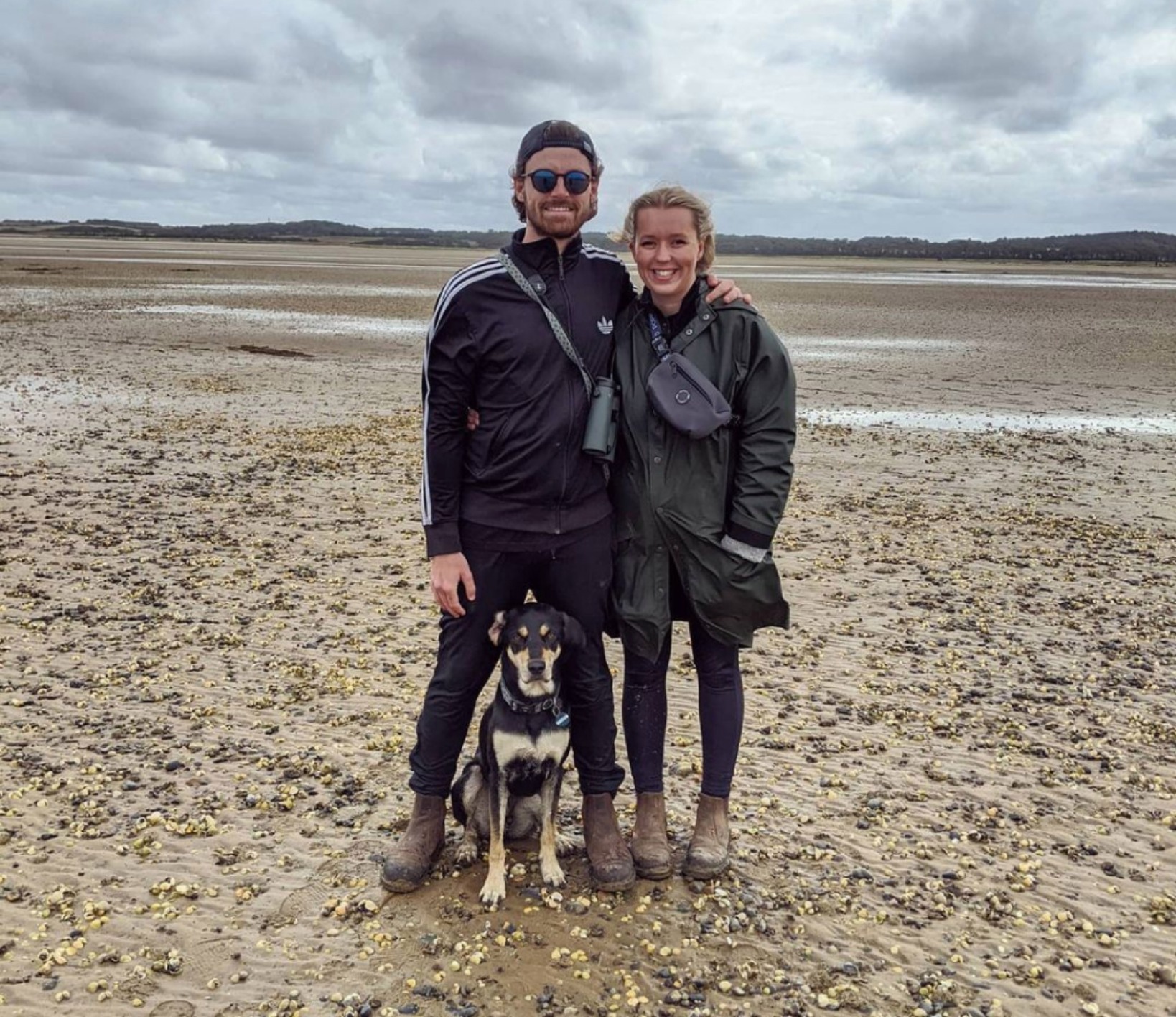 Annie left school at 18 and worked with her parents, before moving to Ipswich to train to be a therapy radiographer at University of Suffolk in 2013.

She was working in a radiography ward when, in February 2014, her dad was diagnosed with esophageal cancer. He ended up being treated in her department.

She says: "I was devastated, Dad was my best friend, I am literally a carbon copy of him.

"We were both stubborn, opinionated and love fashion. We would go on a Christmas shopping trip together each year, and end up buying things for ourselves more than for others.

"One year we went to Norwich Christmas shopping, and both had one too many cocktails at lunch. I had so much fun with Dad."

Mum was so pleased, she loved Will, I was just sad Dad didn’t meet him

Annie, who was 21 when her dad died, says: "We tried to get through the grief, we missed him so much.

"I carried on with my studies, even more determined to help people suffering from cancer.

"Just over a year later, in October 2015, we went to visit Mum’s friend Carrie in Leamington.

"Her son Donovan, who is the same age as me, asked if I was up to a night out.

"‘I’ll see if Will Arkle is around, remember him from reception at St Peter’s Primary?’

"‘I think so,’ I said, although it had been about 12 years since we had seen each other." 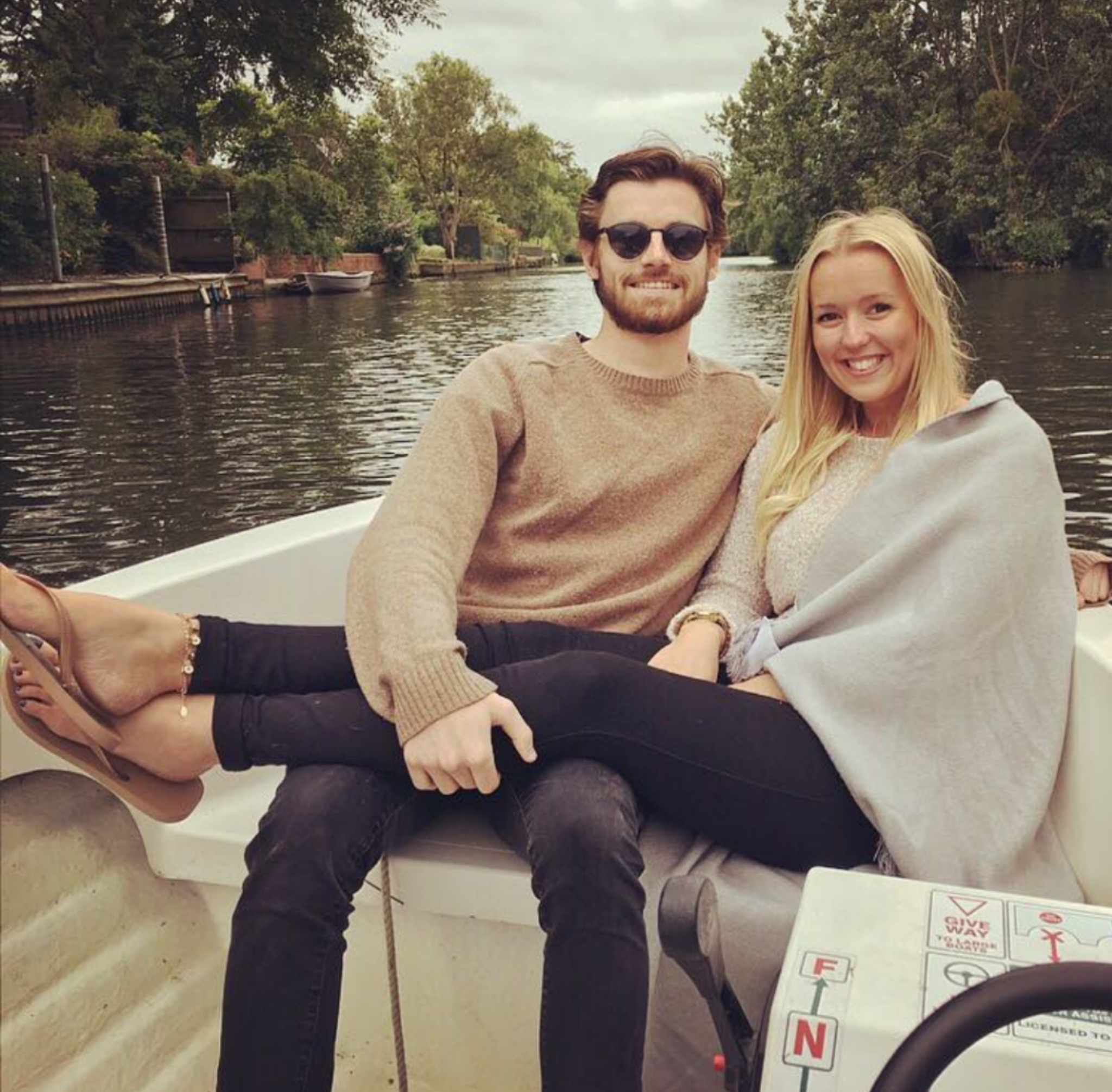 Annie ended up on a night out with Donovan, Will and his best friend Rob.

She says: "I remembered Will as timid and shy as a child, and he was still quiet and reserved, but now there was an instant attraction. I thought he was really good looking.

"We went to Smack, a notorious nightclub in Leamington. Will was really kind and sweet.

"He told me he had been travelling in South America. His family had left Leamington like we had, living in Paris and then Norway because of his Mum’s job.

"They had recently moved back. He was doing a law conversion degree in Birmingham. 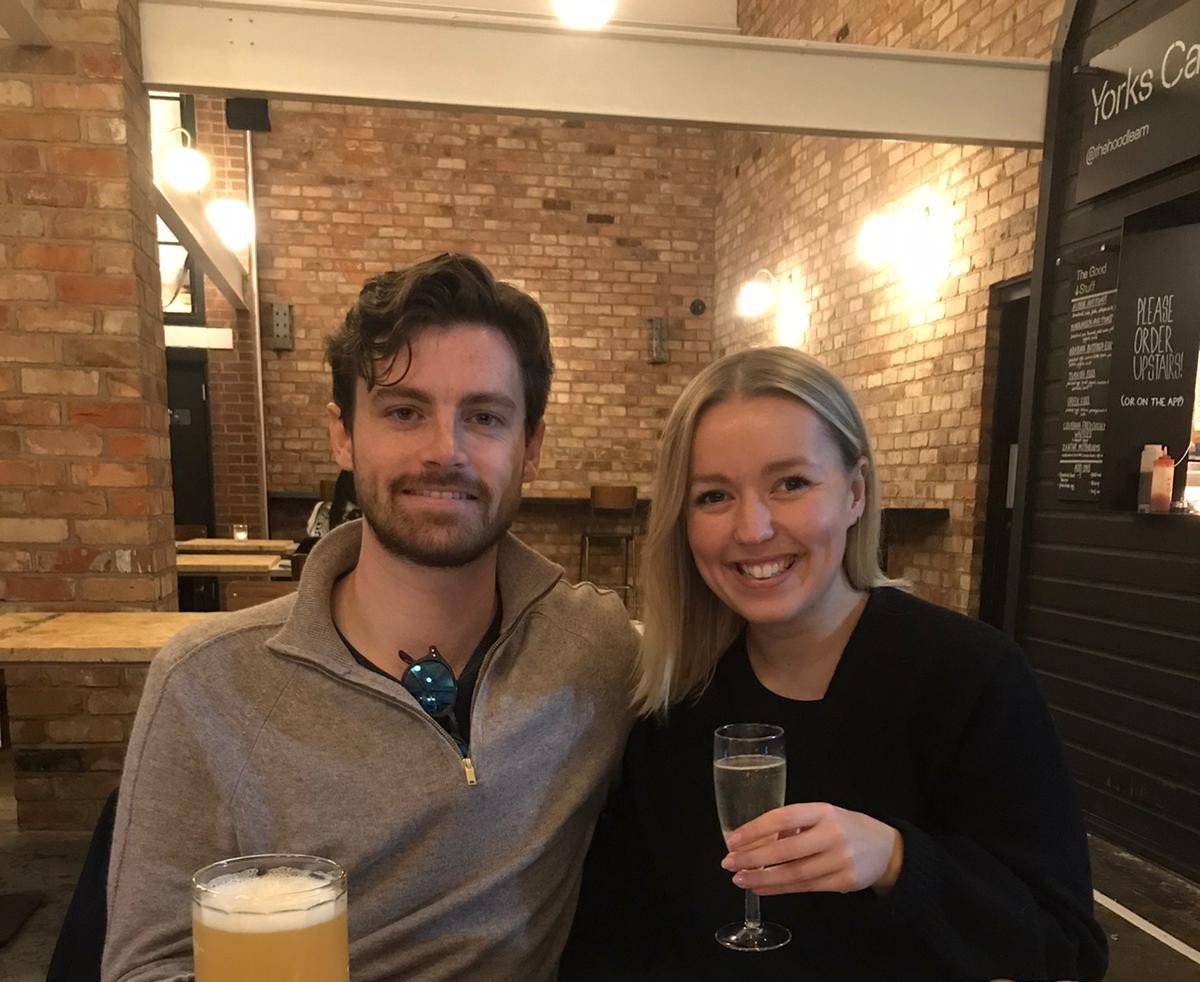 "We had a great night out, and Will and I really got on. We started messaging each other, but he was rubbish at responding.

"It turned out he was so nervous and didn’t want to say the wrong thing, so didn’t say anything.

"I was about to give up, but Donovan encouraged me that Will did actually like me, and eventually we had our first date on the February 6, 2016.

"Mum was so pleased, she loved Will, I was just sad Dad didn’t meet him."

But when her mum found the fateful pic, Annie knew she was ready to take her relationship with Will to the next level.

"He asked me to marry him on Blakeney Beach in Norfolk, where Dad had spent his summers as a child and where his ashes were scattered, it felt so special.

"This has been a hard year for us, I am living with Will in Leamington but I got Covid in March and was really sick with it.

"I am so excited to be getting married to Will, and I know my Dad will be cheering us along from heaven."

We previously spoke to a woman who realised the husband she met at uni was a boy she'd met on holiday aged six.