A COOKERY teacher and self-confessed foodie has revealed how he eats almost entirely for free with his extreme frugal habits.

Ron Maestri has a passion for eating but doesn’t believe you have to spend a fortune to enjoy fine dining. 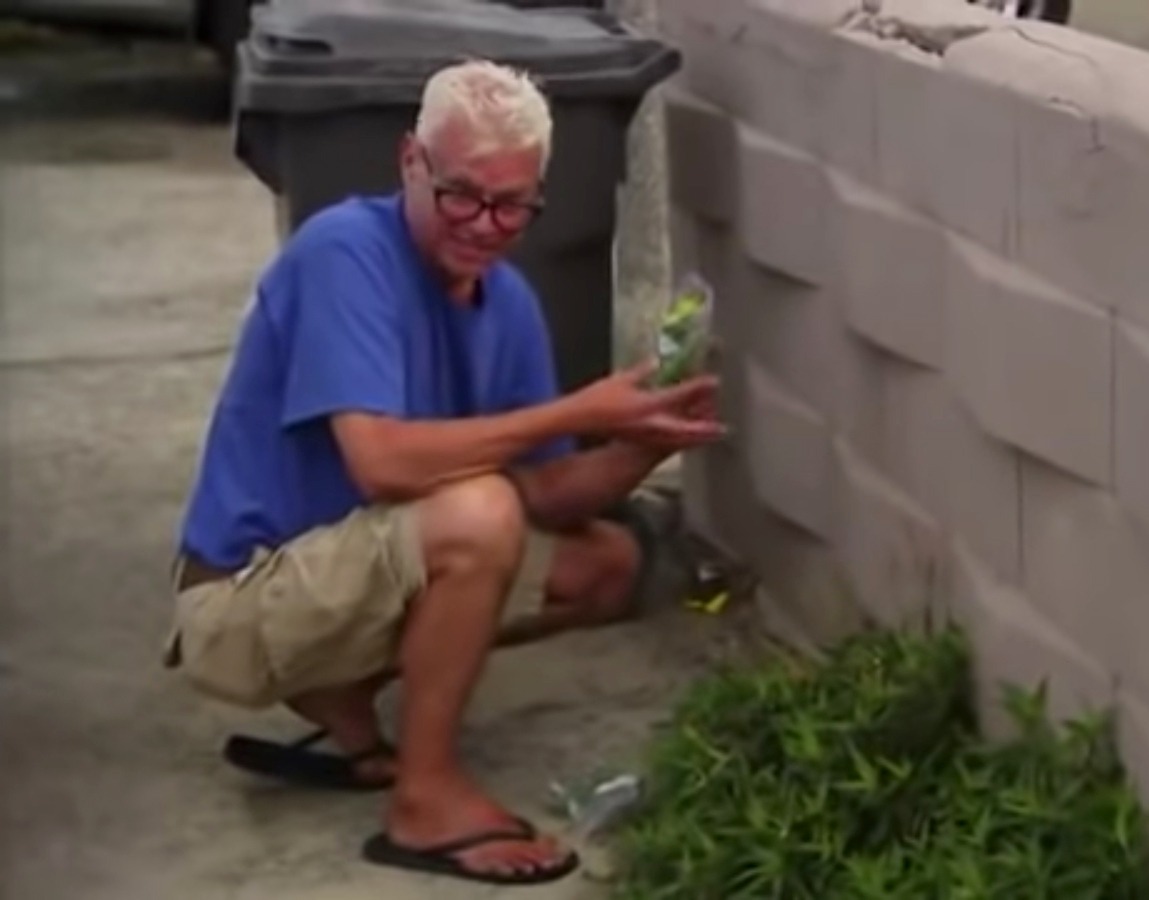 Speaking on TLC’s Extreme Cheapskates, he says: “I’m a foodie, I love everything to do with food, I believe people can enjoy a foodie lifestyle on a cheap budget.”

Ron believes that every dollar spent anywhere other than food is a waste, and therefore has sacrificed buying any furniture.

He sits on the floor and has even constructed a bed out of packing peanuts and bubble wrap.

In fact Ron has spent a grand total of $20 decking out his house and his closet, and admits that he doesn’t even own underwear. 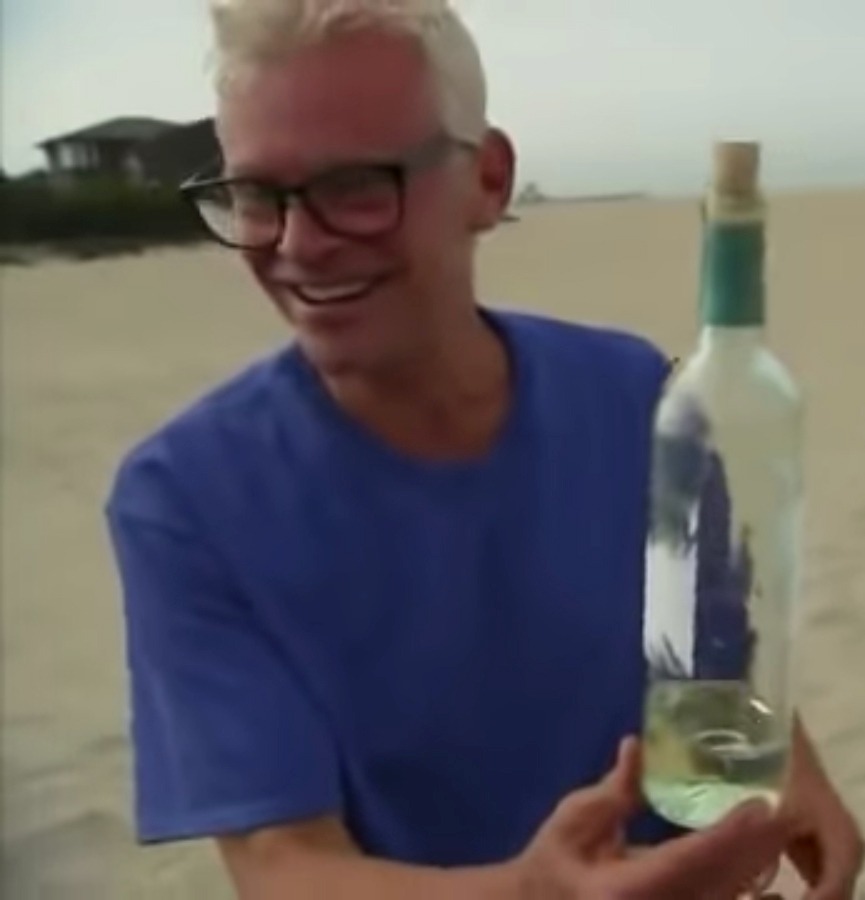 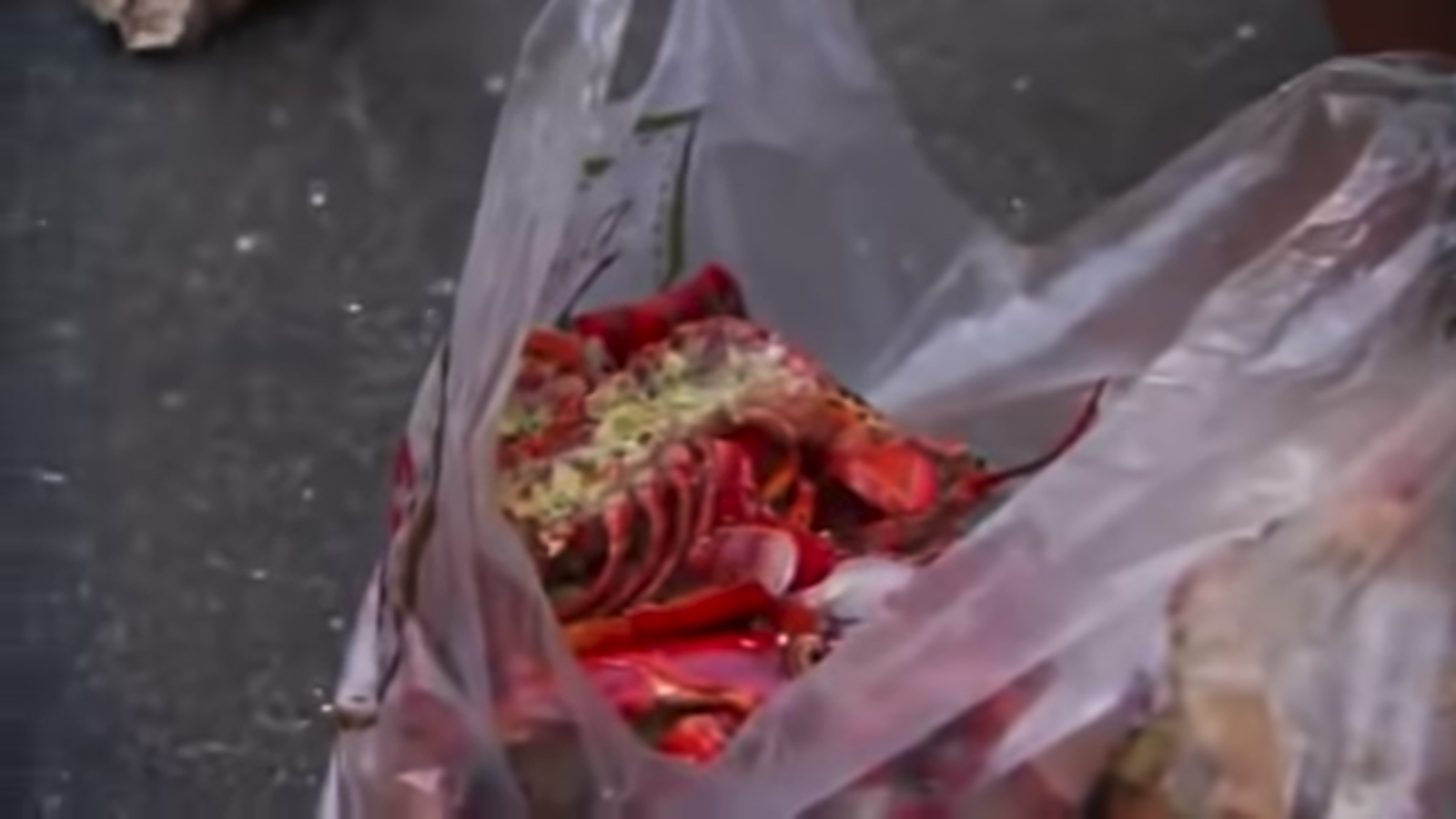 When it comes to supplies for his cooking class, Ron has found ways to get everything he needs for little or no money – including wine for his students.

He explains: “People in Southern California go to the beach a lot and the most important thing is that they drink wine and they throw bottles out that contain wine.”

Ron will collect strangers’ bin ends from the trash and refill his old wine box with the contents.

“This way of finding wine costs you nothing,” he says, “ I can’t think of anything more exciting than getting something for free.” 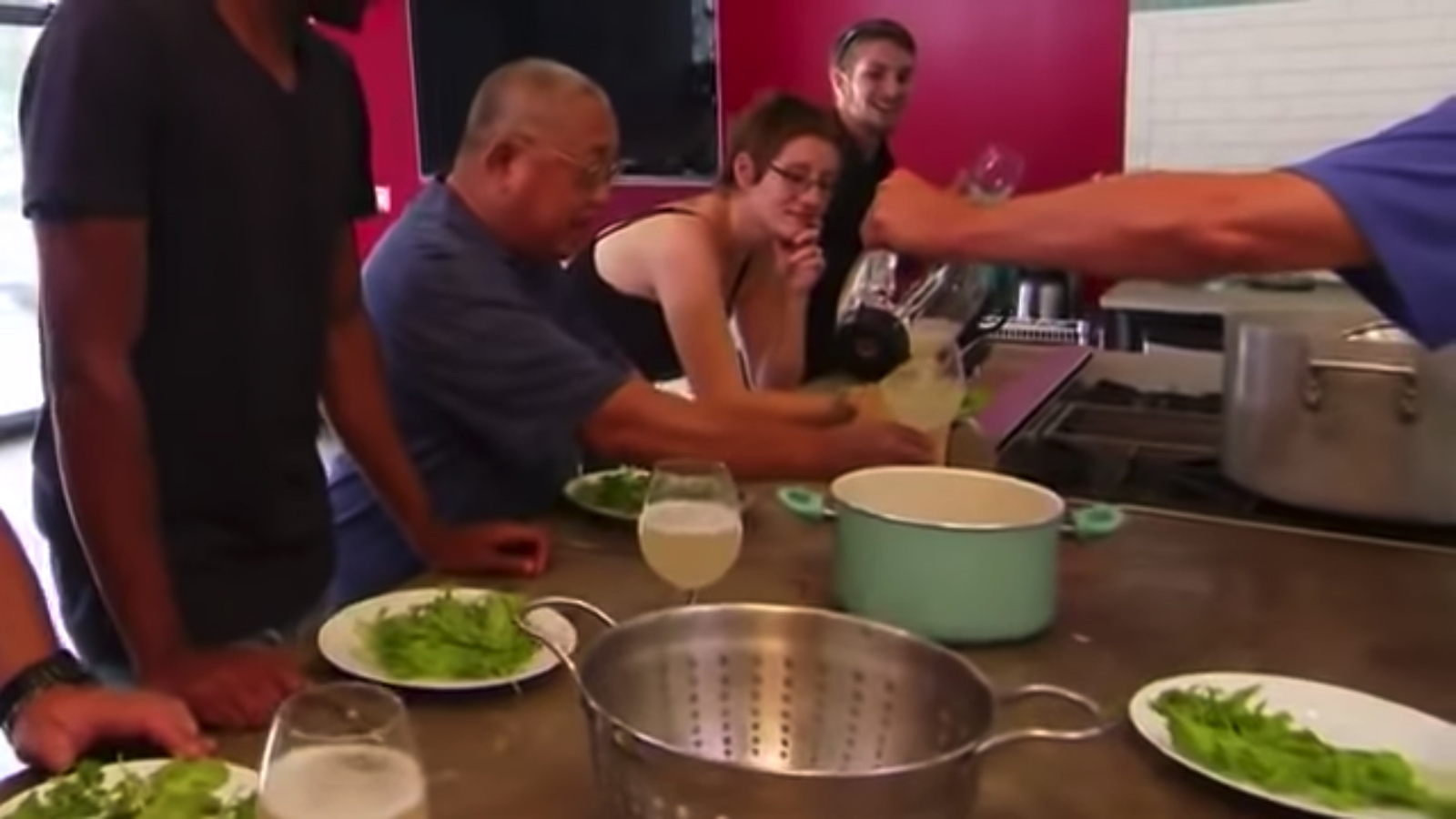 Rather than forking out for pricey herbs, Ron scours the streets of Los Angeles for his ingredients.

He says: “Fresh cilantro costs about a $1.99 a bunch. Papalo is a weed growing all over Los Angeles and it’s known as the summer cilantro.

“By picking wild herbs and vegetables growing in the cracks of the street I would say I save at least $40 a month.”

For his latest cookery class, Ron is going to teach his students how to make lobster thermidor.

But rather than paying $35 a pound for the crustacean, Ron scours the trash of local restaurants and fishes out discarded lobster shells. 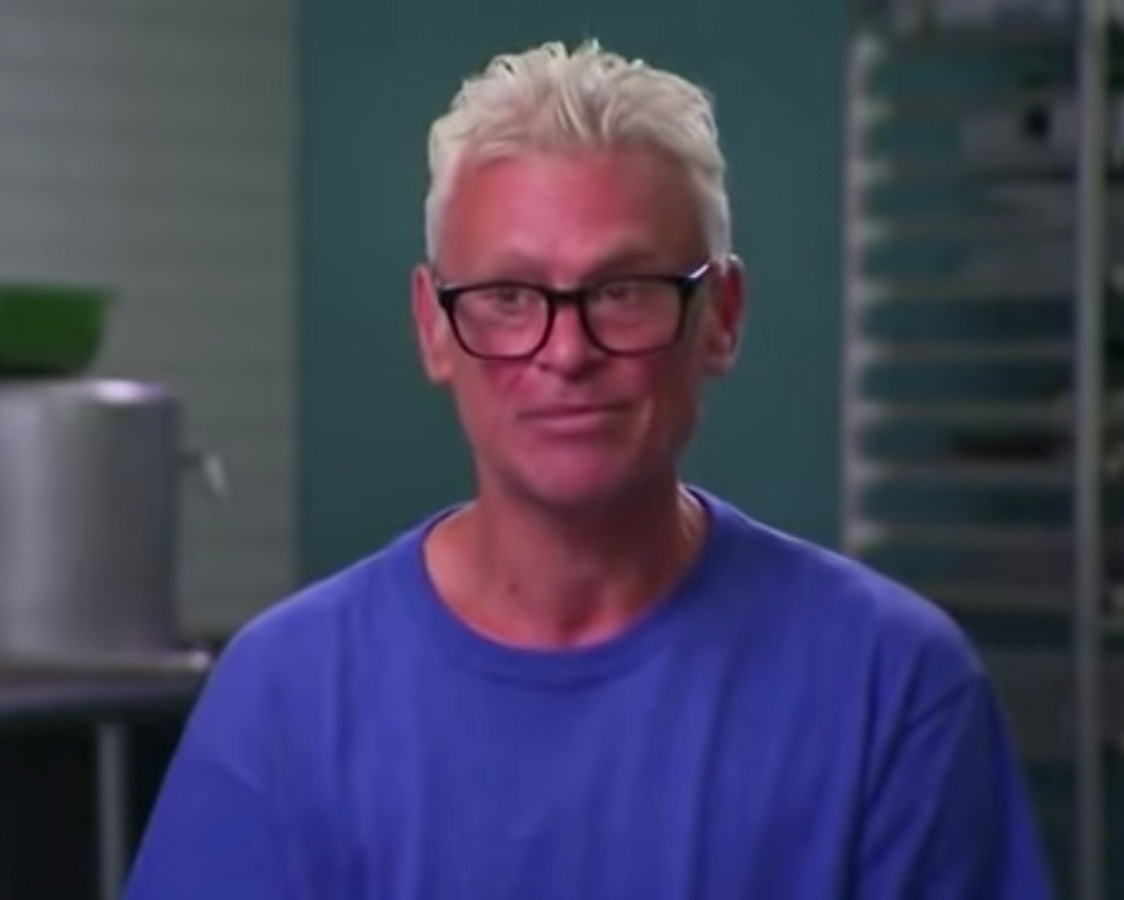 He will then boil them down to create a stock, and rather than using lobster meat, he will flavour canned tuna with the stock.

The meal costs less than $5 for six portions of the tuna lobster thermidor, and amazingly his students were seriously impressed.

“I actually enjoyed the meal a lot, that’s the irony of it that you find out you’re eating everybody’s leftovers,” said one.

Ron added: “I am never gonna stop being cheap because there’s so much pleasure in the reward of people’s gratitude.”