A PROUD couponer who is sick of being described as a ‘hoarder’ says there is nothing wrong with stockpiling and she uses everything she buys.

TikTok user LezCoupon regularly shares videos of the bargains she nabs for a matter of cents with her 20,000 strong following. 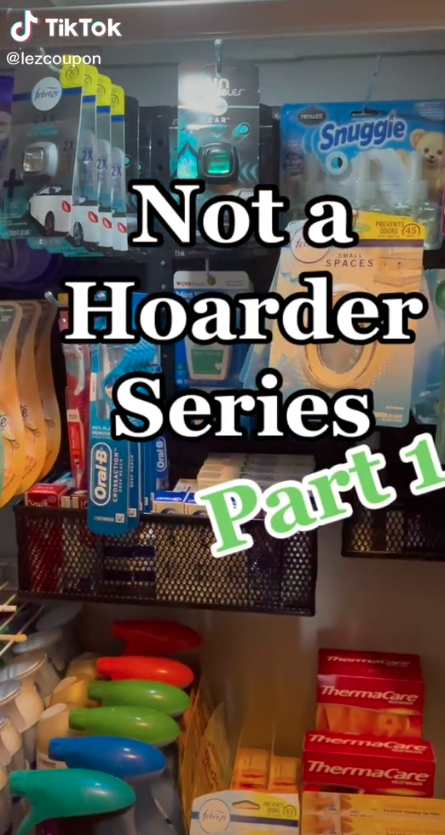 But she recently shared a video defending her huge stockpile after several viewers accused her of hoarding products.

Speaking in the video, she said: “As a couponer I get lots of comments calling me a hoarder, however, a hoarder is defined as someone who can’t let go of items.

“I either sell these items, give them away to family members that use them or use it myself.”

In her arsenal, the couponer has a huge array of goodies from her ‘spray section’ at the entrance of her home, to a collection of unopened cereals that she picked up for less than 50c each thanks to money-off vouchers. 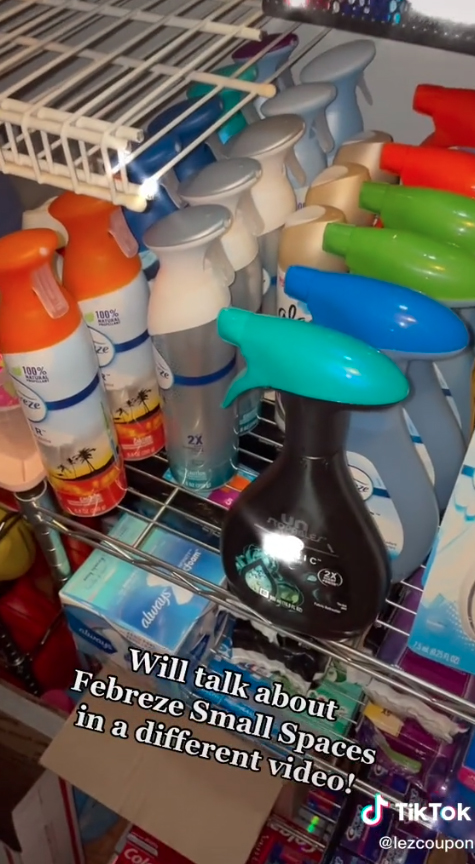 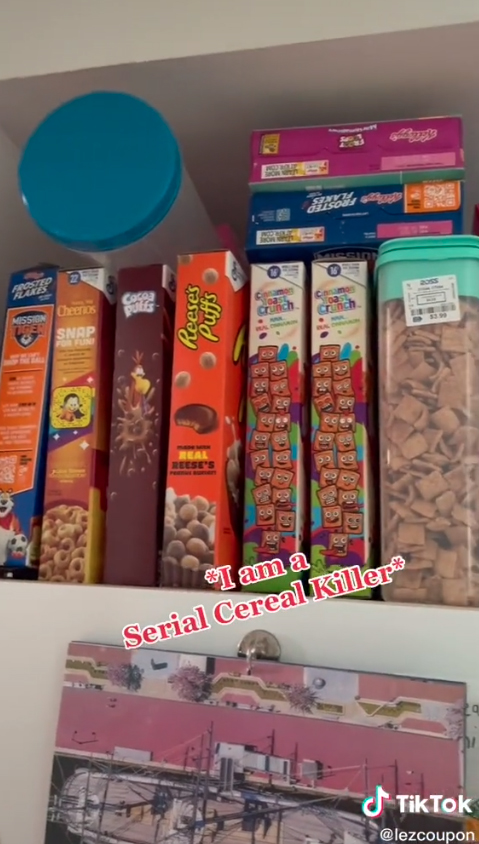 She also boasts an impressive collection of toiletries, both full size and travel size, which she keeps topped up at all times so that she is never caught short.

But the couponer is far from selfish when it comes to her purchases as she has no use for many of the items she buys.

In fact she will often find herself picking up men’s toiletries to pass on to her housemate and hand soaps as a gift for her mother-in-law. 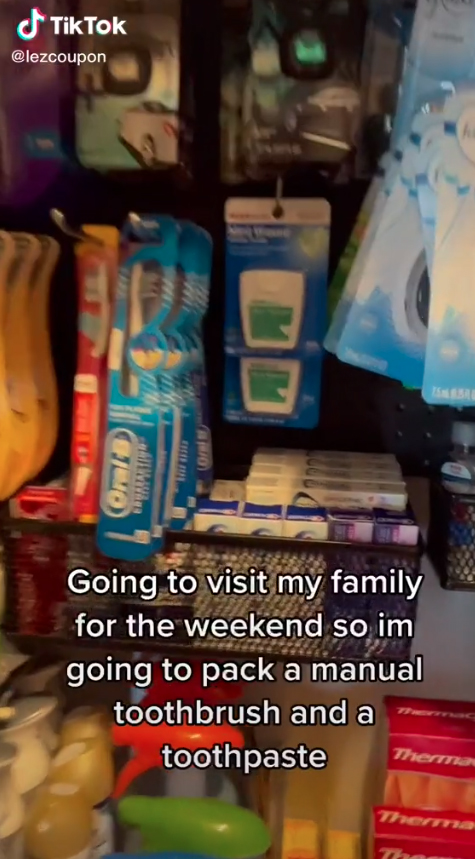