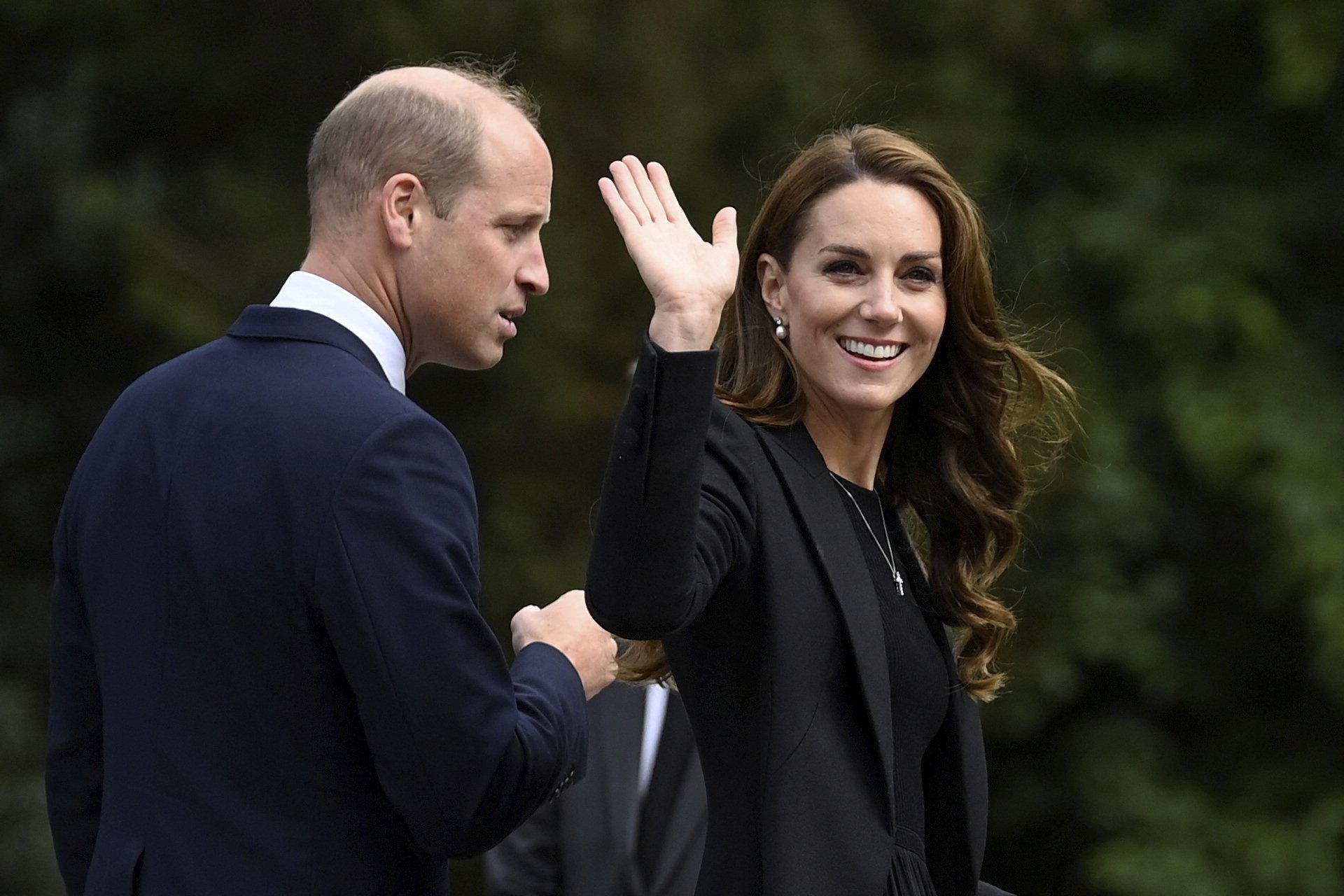 You can’t really picture the royals sharing jewellery, but the late Queen seems to have passed on her diamond and pearl drop earrings to Kate Middleton, the new Princess of Wales.

The Duchess of Cornwall (formerly Duchess of Cambridge) was seen wearing the jewels while joining husband Prince William at Sandringham.

The couple, who inherit new titles as Charles is crowned King, walked around the Sandringham estate, looking at the floral tributes and reading the cards paying respects to the monarch.

This particular pair of earrings, which are reported to have previously belonged to the Queen, has special significance for Kate who has been pictured wearing the pair several times.

The 40-year-old was seen wearing the set earlier this week when she arrived at Buckingham Palace. Today, at Sandringham, she paired the earrings with an elegant black ensemble, wearing a cross necklace to go with it.

The Duchess also donned the jewellery after the birth of Prince Louis in 2018, as well as at public appearances in 2019 and Remembrance Day 2020.

Wearing a pearl necklace to match, Kate wore the diamond earrings as she joined husband William, King Charles, the Queen Consort and the Duke and Duchess of Sussex (Meghan and Harry) to receive the Queen’s coffin at Buckingham Palace.

Thought to have come from the Queen’s very own jewellery box, these earrings are also reminiscent of a pair of diamond and pearl studs given as a wedding present to Elizabeth II by Queen Mary in 1947.

And in a fitting tribute, the Duchess of Sussex, Meghan, also donned a similar pair of pearl earrings gifted to her by the Queen in 2018.

Meghan was pictured travelling by car behind the royal procession, as Princes Harry and William and their father, King Charles III, marched behind Elizabeth II’s coffin.

As is tradition, Meghan was clad in mourning black, with a mesh veiled headpiece similar to the one worn by Kate Middleton.

As the royal couple mourn the death of their matriarch, Kate and William also go through several changes, including ownership of the Duchy estates and new titles.

As Charles ascends to the throne, he and Camilla pass on their titles to William and Kate, the now Prince and Princess of Wales.

A royal source said: ‘The couple are focused on deepening the trust and respect of the people of Wales over time.

‘The Prince and Princess of Wales will approach their roles in the modest and humble way they’ve approached their work previously.’

King Charles, in his first televised address to the nation, said he trusts the prince and princess to successfully carry on the duties.

The King said: ‘Today, I am proud to create [William] Prince of Wales, Tywysog Cymru, the country whose title I have been so greatly privileged to bear during so much of my life and duty.

‘With Catherine beside him, our new Prince and Princess of Wales will, I know, continue to inspire and lead our national conversations, helping to bring the marginal to the centre ground where vital help can be given.’