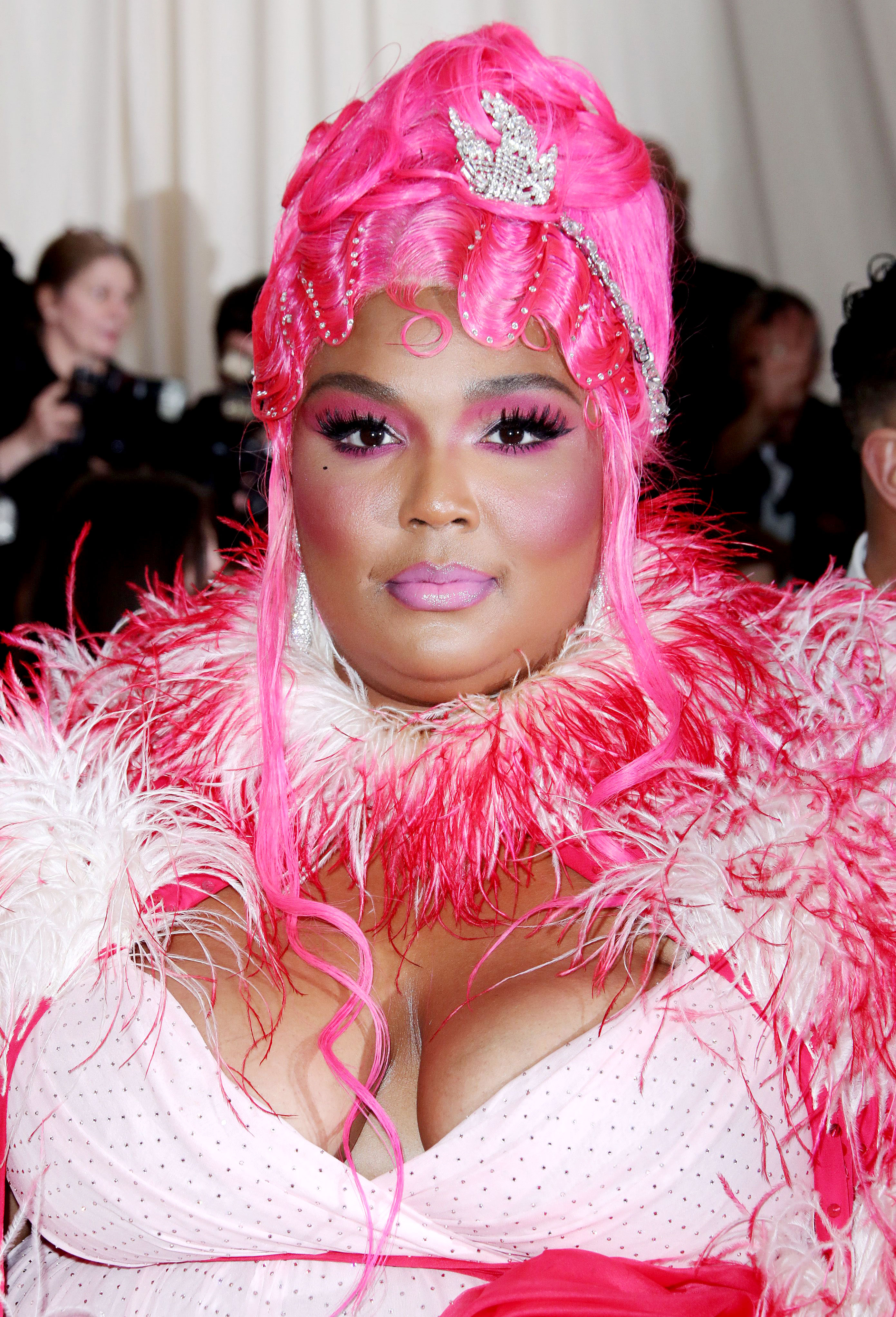 We can’t all have Lizzo’s confidence (though we’re working on it!), but we can now all copy her beauty routine! The  “Truth Hurts” singer shared her entire daily beauty routine in a recent interview with The New York Times.

When Lizzo’s performing onstage, her beauty looks are always daring and bold (cue her super bright yellow eyeshadow from the 2019 VMAs performance). But in real life, the singer’s beauty routine is relatively minimal.

For skin care, Lizzo keeps things simple after an incident in which she slept in her makeup one too many times and ended up with irritation. “I was on the road, and I was sleeping in my makeup a bunch. It was so embarrassing. What am I, a child? And I was waking up and thinking I’m invincible, nothing can happen to me! Then one day my face broke out — not even broke out in acne, but red and irritated. I was like, ‘Oh my God, this is what happens when you party all night and you don’t wash off your makeup.’”

After that horrible experience, her makeup artist, Alexx Mayo, directed her to Sunday Riley products and she’s been using the line — and only that line — ever since. Two products that she specifically points out are bestsellers Sunday Riley C.E.O. Glow Oil and Ceramic Slip Cleanser — though she notes that she’s been using the brand’s entire regimen to keep your skin in check. “I love oils in general,” says the star on her body product preferences. “Black girls, we’re always using cocoa butter, coconut oil and shea butter on our bodies. I’m an oily bitch.” 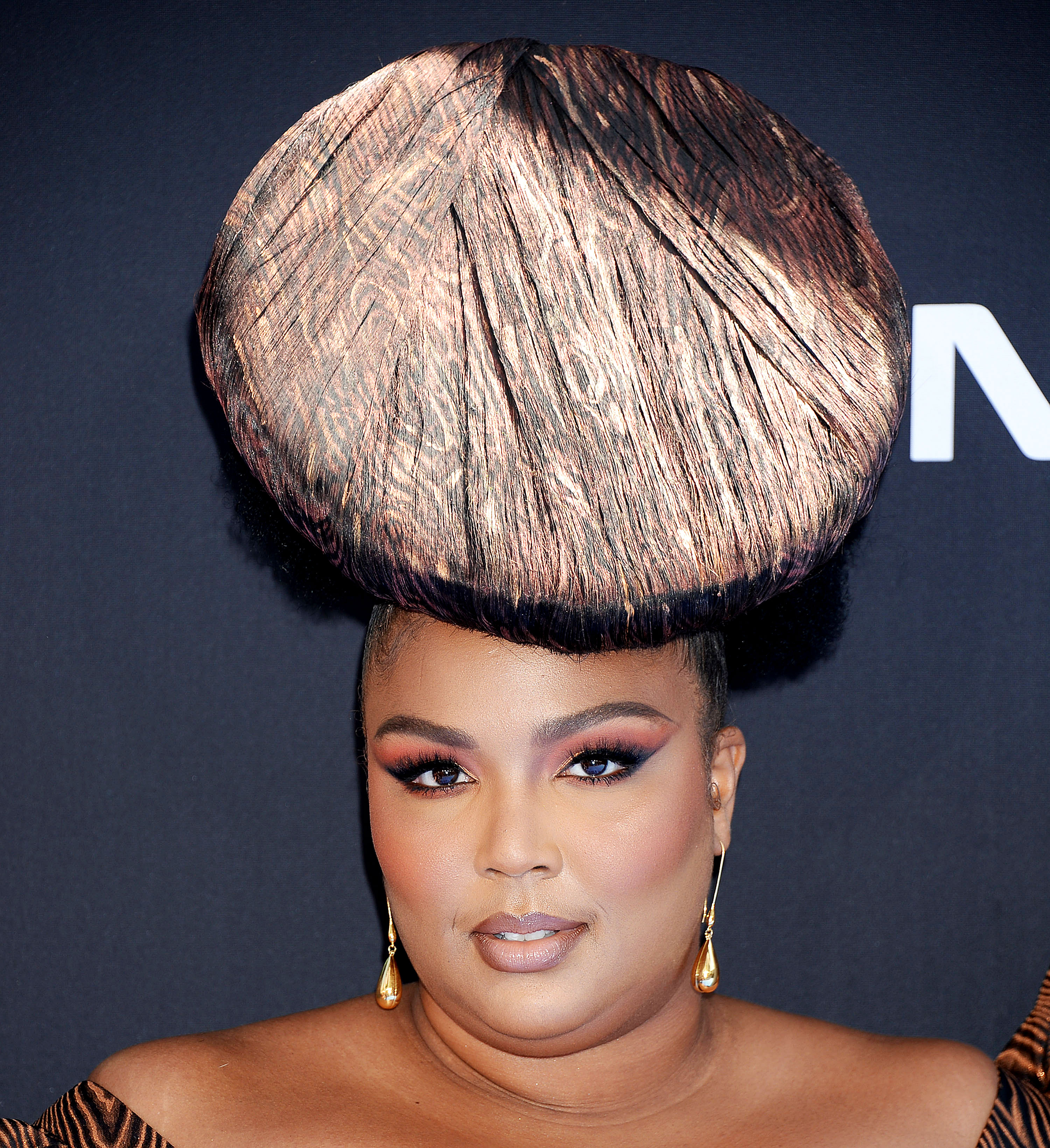 Then, she coats her lashes in Urban Decay Perversion, a formula that’s held cult status ever since it launched in 2014. “I used to do lash extensions, but my eyes got really swollen,” says Lizzo. “So instead of the falsies, I just build a lash. You just got to take some time with it,” she says, “Build a lash, baby.”

These days, the singer skips the highlighter in favor of a more natural look. “I stopped on my days off because (a) I’ve been using the Glow Oil and I think that works better and (b) lately, when I put highlighter on, it’s too much. I’m really into my skin looking naked. I’m trying to honor that my skin looks so good now and rock it.”

Finally, she finishes by perfecting her brows. “I have Urban Decay brow powder,” she says. “It’s hard to find a realistic color for my brows that’s thick enough but also has the right texture to look like the hair on my brows. Eyebrow pencils can be a weird color. This is so easy to apply”

Lily Aldridge On Her New Fragrance Line: ‘Creating Scents Is So Personal’

Lizzo loves her natural hair, but recently, she’s also been testing out something new.  “I’ve been trying to rock more wigs — wig company Dare to Have Hair has been amazing — to let my real hair breathe instead of putting in all these extensions and stuff and straightening my hair,” explains Lizzo. “My hairstylist, Shelby Swain, puts the Mane Choice Daily Hair Dressing in my hair every time she’s about to braid me down for my wigs. It smells really good — it’s got a lemon scent.”