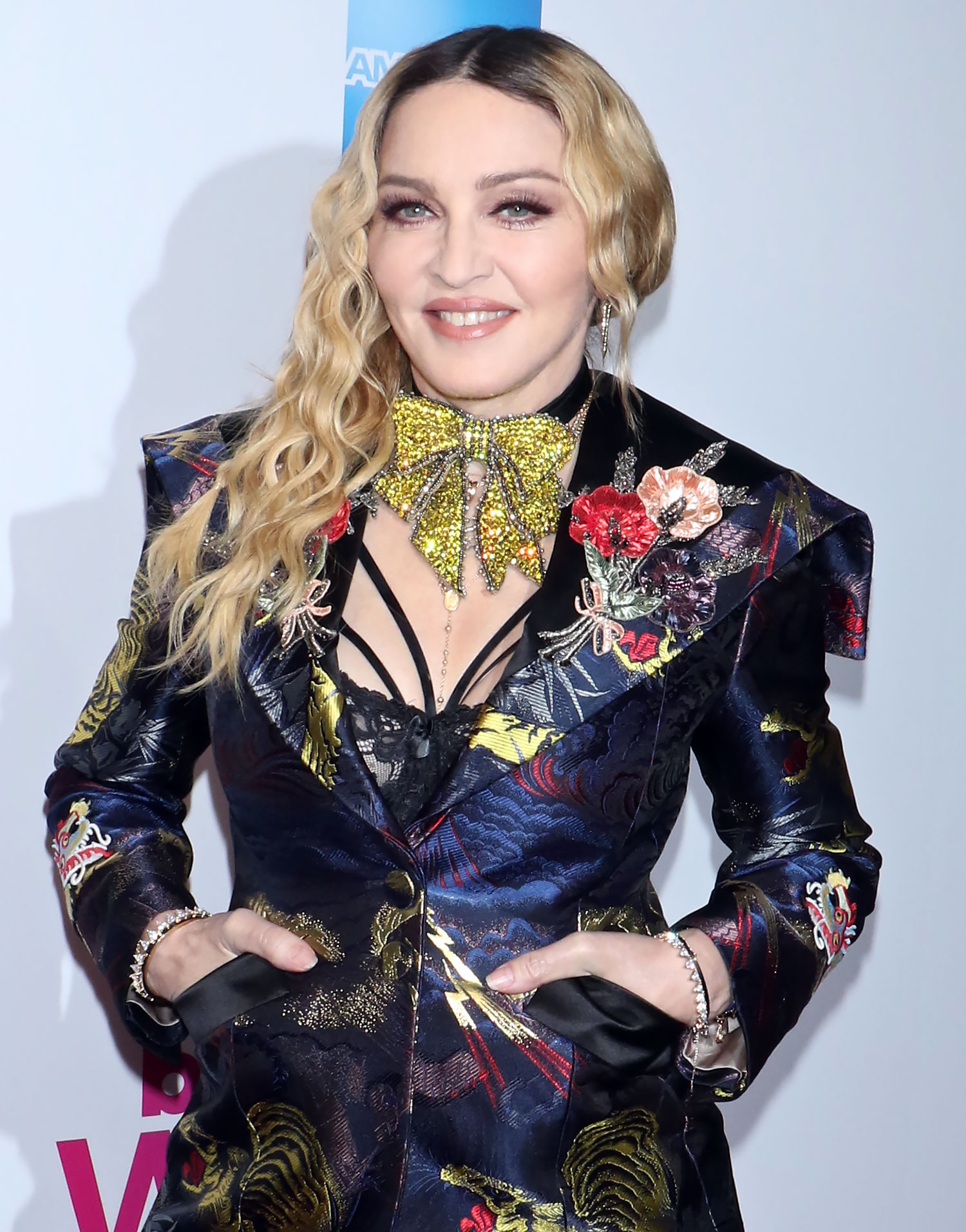 Cheers to tattoos! Madonna added a second tattoo to her collection — and obviously had to break out the bubbly for such a momentous occasion.

Ouch! Machine Gun Kelly Gets a Gory Slash Tattoo on His Neck

The 62-year-old singer had a red “X” inked on her inner wrist in honor of her fourteenth studio album Madame X, which was released in 2019.

“This Revolutionary Business is a Bloody Business! Tattoo #2,” Madonna captioned her Sunday, May 2, Instagram post. The video shared some behind-the-scenes footage from her session with tattoo artist Robbie Ra, a handpoke and machine specialist.

“Does everyone get really f—ked up when they get tattoos so they don’t, like, feel anything? Should I drink more wine?” the “Dark Ballet” vocalist asked in the video while sipping on a glass of white.

It seems that Madonna’s pain tolerance for tattoos isn’t all that high, as she was fairly outspoken about the discomfort that came along with her new, “blood red” ink.

“Ow, ow, ohhhh, ooo that hurts,” she said as Ra started in with the needle. “Even if I complain, don’t feel like you have to stop. Because I’m used to people hurting me and I’m also used to being in pain.”

Thankfully that pain was worth it in the end because Madonna’s ink looked next-level cool when all was said and done. At the end of the video, the star proudly flashed her bright red tattoo and said, “Power to the people.”

Fans were quick to show their approval of the star’s ink, jumping into the comments section. “That’s a lovely tribute to everything you are, everything you’ve been, and everything you have yet to be. It looks great, M. And so do you,” one fan wrote.

Others pointed out the fact that the “God Control” singer seems to be embracing her era of tattoos later in life.

One person chimed in: “Tattoo is a path of no return, we are addictive.” Another added: “I love that you started getting tattoos in your 60s. It’s punk rock, baby.”

Madonna got her first tattoo in December 2020. At the time, the “Like a Virgin” singer turned to tattoo artist East Iz at the Shamrock Social Club studio in Hollywood.

The star took to Instagram to show off her inaugural ink, which featured the first letter of her six children’s names inked onto the inside of her left wrist. The “Like a Prayer” vocalist shares daughter Lourdes Leon, 24, with former partner Carlos Leon, and son Rocco Ritchie, 20, with ex-husband Guy Ritchie.