MEGHAN Markle has shared her "personal favourite" poem which encourages women to "not give a f**k" about their beach bodies in the latest issue of Vogue.

The Duchess of Sussex, 37, guest-edited the September issue of the fashion bible which is centred around "Forces for Change". 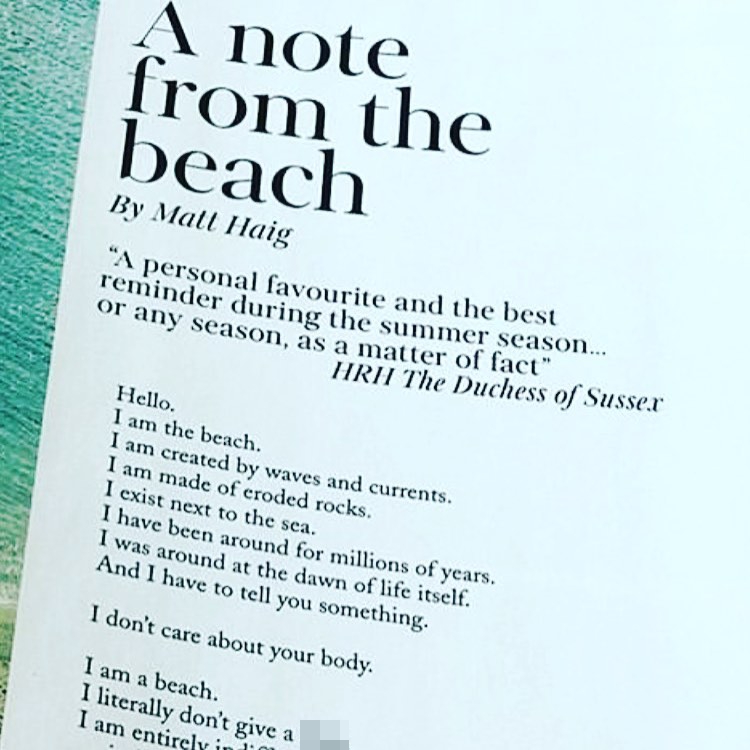 The short piece – titled A Note From The Beach – was written by mental health campaigner and author Matt Haig and first appeared in his 2018 memoir Notes on a Nervous Planet.

The Reasons to Stay Alive author – along with actress Jameela Jamil and journalist Bryony Gordon –  was one of the only people the Duke and Duchess of Sussex followed on Instagram for Mental Health Awareness Month in May.

Introducing the short poem, the Duchess wrote: "A personal favourite and the best reminder during the summer season… or any season, as a matter of fact."

Written from the perspective of the beach, the opening of the poem reads: "Hello. I am the beach. 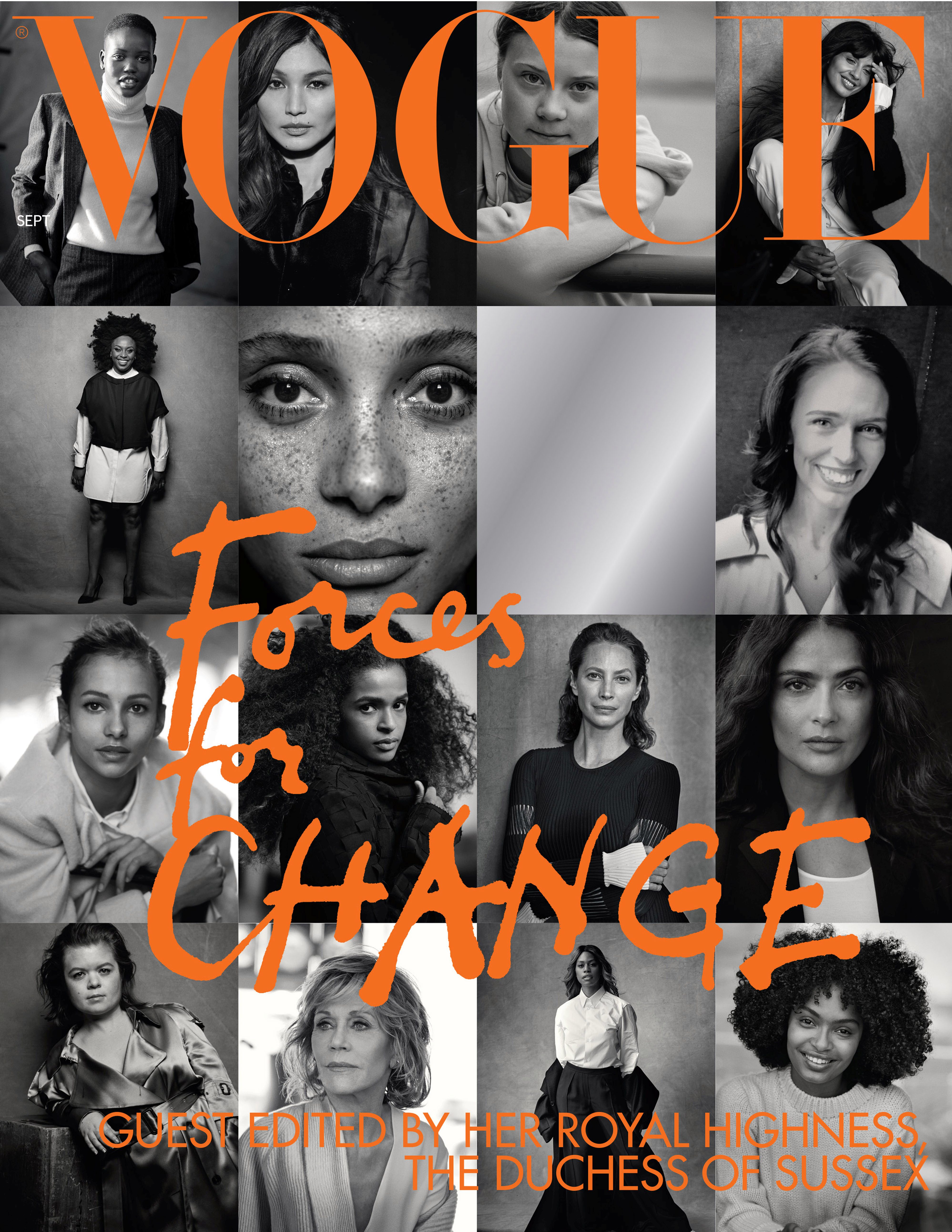 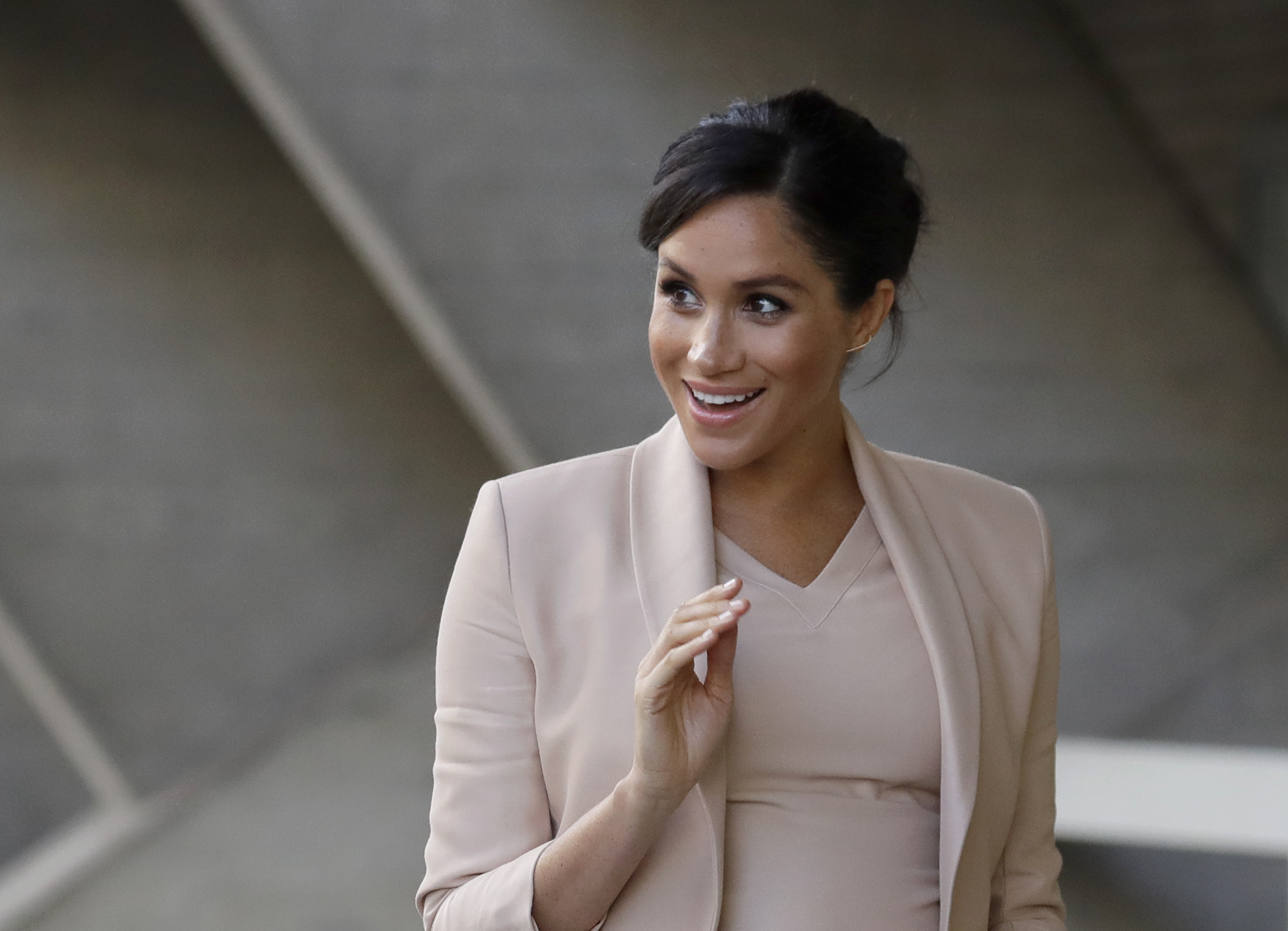 "I am created by the waves and currents. I am made of eroded rocks. I exist next to the sea.

"I have been around for millions of years. I was around at the dawn of life itself. And I have to tell you something.

Along with this body positive piece, Meghan also included Good Place actress and I Weigh campaigner Jameela Jamil in her Vogue issue.

The former Radio One DJ has gained almost 800,000 followers on Instagram for her body positivity campaigner and posted a spoof video mocking celebrities who promote "detox products" last November.

In more Royal Family news, Meghan Markle wants us all to give her the gift of "kindness" and "happiness" for her birthday wish.

And Meghan Markle's "woke political agenda" is causing "problems" for the Royal Family, a commentator has claimed.