A MUM was shocked to discover that she had become pregnant with twins while already pregnant.

Rebecca Roberts, 39, fell pregnant with daughter, Rosalie, when she was already carrying her son, Noah. 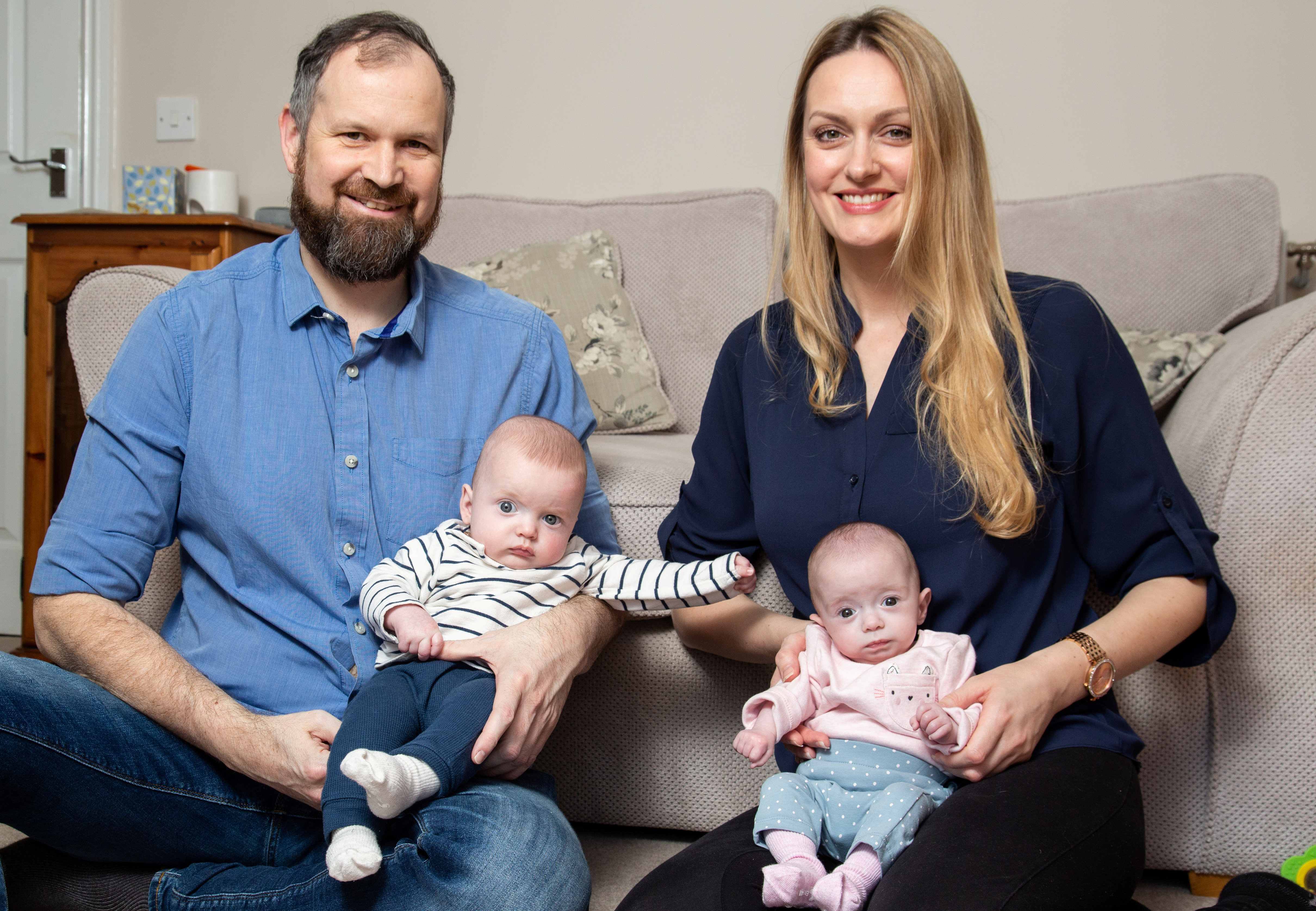 Tests revealed that Rosalie had been conceived while Rebecca was three weeks pregnant with Noah.

She gave birth to both babies on the same day, meaning Rosalie is slightly smaller than her big brother.

The phenomenon – called a ''superfetation'' – has only been reported a few times in medical history, mostly in women having IVF.

It happens when an egg is fertlised by sperm and implants in the womb just days or weeks after another one.

This is extremely rare – and considered by some as impossible – because while a woman is pregnant her body and hormones prevent another pregnancy from happening.

Rebecca, a children's clothes maker, was told it may have happened because she was taking fertility drugs, which cause the ovaies to release more eggs.

She couldn’t believe it when she was told by doctors at a 12-week scan for Noah. 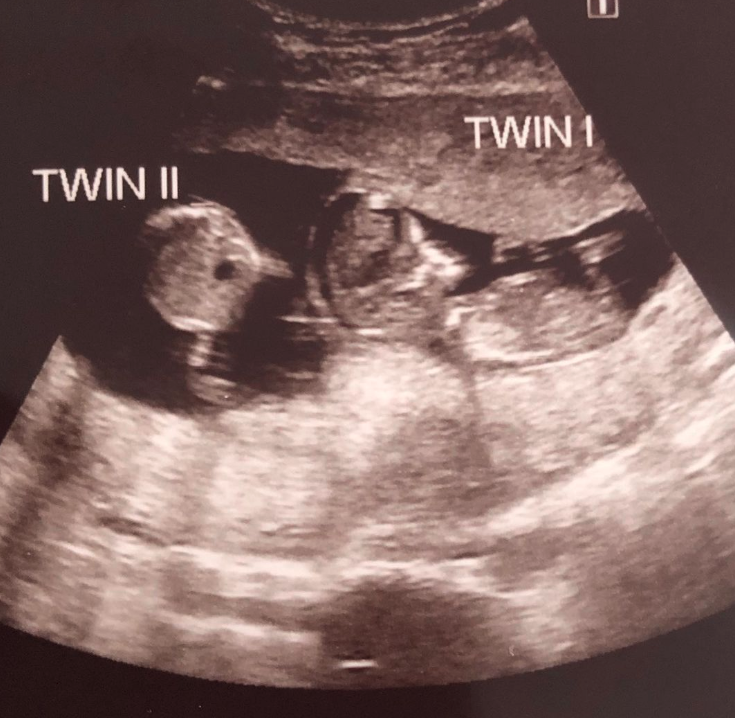 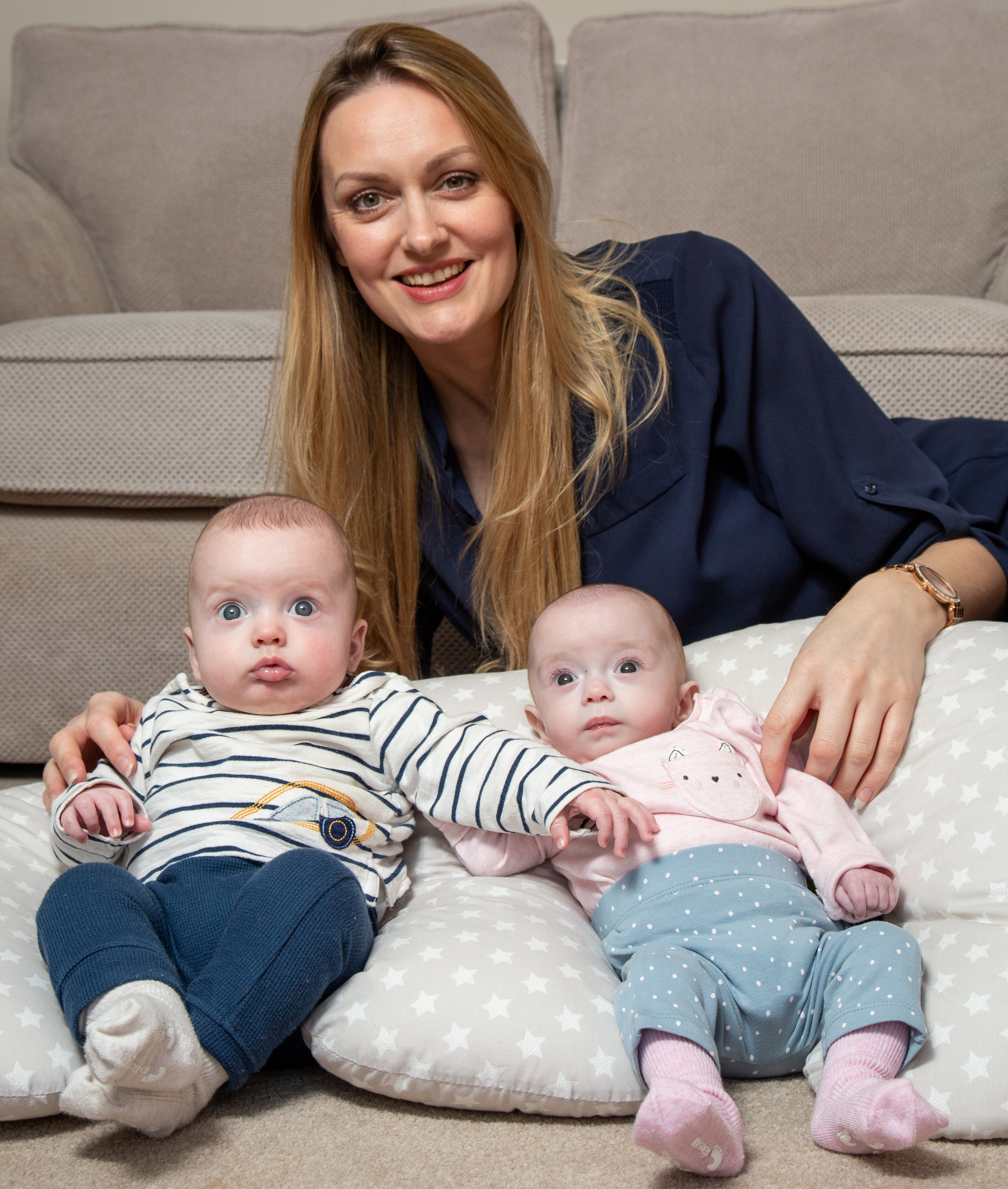 "I had just been having a conversation with the sonographer about my previous scan so she was aware that I was only having one baby so she was so silent, I thought something awful had happened because she didn't say anything.

"Then she looked at me and said did you know you're expecting twins.

"My heart skipped a beat, I actually said to her is his real?

"She couldn't get any measurements of the little baby because she was so small so she got me to go out into the car park and jump around to try and get the baby to move a bit.”

Rebecca’s husband Rhys Roberts, 43, was waiting for Rebecca outside because of coronavirus restriction.

Rebecca said: "He didn't believe me until he looked at the pictures and said nothing.

"He saw twin one and twin two on the picture and he was just as shocked as me.

Rebecca's consultant tried to work out why the mystery twin appeared after her 12-week-scan. 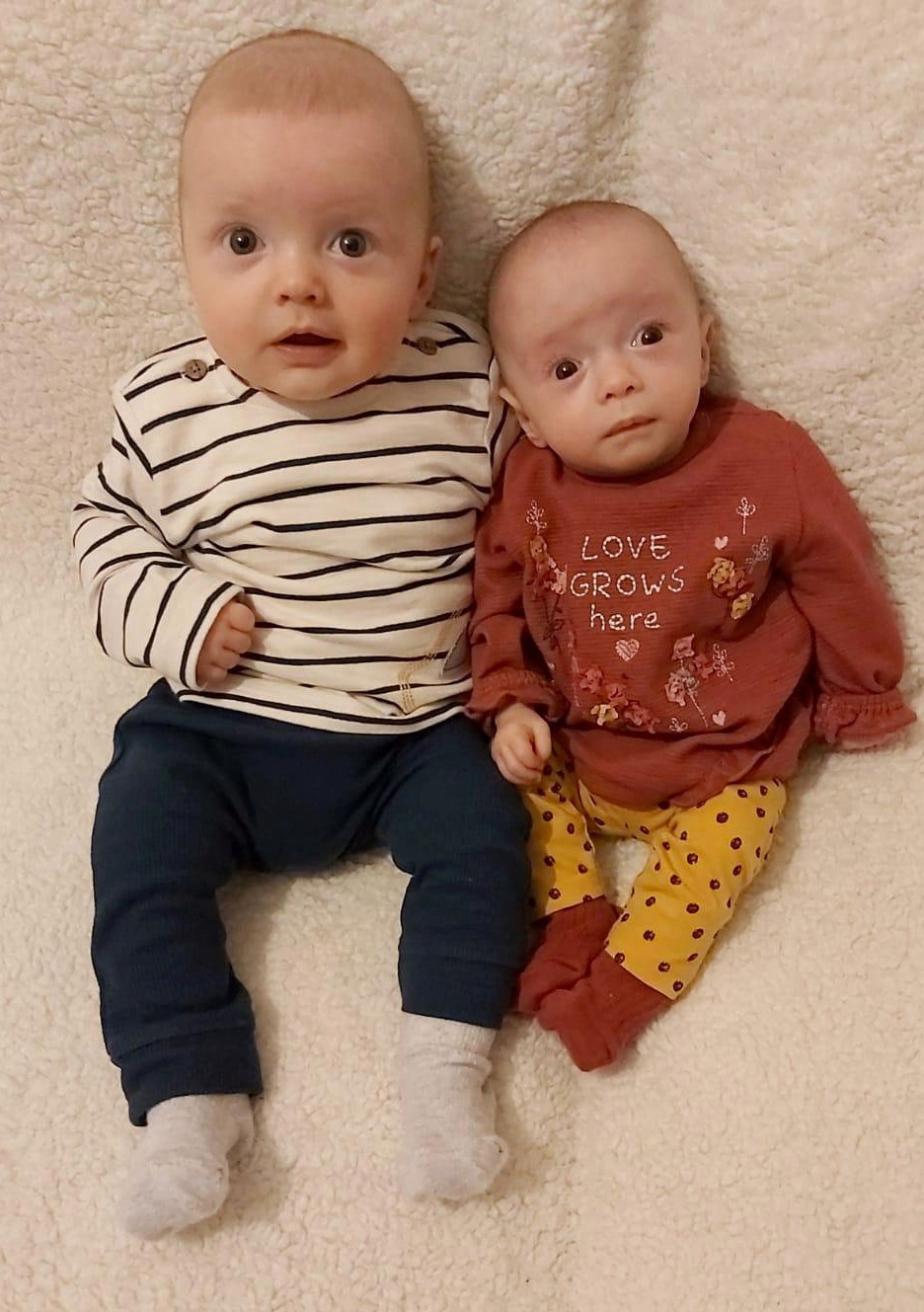 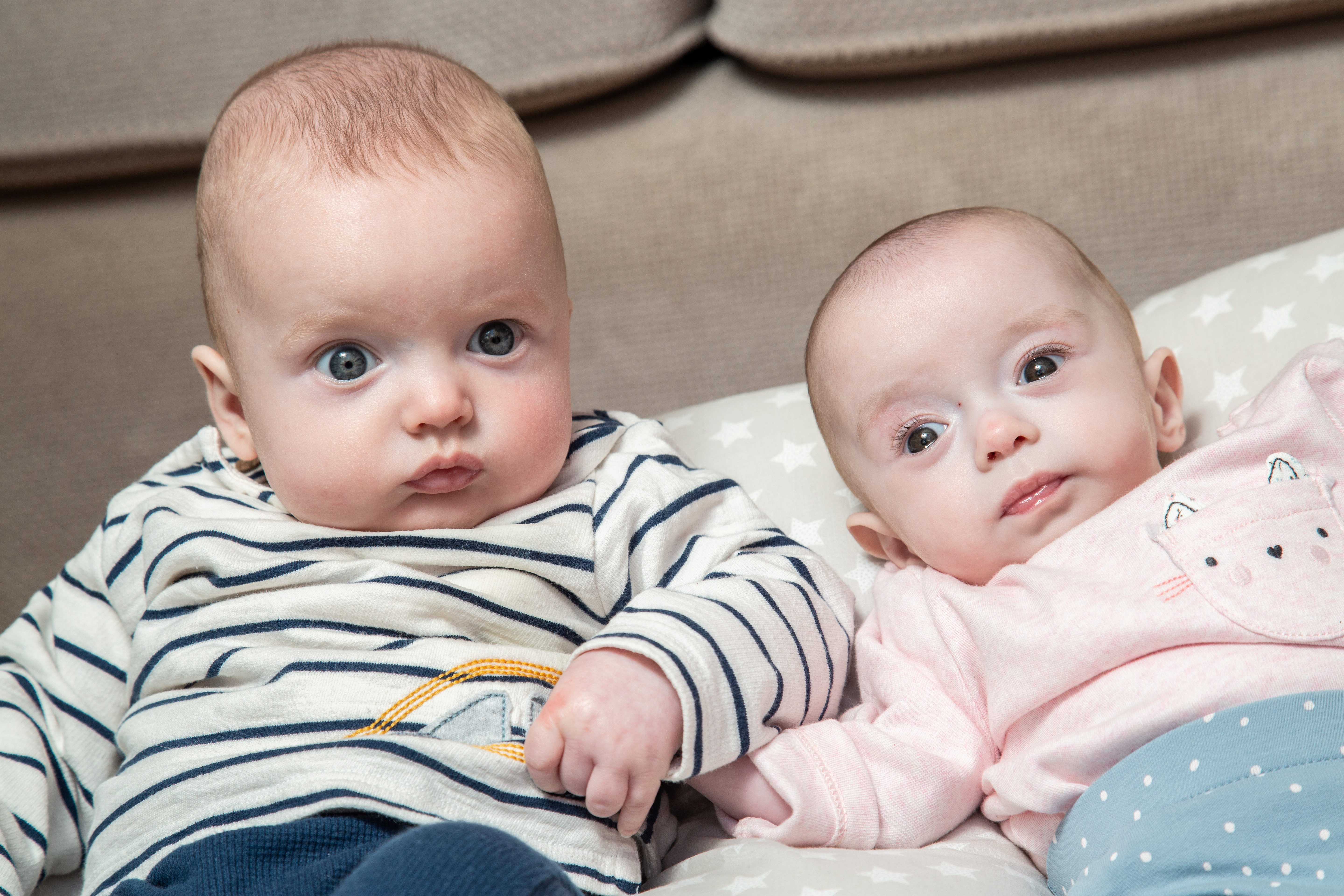 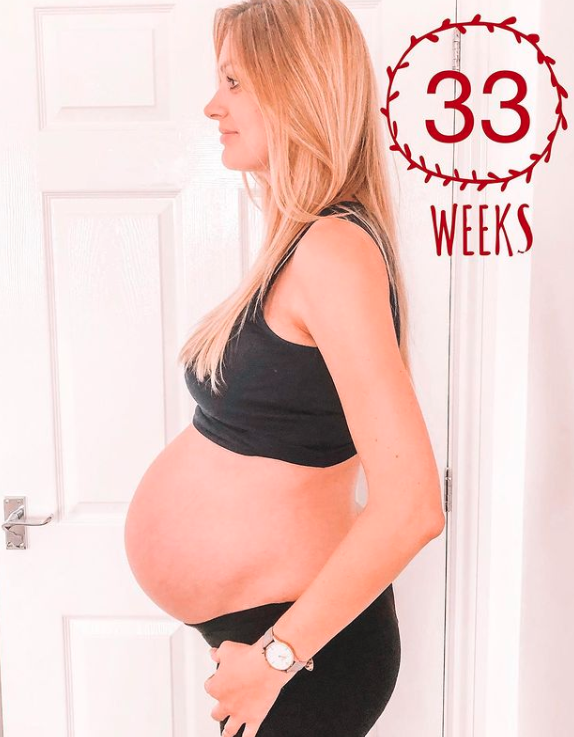 How do superfetation twins happen?

Superfetation is extremely rare because once a woman is pregnant, her body prevents another pregnancy from occurring.

For the event to happen, three things must take place, according to Healthline.

The occurrence of all three events is so unlikely that superfetation is considered by some to be impossible.

It may not be possible naturally, but women who have been undergoing fertility treatment make up most of the medical cases in literature.

According to a French study in 2008 there were less than 10 documented cases worldwide. It is not clear how many have been reported in the 13 years since then.

It could have been possible Rosalie was undetectable to begin with – sometimes a twin can’t be detected with an ultrasound because they are behind the other baby, it is so early in the pregnancy or simply due to human error.

But Rebecca said doctors concluded a rare superfetation event had happened, partly because Rosalie was smaller but still growing at a healthy rate.

Rebecca said: "I didn't even know that existed. Even my midwife found it baffling.

"It was a massive shock finding out about the twins so we waited until they were born to find out about their gender.” 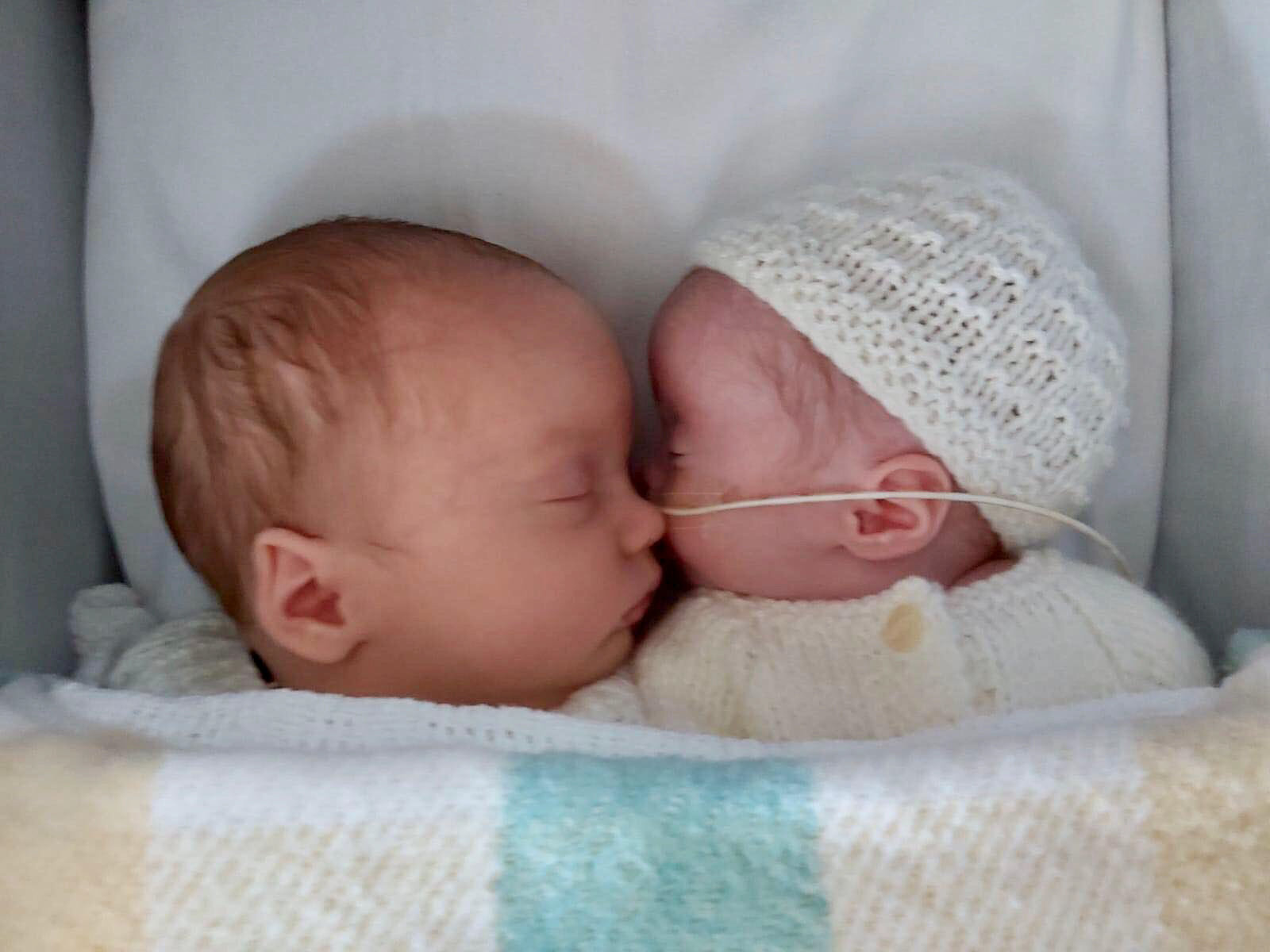 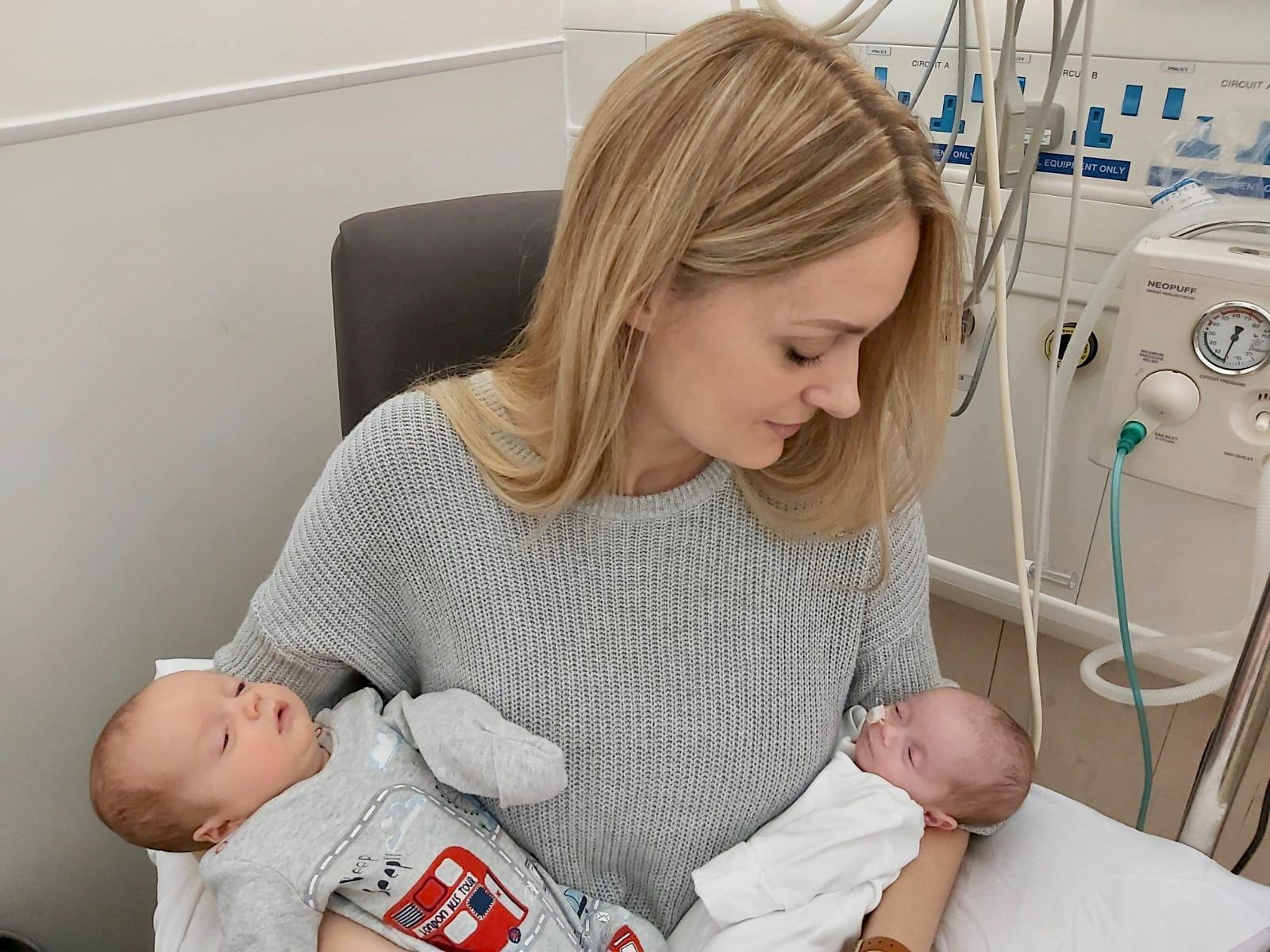 Rebecca had her twins at the Royal United Hospital in Bath on the same day, despite being conceived three weeks apart.

A problem with Rosalie's umbilical cord meant the twins had to be delivered sooner than planned, when Noah was 33 weeks.

Rebecca gave birth to Noah, 4lb 10oz and Rosalie 2lb 7oz via C-section on the 17th of September with Rhys by her side.

Rosalie was transported to St Michael's Hospital in Bristol for 95 days where she was cared for in intensive care.

Rebecca said: "It was such a relief as we were always worried that something terrible would happen to Rosalie as she was so much smaller.

"I was really really nervous during the birth but when they were born they showed them too which was amazing. 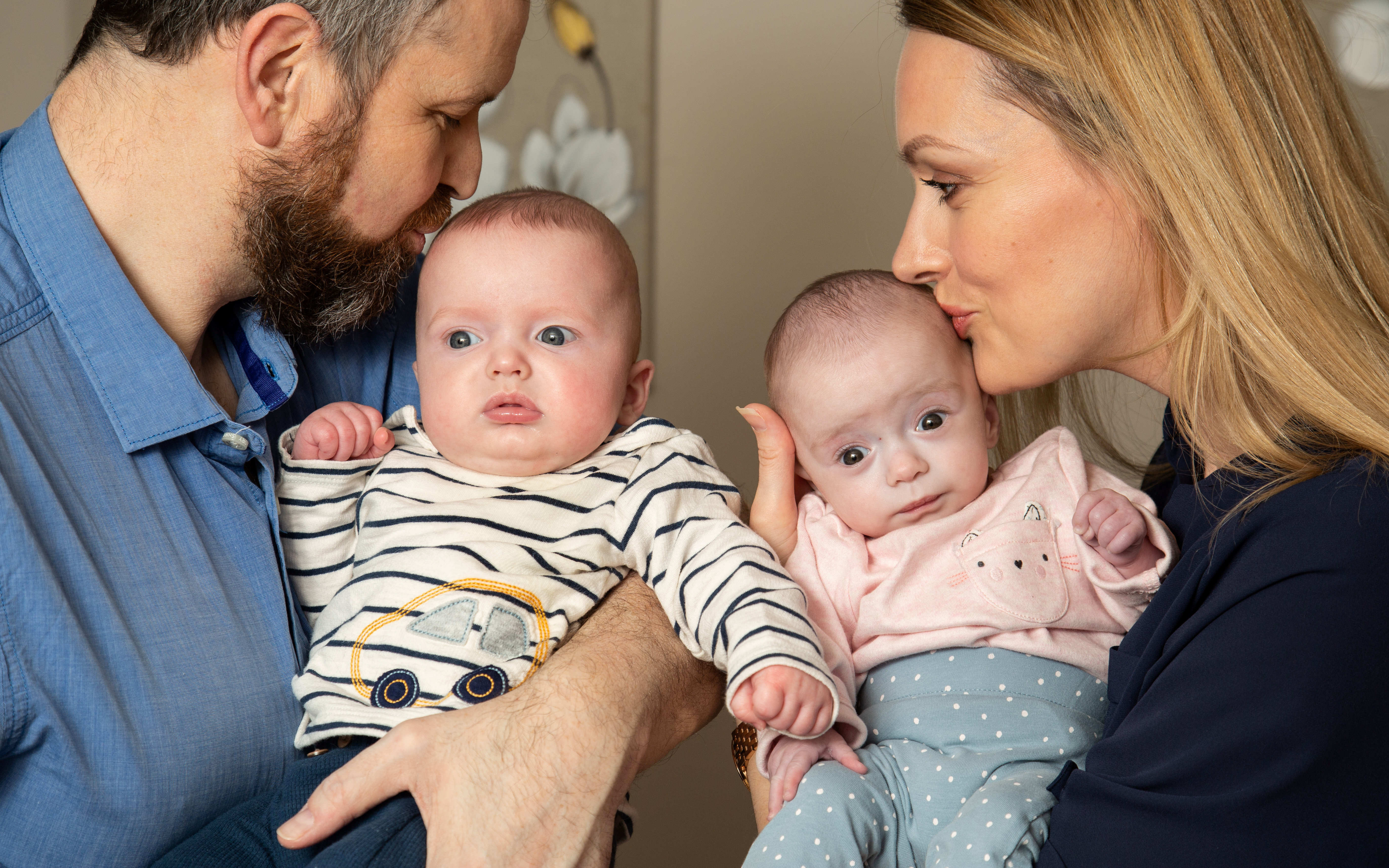 "After they sewed me up they took to me to NICU to see them which was lovely.

"They were just beautiful, especially Rosalie she was so small her nappy came up to her armpits.”

Noah remained in Bath for three weeks and three days before going home to meet his 14-year-old sister Summer.

Rebecca said: "We feel really lucky, it's so lucky to have twins anyway but to have such special twins, it's so lovely, it's wonderful, they are a blessing."

Loving mum Rebecca documents their progress at home on her Instgram @roberts.supertwins.

She said: "It was amazing to finally have them all home.

"It was hard work going between hospitals to see them for a while but when they finally home was fantastic.

"It was everything we wished for.

"It is hard work having twins but now having the family is together it's amazing.

"Our lives started then after so much worry and we feel like the luckiest parents ever."