MUMS have been showing off the huge hauls they have got from supermarkets for as little as £1.

A savvy shopper uploaded a collection of £20 worth of Asda goodies, which they picked up for just a pound. 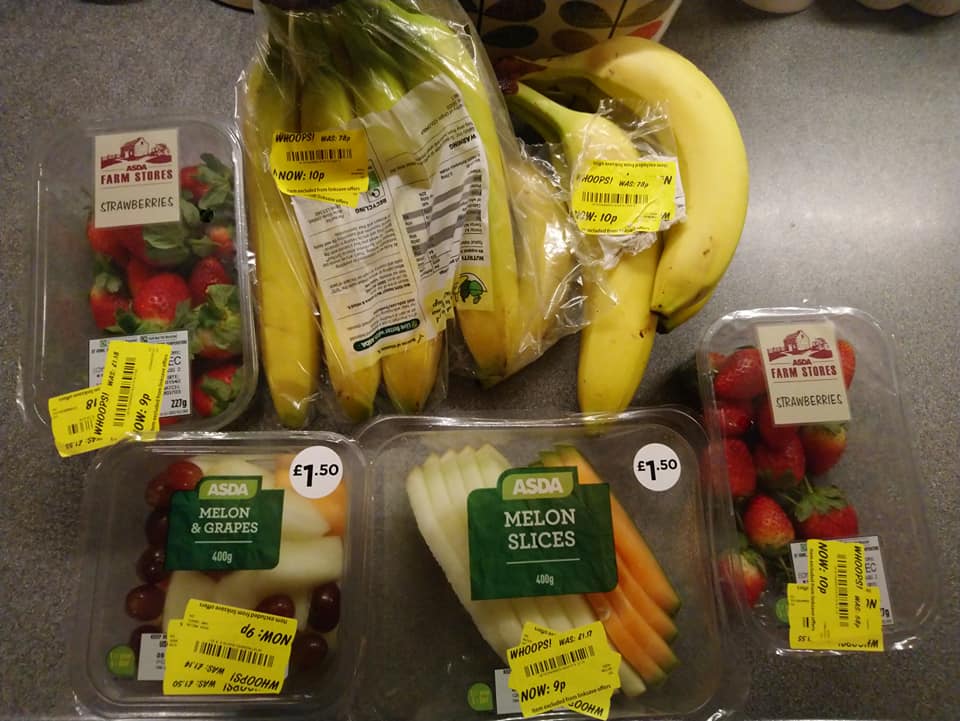 Taking to the Facebook group Yellow Sticker Family Cooking Community, they showed off their bargain haul.

“Making Leek and potato soup and vegetable soup. Prawn salads for lunch and sharing the fruit with our daughter.”

They aren’t the only person to have walked away with a bumper discounted shopping basket. 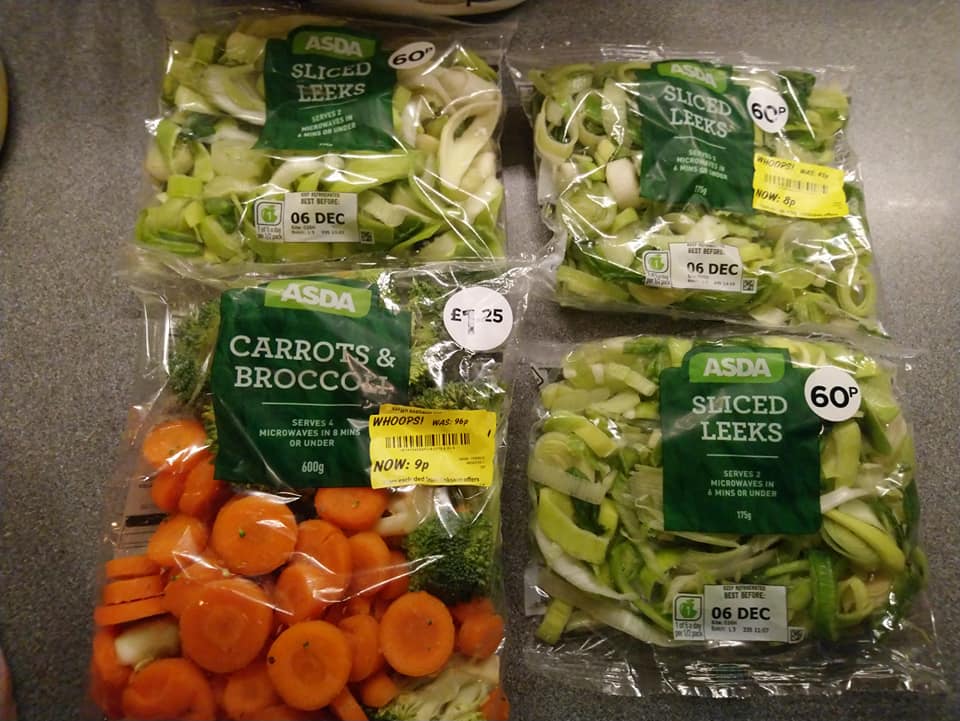 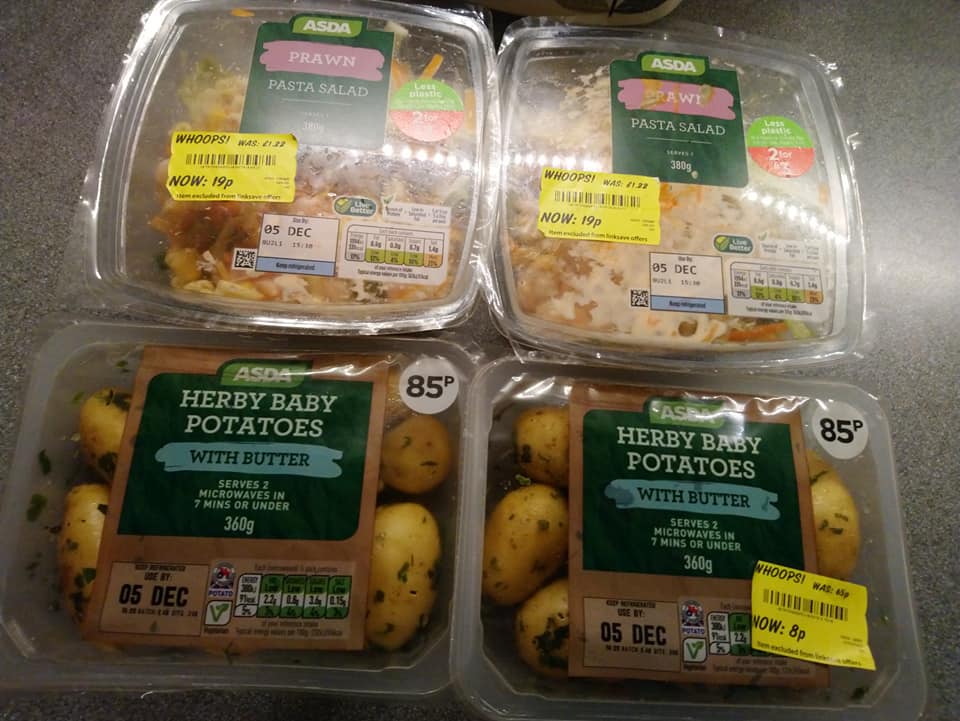 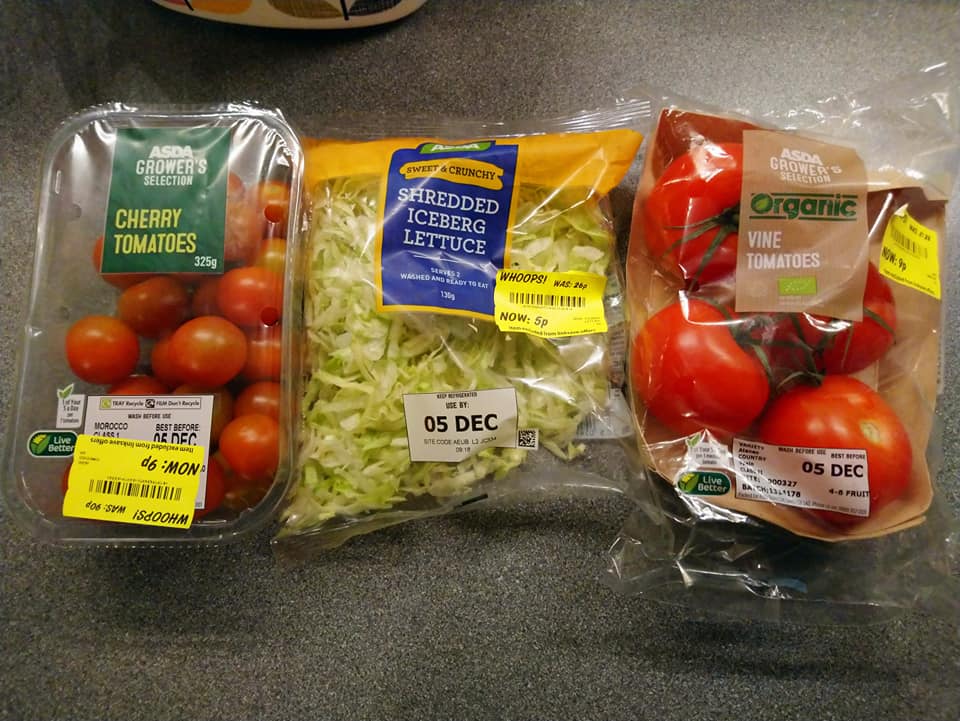 Another mum also took to the Facebook group to share how they picked up £80 worth of Tesco goods for under £20.

Many bargain hunters were hugely impressed at the yellow sticker finds, with one saying: “Great haul, will keep you going a bit.”

Another added: “Well done you.” 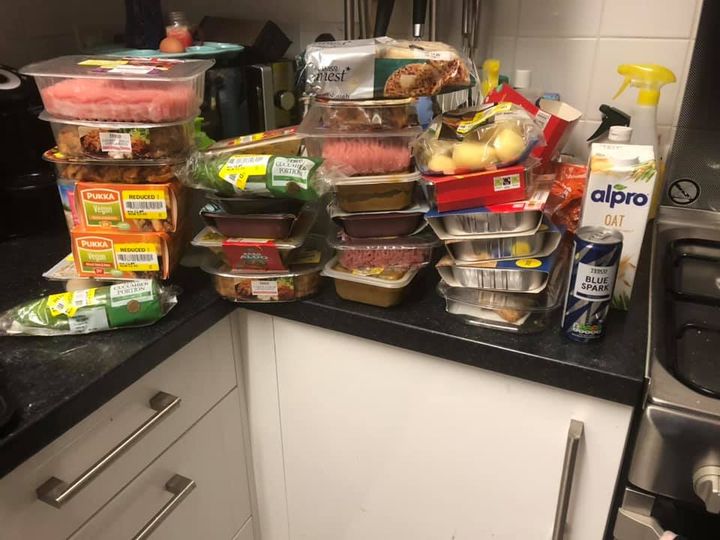 When supermarkets put out these yellow sticker bargains tends to vary.

Generally, supermarkets tend to slap a yellow sticker on items first thing in the morning, after lunch, and just before closing time – and the biggest discounts are usually just before stores shut.

Scott Dixon, a complaints expert who blogs at the Grumpy Git, told us after 1pm is a good time all round for discounts, while self-proclaimed "coupon kid" Jordon Cox reckons between 3pm and 5pm is best if you specifically want discounted sandwiches.

Scott told The Sun Aldi discounts throughout the day at 30%  to 50% off – but he warned not to leave it too late or else you may miss out.

Shoppers told MoneySavingExpert.com back in July 2017 that final reductions often start around 7pm – and most bargains have been snapped up by 9pm.

One former Co-op worker told MoneySavingExpert.com items which expire that day tend to have a 50% discount, though another MoneySaver said you have to wait until 8pm for 75% discounts.

When The Sun spoke to Co-op, it told us reduced to clear price reductions are generally applied about four hours before the store closes.

Scott also told The Sun the discounter often cuts prices by 30% to 50% throughout the day.

M&S Food shopper Scott added that he reckons between 5pm and 7pm is when you can expect to snap up the best bargains.

Morrisons does the best bargains first thing in the morning, says one shopper. She told us: "The early bird gets the cheap-cheap perishables."

And one shopper who says they work at Morrisons told The Sun the supermarket discounts items overnight so shoppers can snap up bargains first thing in the morning.

While Plate-Deals reckons the best Sainsbury's discounts are to be had around 7pm.

Sainsbury's told The Sun it's at the store manager's discretion whether to offer discounts, and if so, which items to reduce, when to start cutting prices, and how much to take off.

Tesco told us its yellow-sticker reductions vary in price but it says they will increase over the course of the final day an item is on sale before it expires.

This matches what Scott told us, as he said Tesco's city centre shops often have good bargains late at night.

But it points out smaller stores often run "much better reductions" than bigger branches.

Here are 16 tips to slash your supermarket shopping bill by HUNDREDS of pounds a year.

And a mum has revealed how she feeds her family-of-four using yellow-sticker deals and NEVER pays full price.

Pfizer vaccine could be delayed as government monitors shortages overseas 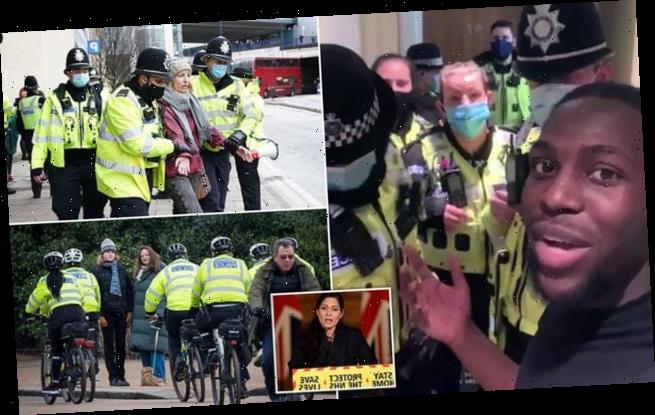