A MUM has spoken of her devastation after her baby son died co-sleeping with her ex-partner.

Baby Archie Jackson was just two and half months old when he died after being placed on a sofa next to a sleeping adult. 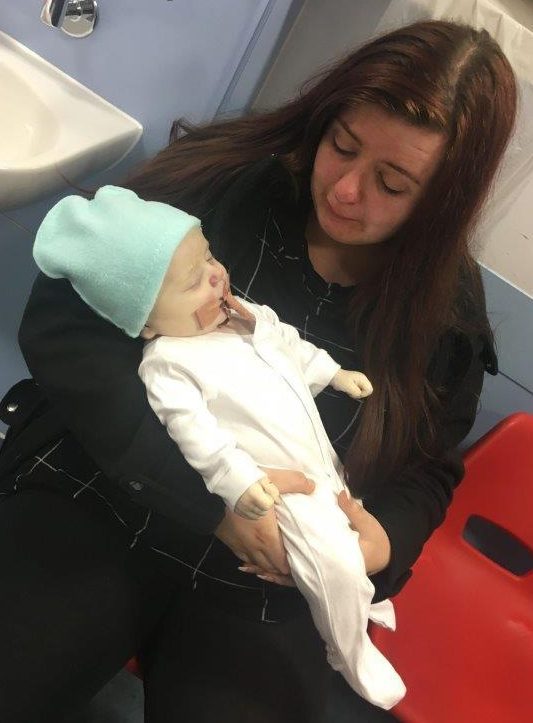 His mother, Sarah, who has two older children, had left the tot with her ex-partner’s mum – a woman she trusted and loved – but says she will forever live with the guilt of her decision.

Sarah, 26, from Blackburn, Lancs, told Fabulous Digital: “If I hadn’t gone out that night, Archie would still be here. I will always blame myself for leaving him.

“At first, I blamed my ex-partner, David, because I thought he had put Archie on the sofa next to him.

“It wasn’t until the inquest that I found out his mum, Stephanie, had actually put Archie on the sofa whilst David was sleeping. 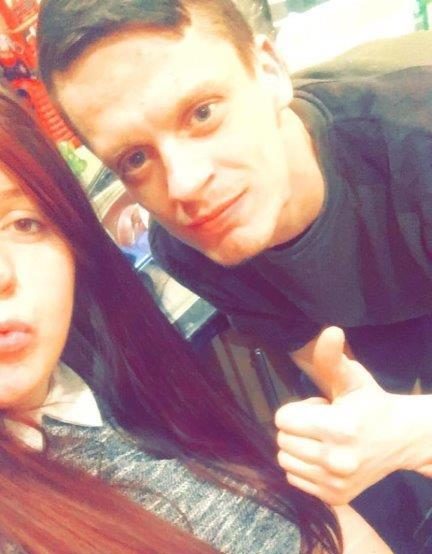 “I accept that this was a tragic accident. We will all have to live with this for the rest of our lives.

“I am Archie’s mother and I feel dreadful that I was not there when he needed me most. Some days, my grief is unbearable.

“If any good can come from this, I would like to raise awareness of the dangers of co-sleeping.

“This tragedy could and should have been avoided.” 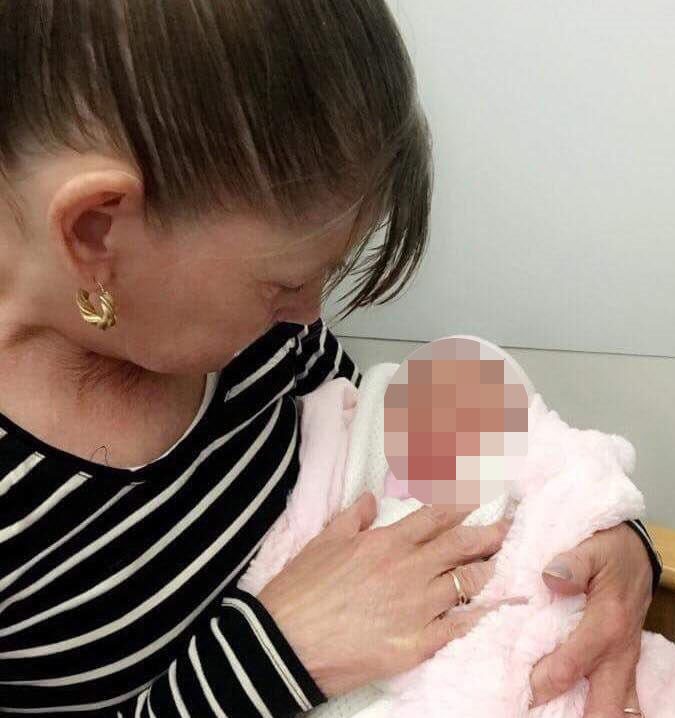 Co-sleeping is when an adult shares a bed or sofa with a young child – either at night or while napping. Experts warn against it because of the risk of sudden infant death syndrome.

Archie was fit and healthy when he was born in January last year.

In April, her ex-partner’s mother, Stephanie Parkinson, offered to baby-sit.

Sarah says: “I had a good relationship with David and his mum, Stephanie. David is the father of my eldest son.

“Stephanie was like a mum to me. She helped out with the kids and made our Sunday lunch. Even after David and I separated, we stayed friends.

“After Archie was born, Stephanie continued to help out. We were very close.”

Co-sleeping is when an adult shares a bed or sofa with a young child – either at night or while napping.

It's estimated that half of all UK mums will share a bed with their baby during the first few months of their lives.

But experts warn against co-sleeping with babies under six months, because of the risk of sudden infant death syndrome (SIDS).

Here in Britain, just under 300 babies die suddenly and unexpectedly every year.

It's most dangerous to fall asleep on a sofa or armchair with the tot, because of the risk of them overheating or suffocating.

Parents should never share a bed with a baby after drinking alcohol, taking drugs, smoking (even if in a different room) or if your baby is premature and/or had a birth weight of less than 5.5lbs.

If you do want to co-sleep with your baby, there are some ways to do so more safely:

In April last year, when Archie was two and half months old, Sarah planned her first big night out since the birth. Stephanie had offered to baby-sit.

Sarah says: “I dropped the children with Stephanie and kissed them all goodnight. I later called in to see Stephanie on my way home.

“Archie was fast asleep in his Moses basket but I didn’t go near him because I’d been drinking.”

The following day, Sarah went to collect her children.

She says: “When I arrived, there was an ambulance outside. I ran straight into the back of the ambulance and my son was lying on a stretcher. He wasn't moving. 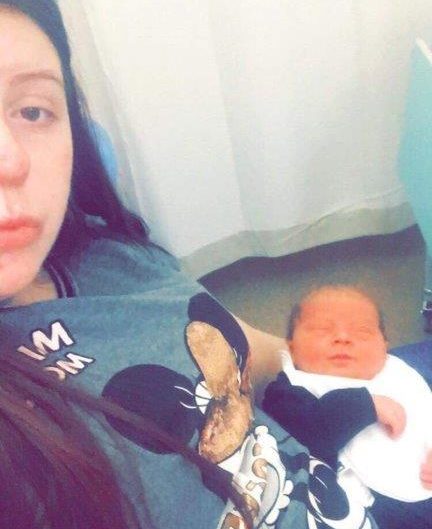 Archie was rushed to hospital, with Sarah, where doctors battled to save him before pronouncing him dead.

Sarah says: “I was heartbroken. I just couldn’t believe it.

“I wasn’t together with Archie’s dad; we had a DNA test and the results came through the day before Archie died. So the first time he met his son was after his death. It was so sad.

I would never have put any of my children in bed with me. I would urge other parents to learn from this tragedy

“I had no idea what had happened. I called Stephanie and she told me she didn’t know how he had died. I was in total limbo.

“The police interviewed them but there were no charges. I still was no nearer to the truth.

“I was so full of anger and frustration.” 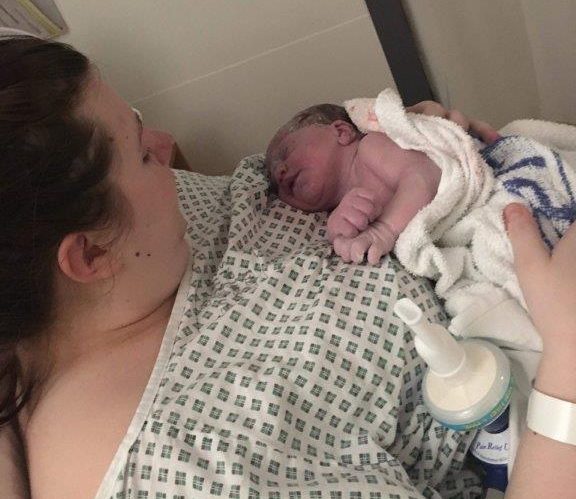 Sarah believed that David had placed Archie on the sofa with him and had later fallen asleep.

It was not until the inquest that she learned Stephanie had been the one to put him there.

She says: “I was absolutely shocked to learn that it was Stephanie – and not David – who had placed Archie on the sofa.

“He was totally blameless. I had hated him for ten months – and I was wrong to do so.

“I do appreciate this was accident and they will have to live with this forever.

“I would never have put any of my children in bed with me. I would urge other parents to learn from this tragedy.”

I was heartbroken. I just couldn’t believe it. I was so full of anger and frustration

An inquest into the little boy’s death was held in March this year in Preston.

Forensic pathologist Dr Naomi Carter, who carried out the post-mortem examination on Archie, said that there was no evidence to suggest that there had been any internal or external injuries to Archie.

As far as she was concerned, Archie was a healthy little boy.

She said: “He had been on a sofa in between an adult and the back of the sofa.

“Tests failed to reveal a substantive cause of death but it’s crucial to say that there is an excess of death in infants who have unconventional sleeping arrangements, such as sharing beds or sofas with someone.” 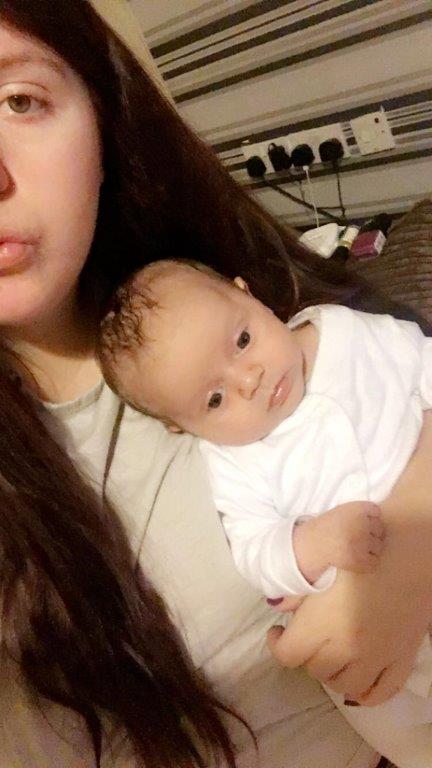 Detective Inspector Tim Brown said there was nothing to suggest any criminal act had taken place, as Mr Parkinson had not been aware that Archie had been lying next to him on the sofa.

Mr Newman recorded an open conclusion and said: “I can only imagine the pain you are going through.

"We are told not to co-sleep with babies but I understand that there are occasions when this could happen.

"There's a risk of sudden death in infancy where there has been unsafe sleeping practices and if you have a little one they should always be put back in their cot.

"I cannot say this death was an accident as there are a number of factors that could have contributed to him dying which could have been brought on by unconventional sleeping habits, and so I have to record the cause of death as unascertained."

Earlier this week, we revealed celebs are ‘fuelling a rise in cot deaths’ by posting Instagram photos of babies sleeping in unsafe conditions, according to a charity.

While a mum whose baby was left foaming at the mouth and stopped breathing after two-hour journey in car seat has warned other parents.