Natalia Bryant made her 2021 Met Gala debut in a floral dress with a dramatic balloon silhouette by Conner Ives.

Baby’s first Met Gala! Natalia Bryant made an extravagant debut at the 2021 Met Gala. The teen, 18, wore a floral dress with a dramatic balloon silhouette from Conner Ives to fashion’s biggest night at the Metropolitan Museum of Art in New York on Monday, Sept. 13. The floral flock will be featured in part one of the two-part exhibition, entitled “In America: A Lexicon of Fashion.” 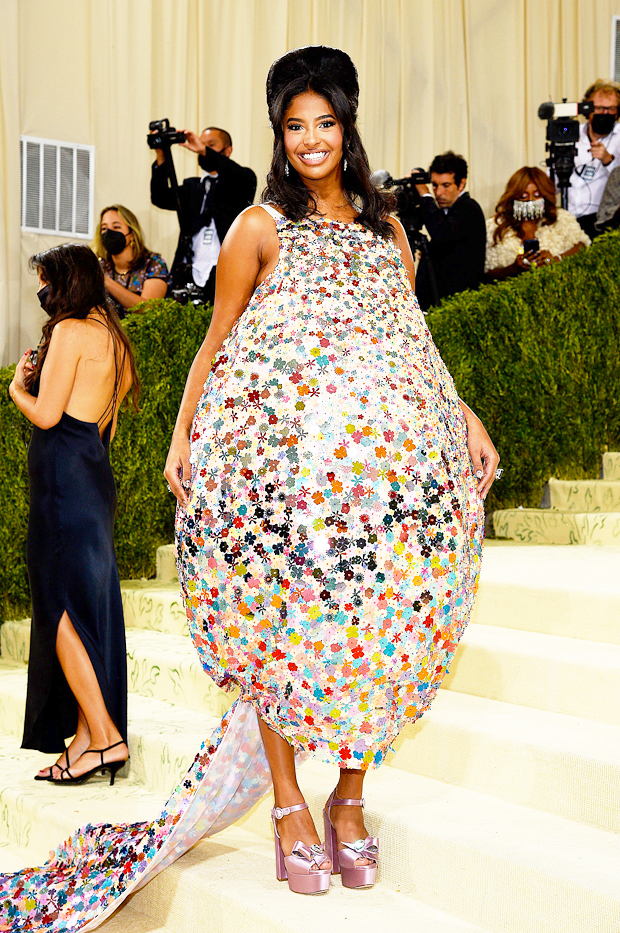 Prior to arriving on the red carpet, her mom Vanessa shared a glimpse of the look and gushed about that “preschool drop off” feeling that the moment evoked. “Bringing back preschool drop off feelings as I send my first born off to her first Met Gala,” Vanessa captioned her post. “The VOGUE team and Anna Wintour appointed Natalia this incredible dress designed by Conner Ives which will also be featured in the American Lexicon EXHIBIT. Thank you to Instagram, Anna Wintour and VOGUE for hosting my beautiful Natalia.”

Natalia finished the look with pink platform heels and an elevated half bun hairstyle. This year, the theme of the gala pays homage to American fashion. The first exhibit will be on view on September 18 and “establish a modern vocabulary of fashion in the United States,” per the press release, and showcase works by a diverse group of designers. It will explore “belonging, comfort, delight, exuberance, fear, sentimentality, and well-being.”

Part two, titled “In America: An Anthology of Fashion,” will be on view in May 5, 2022 and feature “women’s and men’s historical and contemporary dress dating from the 18th century to the present,” including sportswear, “in vignettes installed in select period rooms.” It will “explore the role of dress in shaping American identity and address the complex and layered histories of the rooms.”

The daughter of the late basketball player Kobe Bryant documented her Met Gala preparation process in a video with Teen Vogue on Monday. The teen recently graced the cover of the magazine’s September 2021 issue. In the interview, she reflected on her late father, who, along with her younger sister Gigi and seven others, died in January 2020 from a helicopter crash. “I love talking about my dad,” she said. “It’s bittersweet, but I enjoy talking about him more than it’s sad for me. . . He was just like the best girl dad ever.”