Off-White™ and Nike‘s collaborative Air Zoom Tempo NEXT% has already been making noise with a black and green colorway, and now it’s ramping the volume up even further with a bright pink and blue makeup. Tapping into the track and field-inspired design language established by Virgil Abloh and the Swoosh on past “Athlete in Progress” collections, this new Tempo NEXT% is awash in colors and packed full of standout details. 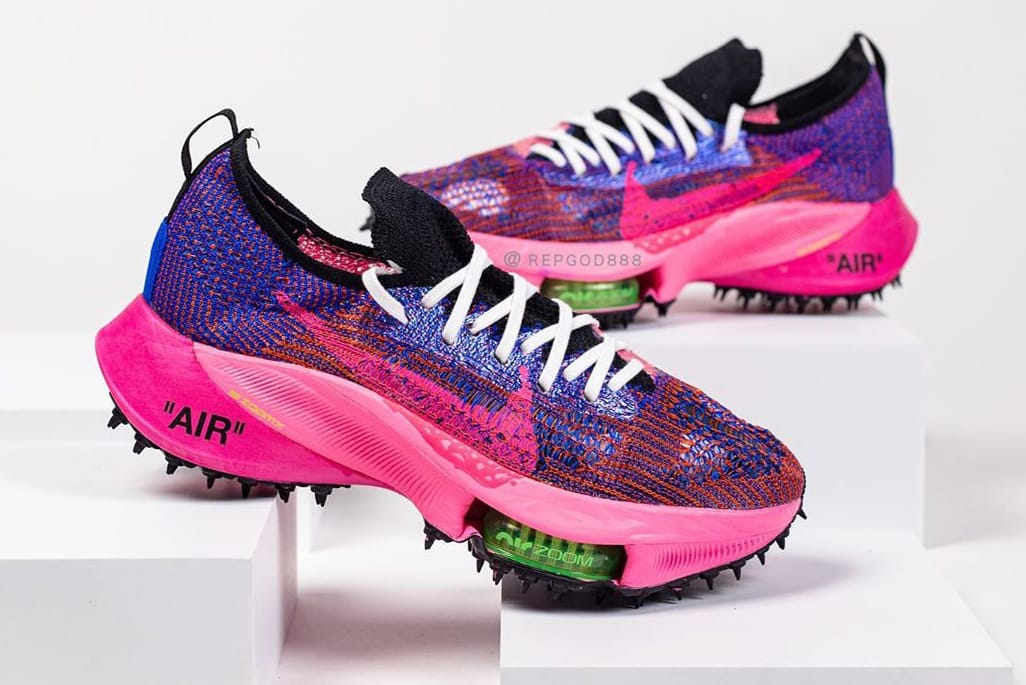 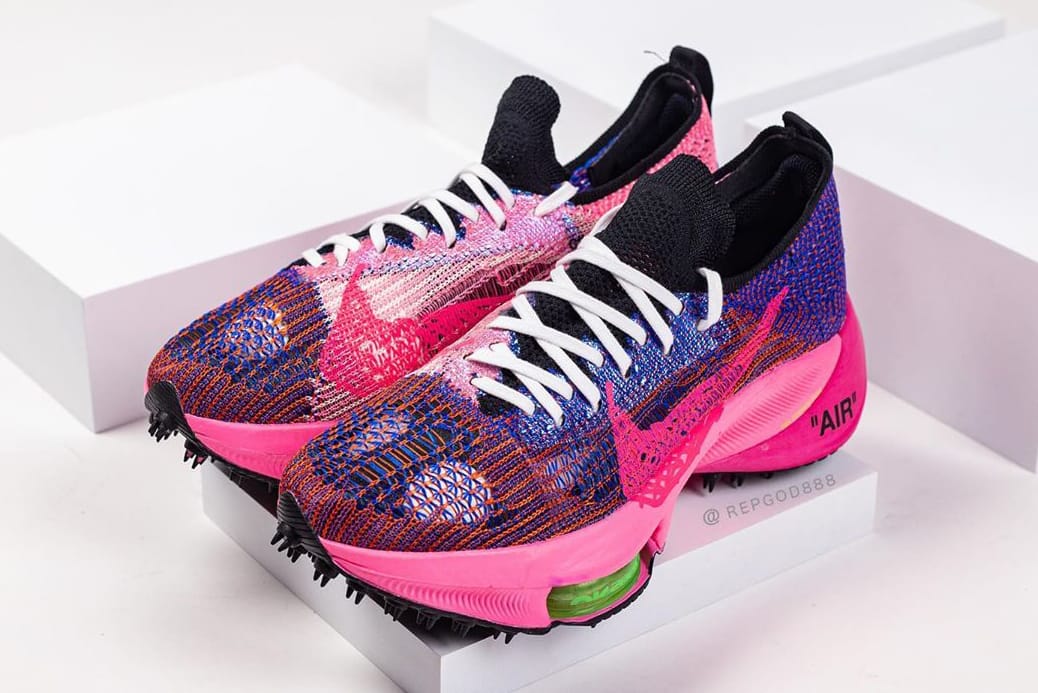 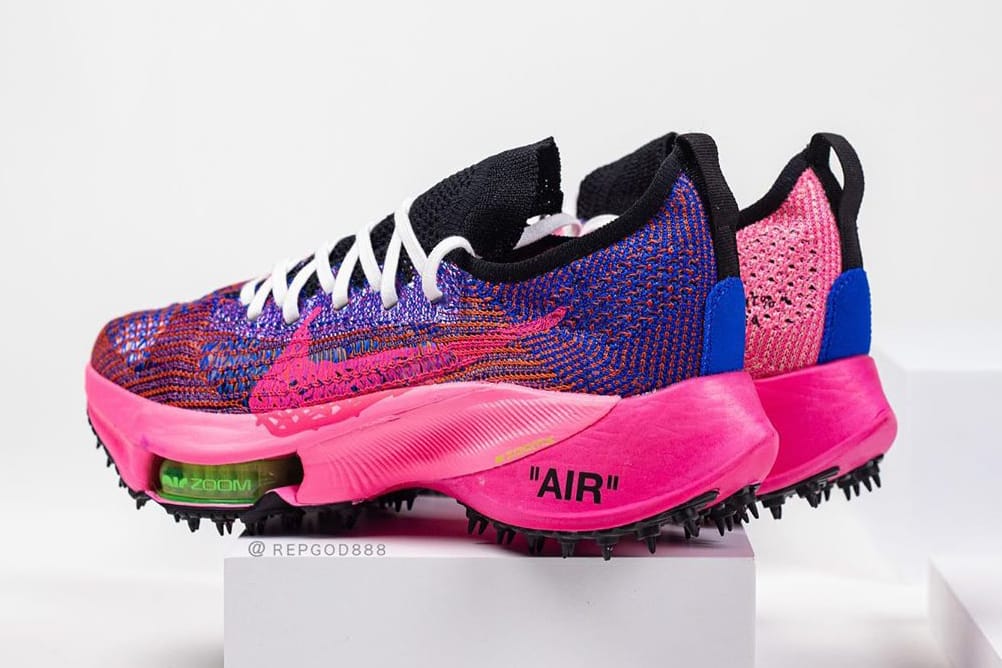 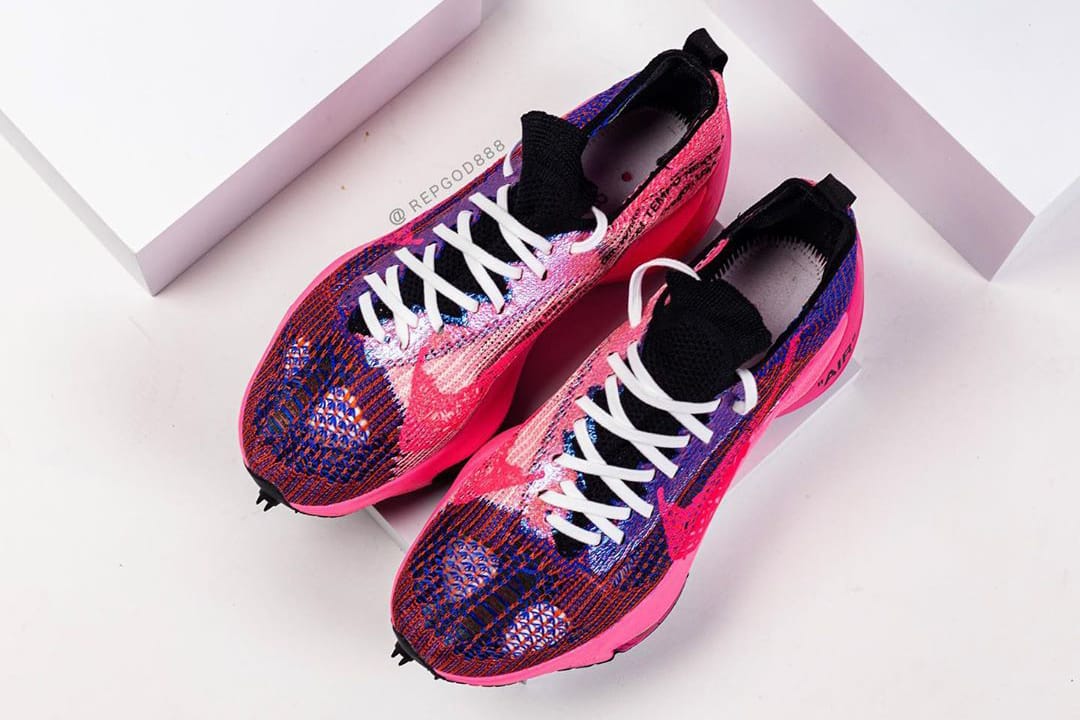 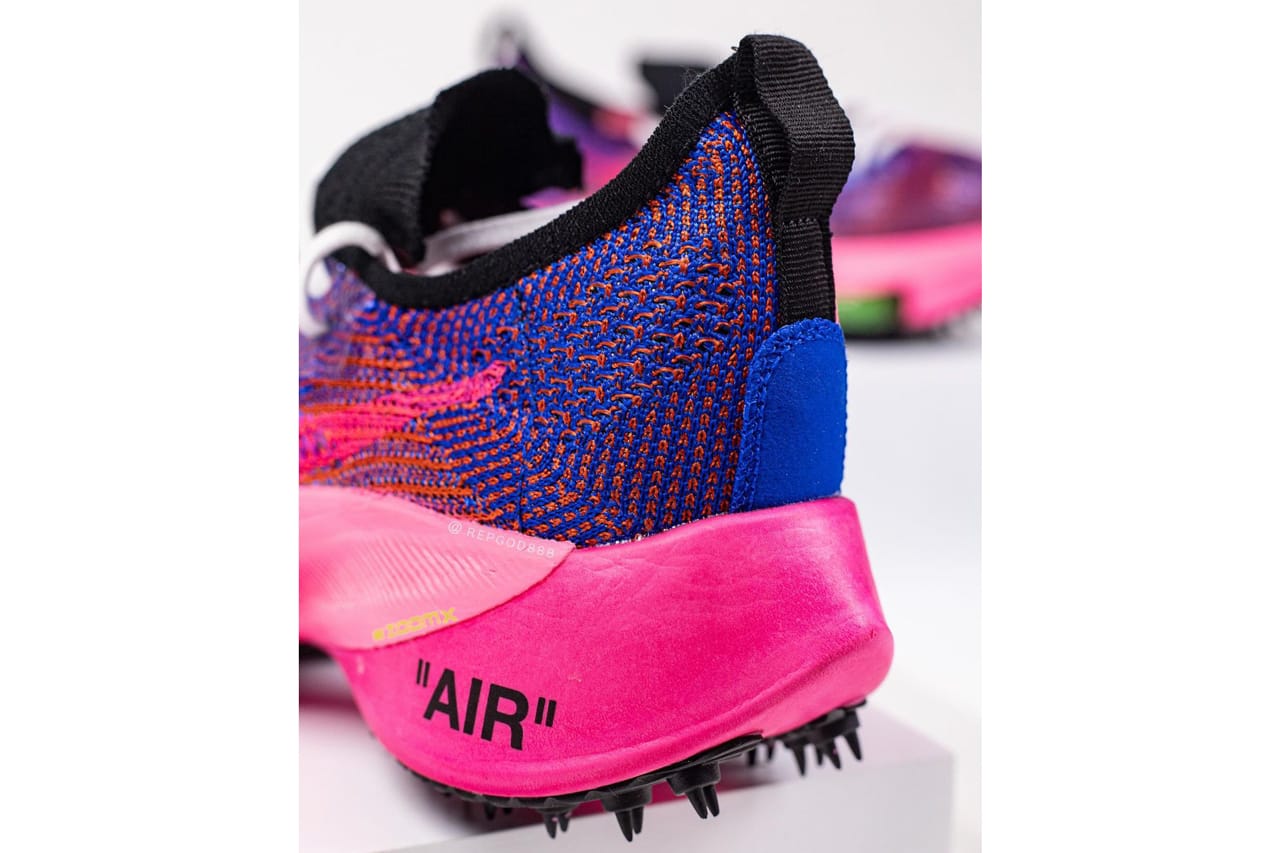 Built from a feather-light Atmoknit, the uppers combine bright blue and pink tones with dashes of reddish-orange towards the forefoot. Seamless tongues are dressed in black and sit under an asymmetrical lacing system. Perfectly imperfect pink Swooshes are “painted” on both the lateral and medial sides for a dash of DIY detail, and Abloh’s signature Helvatica text appears in black under the medial collar.

Down below, sharply-shaped ZoomX foam midsoles take on a two-tone pink palette – lighter towards the forefoot and darker on the heel. A duo of volt green Zoom Air cushioning units appear in the front, and black “AIR” hits grace the rear. Outsoles feature a track spike-inspired nubbed traction pattern that’s also graced other co-created Off-White™ and Nike models like the Zoom Terra Kiger 5 and Vapor Street.

An official release date and pricing information for the Off-White™ x Nike Air Zoom Tempo NEXT% in pink and blue has yet to be announced, but it’ll likely arrive either this holiday season or in the early days of 2021.