PARENTS have been left horrified after a grandma gifted her granddaughter a babygro printed with nipple tassels and a thong.

And if that wasn’t offensive enough, a fake tattoo “tramp stamp” is printed on the reverse of the onesie, above the “thong.”

The offending snap was shared on Reddit by a friend of the gran, who spotted the photo on her social media.

They captioned the photo “Onesie courtesy of Grandma.”

According to the poster, the mother of the baby works as a stripper.

They added: “Couldn’t tell if I was more weirded out by how trashy a grandma makes their grandchild look or the 100+ comments telling her it was fabulous.” 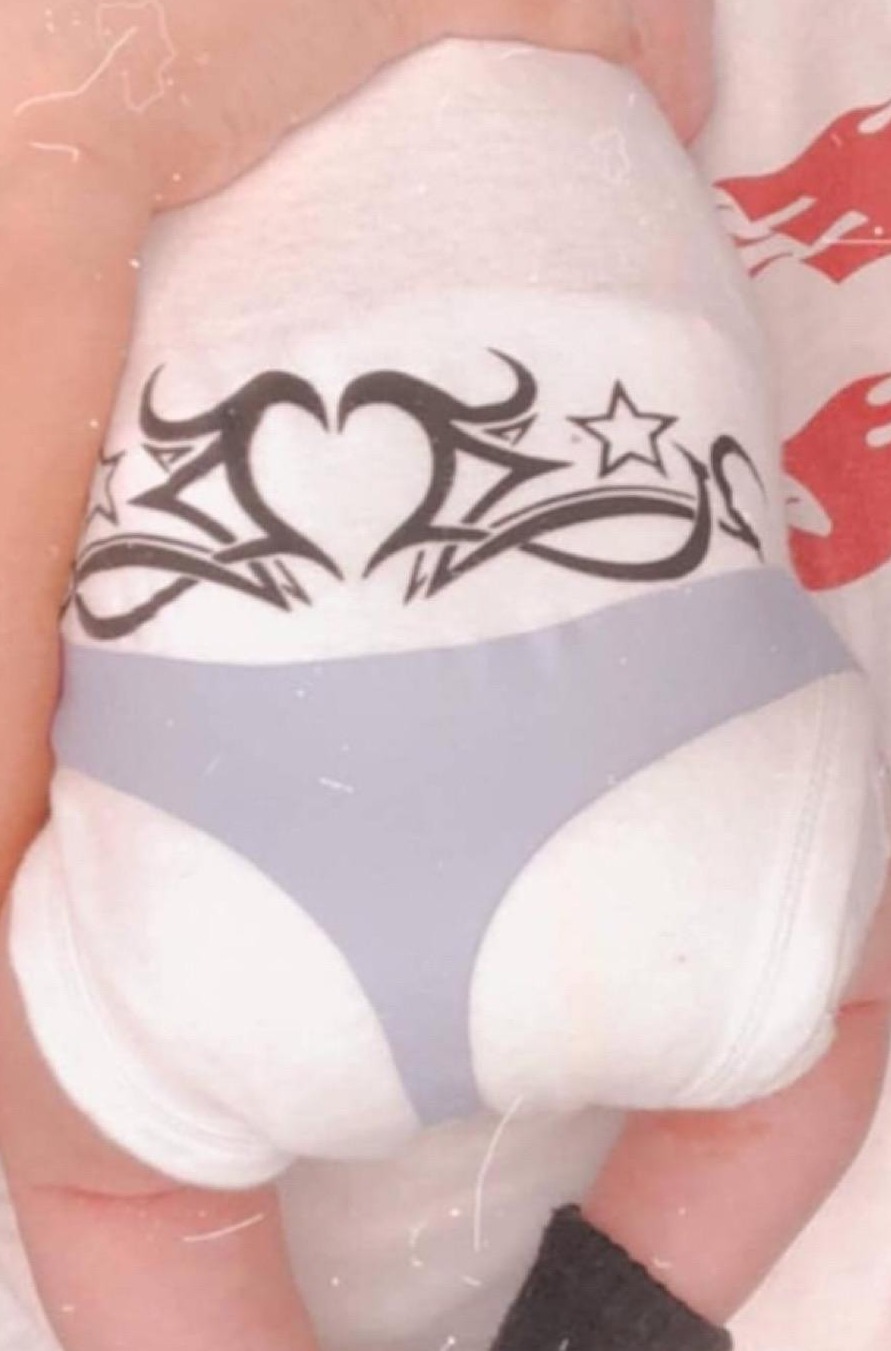 Fellow Redditors were equally horrified by the purchase, sharing their outrage in the comments.

One wrote: “I know it’s supposed to be funny, but it looks like she’s saying the baby is a hooker.”

Agreeing a second added: “I fear for that poor baby’s future…..I’m not even kidding.”

“The fact that they even found a onesie like that is gross” agreed another, with a fourth adding, “The fact that someone made this is just so creepy and disgusting.”

I fear for that poor baby’s future…..I’m not even kidding

There were a few group members who admitted they saw the funny side of the “gag gift.”

One wrote: “I would never dress my daughter in this… but it’s still funny. Lol.”

Another agreed, writing: “I would give this to someone as a gag gift but I would never expect for a child to wear, I think it’s funny because it’s ridiculous but it’s weird when the kid actually wears it.”

The photo was shared on the subreddit r/Trashy.

The group has more than 1.9 million members and is described as a place for "trashy stories, trashy glamour, all things fake, plastic and downright trashy."

In other parenting news, this mum shared the hilarious Valentine's Card from her kid who "wants to smell her poo."

And this mum burst into laughter after unborn baby stared directly at the camera during 20-week scan.

Plus a mum shared her "life-changing" trick for keeping packed lunch sandwiches fresh for a week.