A MUM has revealed the hilarious moment her daughter tried to eat one of her tampons, thinking it was a chocolate Twix bar.

Taking to The Motherload Facebook group, fellow mums were in hysterics after the parent posted a half-chewed image of one of her tampons. 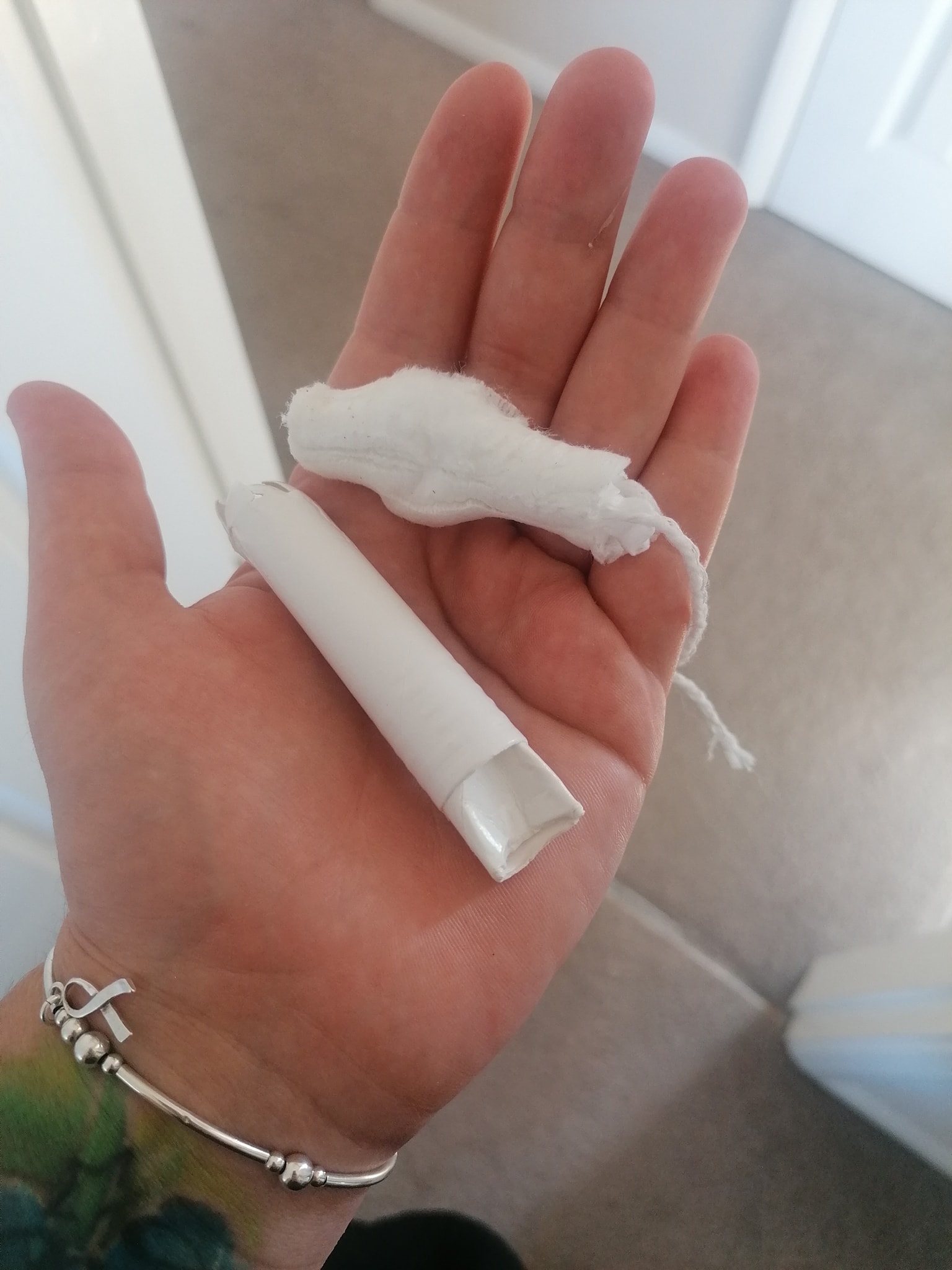 Carly explained her little girl had asked if she could have what she thought was a sweet, which the mum agreed to, thinking she meant a Twix.

But when her daughter said the "Twix" didn't taste like chocolate, Carly quickly realised something wasn't quite right.

"'Mum can I eat one of those sweets in the orange wrapper'," the post read.

"(Me thinking she meant a Twix): 'Yes babe, sit at the table though'.

"'Like you do any chocolate, open it and bite it'.

Alongside the caption, Carly posted a hilarious image of a half-chewed tampon – and other parents were in hysterics.

One said they were "howling" while another agreed the mum had "made her night" with the hilarious story.

And dozens of other mums revealed their own children had made similar mistakes.

"Mine thought they were sweets when they were younger," commented one.

While another said: "[I] went upstairs when my lot were little to find sanitary pads all over the windows…. They told me they were playing with airplanes."

In other parenting news, we told you how shoppers are in a frenzy after Marks and Spencer reduces kids’ school uniforms to 89p… and one mum says she’s bagged ‘£270 worth of clothing for £20’.

We also revealed you can now buy celebratory Yankee Candles to give as ‘congratulations’ gifts after someone has a baby girl or boy.

And we showed you a nine-month-old girl trying spinach for the first time – and she is NOT impressed.