A FIRST-time mum has revealed how postpartum psychosis left her unable to sleep for FIVE days – and convinced her family were paedophiles. 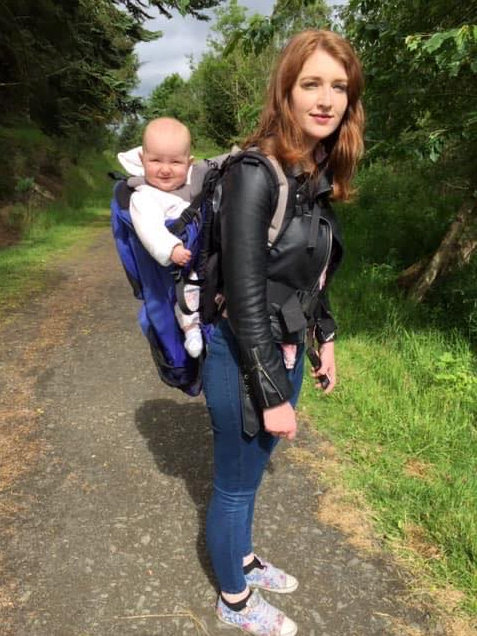 In the grip of her postpartum depression, the mum-of-one believed her sister and her boyfriend were drugging both her and baby Phoenix, using spiked bottles of milk.

She irrationally labelled the pair paedophiles simply because she noticed no trick-or-treaters turned up at their door on Halloween.

She has now bravely opened up about her experience of postpartum psychosis in a bid to raise awareness about the condition, which affects one in 1,000 new mums.

Full-time mum Monica, from Perth, Perthshire, Scotland, said: "I genuinely thought all of this was real. "Because it's not really that well known or spoken about I think it's easy to say it's anxiety felt by a new mother. 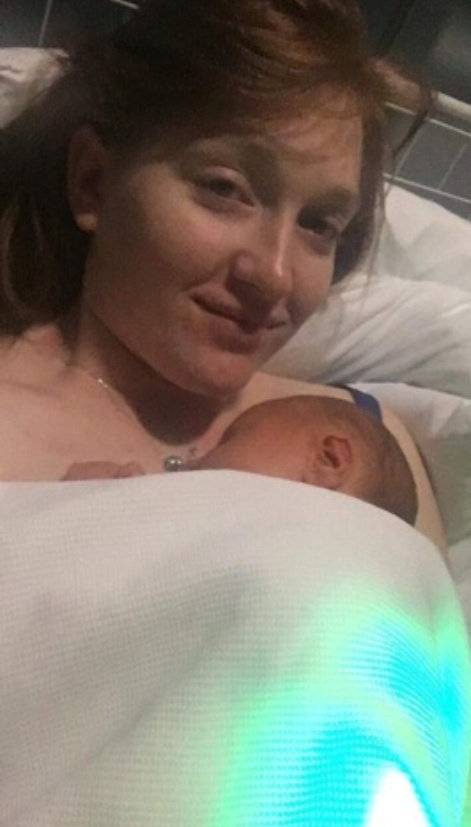 "It's not how I thought the beginning of becoming a mum would be."

Monica found out she was expecting her first child at the beginning of 2018, breaking the news to her ex-partner by wrapping up the pregnancy test in a box with a baby grow.

She returned from hospital later that day, returning to her sister's home in Perth, Scotland, to help her care for her newborn daughter.

But within days, Monica started to experience delusions.

What is postpartum psychosis?

Postpartum psychosis is a serious mental illness which will affect most mums within two weeks of giving birth.

It should be treated as a medical emergency – and can get rapidly worse if not treated.

In the worst cases, psychosis could cause a new mum to harm her baby or herself.

The two main symptoms are hallucinations, seeing or hearing things which aren't there, and delusions, having thoughts or beliefs that are unlikely to be true (e.g. that you've won the lottery).

Monica said: "I didn't even have any morning sickness.

"When I was 9cm dilated I was sitting up eating a cheese and tomato sandwich.

"It was a very easy birth. I suppose in hindsight it was the complete opposite of what was to come.

"When I first got home from hospital everything was fine. She was healthy and I was euphoric.

"But as the days passed I was struggling to sleep due to my anxiety.

“I was constantly checking my girl's temperature in the night and her monitoring her breathing. 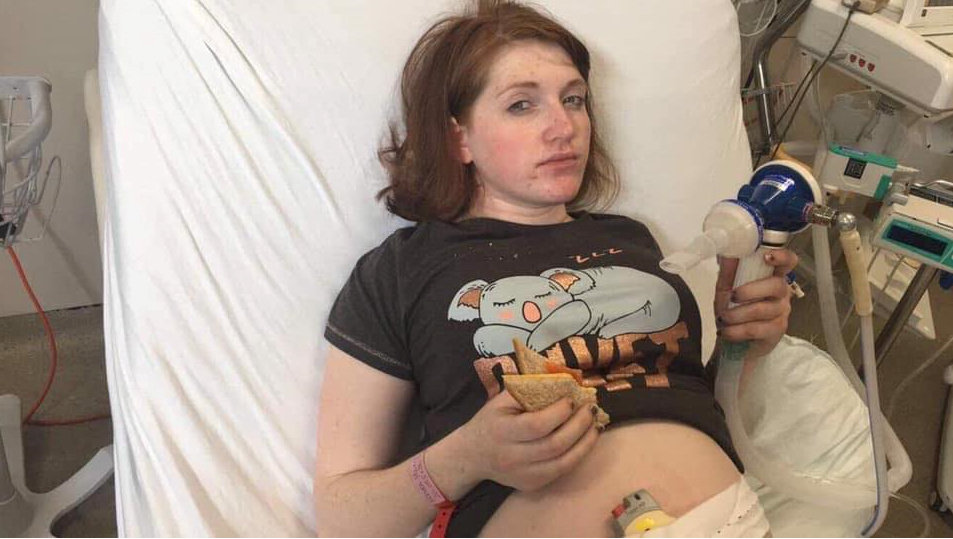 "Then I started having these delusions. I stayed at my sister's as a way of helping me sleep. She was helping me out. I was acting jittery but understandably everyone thought it was down to tiredness.

"My sister put two bottles out and told me to wait for the one on the right to cool down.

"She told me again to use the one on the right and I swapped them and used the cold one because I thought she was drugging my girl's baby bottle.

"Another time I was sitting in the living room with her and I was convinced she was going to stab me with a pair of scissors. 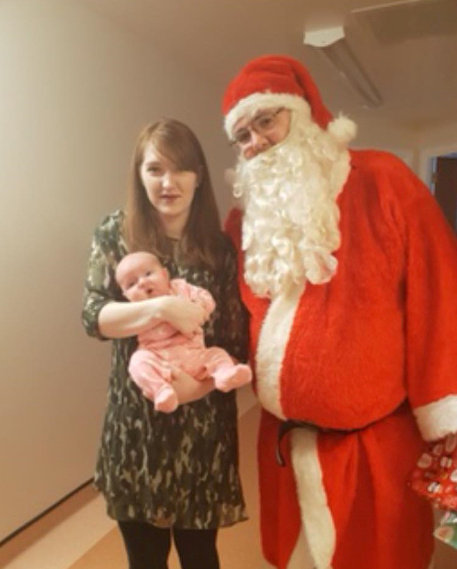 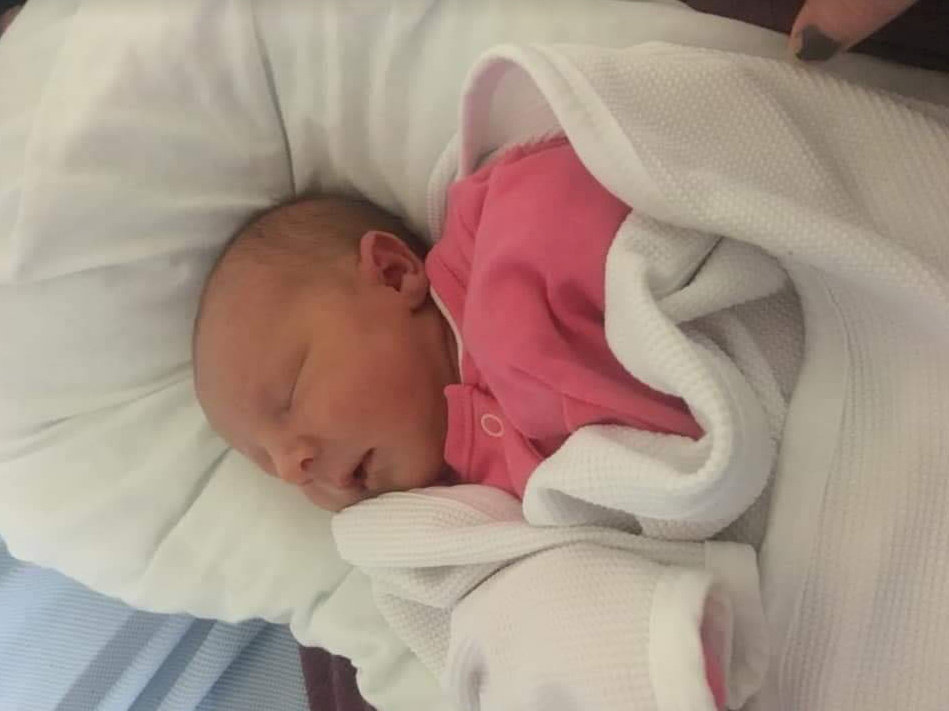 "I remember being at my sister's and I convinced myself they were paedophiles because there weren't any trick or treaters at the door."

She visited the doctors with Phoenix but was diagnosed with anxiety and prescribed diazepam and sleeping tablets.

Monica said: "Then things started to get worse. I was convinced people were trying to get us so I locked all the doors, turned off all the lights and started making baby bottles in the dark.

"I was crawling around my kitchen so no one could see me. I would make myself cold cups of tea because I was worried I would throw them over my daughter.

"Then I became convinced my ex was hiding in my house with a gun ready to shoot me in the head.”

She went to the doctors again who diagnosed her with anxiety and was prescribed propranolol. 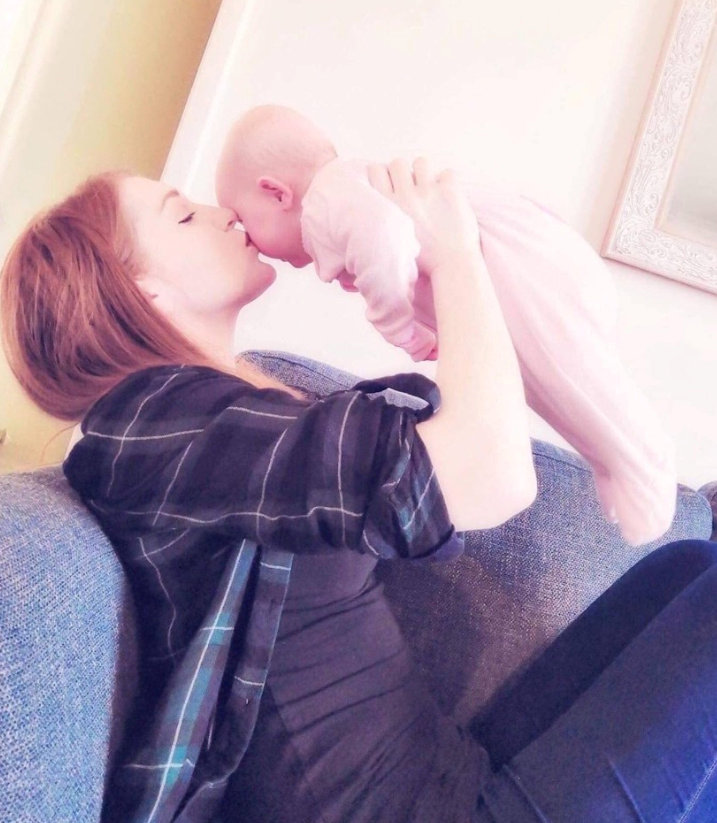 But when she visited the health visitor and they noticed Monica had packed a hammer in the buggy after being convinced she was about to be attacked.

She was sectioned under the Mental Health Act and sent to a stay at St John's Mother and Baby unit, Livingston, West Scotland.

Monica said: "My delusions actually started to get worse. I was convinced that I had accidentally killed Phoenix and that her stomach had exploded.

"In the nursery I kept telling the nurses I could smell death.

"My mum died in a hospice when I was 21 and I found her with the rest of my family.

"It was a very sweet smell. Not like you would imagine.

"I tried to give my sisters £400 for Christmas shopping. I also talked about sending money to India and about changing my daughter's name.

"Luckily they knew me well and didn't let this happen. At first I was struggling to bond with Phoenix.

What are the symptoms of postpartum psychosis?

Monica was discharged in January earlier this year and has spent the last year being monitored by health officials.

After spending last Christmas in a mother and baby mental health unit, this year Monica and baby Phoenix planned to spend time with loved ones at a festive family dinner.

Monica said: "I just can't wait to have a proper family Christmas this year.

"Mental health services are so underfunded it's heartbreaking.

"The staff were amazing.

"It's just so shocking to think there's only 12 beds in the whole of Scotland.

"I just want to raise awareness of postnatal psychosis. Our bond is so strong now my heart could burst."

In other real life news, this mum fell pregnant 20 years after she's been sterilised.

And this man got his girlfriend a DNA test for Christmas and accidentally exposed a family secret hidden for 30 years.

Plus a bloke stunned his family by bringing his baby to Christmas dinner – because no-one knew his girlfriend was pregnant.