Princess Beatrice, 31, will marry Edoardo Mapelli Mozzi this year, although so far the couple have not released the date or location of their nuptials. The daughter of Prince Andrew and Sarah Ferguson, Duchess of York, Beatrice is the last of the current young royals to get married.

Royal weddings are steeped in tradition, and there has been one element all three of the most recent royal brides have followed.

Kate, Meghan and Eugenie all chose to wear not one but two wedding gowns for their special day.

There were two reasons for this. With a wedding in a church followed by lavish evening receptions, the women most likely all wanted something classic and demure for church, followed by a modern, potentially more revealing dress for the evening. 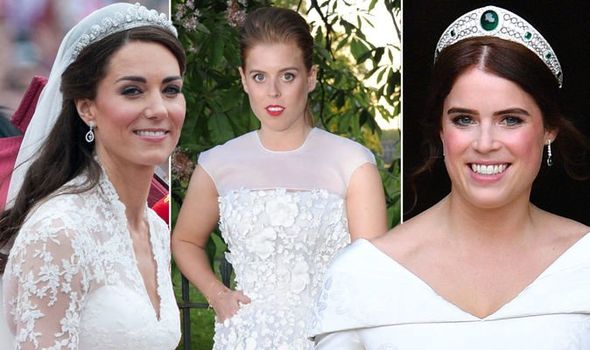 Secondly, all of their weddings were televised – with images of the dresses beamed around the world. Having another dress created a clear line between the public wedding, and the private, more relaxed reception.

However, it has now been confirmed that Beatrice’s wedding will not be televised – so could she ditch the modern tradition of two gowns on her big day?

The Mail on Sunday reported back in October that the Queen’s granddaughter will opt for a toned-down celebration in her parents’ back garden as opposed to the usual carriage ride and crowds. This would certainly imply that Beatrice is planning to choose just one standout dress for her wedding day.

Not having a second wedding dress would also align Beatrice with the majority of royal brides, as it has only become a tradition in modern times. Neither Princess Diana, Sarah Ferguson or the Queen had an evening gown on their wedding day.

What dresses did the other brides choose?

The Duchess of Cambridge wed in Westminster Abbey, wearing a stunning couture lace dress by Sarah Burton at Alexander McQueen.

Her dress had a nine foot train, giving it an extravagant edge suitable for such a grand wedding.

For her evening reception, Kate slipped in to another dress by Sarah Burton at Alexander McQueen.

A simple strapless satin gown teamed with a white shrug. William also switched from his military uniform in to a black tuxedo. 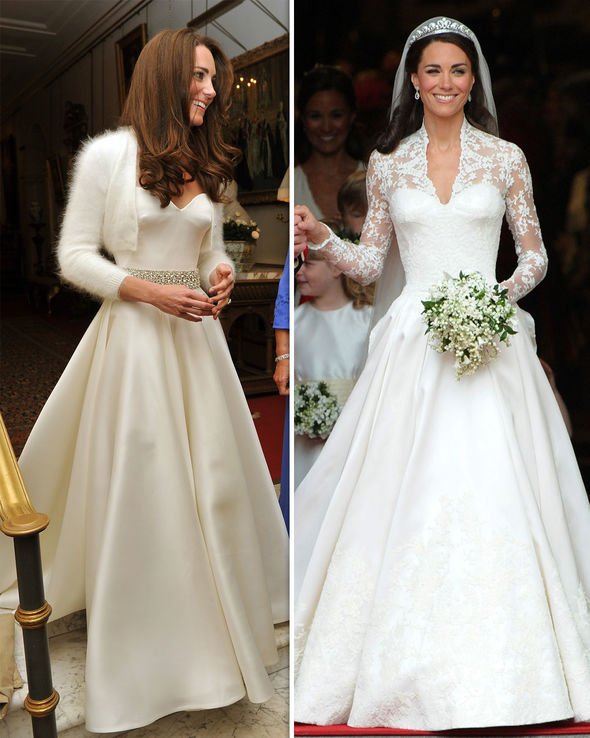 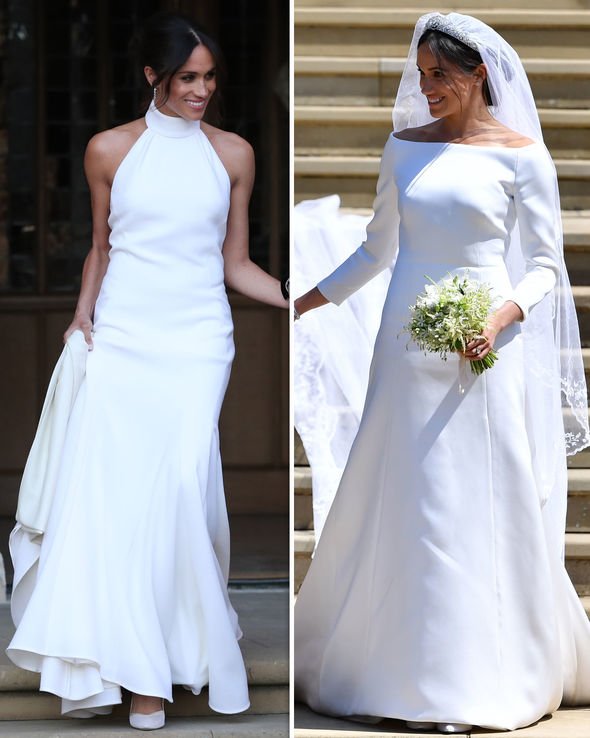 Her dress was made from a double-bonded silk cady and featured a boat neckline bodice. She also chose a statement veil, wearing a five meter-long silk veil which had floral details representing all 53 Commonwealth countries.

For the evening reception, Meghan chose a Stella McCartney dress with a high neckline and sexy shoulder-flashing cut.

She teamed this with an Aquamarine ring which had belonged to Princess Diana, and wore her hair in a 60s style updo. 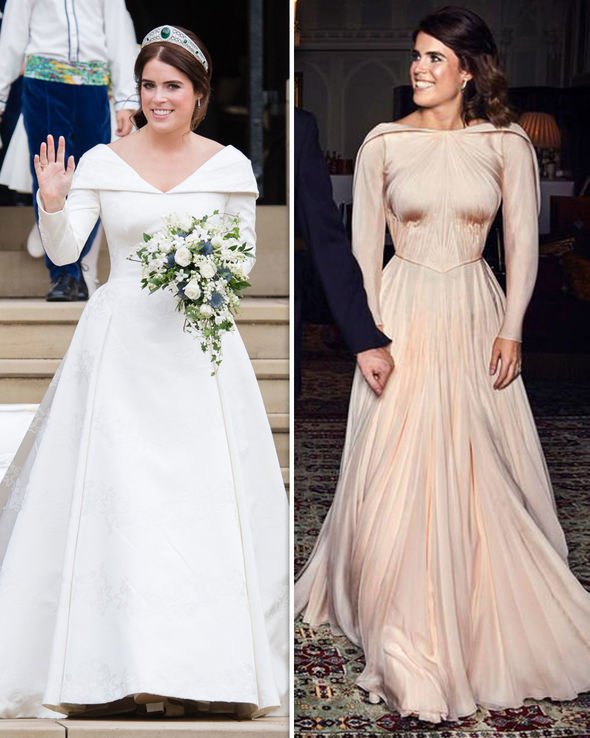 Eugenie was dressed by Peter Pilotto and Christopher de Vos for her church wedding.

The neckline folded around the shoulders, and the dress had a flowing full length train.

In the evening, Eugenie changed in to a blush pink silk chiffon gown by Zac Posen.

A fitted bodice led in to a softly pleated skirt and train.