Last night the worlds of music and pop culture assembled at the Prudential Center for the 2022 MTV VMAs. The award show celebrates the best in music cinematography, while the red carpet is known for its expressive energy (and often iconic attire). The MTV VMAs red carpet, much like the Grammy’s, is a time when the creative communities of music, tv, film, and pop culture exhibit their distinct aesthetics. We’ve come to expect daring and provocative fashion moments from the show, and a few stars delivered this year. 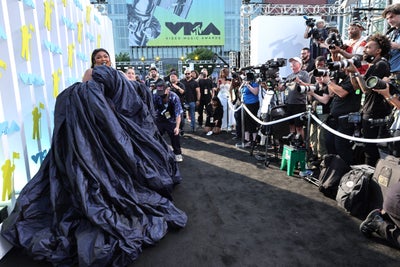 One of the many standouts of the night was Lizzo, who looked stunning in a billowing inky blue/black Jean Paul Gaultier (guest edited by Glenn Martens) couture gown. As she walked the black carpet, the dress blew in the wind, showing the voluminous nature of the design. Another standout was resident fashion daredevil Lil Nas X. His feathered look, complete with an exuberant feather headdress, was front in center. The design by British designer Harris Reed was familiar to that of Iman’s 2022 Met Gala ensemble (as well as the headdress Beyoncé wore for the cover of British Vogue).

A trend of full-head-to-toe monochrome dressing took over the red carpet last night as well. Latto wore a full lime green co-ord set with matching mules, media personality and former beauty queen Kamie Crawford wore a neon pink textured Hanifa dress (which is available to purchase) with nude heels, a hot pink clutch, and there were lots of head-to-toe black ensembles. Our September/October cover star, Chlöe channeled monochrome in her own way, dazzling in a metallic, sequin bodice dress with exposed boning.

Ahead, see all of our favorite looks from the black carpet at the 2022 MTV VMAs. 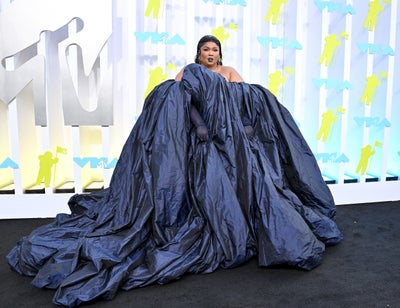 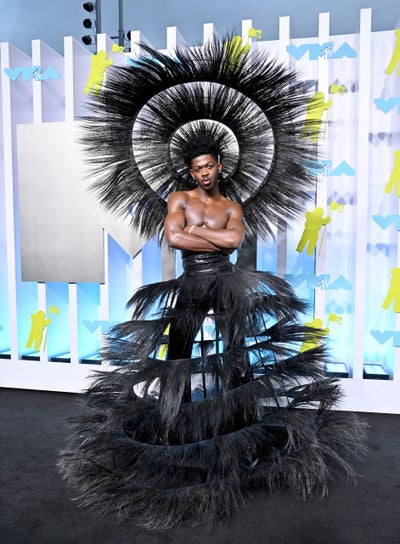 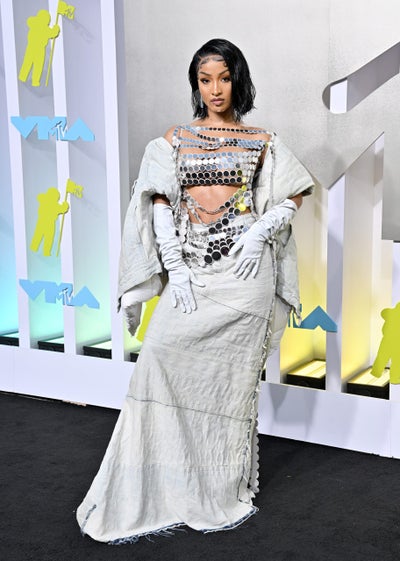 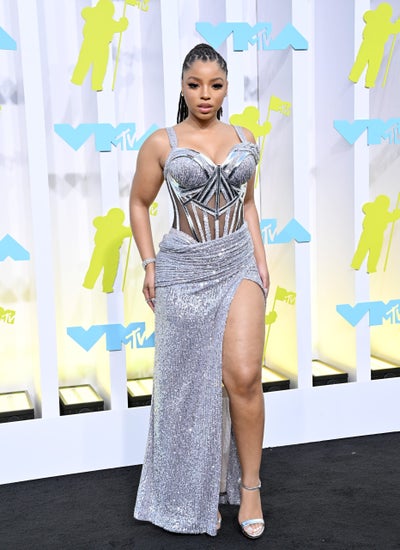 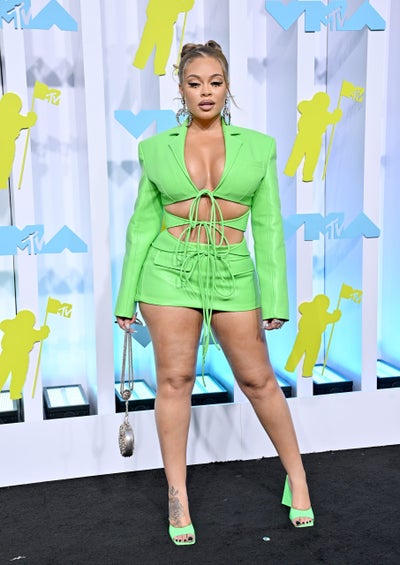 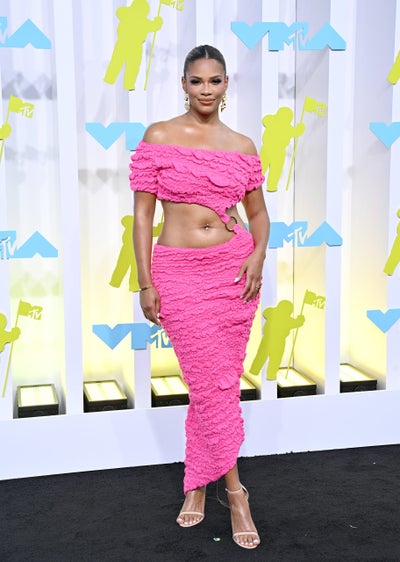 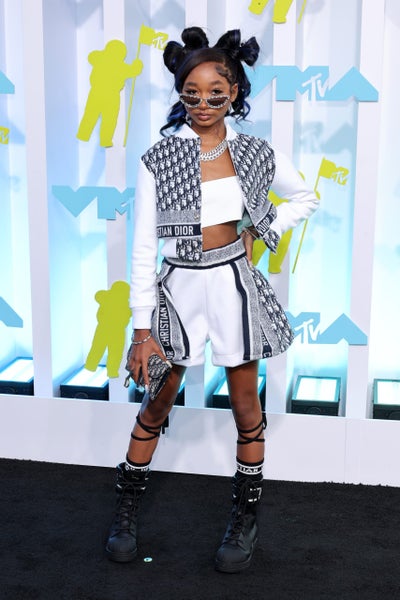