With the year coming to an end, Angelina Jolie and Brad Pitt‘s daughter, Shiloh Jolie-Pitt, appears to be making sure to end the year strong with a workout in Studio City. The 15-year-old was pictured leaving a dance class on Tuesday, Dec. 28, and she looked pretty cool.

Dressed in a black sweatshirt and matching pants, Shiloh accessorized her look with an Apple watch and some Nike sneakers. She also held onto her phone while covering her face with a mask amid the ongoing pandemic. She also had her hair up in a messy bun, which probably helped keep her hair out of her face during class. 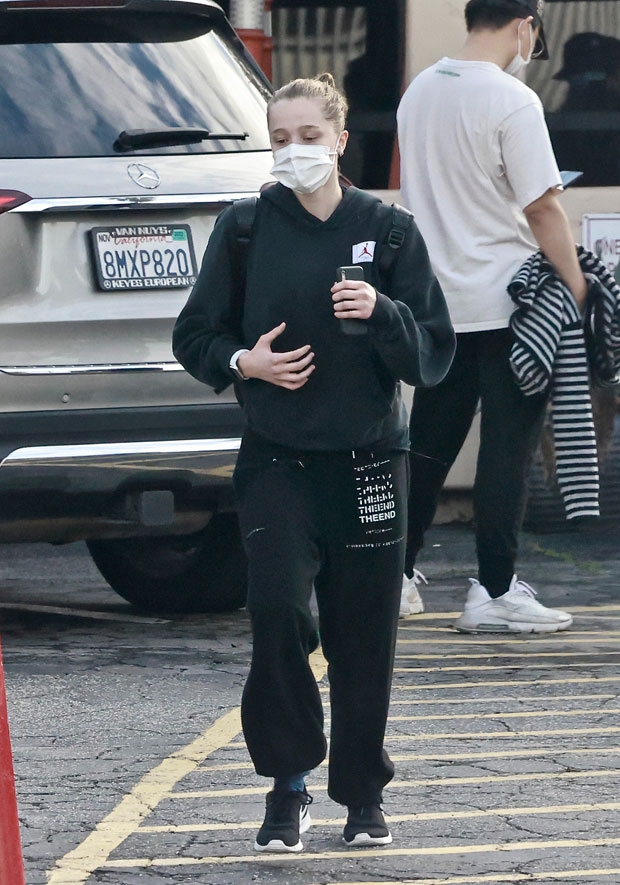 It’s actually been a few months since Shiloh’s been spotted leaving a dance class, so it’s nice to see her out and about again. In late October, she showed off her cool street style when she rocked a David Bowie t-shirt, black Adidas track pants, and black Converse sneakers. She also wearing her hair back in a casual, mid-length ponytail when she was spotted leaving that dance class with a water bottle and a backpack.

Obviously, she rocked a similar look this time around with the similar black elements of her ensemble, but we love seeing each and every outfit that she takes on. 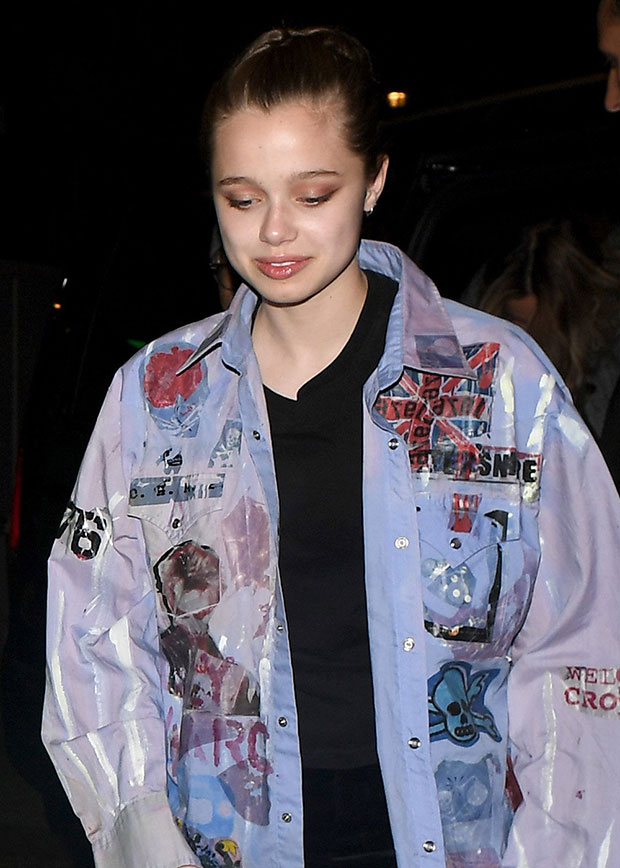 In fact, just before the holidays, Shiloh traveled the world with mom Angelina as the actress promoted her new Marvel film, Eternals. Shiloh attended a few of the premieres, and she wore a range of outfits, including a sleeveless beige number at the LA premiere. Then, in Rome, the teen wore a black velvet gown with a bright yellow pair of sneakers. And at the London premiere, she wore a white dress with a black design.

So whether it’s a movie premiere or casual dance class, Shiloh always rocks the best looks.