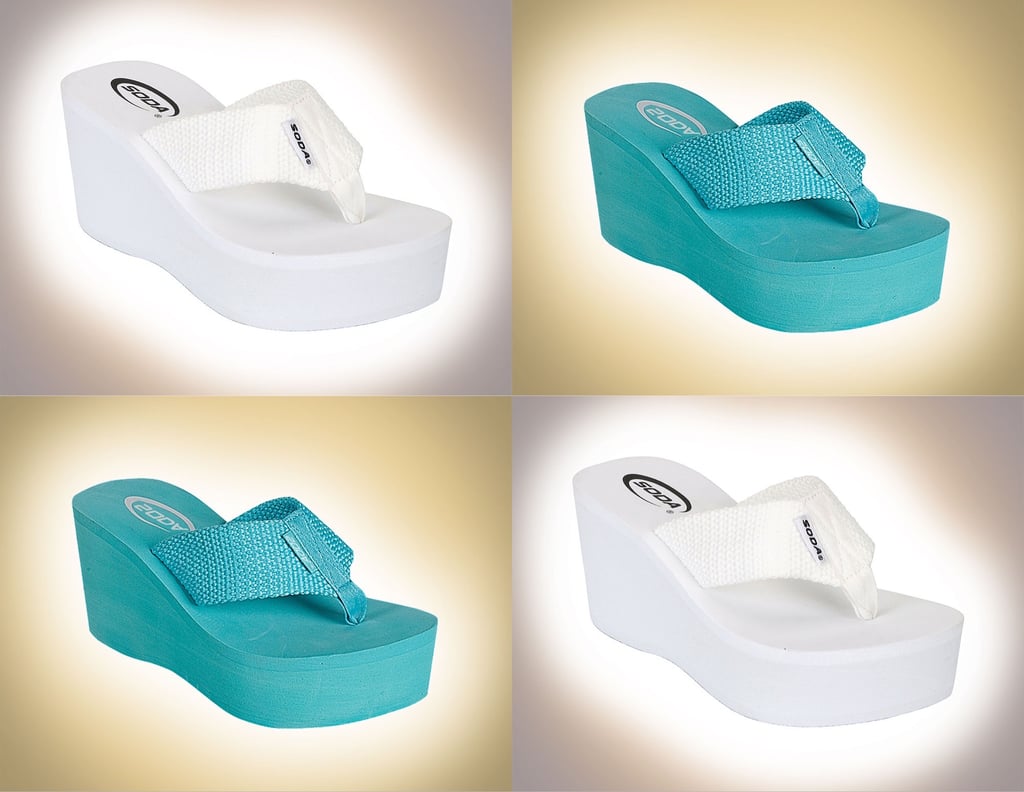 Fact: everything that was once cool in the Y2K era has suddenly become cool again. Case in point? Look no further than the recent resurgence of Juicy tracksuits, middle parts (prove me wrong), glitter on glitter, and of course, Soda sandals. Yes, really — the iconic sandal that was the go-to every school dance is officially making a comeback. And TBH, we’re here for it.

Defined by its thick platform base, strappy thong attachment, and uberhigh arch, it can be argued that Soda sandals walked (down a high school hallway à la the opening scene in Jawbreaker, specifically) so that the chunky platform trend in the early aughts could run, and don’t even get us started on the range. The towering style plays well with just about any 2000’s wardrobe choice imaginable. A velour tracksuit? Cute! A terry halter dress adorned with rhinestones? Love it! A DeLiA*s logo tee and low-rise flares? Iconic! Perhaps inspired by the momentum that Soda restarted, early aughts staple brands like Bebe, Rocket Dog, and Guess have released their own iterations.

But it isn’t just the mall MVPs of the world getting onboard with the flip-flop wedge — high-end labels like Staud, Veronica Beard, and Dries Van Noten have also released ultraluxe versions. Here, we rounded up Soda-style platforms at virtually every price point. Click through our gallery to shop all the options now, then let the wave of nostalgia wash over you.