CAST your mind back to the first place you lived after moving out of home – chances are, it was cramped, damp and extremely overpriced.

So instead of throwing away all their hard-earned cash like we did, savvy students Madison Wood and Pepijn Grijpink have decided to go down a VERY different route. 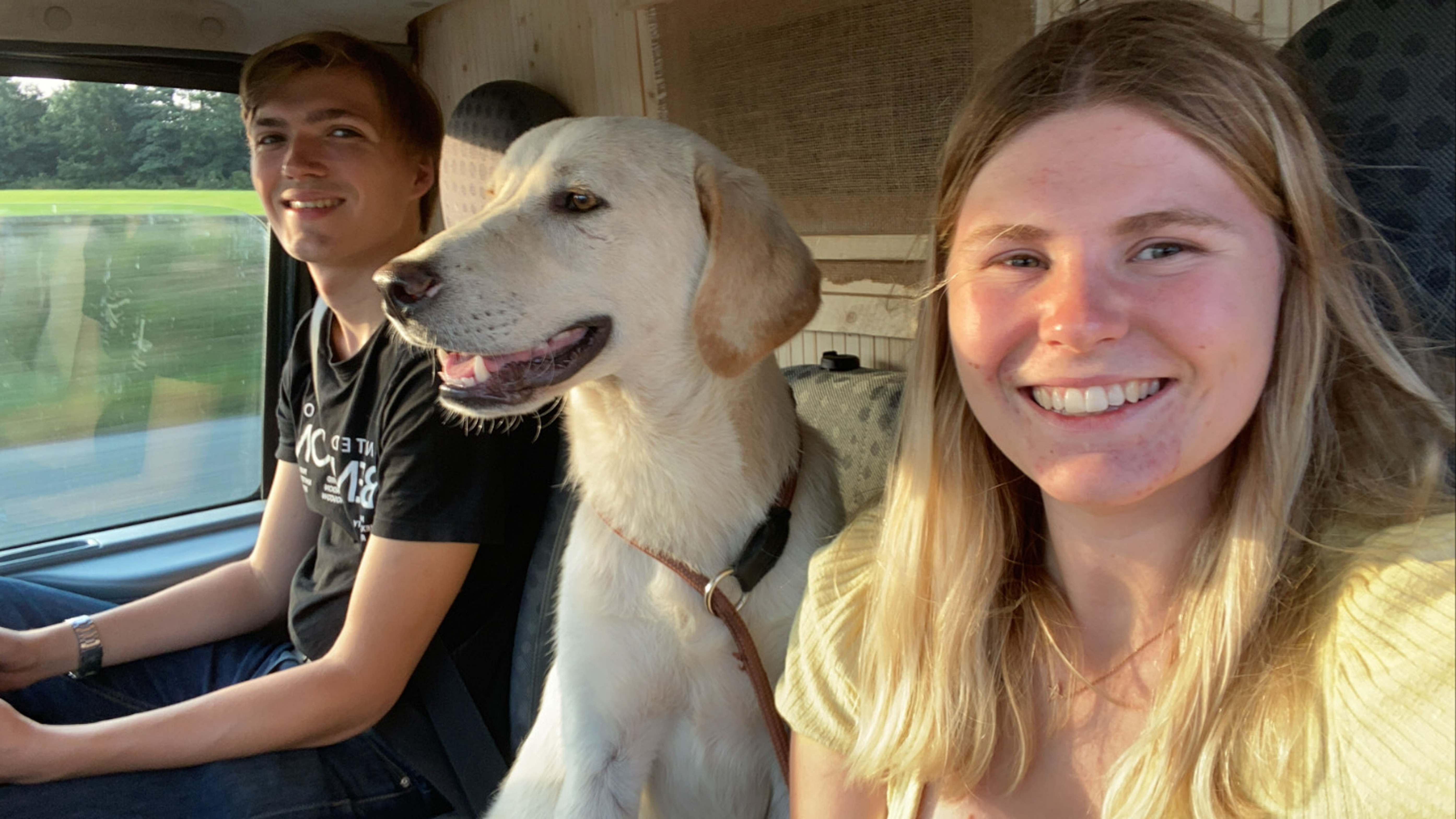 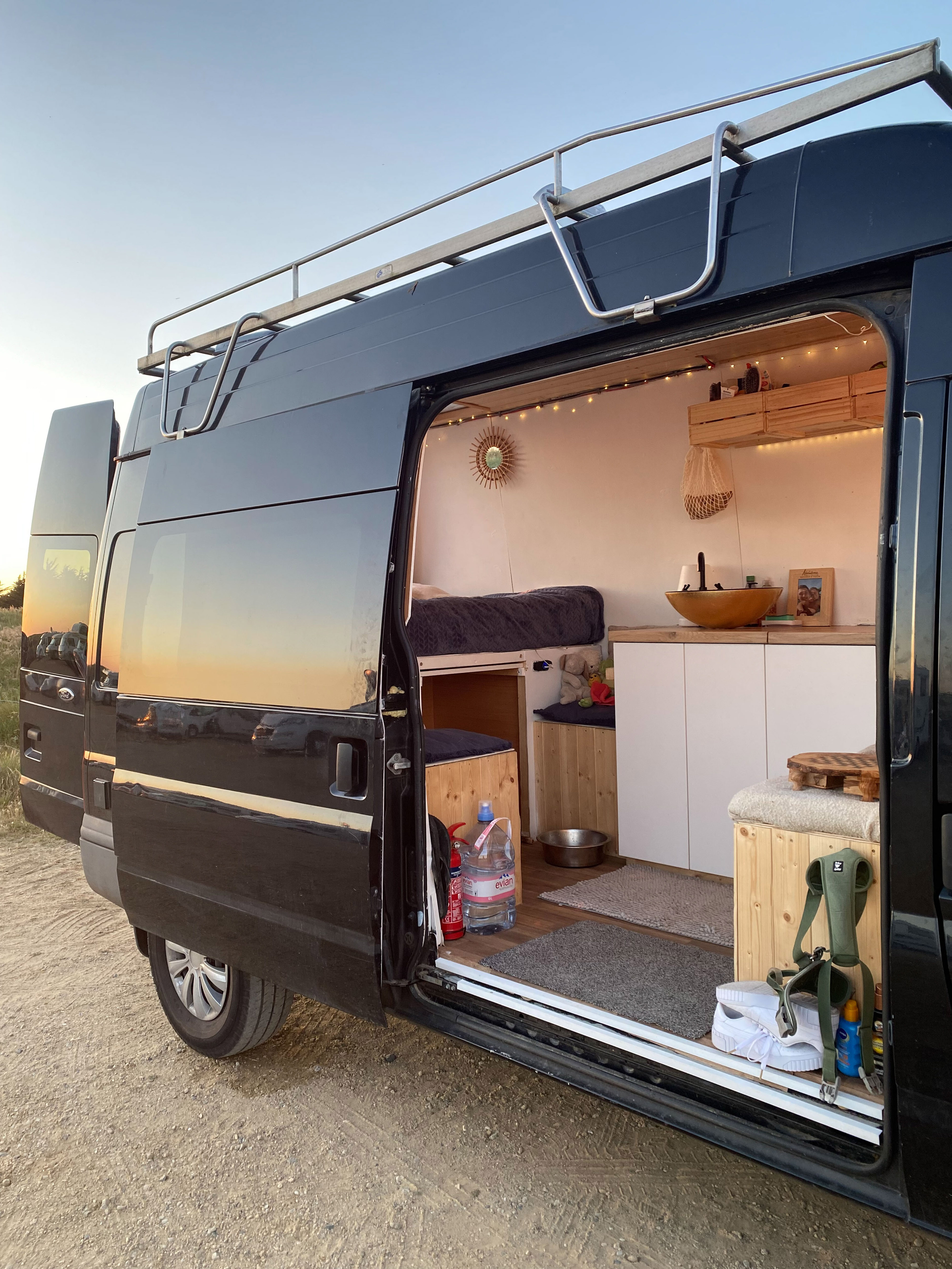 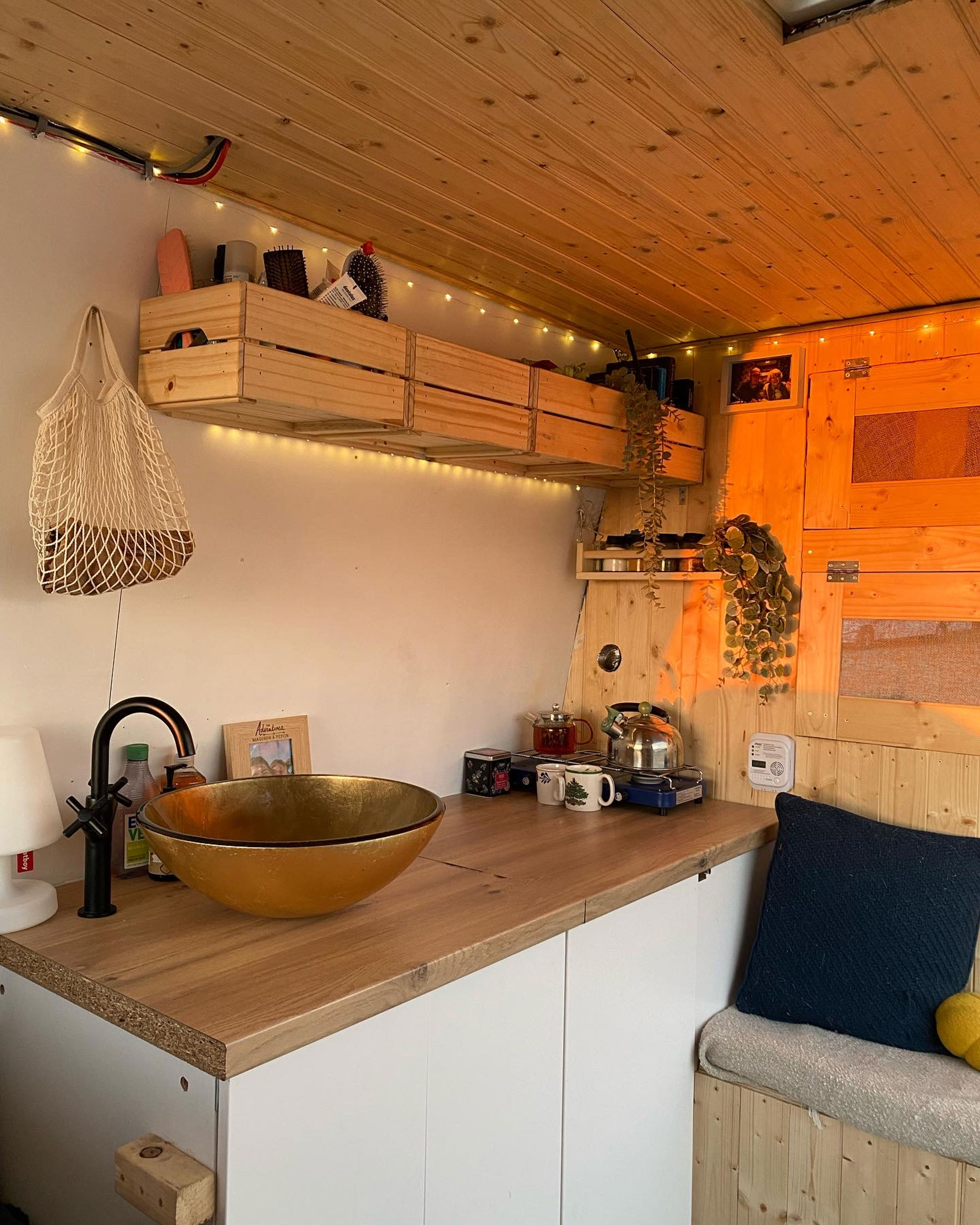 Since August 2021, the couple have been living out of a converted van and travelling the world.

And while they used to spend £1040 on their monthly rent alone, Madison and Pepijn now pay just £465 to cover the cost of diesel, food and water.

Madison explained: "I’ve always wanted to travel, settling in one place has never really been an option for me.

“We were living in the Netherlands whilst Pepijn studied at university, and I was working at a suit store until I lost my job to Covid and then I became a cleaner to be able to afford our rent which was £800 a month inclusive of bills. 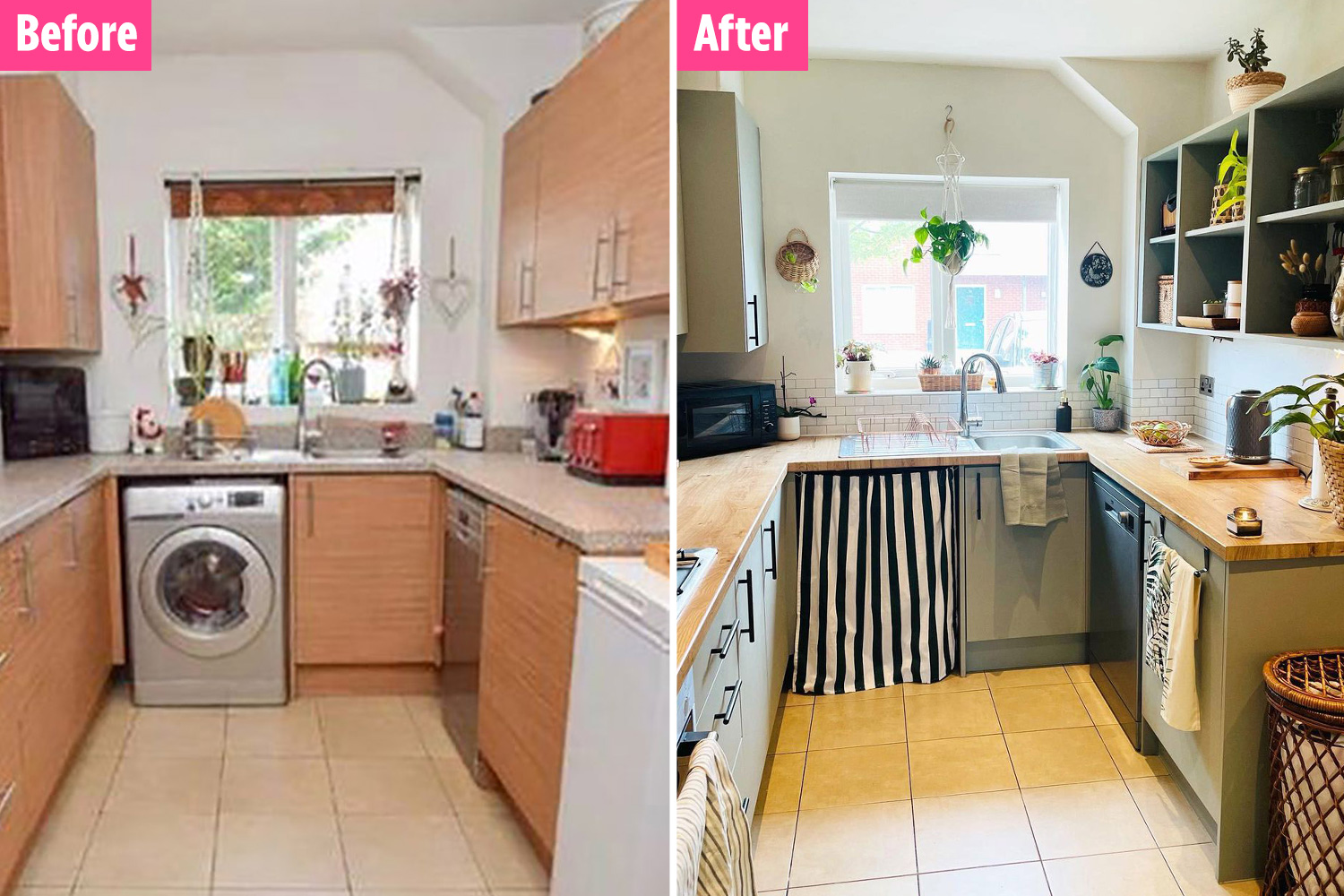 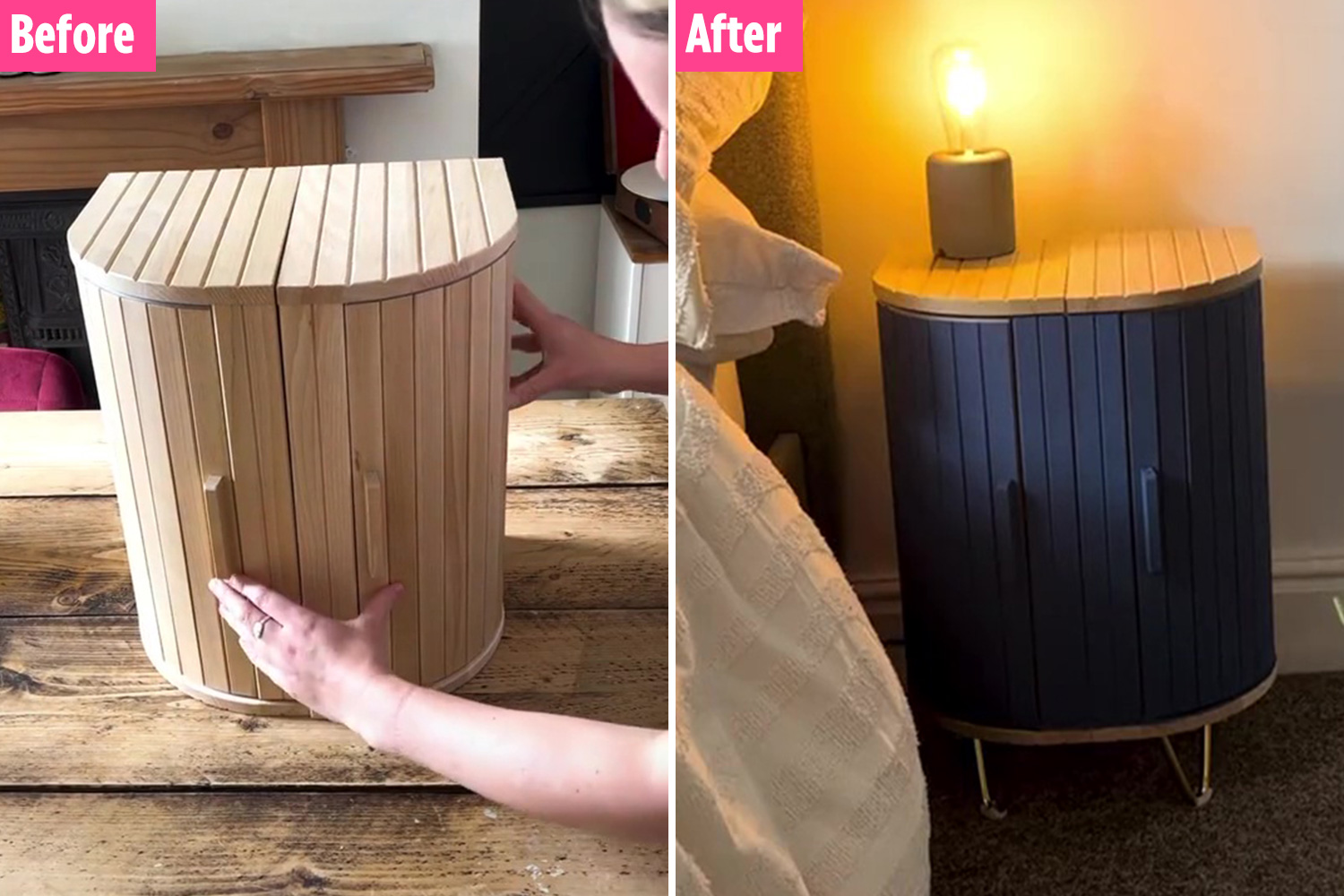 “When the pandemic hit, it became difficult to afford the rent, I got pneumonia and was out of work for over a month, and it became really stressful."

As a result, the couple began researching cheaper places to live – and within a month, they'd bought their van.

She continued: “We ended our rental agreement in June and moved back to England to stay with my parents, whilst we did the conversion.”

The van boasts a sturdy kitchen counter unit, storage for clothes and food, a hidden table, two chairs. a comfy corner sofa, a fixed double bed, and even a room for their dog Sully to sleep in.

Madison added: “We saved up quite a bit of money to make sure every part of the van was quality so it wouldn’t need fixing so often.

“We installed solar panels on the roof to ensure we have environmentally safe energy to use on the road and used recycled plastic bottle insulation to make sure the van was warm.

•TRAVEL EXPENSES: £40 a month on scooter insurance and fuel

"It was hard to find any bargains that would have been the quality we were looking for, but I did manage to get a gorgeous glass sink from Victoria Plum for £60 instead of the original £250.

“We also got a lot of free pieces of wood which we used to create the bed and the chairs.

“The only thing we don’t have in the van is a built-in bath and shower, so we have had to compromise and use a solar shower which we hook up to the back of the van, but it also allows us much more room inside the van.”

In the past ten months, the couple have saved £6,000 on bills and travelled around Scotland, Belgium, Netherlands, Holland, France, and Spain.

She said: “We have no bills, we run our van from solar panels and use bio gas to cook our food which costs £21.50 every six months.

“I see people struggling to pay their bills, and as a student, it’s even worse as we can’t make a proper wage with part time or full-time study.

“I love the life we are living without the worry of bills.”

The pair have loved their travelling lifestyle along with their adopted dog Sully.

Madison said: “We don’t have any plans to settle, we love the freedom van life gives us.

“We adopted him from a Greek rescue, where he was trapped in a house as a puppy, so he hates being in stationary houses now, he just feels on edge”.

“He loves being in the van, swimming in the sea and lakes, going on walks through the forest and hiking up mountains.

"Being able to travel without money worries like bills has made us truly happy.

"I’m excited for where the future takes the three of us.” 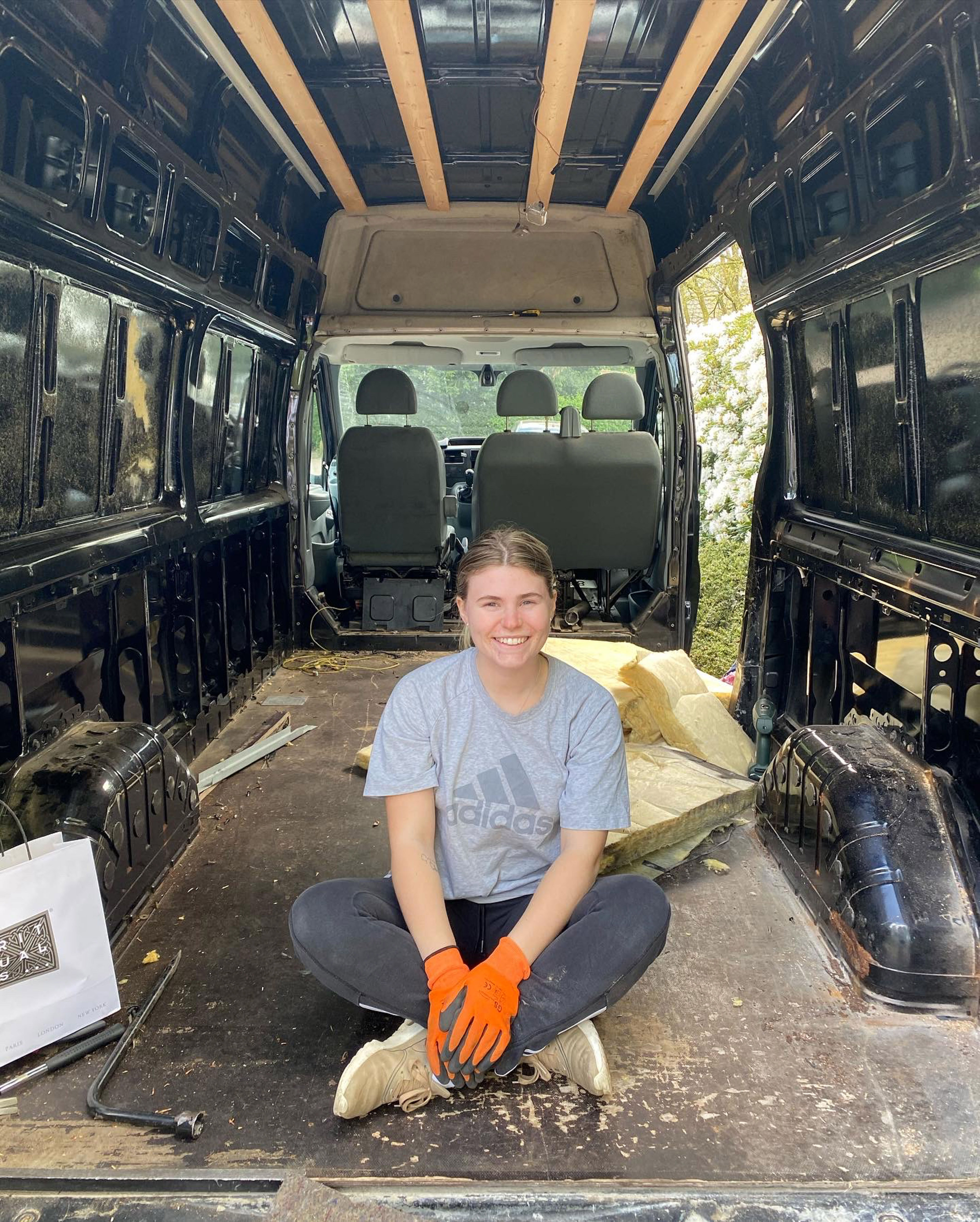 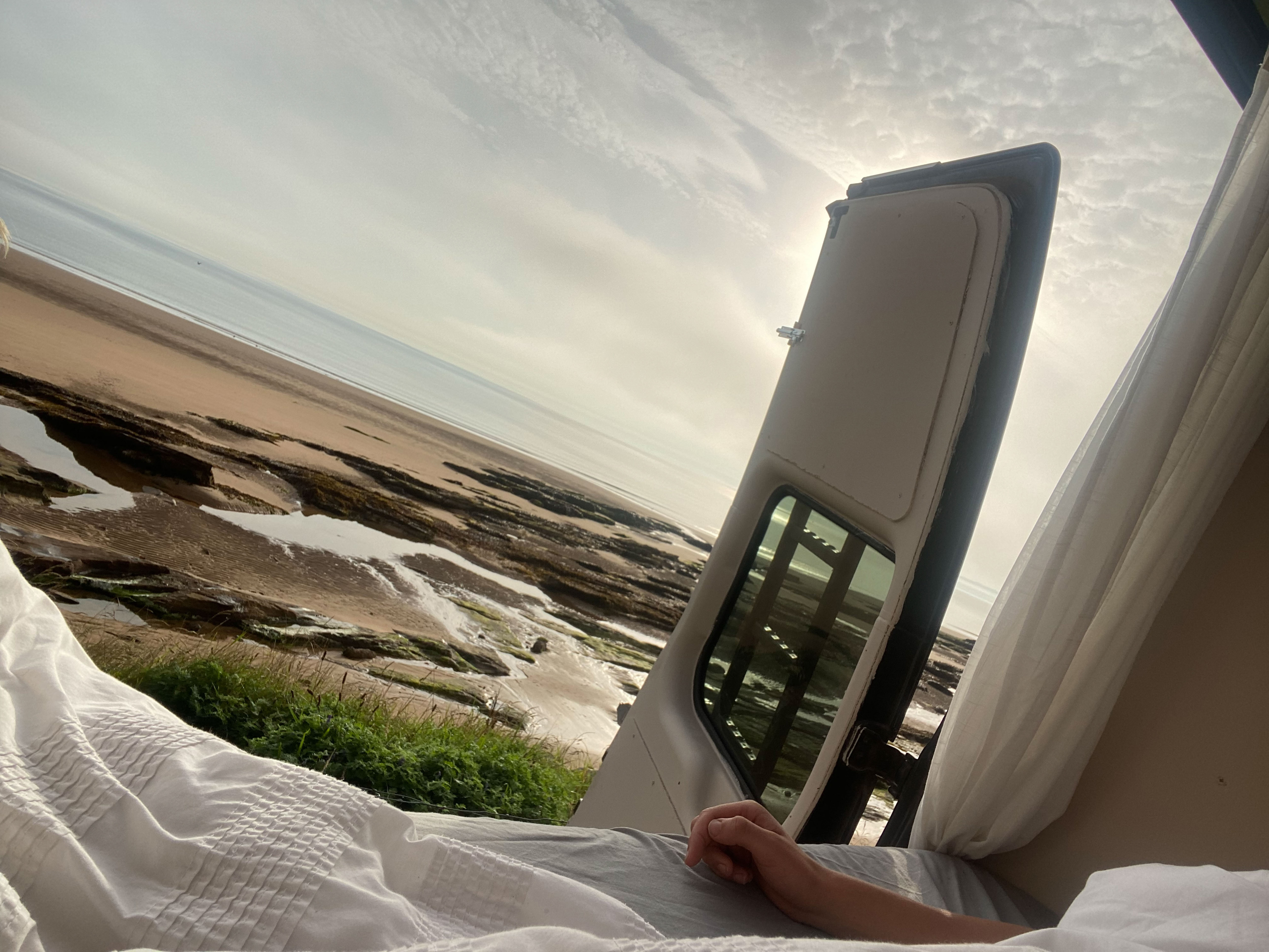 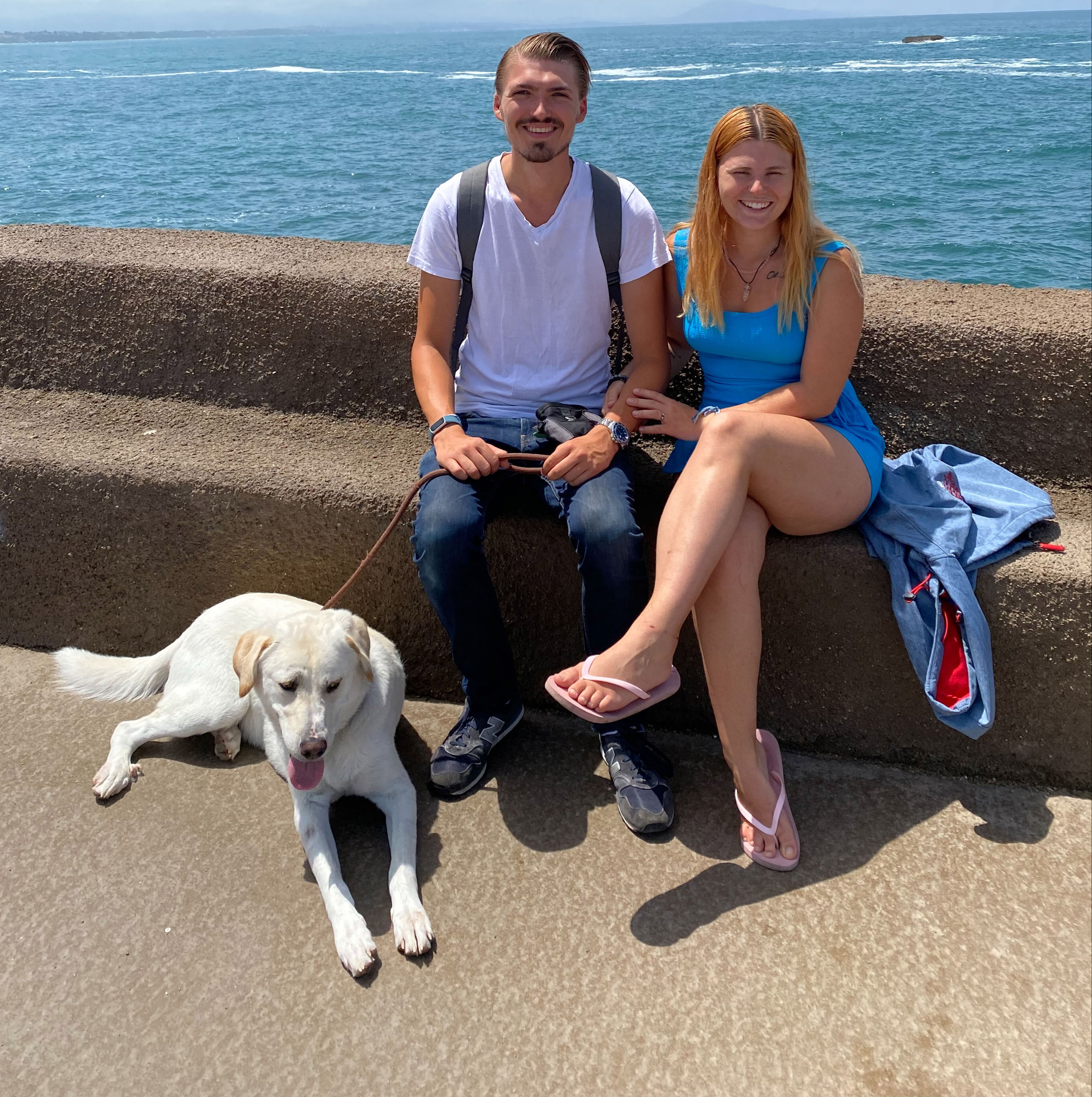