DRAWING a Six of Cups in a tarot reading can be a sign of happy reunions to come, or a stern reminder that you need to move forward in life rather than backward.

Here's what the Six of Cups tarot card means if you draw it upright or reversed, and the keywords associated with this tarot card. 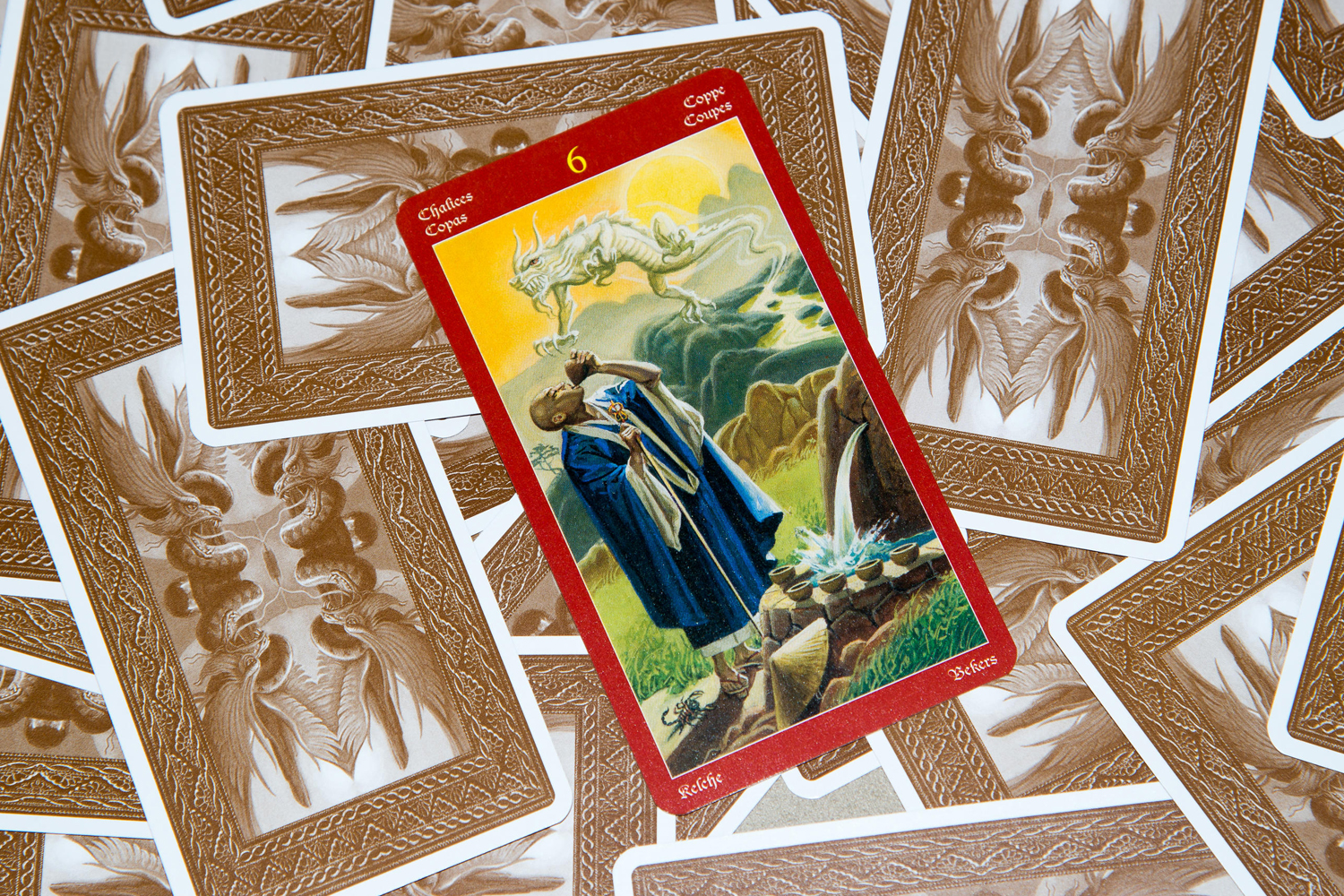 What does the Six of Cups tarot card mean?

Some tarot cards illustrations depict two children surrounded by six cups of white flowers, while others show six cups around a body of water.

Passing a cup between friends, or drinking from one of the cups, is a symbol of traditions, happy memories, cooperation and reunions.

According to Biddy Tarot, this card represents a person or event from your past resurfacing, and the harmonious nature of the friendship depicted is a good omen.

You may be receiving signs that an old flame or childhood crush is ready to make things work.

Or, it could encourage you to consider searching for true love or your dream career in your hometown.

If you're trying to have children, the Six of Cups is seen as a harbinger of fertility and abundance.

And on a micro-level, you can take the Six of Cups as permission to return to your old favorite books, movies, meals and people for comfort.

What does the Six of Cups tarot card mean reversed?

Like with all tarot cards, a reversal of the Six of Cups takes many of the same themes associated with an upright card, and asks for a little more introspection.

If you've been dwelling on a falling-out, a family feud, or a long-gone mistake, the Six of Cups may appear in your tarot drawing because you need to let go.

The card can also indicate that a physical or mental health backslide is rooted in family trauma or unaddressed issues from the past.

If you've been stuck in a romantic bind, a reversed Six of Cups could be the tough-love reminder you need to stop viewing your previous partners through rose-colored glasses.

Finally, if you're unsatisfied in your career, a reversed Six of Cups could be interpreted two ways.

You should look at negative holding patterns in your workplace and see if you're clinging to any destructive habits.

Or, if you don't already, you should look into working with children in need and trying to make a living by protecting future generations.

What are the Six of Cups tarot card keywords?

An upright Six of Cups is a symbol of revisiting the past, childhood memories, innocence, and joy.

A reversed Six of Cups, on the other hand, references living in the past, forgiveness, or lacking playfulness.