When Christine Sun and Michael Hurwitz first encountered each other, at a party hosted by the University of Virginia business school in 2015, they talked for a few minutes and both came away from the conversation a little surprised.

Ms. Sun, who was beginning her second year at the university’s law school, couldn’t really make out Mr. Hurwitz’s features, as he was backlit, she said, but she had no difficulty recognizing that he was fluent in Mandarin. It emerged that he had just returned from living abroad for five or so years in Shanghai, and that he had been in New Zealand for a year before that.

It also came out that he had been a performer in Shanghai — playing guitar and occasionally bass for a couple of rock-reggae bands, but mostly for one called Hello Money — until he returned to the United States for an M.B.A.

The two realized that they had briefly overlapped in Shanghai in 2012, when she was there on a summer internship during college and visiting family. And then their conversation concluded and they mingled separately.

The two didn’t bump into each again until a few months later, in early 2016, when they matched on Tinder, the dating app.

Ms. Sun, now 30 and an associate in the asset management department at the New York law firm Willkie Farr & Gallagher, quickly realized that the guy with the “funny and candid” profile was the same fellow she met previously, and soon they were planning a night out with beer, wings and live music in Charlottesville, Va.

“It went really well,” she said, adding later that the two shared a first kiss at the show. “But I wasn’t really looking for anything, was just looking to meet people outside of the law school, which can be pretty insular of a community. I thought, ‘This was fun. I guess I’ll probably never see him again.’” 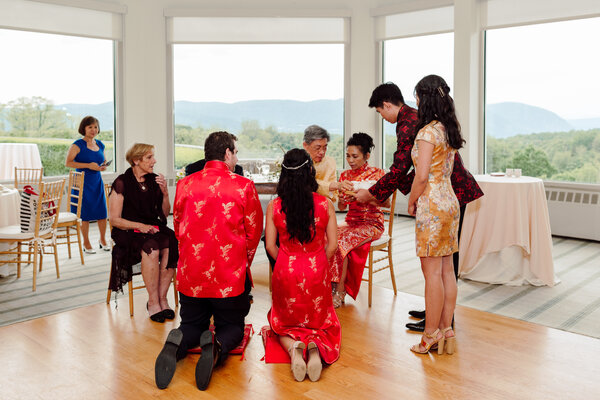 Mr. Hurwitz, 35 and a director for insights and data strategy in the New York office of the French agency Havas Media Group, said that he remembers being charmed by the effort Ms. Sun put into preparing for their first date.

“It was clear she was trying,” he said. “She clearly Googled D.C. sports teams, and so she asked me, ‘What do you do when the Nationals play against the Redskins?’ and I had to say, ‘It doesn’t come up that much.’”

Ms. Sun decided that on their second date, she would tell him that she wasn’t going to see him again. “I went into it thinking, ‘I should end this now. I don’t think I have time for this,’” she said. “But instead of breaking up with him, I asked him to law school prom.”

The couple spent the next few months getting to know each other and falling in love. Before they separated that summer for internships, hers in New York and his in Austin, Texas, they decided to make a go of the relationship. Mr. Hurwitz transferred to the University of Maryland, where he completed his M.B.A.

“I kept denying that it was serious for a long time, but I like officially agreed to be his girlfriend, or whatever, in late April,” she said. “I just had one of those weird feelings, just that like, ‘Oh, I could see myself spending my life with him.’”

On May 22, the couple married at the Garrison, an events space and golf resort in Garrison, N.Y. Alex Stewart, a friend of the couple who is a Universal Life minister, officiated. The couple had planned to wed on Aug. 1, 2020, but postponed their celebration because of the coronavirus.

For Mr. Hurwitz, clarity about the future he wanted with Ms. Sun came in July 2018, when she once again impressed him as the two hiked a portion of the Appalachian Trail in southern Virginia.

“She hadn’t been camping before in her life, the weather sucked — it was gloomy and raining — and the trails were pretty difficult,” he said. “But she was so cheery and happy about it, was so excited to be doing something with me that I loved to do. And I thought, ‘I want to be doing this for the rest of my life.’”