A WOMAN was moved to tears after secret notes she wrote with her siblings in 1987 were found hidden in the walls of her old house.

Kimberley Colbeck, 36, was left shocked after builders found the sweet time capsules in the walls of her old terraced home in Leeds. 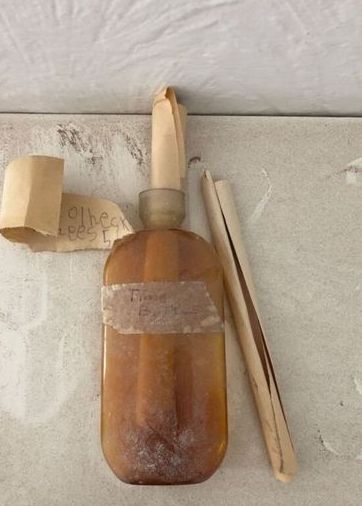 The cute notes were written by Kimberley, who was three at the time, along with her siblings Andrew, then 13, and Christopher, who was eight.

The discovery was made over 30 years after they were hidden, and Kimberley spotted a post about the discovery on Facebook and realised they were done by her family.

She said: "I cried when I first saw the note. My older brother Andrew sadly passed away two years ago.

“It was really emotional to see his writing." 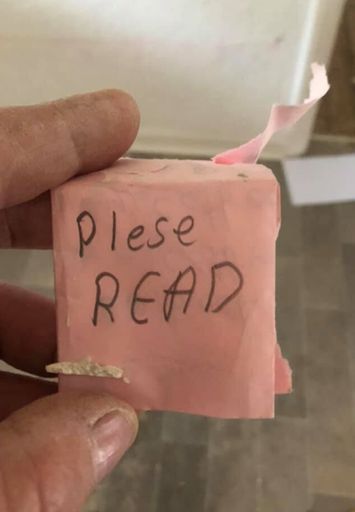 The notes had been created when Kim's late uncle was fitting a new kitchen – and the two brothers and sister banded together to squeeze notes behind the tiles on the walls.

One of the letters was hidden in a small glass bottle used as a time capsule.

They wrote their names, ages and the date it was at the time.

Andrew’s message said: "Today is it Valentines Day. Yes. 14/2/89", along with his birthday and the fact he was a Scout.

The Colbeck family moved from the home in 2013 but the house is very sentimental to Kimberley. 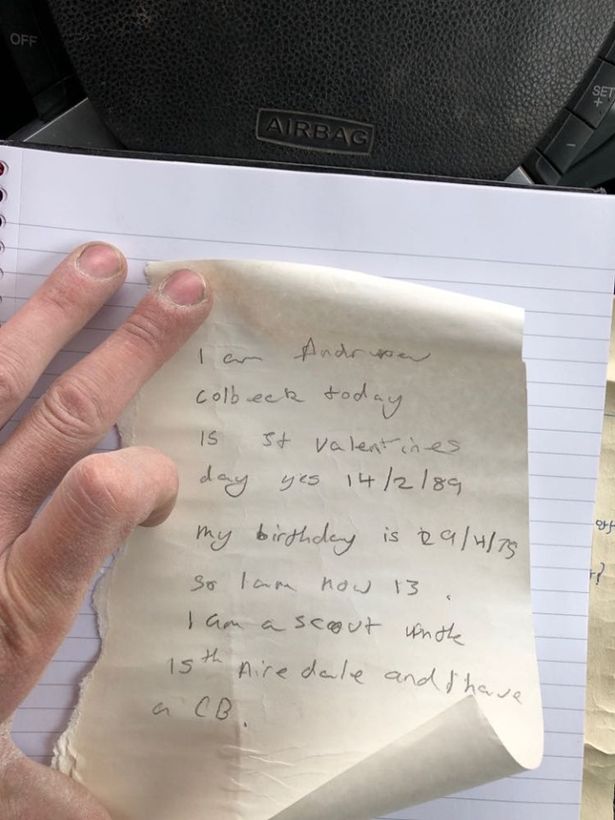 She said: "I was talking to my cousin about it and that house holds such big memories of when we were younger.

"That house was a massive part of my life.

"Hopefully I can show my dad, who actually placed the notes for us when we were kids. He is currently suffering with dementia.

"It would be nice to see if he recognises it.

"At the beginning of the lockdown my dad contracted coronavirus, we had a full week of end of life discussions. 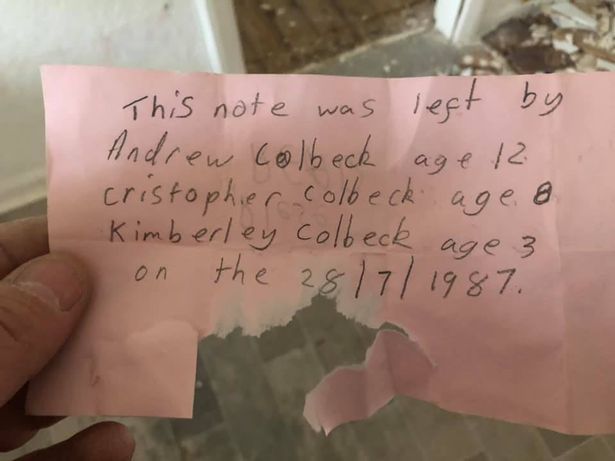 "He pulled through, I went to the hospital and he was dancing with the nurses, and he is now back at the home.

“We haven’t seen him since early March.

"I'm so pleased I can get something from my childhood and I'm now thinking of creating a time capsule with my own daughter."

Kim, who now lives in Castleford, has arranged to meet with Darren Moon, the joiner who made the discovery, to retrieve the notes.

In other news, a woman reveals heartwarming moment she left secret note for two older men she heard chatting on the train and got an amazing heartfelt reply.

And a book-lover discovers secret note from Enid Blyton in second-hand novel she bought for just £1.