A WOMAN has revealed how she saved over £9,500 by giving her kitchen a makeover on a budget using Frenchic paint.

Grace Young, 28, from Stockport, couldn’t afford to have a brand new kitchen fitted after being quoted £10,000 by professionals so decided to give the space a makeover herself. 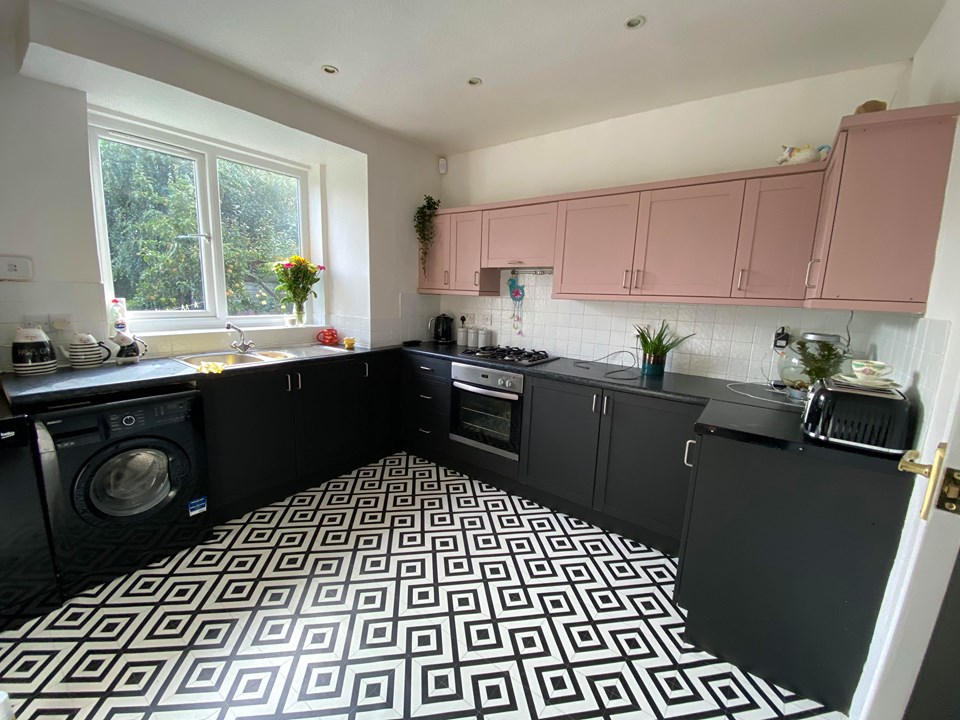 The trust officer found her old kitchen “dated” and “drab” whereas she was looking to create a funky modern space.

She decided to use frenchic paint and vinyl flooring to give her kitchen a stylish pink and black makeover instead – and it only cost her around £270.

Some people have even said the makeover is so amazing that you cannot tell Grace used paint on the cupboards when looking at the doors up close.

Sharing her incredible transformation to Facebook, Grace shared: “My first ever project, and it was a big one. 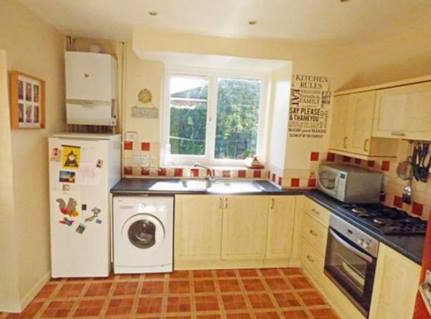 “We recently moved and couldn’t afford to replace the new kitchen so with a little inspiration from all you guys, we gave it a Frenchic makeover!

“We used Dusky Blush and Blackjack on the cupboards, Whitey White and FC on the tiles.

“I am really impressed with how easy it is to use Frenchic, fingers crossed it stands the test of time.

“We still have quite a bit to finish, but what a difference already.

“Up next, I will be attempting a gin cabinet in Kiss me Sloely!”

Grace’s post instantly raked up over 3,000 likes and hundreds of comments with users left impressed by her DIY skills and Frenchic makeover. 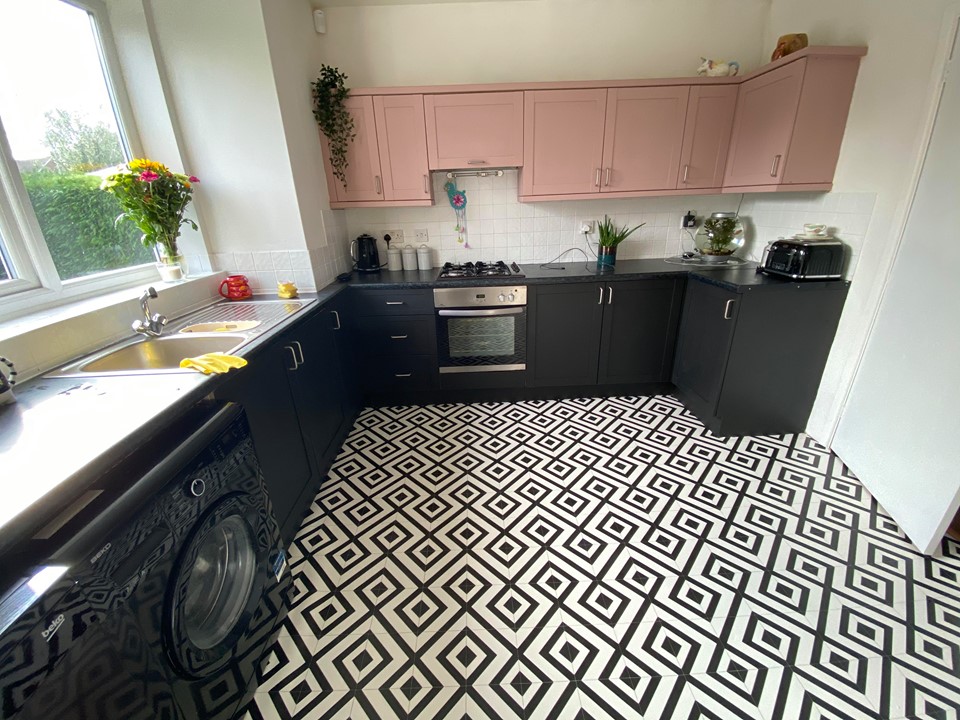 She revealed the incredible transformation and showed off her new pink and black interior after she ditched the dark brown wooden shades.

Grace said she used inspiration from a Frenchic paint Facebook group – and used the paint to cover the kitchen cupboards and wall tiles while laying new vinyl over the floor.

She said: “I simply renovated my kitchen using Frenchic paint and vinyl flooring.

“We recently bought the house and couldn’t afford a new kitchen and became inspired by the Frenchic fan page.

“The kitchen was in good condition but the decor was dated and not to our taste as the flooring made it feel dark and smaller than it was.

“I trawled the Frenchic fan forum and Pinterest looking for ideas and then I thought I love pink and black so why not!” 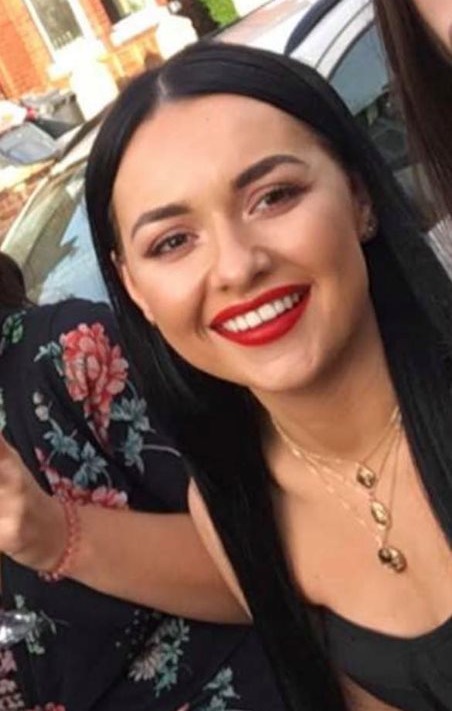 Grace then spent three weeks working on the kitchen transformation and giving the space a total Frenchic makeover.

She sugar soaped the cupboards, sanded them down and removed the handles before painting them.

It took around six coats of paint and she admitted that her fiancée was unsure about the pink hue at first.

She also laid new monochrome-style vinyl flooring over the top of the kitchen’s previous floor vinyl.

She said: “After the first coat my fiancée thought I was crazy but now he loves it too!

“We fitted the floor together which was relatively easy and then accessorised. We are still awaiting a new worktop but I love it already.

“I got the idea from the Frenchic Fan Forum after being introduced to it by my sister-in-law. There are many amazing transformations on there.” 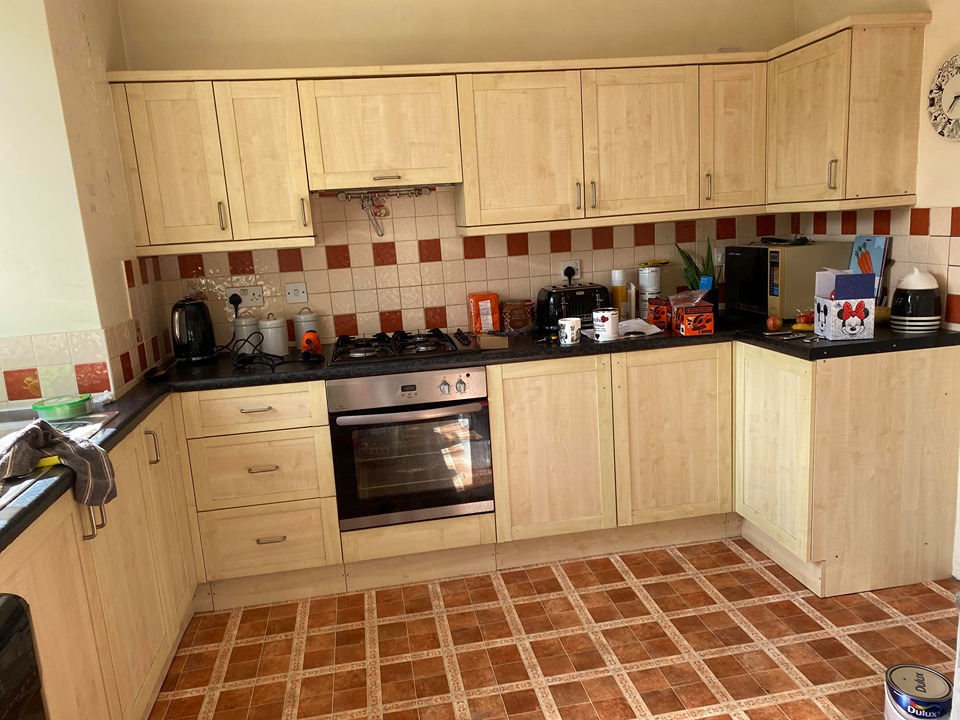 Grace used three tins of Frenchic paint priced at £19.95 each, Frenchic finishing coat for £12.95 and vinyl flooring from flooring superstore for £200.

She also picked up some bargain paint brushes from B&Q – the whole kitchen makeover cost around £270 and she has saved herself thousands.

Miss Young said the DIY project took around three weeks to complete but said it was worth every minute as she loves the finished result.

She added: “We had recently moved in and couldn’t afford a new kitchen but the existing decor really wasn’t to our taste, it felt dark and drab.

“The paint is so easy to use – it’s a miracle worker for sure! So many people have said they can't even tell it’s painted up close.

“It would have cost in the region of £10,000+ due to the size of the kitchen to have it done professionally.

“This way was definitely so much cheaper and I actually wouldn’t change it now, I love it!”

Grace said applying the black paint was the most challenging to do as the first coat looked terrible.

She doubted whether she had ruined the kitchen but felt relieved – as after three coats, it started to look amazing.

She added the most fun part of the whole project was choosing the floor and accessories. 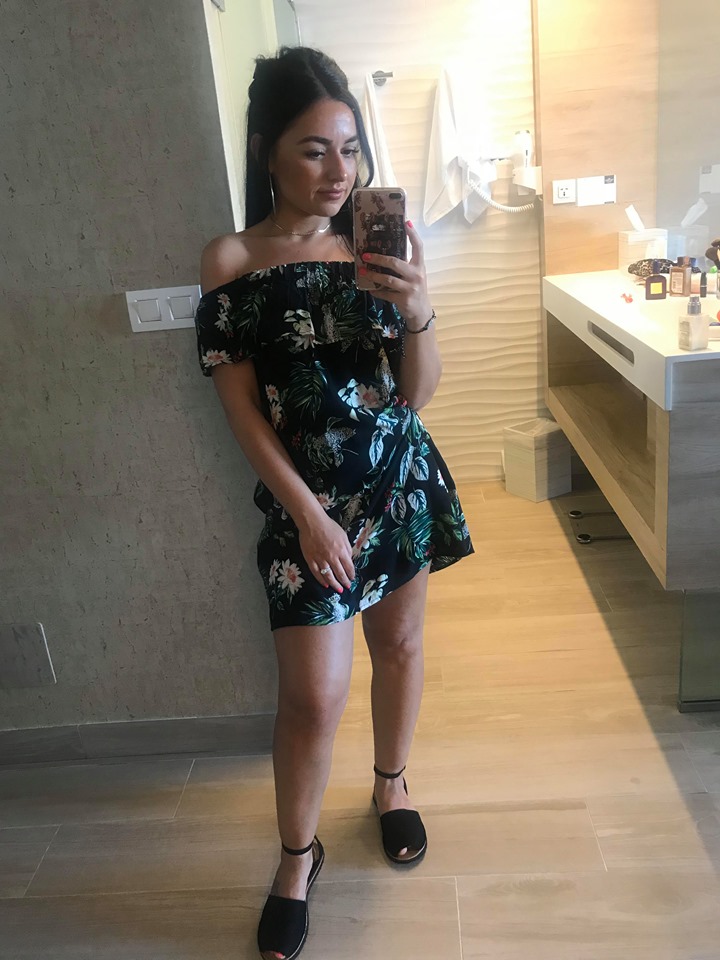 The trust officer has been left so impressed with Frenchic paint, she is now planning to use the paint to give her gin cupboard a Frenchic makeover as well as repainting her wardrobes.

Grace said: “I love that our kitchen is now different to everyone else's.

“Not many people can say they have a pink kitchen! It’s a nice area to be in now and it’s funky.”

One wrote: “It is totally, totally fantastic" and another shared: “Oh my word…..fabulous.”

Previously, a mum transformed her kitchen for just £46 by painting tiles and worktop – and months later there’s not a scratch on it.

In other news, this mum transformed her daughter's bedroom using celery and paint tester pots.

And woman reveals how Mrs Hinch’s favourite £1 cleaning paste changed the colour of her patio & saved her buying a jet wash.