A SAVVY bargain-hunter who never pays full price for anything has showed off her incredible "bargain cupboard" which is choc-a-block full of cut-price beauty buys.

The thrifty shopper has been adding to her huge stash for five months, and revealed everything in cost between 1p and £1. 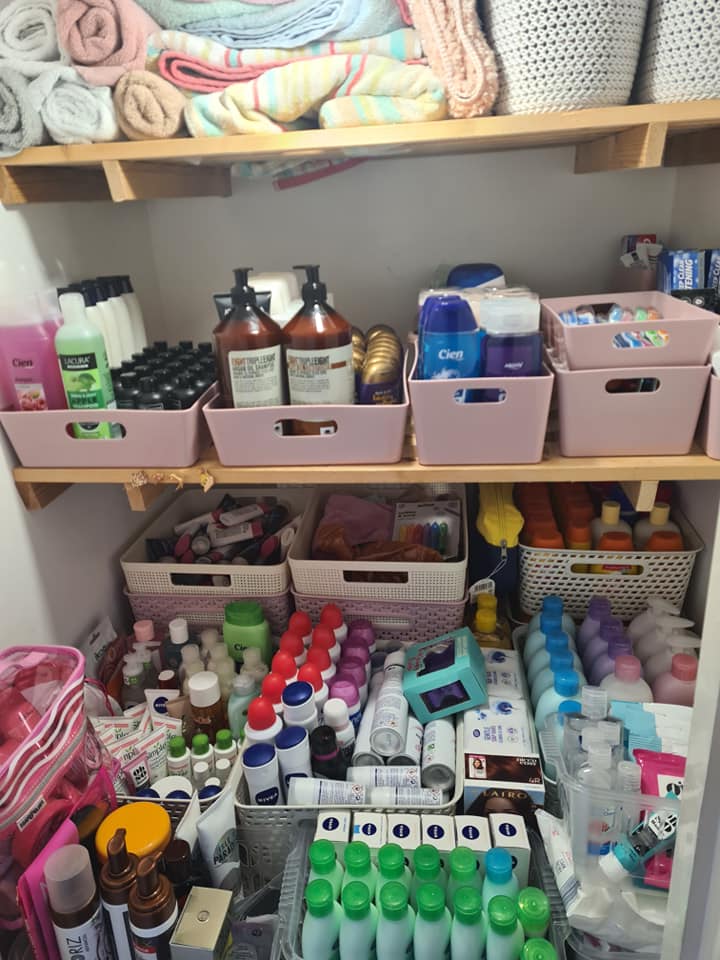 She shared some pretty impressive snaps in the Extreme Couponing and Bargains UK Facebook group which showed hundreds of products strategically organised in tubs.

The cupboard is filled with dozen of shampoo, conditioner, body wash and deodorant – and there's even a whole tub filled to the brim with toothpaste.

Captioning the amazing pictures, the woman revealed: "So this is my bargain cupboard I've been building up for over 5 months bargains in boots and super drug EVERYTHING was all was between 1p ab £1!!"

She even admitted that her stash has grown in size since taking the pictures, adding that you "gotta stay stocked up when your a mum." 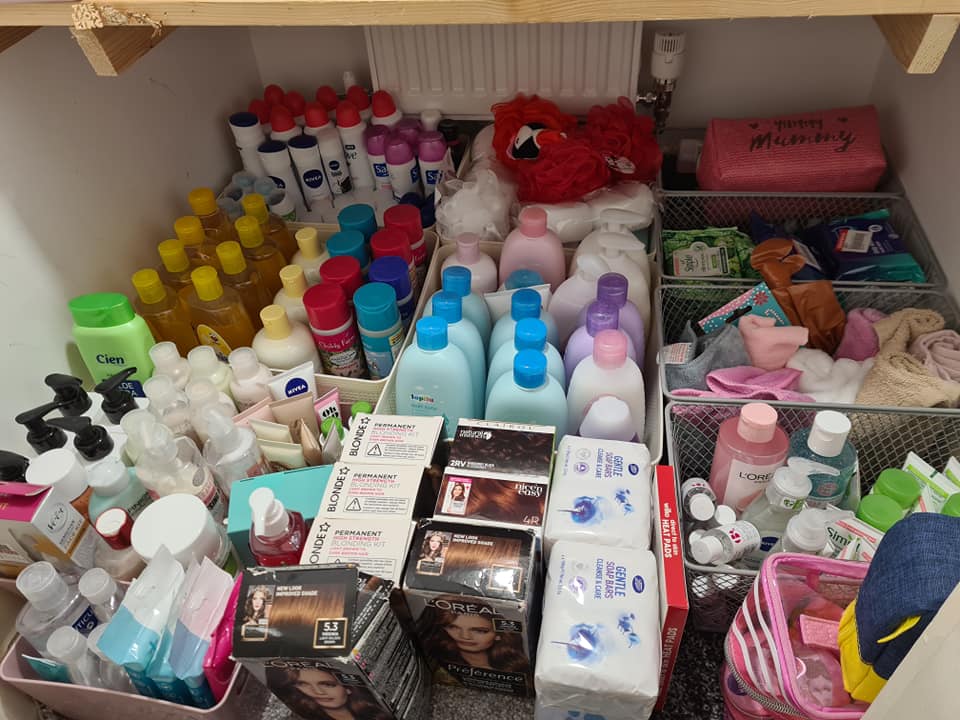 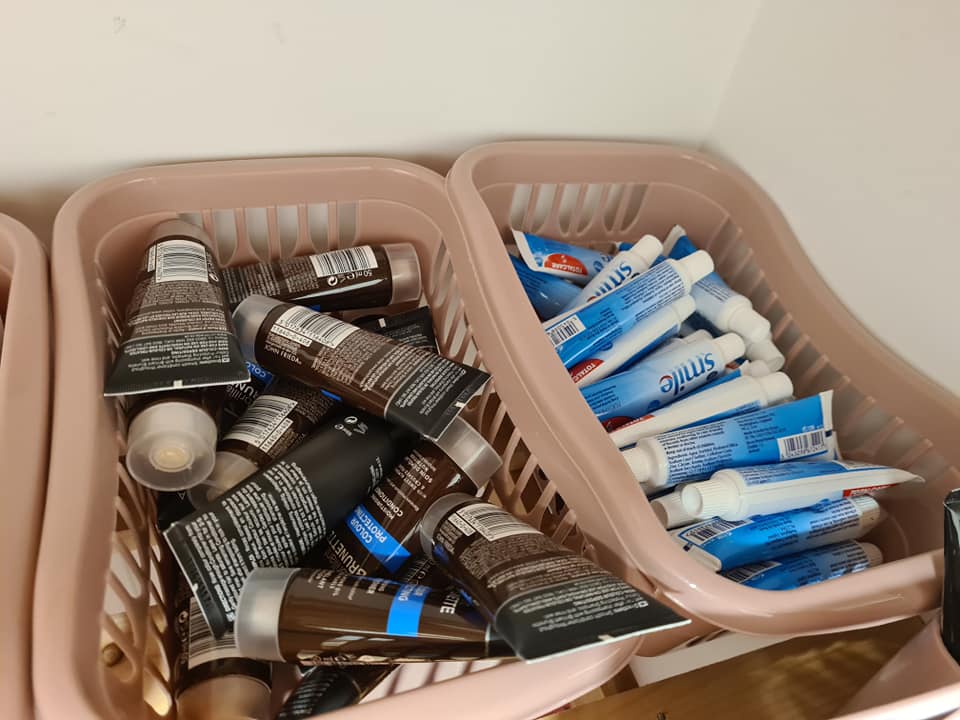 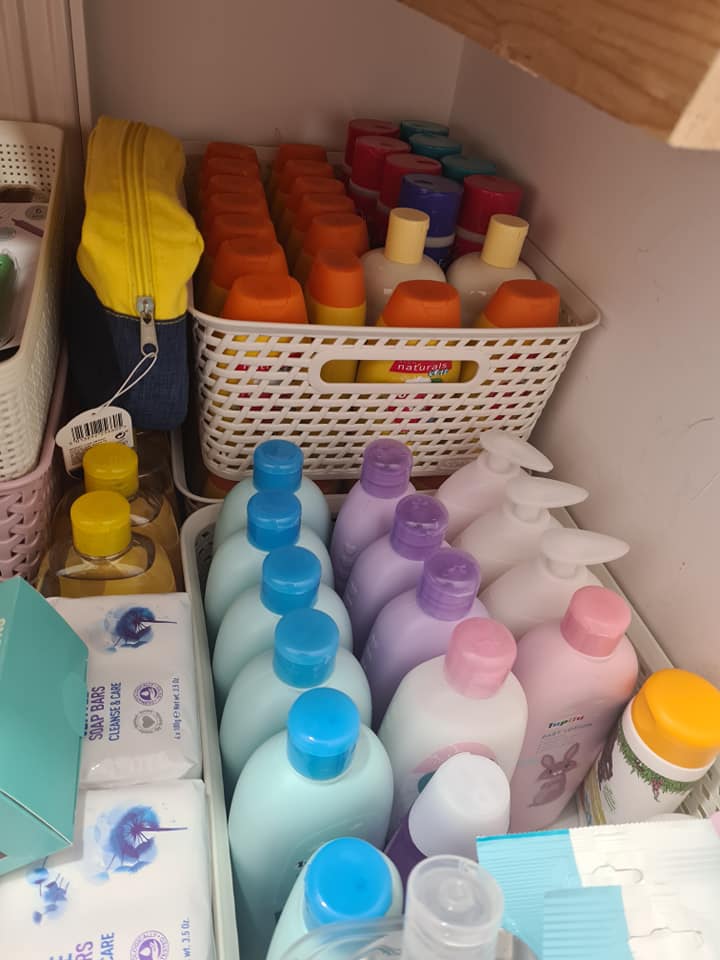 Detailing some of her impressive buys, she said that all of the C.Y.O makeup from Boots cost between 25p and £1.

While the fake tan set her back just 25p and the Bondi Sands tanning mits cost 50p – with usual prices starting at around £4.

Some people were concerned that the products wouldn't last long enough for her to be able to get through them all – and warned that some beauty products have expiry dates.

But she didn't seem too concerned by the comments and said that everything is "perfectly ok for a long time." 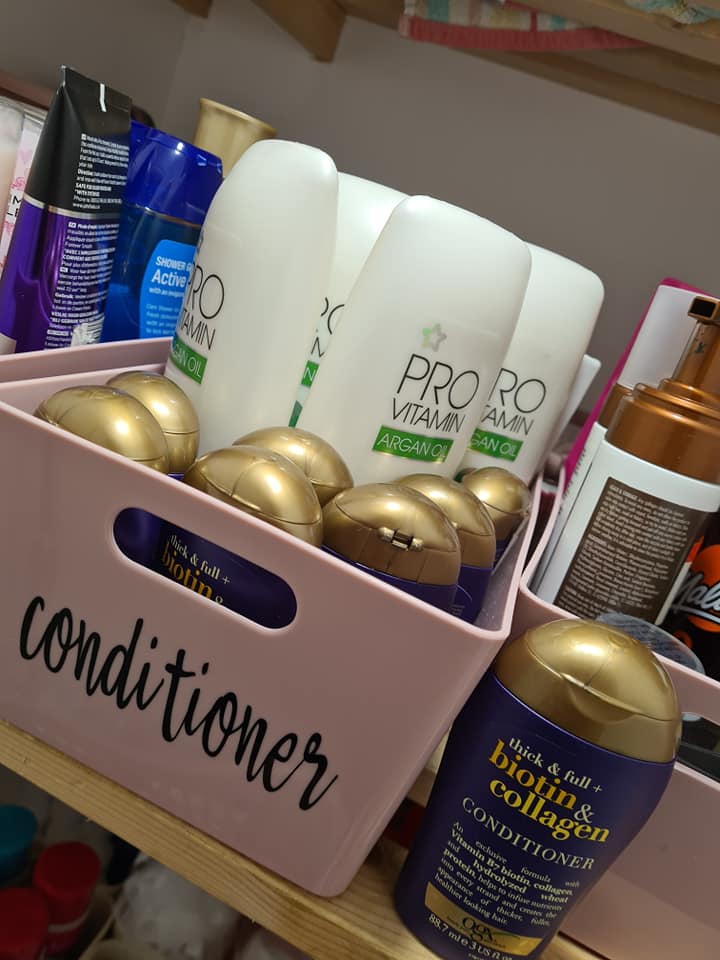 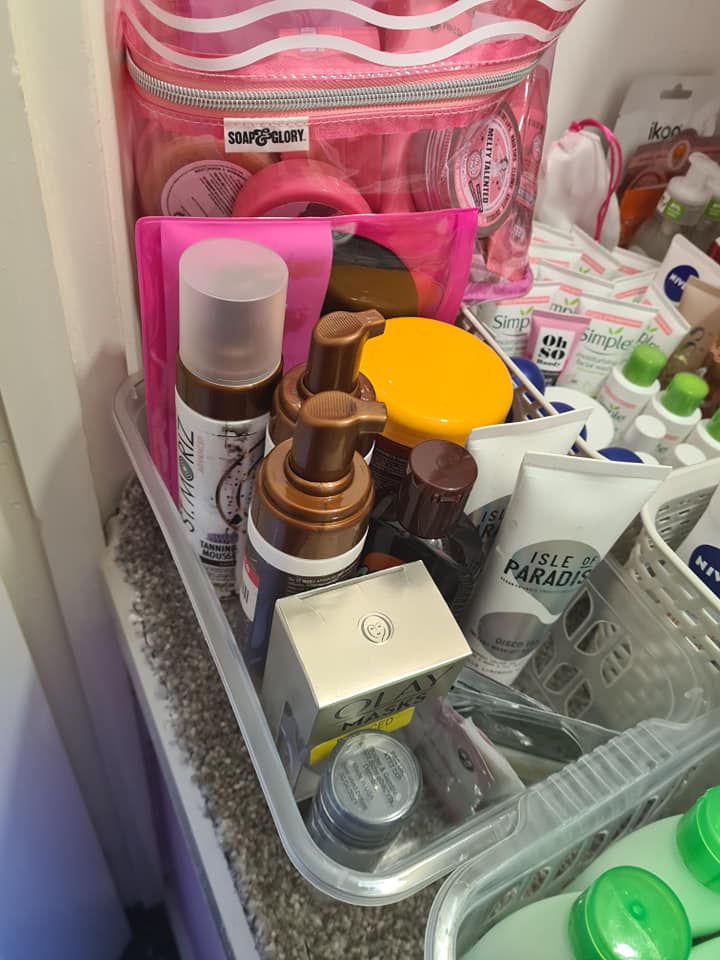 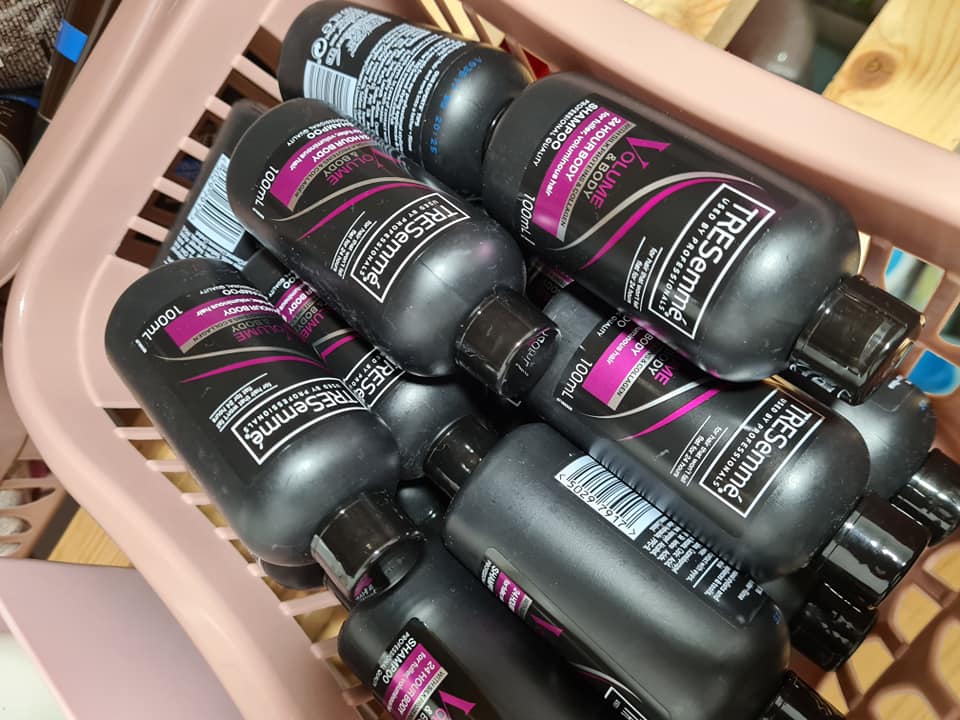 The post racked up over 3,000 likes and hundreds of comments from people who were amazed by the eye-watering amount of bargains.

"Omg I'm ashamed to say, I would bloody love a cupboard like this," one person said.

"Amazing, genuinely jealous. It reminds me of the cupboards people have on extreme couponing," said another.

Another adder: "Ok I'm now officially turning my upstairs cupboard into a bargain cupboard too because I'm having serious cupboard envy."

Many even joked that her cupboard has as much stock as many shops, and praised the mum for being so organised. 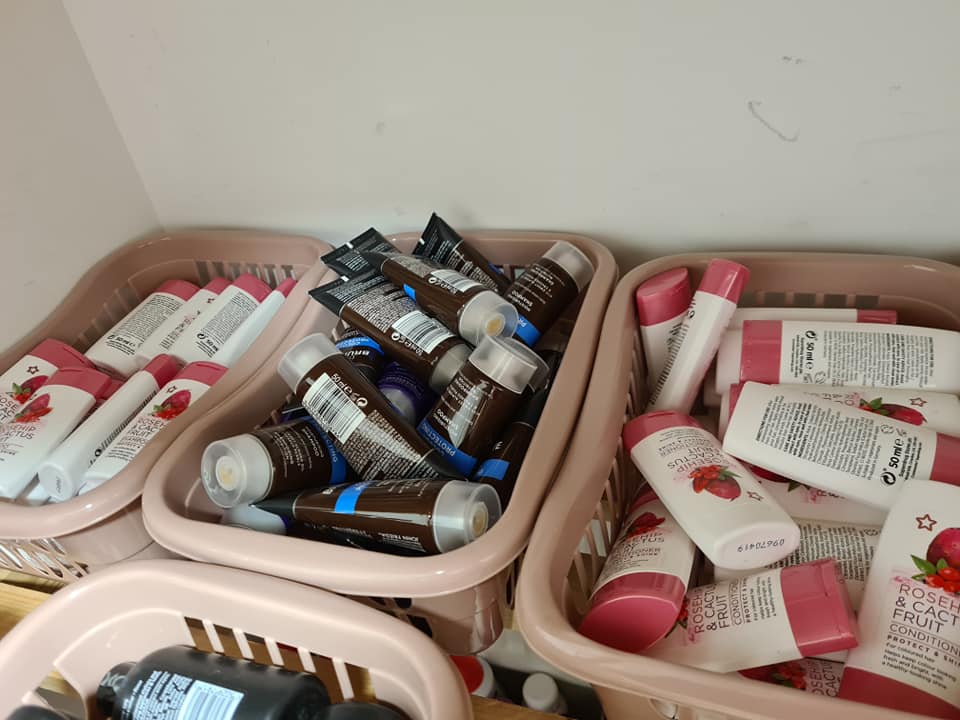 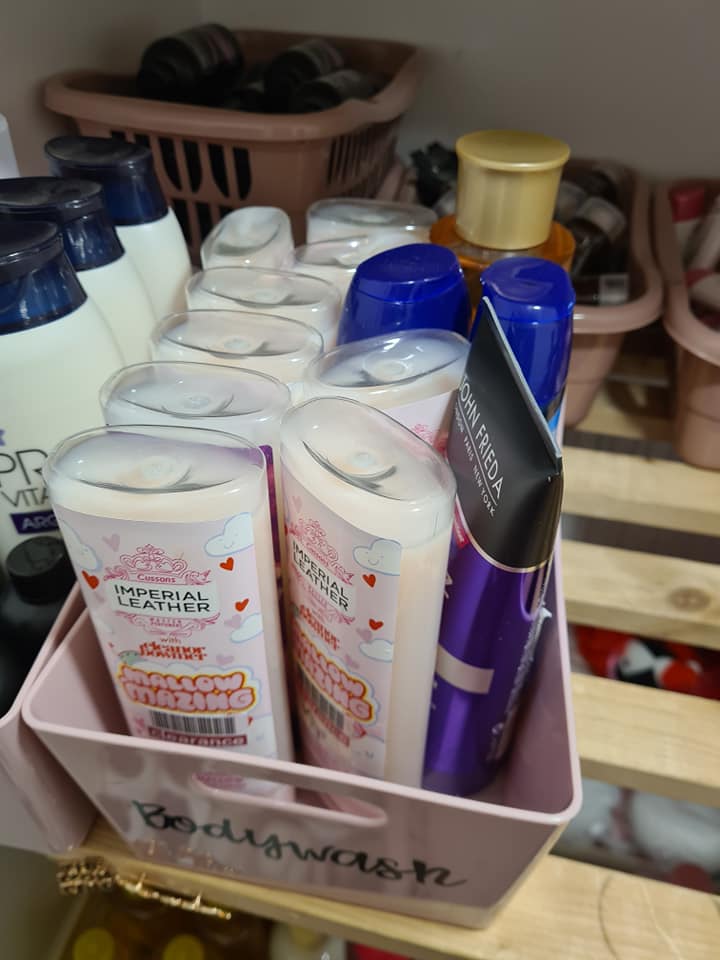 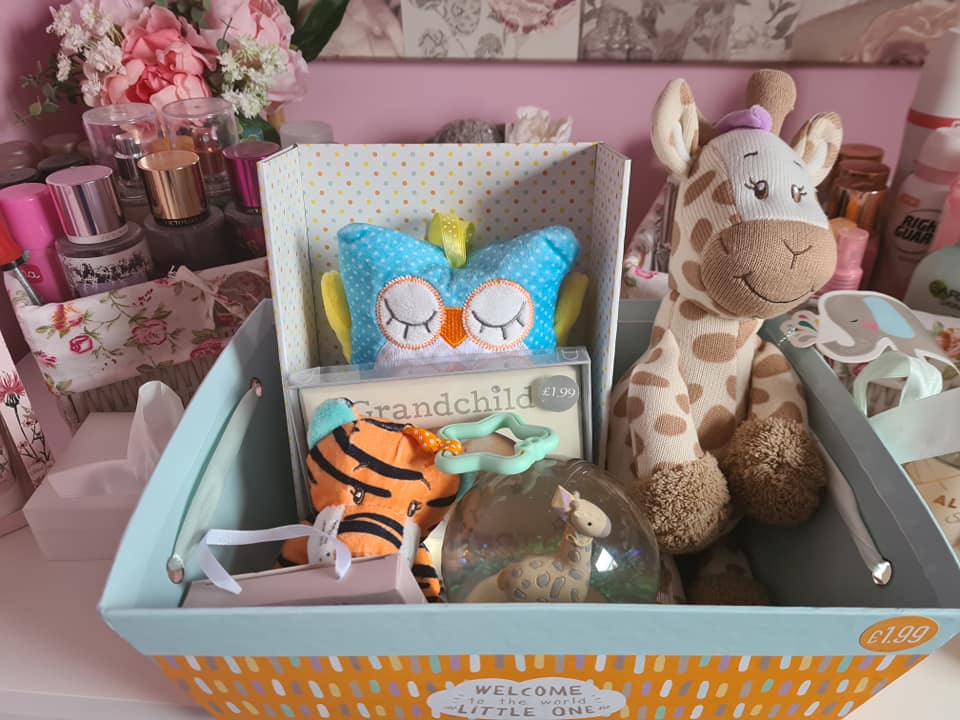 Few however criticised the mum for holding on to so many items, with one saying: "At what point do you stop buying and start using? I see lots of stashes like this that never seem to be used."

Another agreed adding: "All well and good but if you don’t use it then it’ll all be thrown out after collecting dust, so the money saved will be waisted anyway."

"Are you going to use it or donate it? It might go out of date before you will have a chance to use it," said a third.

Meanwhile, another shopper nabs nearly £1k’s worth of Debenhams’ goodies for £100 – & is reminded of ‘workers’ livelihoods’ as shop closes.

And savvy mum’s discounted buys sees her get two weeks worth of food shopping for just £1.05 – here’s how you can do it.