A WOMAN has revealed how she transformed her drab hallway into a boho paradise for just £35. 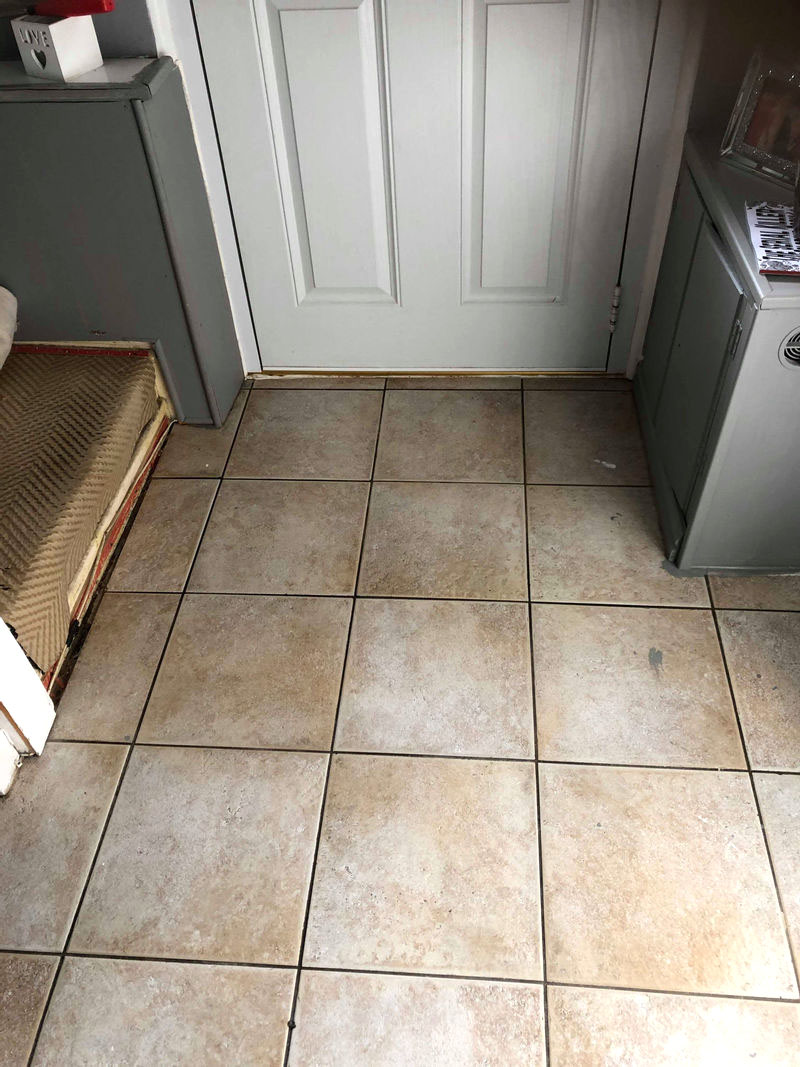 The home interiors savvy woman, who works as a catering assistant at a school, completed the project in her spare time after work.

“The hallway looked cold and boring, but I wanted it to have a shabby chic look, as that’s how I have decorated the rest of the house,” she told money-saving community LatestDeals.co.uk.

“I saw some posts on social media about painting floor tiles using a stencil, and I decided to go ahead and try it.”

Laine already had some Frenchic paint leftover from a previous makeover but purchased the tile stencils from Dizzy Duck Designs, choosing the Leksand Tile Stencil (13”/330mm), which cost £29.98 for a pack of two. 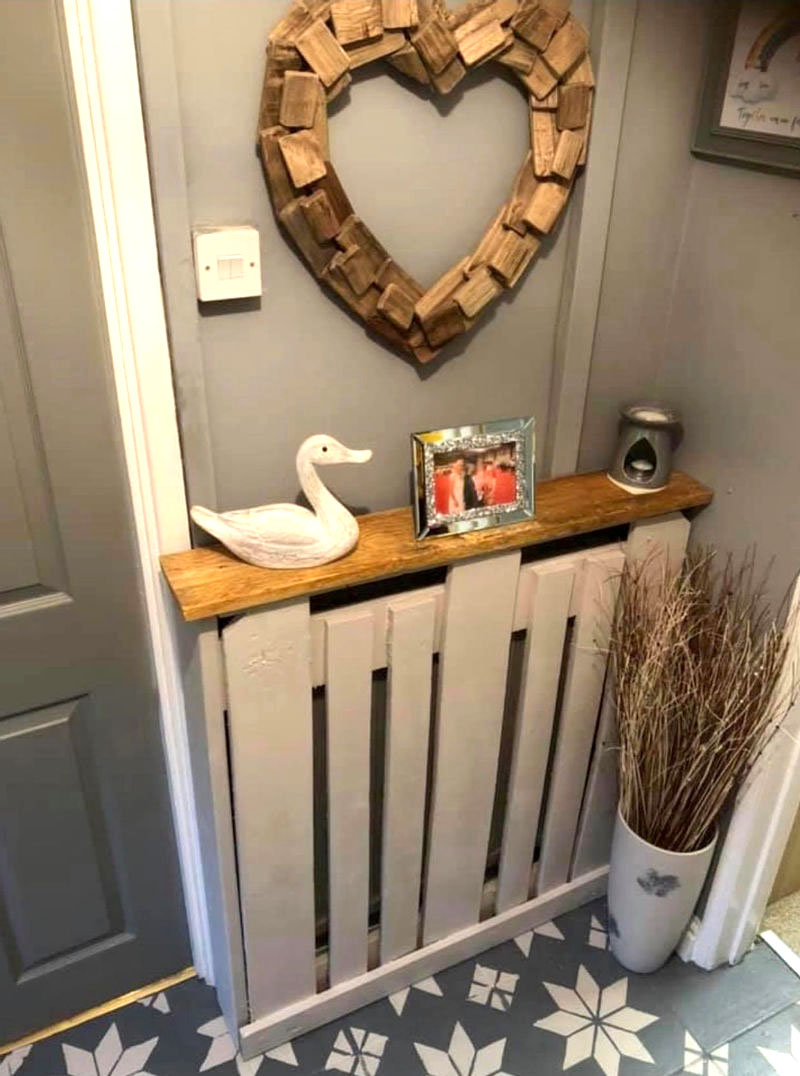 “Firstly, I sugar-soaped the floor to prep it for the paint,” she said. “Then, I painted the entire floor with a light grey shade called Greyhound."

After the base coats had dried, she started the stenciling using a beige hue called Cool Beans.

“Using the stencils was fairly tricky and it took a bit of trial and error,” she said. “I started in corner, so if it turned out badly I could just use it as a practice space.”

However, she soon got the hang of it.

“It helps to tape down the stencil will Frogtape to keep it in place,” she says. “Once I’d finished the stencilling, I applied six coats of Frenchic Finishing Coat to seal it.”

It took Laine about three weekends to complete the paint job, as she fitted in the project around her day job, but the results were worth the wait. 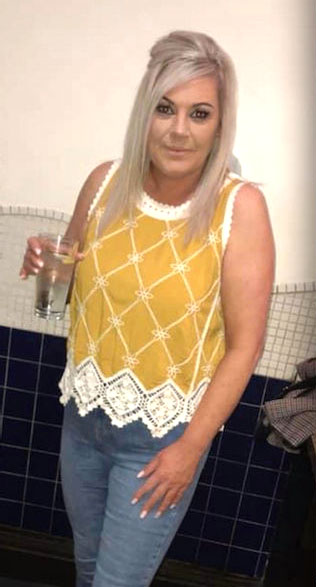 “I was so pleased with the results. However, the radiator let the look of the hallway down,” she says.

“I searched online for radiator covers, but I couldn’t find one to fit. Everywhere I looked they were a stand size of 82 inches, but my radiator was 96 inches tall.

“I’d almost given up hope of finding a radiator cover that was high enough, when I saw some self-made covers on a budget DIY group I’m a member of on social media. I thought I may as well give that a go, too.”

Laine hit upon an idea to upcycle a wooden pallet into a bespoke radiator cover and researched how to go about it by watching videos on YouTube. A friend kindly donated a spare pallet for free, and Laine set to work. 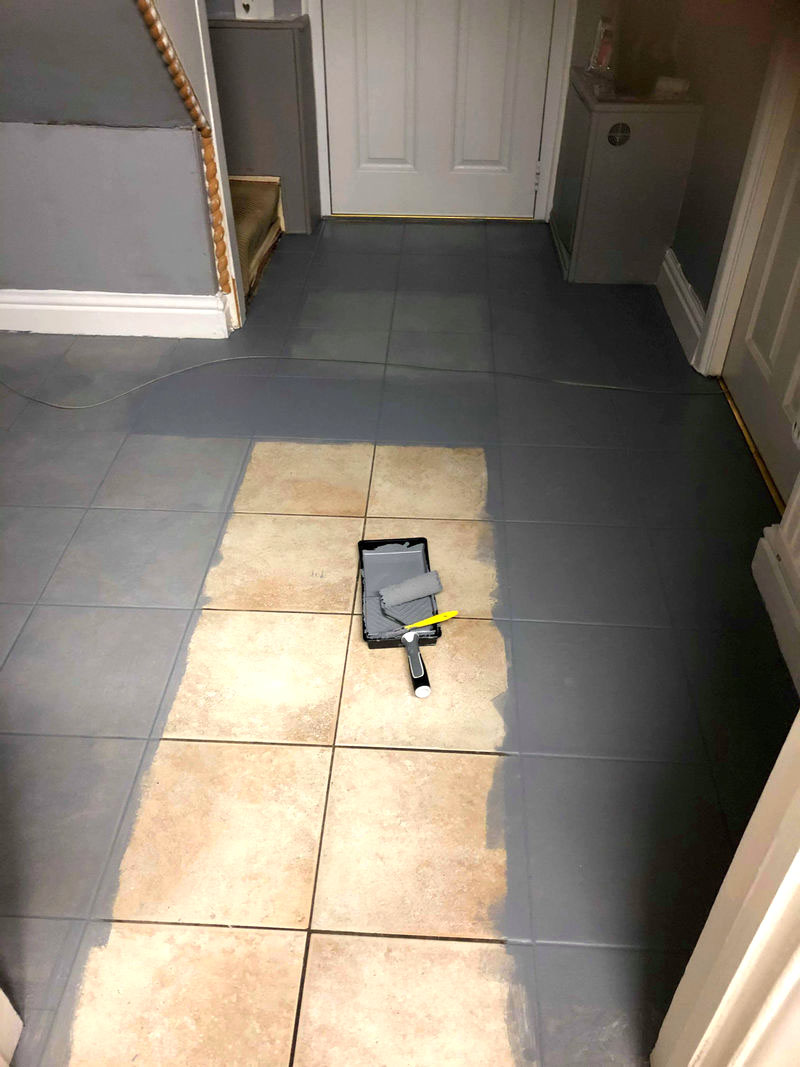 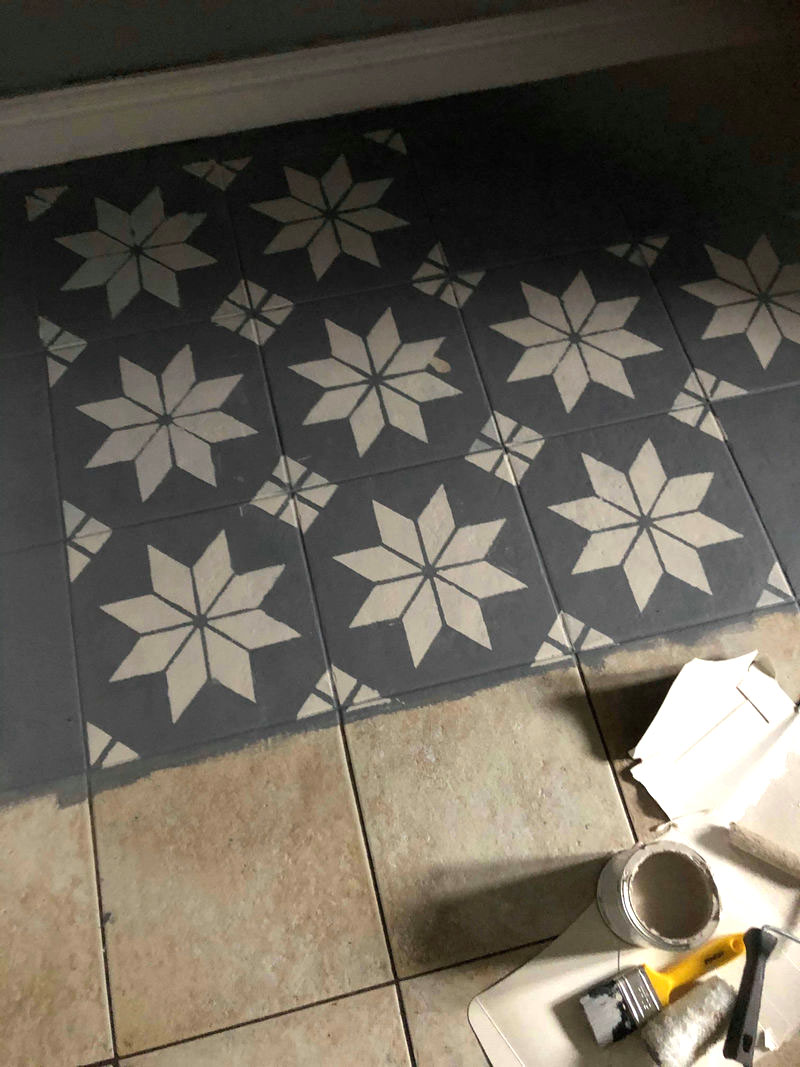 “I removed all the slats from one side to make a box frame. Once I had a good fit, I rebuilt the outward-facing side by nailing down each slat, allowing enough space between each one to let the heat escape.

“I sanded down the frame and painted it white. I also oiled the top ledge to enhance the shabby chic look.”

Laine bought a pair of wall brackets from her local DIY shop for £5.99, which she used to fix the radiator cover to the wall. All that was left to do was add the finishing touches, including a large wooden heart decoration she bought from Matalan in 2019, and her “boring” old hallway looks like an entirely new space.

“It was my first time doing anything like this, but I’m very happy with it,” she says. 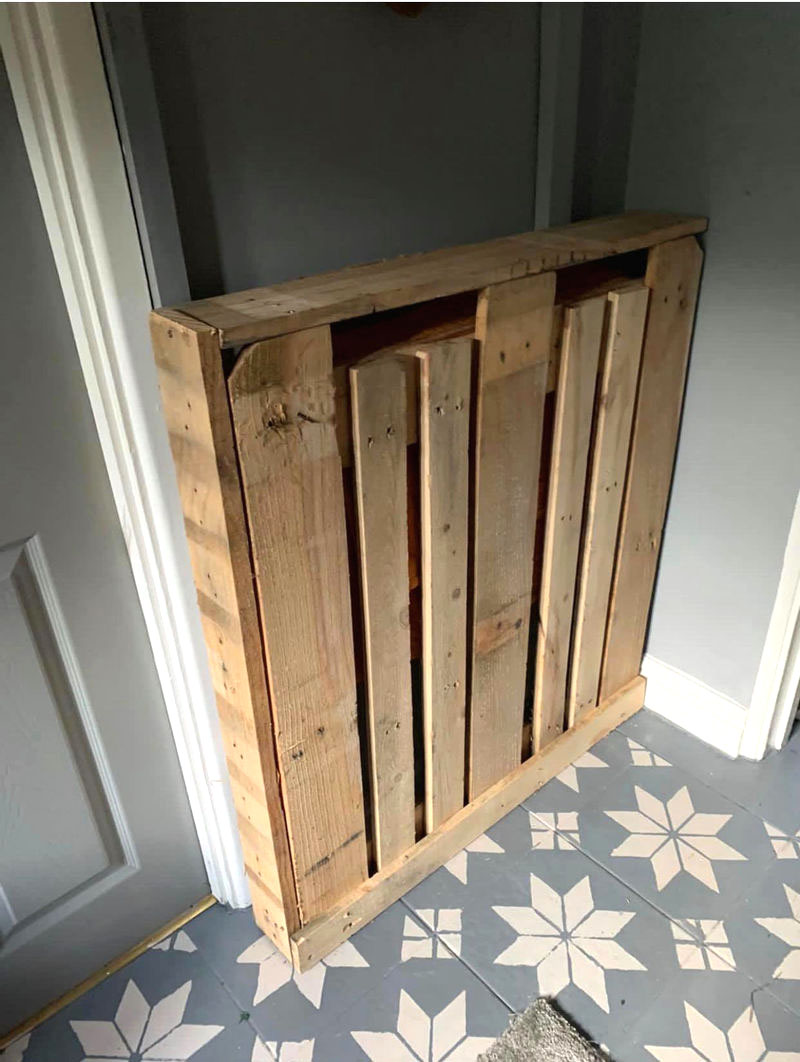 “If you don’t want the disruption of ripping out and replacing your current ones, painting them with a stencil is a very affordable alternative and there are some brilliant designs to choose from.

“Wooden pallets can be useful for so many budget DIY projects. You can often pick them up for free from online marketplaces or via delivery companies who no longer need them, which will save you money compared to visiting the wood yard.”

In other DIY news, this DIY fan asked for tips on styling her living room but it's the carpet that's got people talking.