NOTHING beats a fresh soft towel when you get out the shower, but all too often bathroom towels can become crispy and hard, making them feel rough on your skin.

If your towels are lacking in the fluffiness they once had, then one home expert is here to help as they've revealed the simple way you can restore any towel back to its former glory. 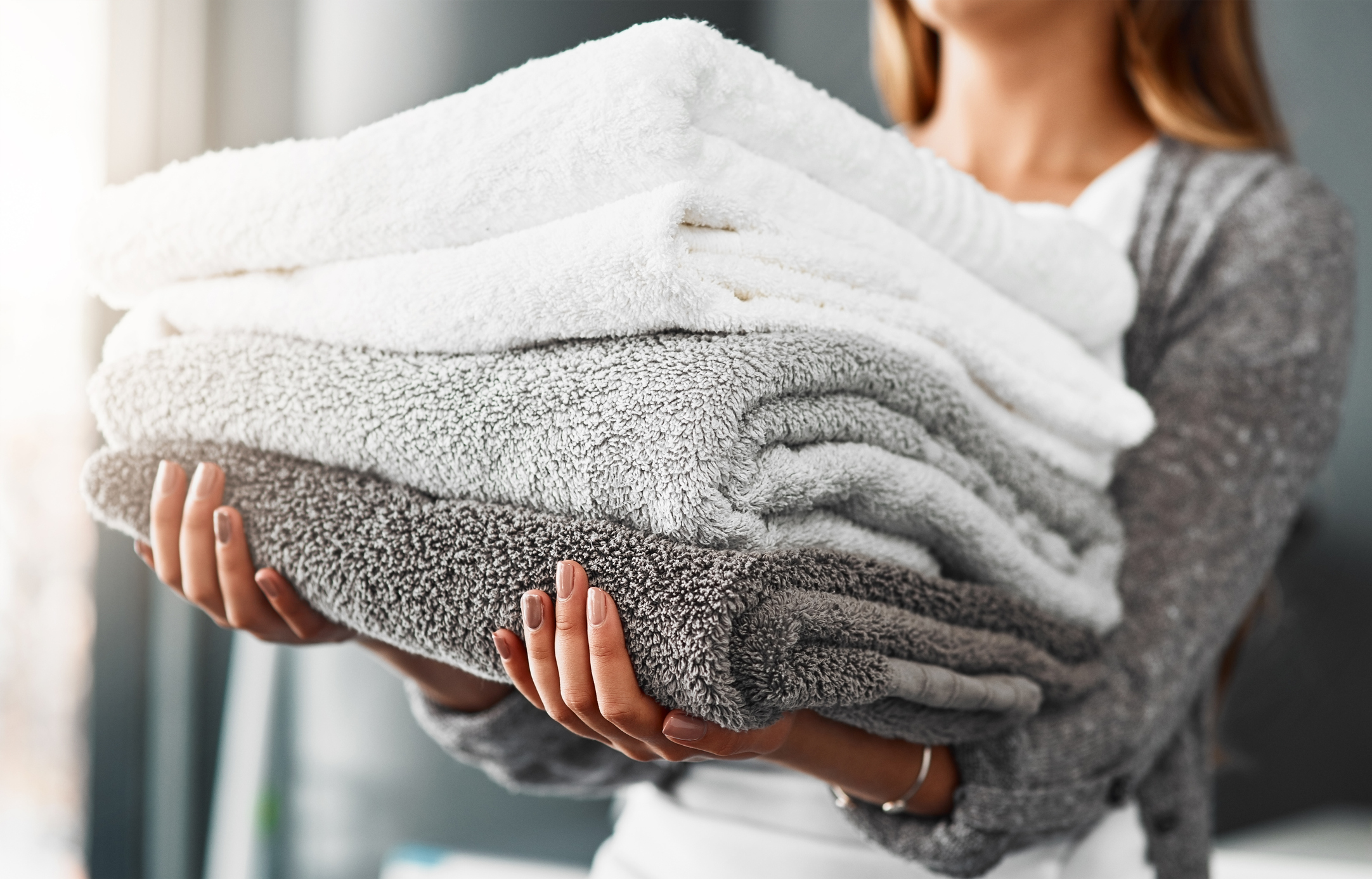 It's all down to the way you wash your towels and you've probably been washing them all wrong, according to Laura de Barra.

The Irish author, who shares the house tips she swears by in her book Gaff Goddess, posted a video online via TikTok revealing how to best look after towel fibres.

One cleaning fan had questioned why their laundry, especially their towels, was starting to feel rough after it had been washed, with Laura explaining it's due to a build-up in the fibres.

She said: "If you find that your towels are quite crispy or hard after washing, it's because of a build up of product in the fibres.

"So if we think about towels, by nature, their superpower is absorption, so if it's in a wash and there hasn't been enough rinsing, that's usually due to the drum being too full or you've actually used too much detergent.

"It's going to build up inside the fibres of the towel, this then means that the towel ends up not absorbing things so well, it doesn't dry things properly and it's rough to the touch."

All is not lost, however, with Laura going on to reveal exactly how to get your towels back to being worthy of burying your face in – and one cupboard essential will come in very handy.

She added: "To get them soft again, what you need to do is put the towels into a wash with no detergent at all. So throw your towels into the drum as normal and then you're going to put two cups of vinegar into the detergent drawer.

"Vinegar is an absolutely stunning non-toxic cleaner. She's brilliant at cleansing fibres of that build up of detergent. She also eliminates odours and she's just stunning all round for your machine in general."

Vinegar is an absolutely stunning non-toxic cleaner. She's brilliant at cleansing fibres of that build up of detergent… she's just stunning all round for your machine in general

Laura continued: "Pop on your cycle, warm. Not roasting hot because that can also make cotton towels a bit crispy, just gonna do a warm wash – maybe around 60.

"If the towels are really crispy and this has been going on a long time, then you'll probably need a second wash where you're going to put in a cup of bicarb into that detergent section in the drawer and you're gonna wash again."

She revealed that bicarbonate of soda is a great "natural cleaner" and helps to release any caked-on residue left in the towel fibres.

Laura also recommends "vigorously shaking out" your towels when air drying them, as it helps to "open up the fibres", improves the hand feel of the towel and makes them better at drying you too.

Cleaning fans were eager to test out her method, with one person commenting on her video: "Love this top tip. I love white vinegar and bicarb to deep clean my washing machine. Will defo try your recommendations on my towels."

Another said: "How did TikTok know I needed this."

A third joked that they love a "crispy towel", as they teased: "I love a crispy towel. Takes my skin off as I dry." 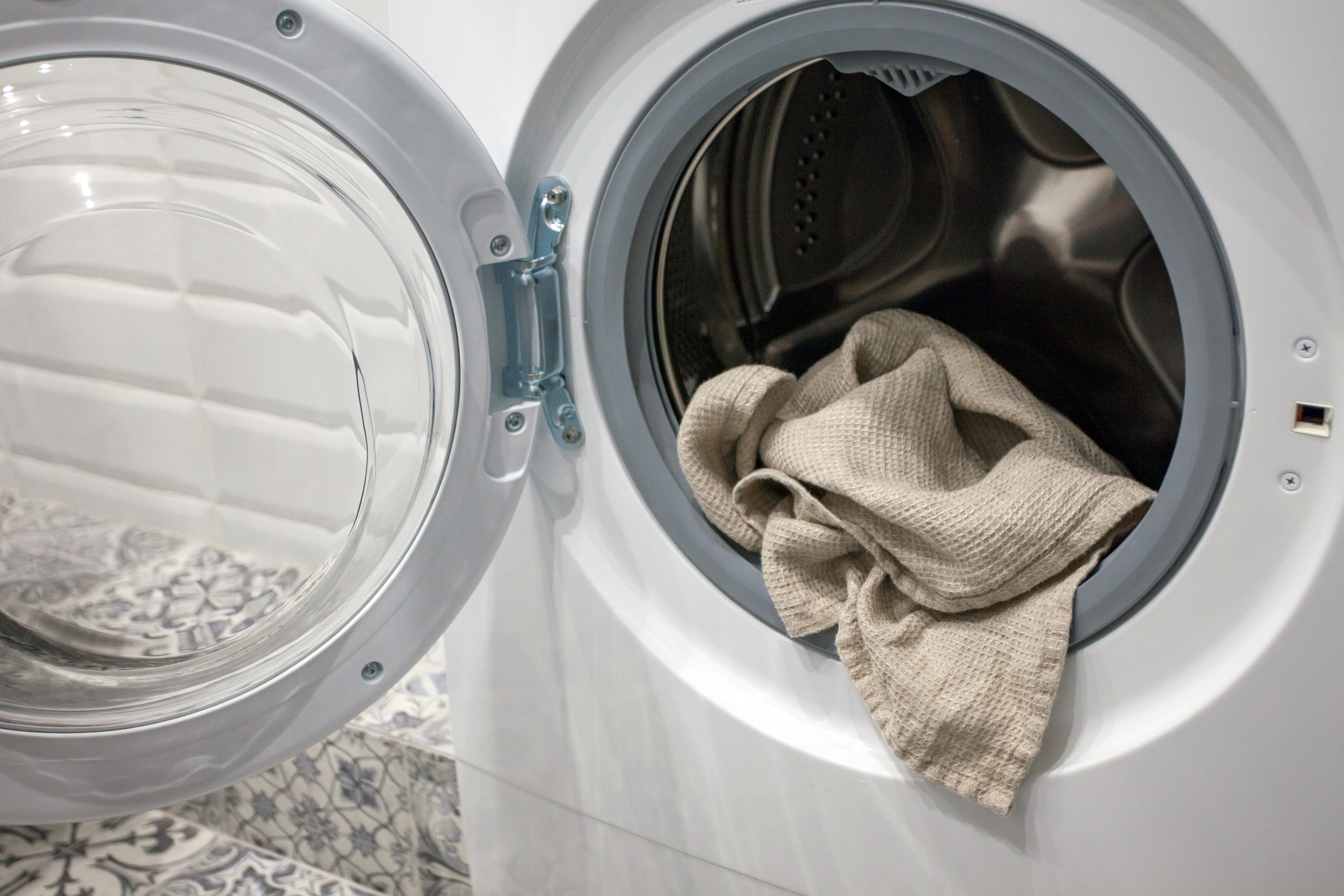 Plus, check out this secret ingredient to get your dishwasher sparkling in MINUTES.

And here's how to remove stains WITHOUT detergent – including a clever washing liquid tip and DIY laundry tablet.