If I could sum up fall with just three things, it would be: wearing flannel shirts 24/7, forcing my BF to go apple picking, and eating pumpkin in literally everything. Oh, and also Halloween. So…four things.

But while it’s one thing to order a PSL at Starbucks, it’s a whole other ballgame to actually cook with a REAL pumpkin. In fact, pumpkins pack a bunch of nutritional benefits.

Pumpkin isn’t just a fall staple, either. This squash can actually be eaten all year long. And it’s one of the healthiest vegetables you can eat.

“All pumpkins are technically edible, but some taste better than others,” says Marissa Menshulam, a registered dietitian in New York. “The larger pumpkins used for carving tend to be less sweet and more stringy. The best kind for cooking and baking tends to be sweet or sugar pumpkins, which are also called pie pumpkins. These are smaller and round.” 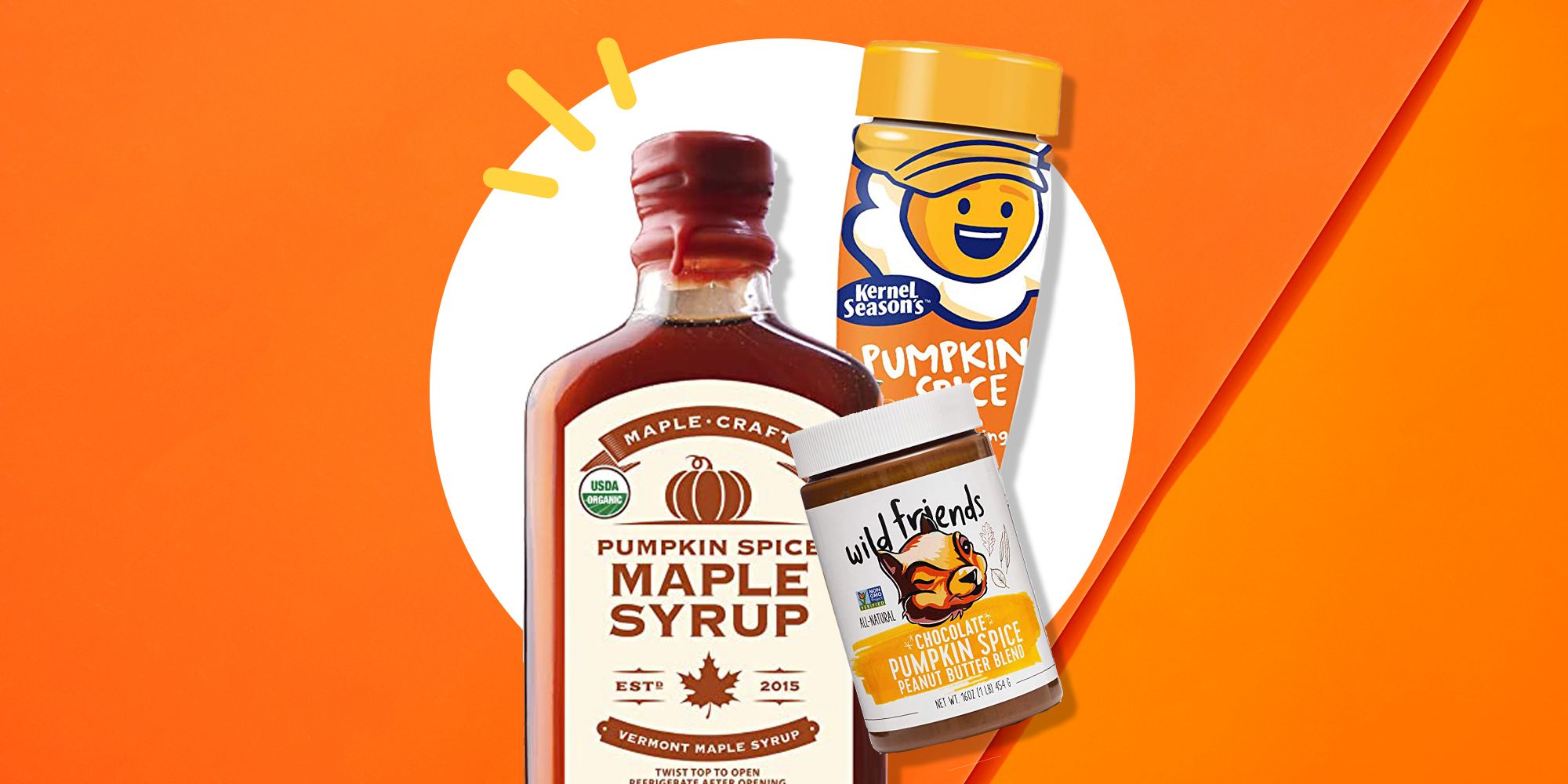 You can eat pumpkin by roasting it and using it in all kinds of recipes from dessert to pasta, and you can even add it as a squash substitute when cooking things like soups, baked goods, frittatas, and so much more.

And don’t throw those seeds away. Pumpkin seeds can be roasted and eaten as a healthy snack, too.

Below, check out all the incredible benefits of eating pumpkins, and get ready to add them to your steady rotation of veggies ASAP.

First off: Pumpkin is basically a superfood.

It’s also a fairly low-carb food (I’m looking at you, keto dieters.) Here’s what you get in one cup of raw pumpkin, according to the USDA:

And here’s what you get in a one-ounce serving of roasted, unsalted pumpkin seeds, per the USDA:

What are the health benefits of pumpkin?

Given its impressive nutritional stats, it’s no surprise that pumpkin supports your health in a number of ways. It’s pretty much an anything-but-basic, fall-festive superfood.

Whether you’re topping them on a salad or stirring them into yogurt, pumpkin seeds are great to incorporate after a workout. “Pumpkin seeds provide zinc and protein, two nutrients important for recovery,” says Bannan, who recommends eating them within 45 minutes of working out as a part of a well-balanced snack or meal. 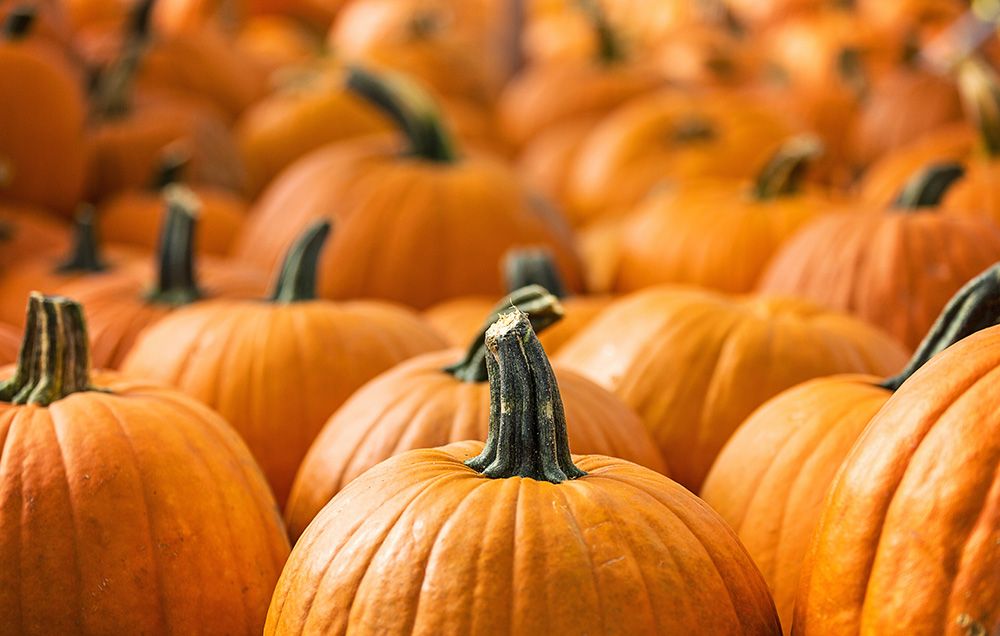 2. It can help protect your liver.

The liver has more than 500 functions, including breaking down fat, protein, and carbohydrates, removing harmful compounds from the bloodstream, and storing essential vitamins and nutrients.

According to Bannan, eating a diet of fruits, vegetables, and antioxidant-rich foods (like pumpkin!) can help support proper liver function. That’s all because of pumpkin’s primary antioxidants like vitamin C and beta-carotene—the body converts the latter into disease-fighting vitamin A.

Ever get so stressed you feel like your blood could burst out of your veins? No? Just me? Anyway, there’s a pumpkin for that. 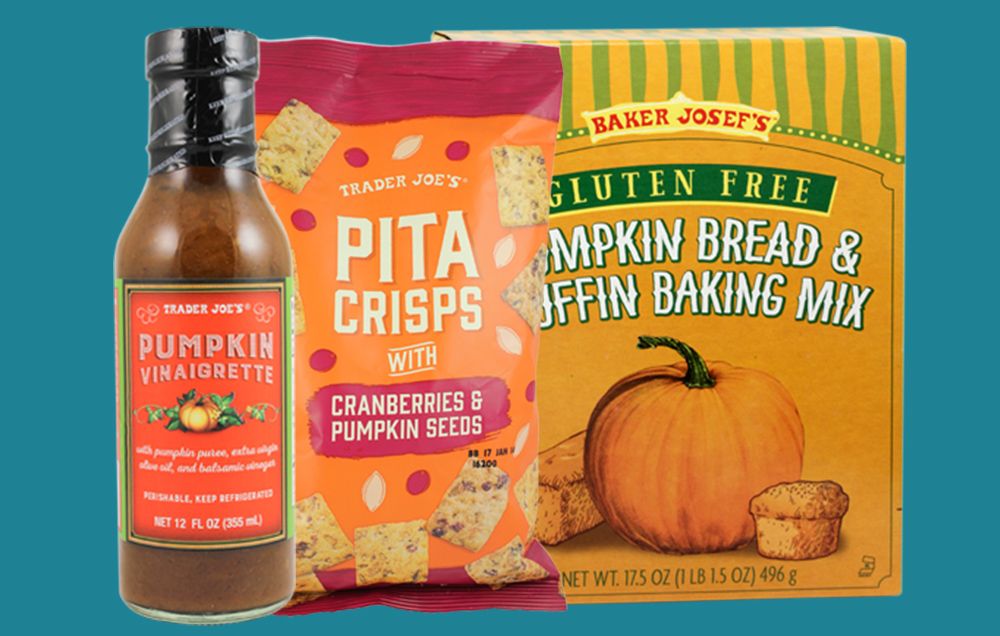 Bonus: Keeping your blood pressure low is a great way to reduce your risk of developing coronary heart disease.

According to Bannan, soluble fiber essentially acts like a sponge, mopping up harmful LDL cholesterol. Research shows that the accumulation of too much “bad” cholesterol on artery walls can decrease blood flow and increase your risk of heart disease.

5. Pumpkin can keep you regular.

The other type of fiber in pumpkin, insoluble fiber, supports healthy digestion and can keep your trips to the bathroom regular, says Bannan.

Plus, the zinc found in pumpkin seeds? Another digestion-booster. Zinc helps enzymes involved in digestive processes to work smoothly.

6. Pumpkin can help you maintain a healthy weight.

Another perk of pumpkin’s high fiber content: It promotes satiety (the feeling of fullness), which can help minimize cravings, and lead you to take in fewer calories, Bannan says.

Also, like many plant-based foods, pumpkin has a high water volume, which helps you feel full and satiated, as well. 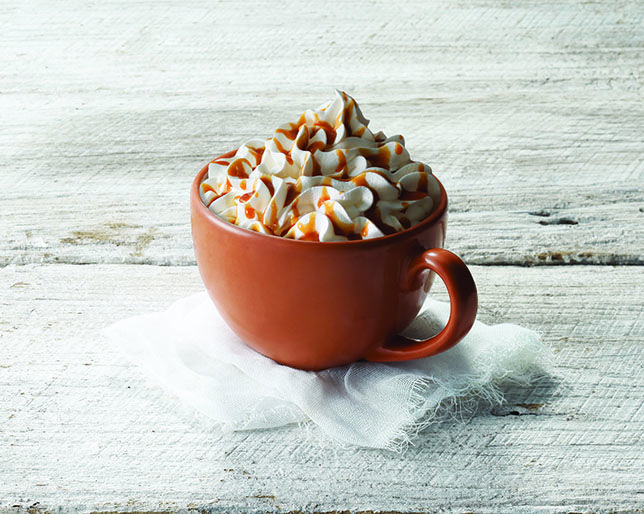 “Since pumpkin is a good source of fiber, it can help to manage blood sugar levels,” says Bannan. Not only is that a plus for energy levels and weight management, but it’s great for warding off diabetes risk long-term, too. Managing your blood sugar decreases your risk of conditions like obesity and liver damage, which can increase your chance of developing diabetes.

To reap pumpkin’s blood sugar balancing properties, avoid pairing it with high amounts of sugar (like in, ahem, pumpkin pie), which can negate its beneficial effects. It’s okay to have a slice once in a while, but also try having your pumpkins in savory dishes like soups and pastas.

Though it’s no substitute for washing your hands, pumpkin can do your immune system some serious good because of the high levels of vitamins A and C (both antioxidants) and zinc it contains.

Antioxidants help fight off disease-causing free radicals in the body by preventing damage to cells involved in the immune response. “Including foods high in these nutrients can help to boost immunity,” Bannan says.

In addition to helping your body fight off the common cold, the antioxidants in pumpkin also help your body ward off all sorts of damage done by free radicals. As a result, you have a better chance of avoiding chronic conditions, like heart disease and cancer, says Bannan.

What are the different varieties of pumpkins?

Though all pumpkins might look the same upon first glance at the pumpkin patch, there are some key things to look out for.

“Farmers and grocers will label pumpkins as ‘sugar’ or ‘pie’ when they’re the smaller, sweeter varieties that are better for cooking,” says Justine Kelly, executive chef and co-founder of Sun Basket meal delivery service. “Some specific names you might find are Baby Pam, Autumn Gold, New England Pie Pumpkin, Cinderella, and Fairy Tale.” While it’s possible to find over 70 different varieties of pumpkin, these are the 10 major kinds to look out for:

What are the different ways to eat pumpkin? 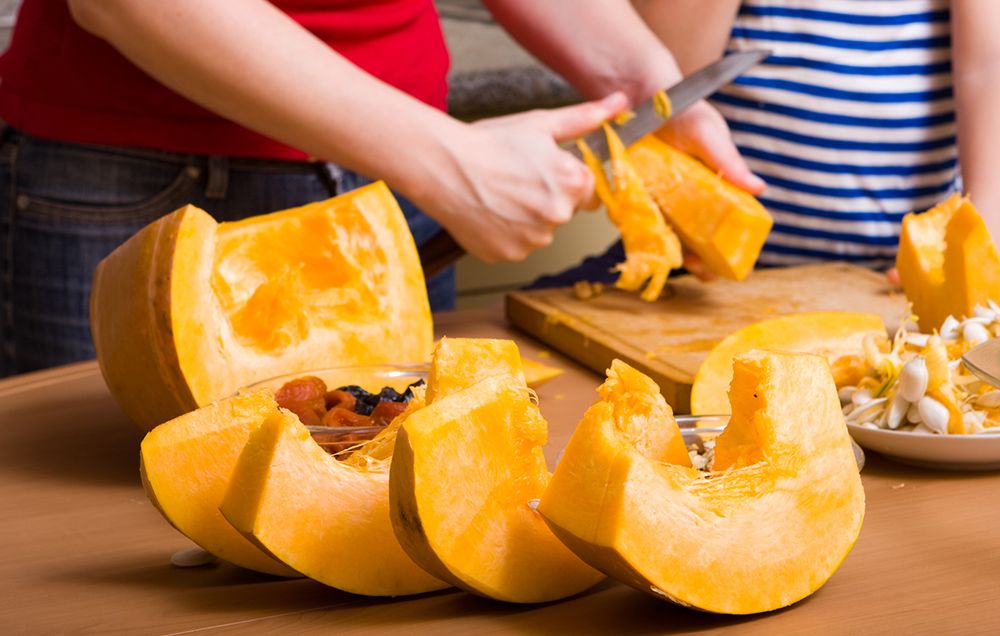 Anyone who has carved a pumpkin knows that cutting through that flesh can be a major pain. Soften the rind by popping it in the microwave for about three minutes, or into a 350-degree oven for 30 minutes, Kelly says.

As for cooking pumpkin, the sky’s the limit: “Treat it like you would any winter squash,” Kelly says. “Roast it, steam it, or cut it into chunks and add it to soups, stews, and curries.”

Menshulam also suggests some other easy ways to eat pumpkin:

Great. But what do I do with the pumpkin seeds? 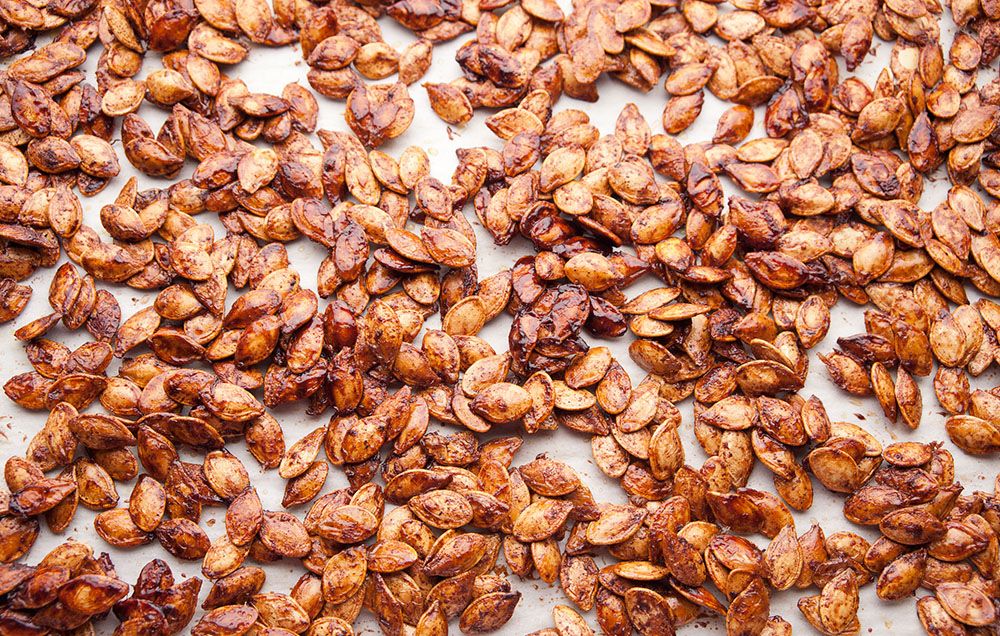 Don’t throw them out! Pumpkin seeds are a great addition to salads, snack mixes, and more. Here’s how to roast pumpkin seeds, courtesy of Kelly:

Is canned pumpkin healthy too? 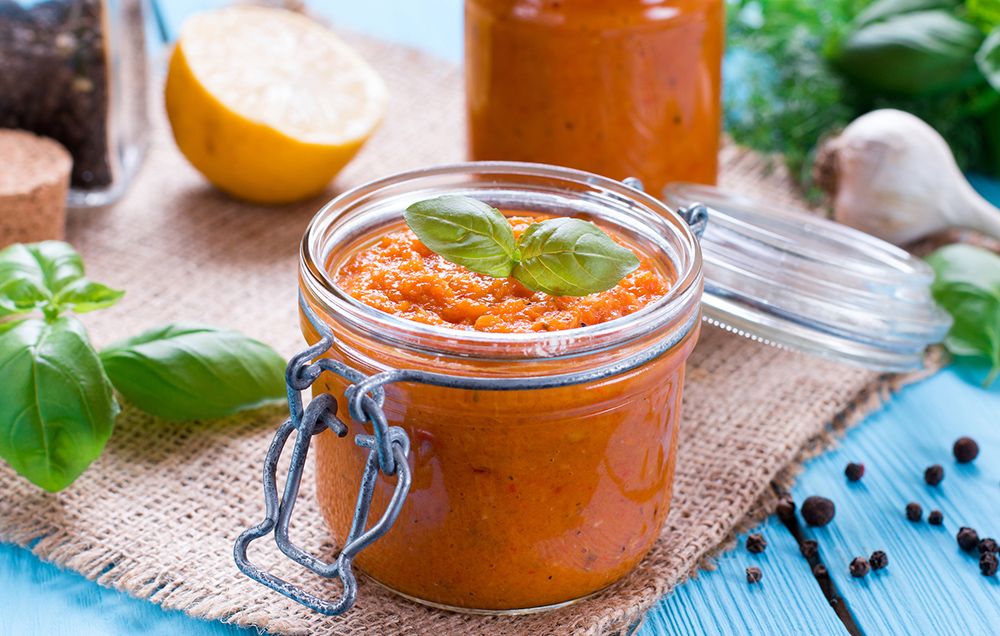 I get it—cutting up a pumpkin, baking it, then scooping out the flesh and pureeing it sounds like a LOT of work. (It kind of is, tbh.) So honestly, it’s totally fine to reach for the canned stuff.

BUT there is a caveat: “The canned variety tends to have squash in it rather than being purely pumpkin, so you’re getting a more authentic product when you make it at home,” Kelly says.

Canned pumpkin may also nutritionally different from straight pumpkin (probably because it often contains other squash). Here’s what you’ll get per cup of puree, according to the USDA:

“When making savory dishes, I’d recommend using fresh pumpkin because you usually want to have chunks of pumpkin in the dish,” Kelly says. If you go with the canned stuff, just avoid accidentally picking up a can of pumpkin pie filling, which is pre-seasoned and contains a lot of added sugar. Not what you want if you’re making pasta sauce!

Is there anything I need to watch out for when eating pumpkin?

“Although pumpkins are great for you, they do contain a good amount of fiber,” says Menshulam. “This could create gas and bloating in individuals who are not used to a high-fiber diet.”

This doesn’t mean you should avoid pumpkins completely, though. The key is to gradually increase your fiber intake to ensure there are no GI side effects, and slowly work your way up to more high-fiber foods in time, says Menshulam. So as with all foods, it’s probably a good idea to eat pumpkin in moderation.