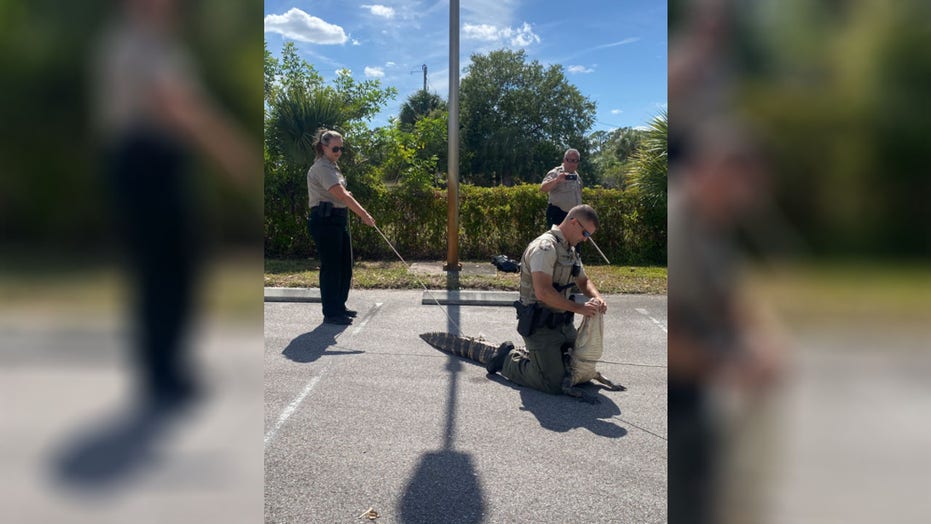 Sometimes, you have to be fast or you’ll be food.

An alligator reportedly chased several people through a Wendy’s parking lot in Florida. Fortunately, authorities were reportedly able to get the animal under control before anyone was hurt.

The incident occurred in Lehigh Acres, Florida, the New York Post reports. The six-foot-long gator was likely just trying to move from one body of water to another when it entered the parking lot.

According to the local sheriff’s department, the animal chased several pedestrians in the Wendy’s parking lot, however.

The Lee County Sheriff’s Twitter account posted about the incident, writing, “Deputies responded to Lee Blvd today after this 6-ft gator chased pedestrians through a Wendy’s parking lot. He may have just been “hangry” for a cheeseburger, but he gave many quite the scare! Alongside FWC, we wrangled the gator and safely relocated it.”

The Sheriff’s Twitter account also posted several photos of the large animal, including one that shows officials wrangling the gator from behind. One worker can be seen sitting on the gator’s back, holding its mouth shut while several other officials hold the animal still with capture rods.

The rescue unit also posted footage of the gator ambling across the parking lot, although no one appears to be close to the animal in the video.

According to the New York Post, the gator was relocated to a farm in LaBelle, Florida.