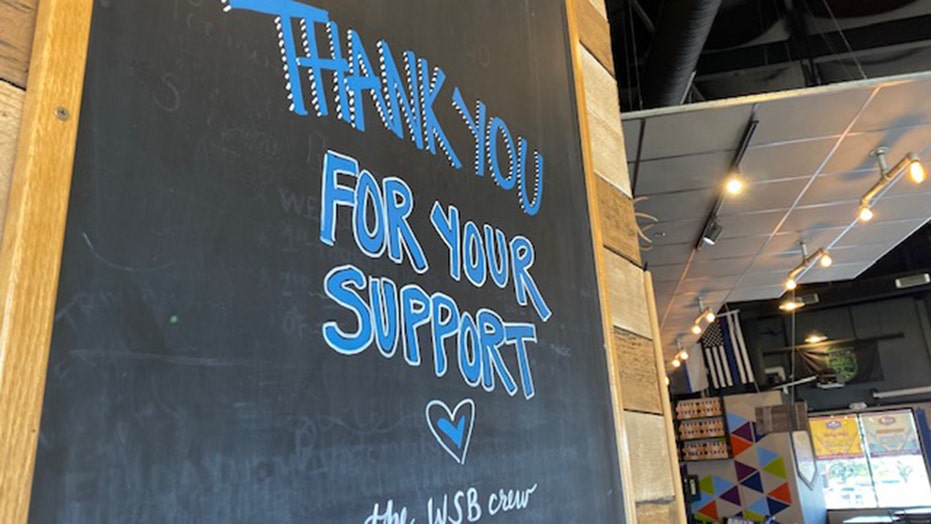 North By Northwest brew pub was one of the first in the Lone Star State and is one of six who have closed in 2020 and it looks like more craft breweries will follow.The Brewers Association estimates 2020 will be the first year small and independent craft breweries don’t see profit.

The Brewers Association estimates a 10 to 20 percent decline in sales for small and independently owned craft breweries in 2020.

Bob Pease, CEO of the Brewers Association, said 2020 will be the first year “beer sales from small and independent breweries across the nation don’t grow,” and he blames it largely on the COVID-19 pandemic.

There are roughly 8,300 craft breweries across the United States, categorized into three different types: taproom brewery, which doesn’t have a significant food component; a brewpub, which is a restaurant/brewery; and a production brewery, which brews and packages its beverages before sending/selling them to a distributor.

“If you are a production brewery that puts your beers into bottles or cans, then right now, your sales are likely the same or maybe even increasing a little,” Pease said.

As for the taprooms and brewpubs, which make up 70 percent of the craft being industry, they have a different story.

“Those breweries are dependent on the on-premise consumption, where a customer goes to the brewery and drinks beer,” Pease said. “So those breweries have just been crushed by what has happened.”

Pease added that it is also difficult for any breweries that were planning to open for the first time in 2020, which will contribute to the slow growth of the industry.

“It hasn’t ground to a total halt, but the rate of openings has slowed significantly,” Pease said.

Sean Doublet and Stan Hudson were hoping to open Neutral Ground Brewing Company in Fort Worth, Texas, in April, but the pandemic put their plans on hold. 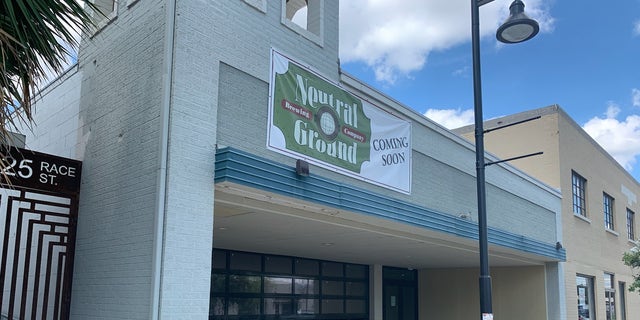 Sean Doublet and Stan Hudson were hoping to open Neutral Ground Brewing Company in Fort Worth, Texas, in April, but the pandemic put their plans on hold.
(Fox News)

“For us, we didn’t have a ton of money to fund the business, so we went with the SBA loan program,” Doublet said. “When the pandemic started, the SBA basically shut down all new loans and banks weren’t looking to finance.”

Fortunately, the brewery was approved for a loan in January, before the pandemic — and that turned out to be a saving grace. The bank resumed working on their loan again in June, and the brewery said they are hoping to get the funding process completed by the end of August.

“The other struggle is just that we don’t know where we stand as far as the virus goes. Is this going to drag out to where we're still trying to open during a pandemic? At the first of the year?" Hudson asked. “We are a taproom, and we have to be able to make money in that taproom. And right now, we can’t, and the beer-to-go sales just [don't] compare to what we would lose.” 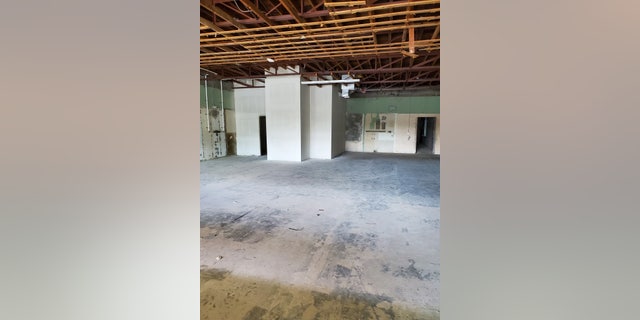 The Neutral Ground brewery is now planning to open in January of 2021, and the owners say they feel “cautiously optimistic” about it, even with the impacts currently hitting the industry.

The brewery is now planning to open in January of 2021, and the owners say they feel “cautiously optimistic” about it, even with the impacts currently hitting the industry.

“We are kind of looking at this as a blessing in disguise. Because if we had opened when we planned back in April, we would be really struggling right now,” Doublet said.

The brewery is also looking to shift their business plan so they can be prepared to open when the day comes, whether that be during the pandemic or not.

“This is kind of allowing us to watch and learn from those currently going through it now, to see what is working and what may not be working as well,” Hudson said. “We will definitely put more of our focus on to-go sales than we initially were planning to out of the gate.”

Not everyone is as hopeful as Hudson. The Texas Craft Brewers Guild, which represents nearly 350 craft breweries in the Lone Star State, recently conducted a survey of its brewery owners, and found that 1 in 3 don’t believe they will make it out of the pandemic if it continues for much longer.

“As of now, unless you have 51 percent of more of your sales coming from food, you cannot be open in Texas,” said Charles Vallhonrat, the executive director of the Texas Craft Brews Guild.

“The lack of relief is just really worrying our members and that’s why … [if] things stay the way they are right now for three more months, we will lose those breweries,” Vallhonrat said.

As of Aug. 1, six breweries in Texas have shut down because of the COVID-19 pandemic, including North By Northwest Brewery & Restaurant in Austin. 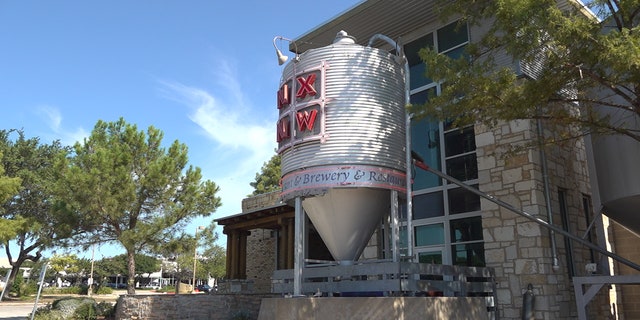 A popular Texas craft brewery was recently forced to close after 20 years in business. “That one was a tough one," said a fellow brewer.

“We closed in April just a few weeks after the governor said restaurants can only do to-go,” NXNW Owner Davis Tucker said. “Our cost of being in business just wasn’t going to work with to-go.”

The year 2020 would have marked two decades for the brewpub, which was one of the first craft breweries to open in Texas. Instead, it marked the year North By Northwest closed for good.

Known for popular Oktoberfest celebrations, the brewery could serve roughly 300 customers at a time, but now the building sits empty.

“With the employees we were keeping on, the taxes, our rent, and everything, our burn rate was just too high, and we just realized this wasn't something that was going to be sustainable,” Tucker said. “It’s still a little sad.”

“When you see one of our pioneers go down that path, it is heartbreaking,” said Ryan Anglen, the owner of Whitestone Brewery. “That one was a tough one.”

Anglen’s brewpub in Cedar Park, Texas, remains open for now, but he said he's not without struggles.

“Probably our lowest point was about 65% revenue lost, and during the pivot, we got back to about 50 to 45 percent revenue loss,” Anglen said. “Our revenue was just people coming up to the door for curbside pickup and selling to H-E-B or any other retail outlet that is selling packaged beer.”

Whitestone has not been able to open its taproom for month, and Anglen partially blames a lack of “good communication” from state leaders.

“We are lumped in as restaurants and we just don’t really know who is telling who what,” Anglen said. 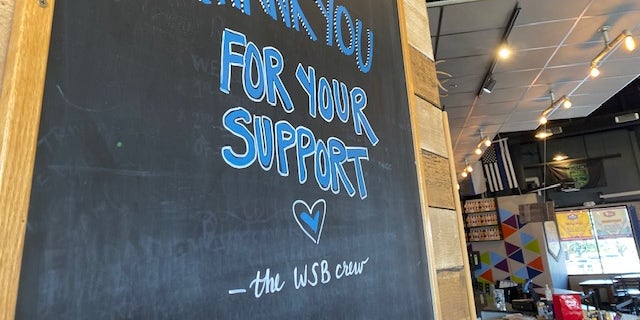 Whitestone Brewery may be forced to close by the end of 2020 if things don’t change during the COVID-19 Pandemic.

As of now, Anglen said the brewery can continue operating for about four months — anything beyond that may be a tough call. He hopes a recent decision from the Texas Alcohol and Beverage Commission, which allows for price restructuring, will help make things a little easier.

“We can now change the price of our beer to turn our food-to-alcohol ratio on its head,” Anglen said. “So for example, we will sell you a beer for two dollars instead of $5.50, and we are going to include a bag of potato chips that are $3.50.”

The guidance, issued on Aug. 1, will allow certain breweries, including Whitestone, to reopen at 50 percent capacity for indoor facilities. In the meantime, Tucker just hopes state leaders give breweries enough help so they don’t end up in the same spot he did.

“It hurts me a lot to keep them struggling and I know some of them won’t make it, but I just have to say, whatever you can do to keep providing your great beer to the community, just do it and I hope it works,” Tucker said.