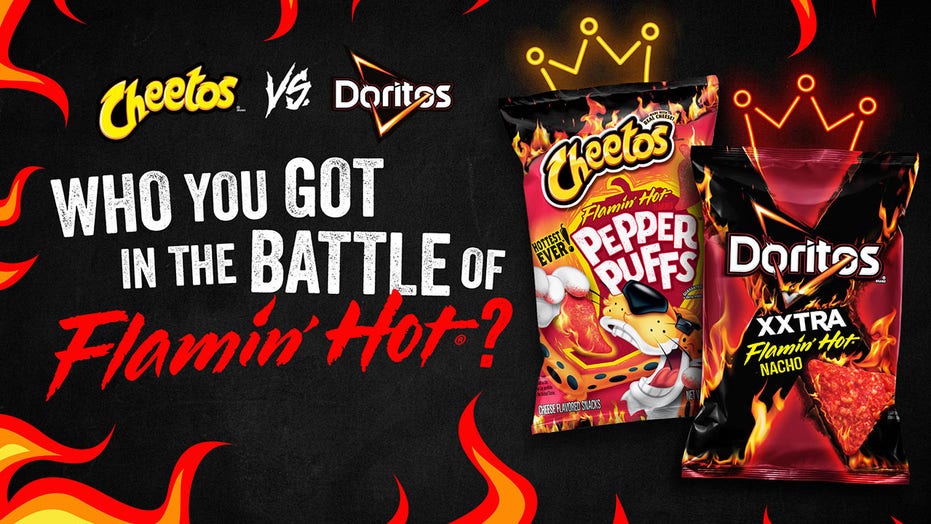 Who makes the best hot chip?

When it comes to hot chips, Doritos and Cheetos have the market covered. But, this summer the two giants of snacking will face off to see who has the hottest hot chip. 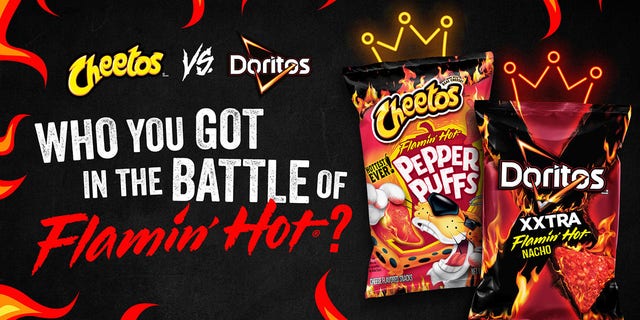 The two brands, which are both owned by Frito-Lay, are letting fans chose which chip is the best.
(Frito-Lay)

The two brands, which are both owned by Frito-Lay, are letting fans chose which chip is the best, according to a press release. Voting will be held on Instagram and Twitter, where fans can use either the “Team Cheetos” hashtag or the “Team Doritos” hashtag.

To metaphorically turn up the heat on the competition, Doritos is introducing a new flavor: Xxtra Flamin’ Hot Nacho. Meanwhile, Cheetos is bringing back the popular Flamin’ Hot Spicy Pepper Puffs to hopefully burn tongues and win votes.

“We’ve seen fans of Doritos and Cheetos debate and advocate for their favorite snacks for years, and now it’s taken on a life of its own on social media,” said Stacy Taffet, VP of marketing, Frito-Lay North America. “So, we wanted to fan the flames with a playful Frito-Lay family competition to really see which snack is tops. Obviously, I can’t pick a side, but I’m fairly certain everyone will win in this competition.”

To promote the competition, Frito-Lay is hosting giveaways every Thursday until July 7th where fans can win merchandise from the Flamin’ Hot collection. This includes coats, hoodies, hats and other branded merchandise.

While some people may still be debating what type of summer this upcoming season will be, based on this competition, it’s fair to say that it might be a hot chip summer.