Could you lose weight, burn fat by drinking coffee?

We’ll drink to this: Hot chocolate makes you a smarter and faster thinker, according to new research.

In a study of 18 men, researchers at the University of Birmingham found that drinking cocoa improved participants’ ability to quickly solve a series of complex mental tests.

The team chalked up the heightened sharpness  — including that subjects finished tests up to 11% faster — to the brain-boosting compound flavanol, which is found naturally in chocolate, according to the study, published Tuesday in the journal Scientific Reports.

“We used cocoa in our experiment, but flavanols are extremely common in a wide range of fruit and vegetables,” said the report’s lead author, Catarina Rendeiro. “It also further suggests that flavanols might be particularly beneficial during cognitively demanding tasks.”

During the study, the researchers tracked how participants, who were all healthy and ages 18 to 40, reacted to brain-teasing tests before and after sipping the sweet brew. 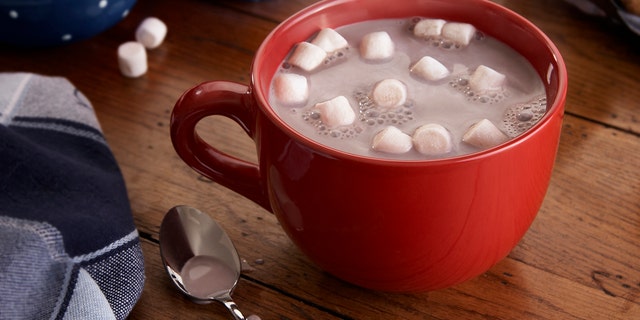 The researchers credited the flavanols found in chocolate — as well as a number of other fruits and vegetables — with increasing blood oxygenation levels in the study participants.
(iStock)

The team found that after drinking hot chocolate, participants’ blood oxygenation levels increased up to threefold and that their test times and accuracy rates improved.

They also discovered that every participant’s performance improved when researchers added extra flavanol into normal hot chocolate, according to the study, which notes brain power is linked to oxygen levels.

“By better understanding the cognitive benefits of eating these food groups… we can offer improved guidance to people about how to make the most of their dietary choices.”

This article originally appeared in The New York Post.