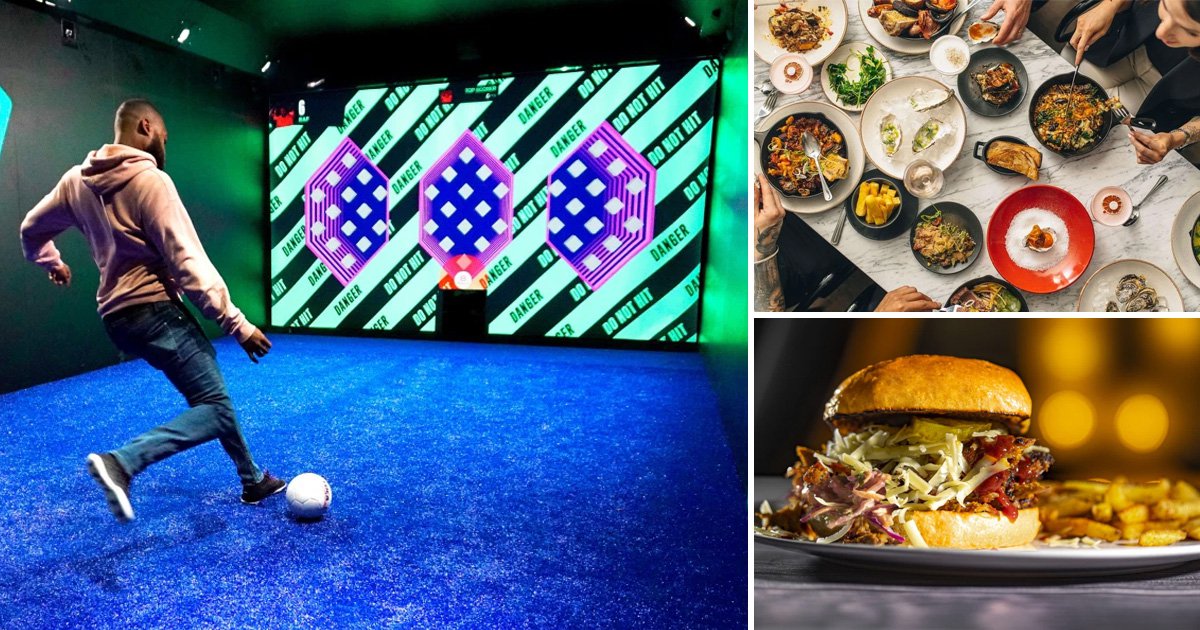 With the Euros and Wimbledon just finished, the cricket season in full swing and the Olympics just around the corner, it’s no surprise we’re suddenly all feeling like having a go ourselves.

From batting a home run to scoring penalty shootouts, there are all sorts of state-of-the-art sport venues popping up around London for you and your pals to have a go at.

And naturally after all that exercise, you’ll have worked up a bit of an appetite.

So wouldn’t it be great if your sporting venue of choice was also home to a restaurant offering slap-up burgers, chicken wings and steaks?

You’re in luck, because these quirky venues offer just that!

Imagine yourself hitting a home run at Fenway Park, the iconic stadium of the famous Red Sox baseball team in Boston.

Well, now you can get a fair idea of what that might be like at Sluggers, a new standalone baseball batting cage venue at Boxpark Croydon, set to open on July 23.

Equipped with a bat, and facing a virtual pitcher powered by Batfast technology, it’ll be up to you to smash it out of the park.

Or at least into the walls of the cage.

After you’ve worked up a thirst, and an appetite, indulge in Latin American food and drink, from arepas buns, quesadillas and pulled-pork sliders, to cocktails like the Santa Cruz margarita — a blend of Olmeca tequila with fresh lime, agave syrup and blue triple sec.

From £19 for two people for 25 minutes, playsluggers.com

Want to prep for the return of the Premier League next month?

Toca Social will bring food, fun and footy to London’s O2 from July 29. Punters will be able to choose from a host of interactive and immersive football-based games, enabled by innovative ball delivery and tracking technology.

After that, tuck into crowd-pleasers like crispy chicken wings, baja fish tacos and cheeseburgers, while a range of cocktails and beers are on tap.

Music comes from the in-house DJ.

This cricket-themed bar has just opened its second London outlet in Fitzrovia, with plans for two more branches in Oxford and Manchester later this summer.

The brainchild of the founders behind Scottish restaurant Mac & Wild, it’s a place where you can eat, drink and, most crucially, bat in state-of-the-art batting nets.

From £35 per 30-minute slot, sixescricket.com