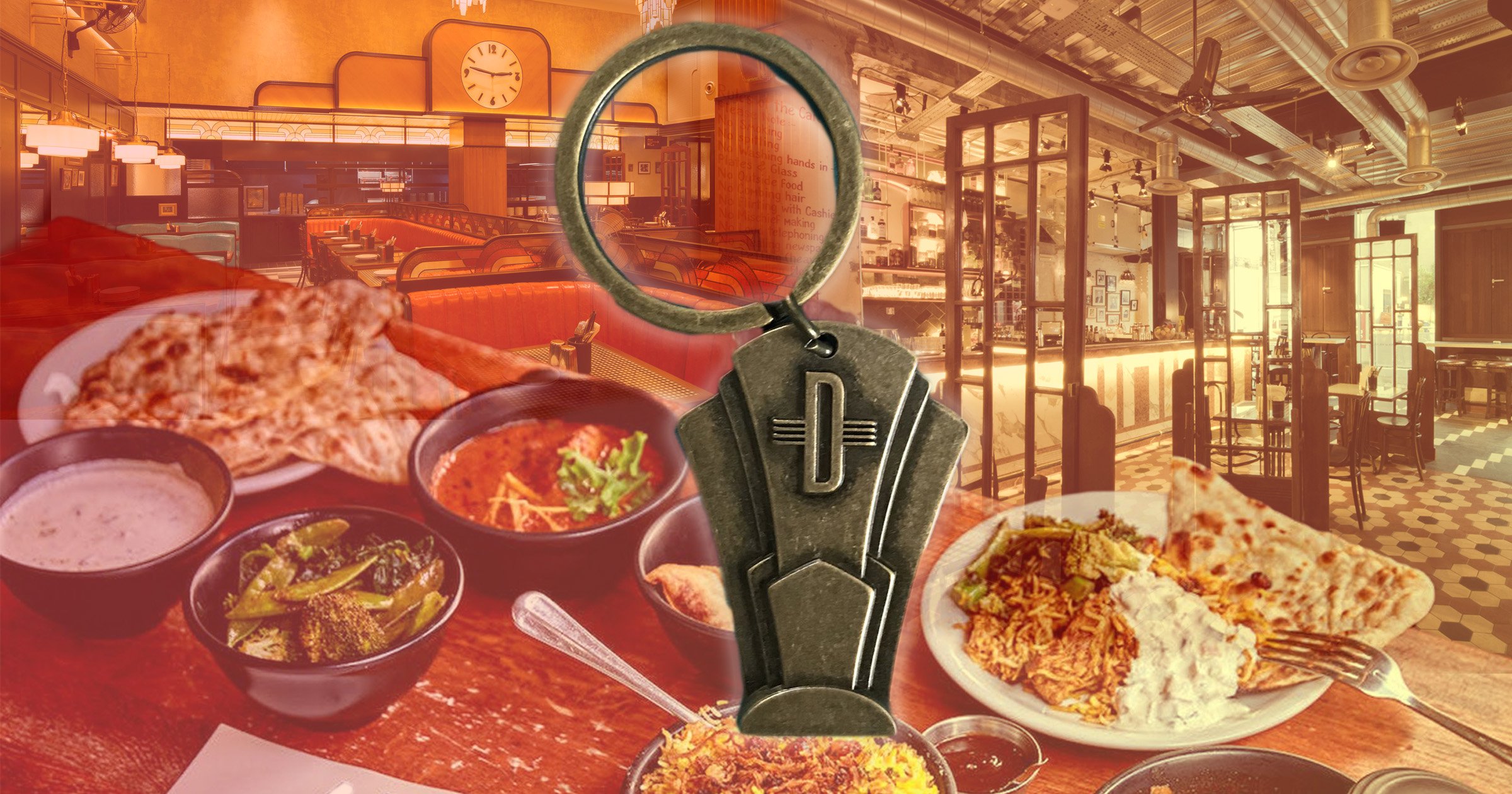 Ah, Dishoom, known for its naan rolls that are so good, even M&S once emulated them in a social media post (to much backlash, thanks to loyal Dishoom fans).

So what if we told you there was a secret way to get free food from the Indian cuisine favourite?

Almost underground, flashing one of these in a Dishoom branch is status symbol that most people don’t quite understand the meaning of.

If you’ve ever seen someone discreetly show a waitress their set of keys when asking for the bill and wondered what was going on, the person was in fact signaling they have a keyring.

What happens next is a member of Dishoom staff will bring a dice to the table, and if a six is rolled, the entire meal for that group is free – drinks and all.

It’s all down to the luck of the roll, and owning a keyring lets you have a go at bagging a free meal.

It’s easy to get one: ‘simply ask for Matka the next time you visit Dishoom’, the brand tells Metro.co.uk – though they do also say it’s ‘for a select number of our friends’.

Matka is a Hindi term meaning pot or cup.

Depending on the branch you get your keyring from, it will have a different look.

But the good news is, all styles can be used in any Dishoom venue.

A Dishoom representative says: ‘There are several designs of Matka available, inspired by the unique stories of each restaurant.

‘For example, the Dishoom Carnaby matka is a plectrum, inspired by the Bombay-London music scene of the 1960s.

‘Dishoom Covent Garden has the initials ND engraved on a copper coin, representing the “New Dishoom” on this site, where Dishoom originated in 2010.’

Matka is also a slang term for the underground lottery that originated in Bombay in 1962 – this inspired Dishoom in creating their own secret lottery of sorts.

Once you get a keyring, it comes in a blue pouch with a little note that instructs you attach the keyring to your keys to ‘invoke special privileges’.

It can only be used Monday – Friday before 6pm and for groups of up to 12 (but we heard a rumour a group of 22 once rolled a six and walked out without paying).

May the odds be in your favour.