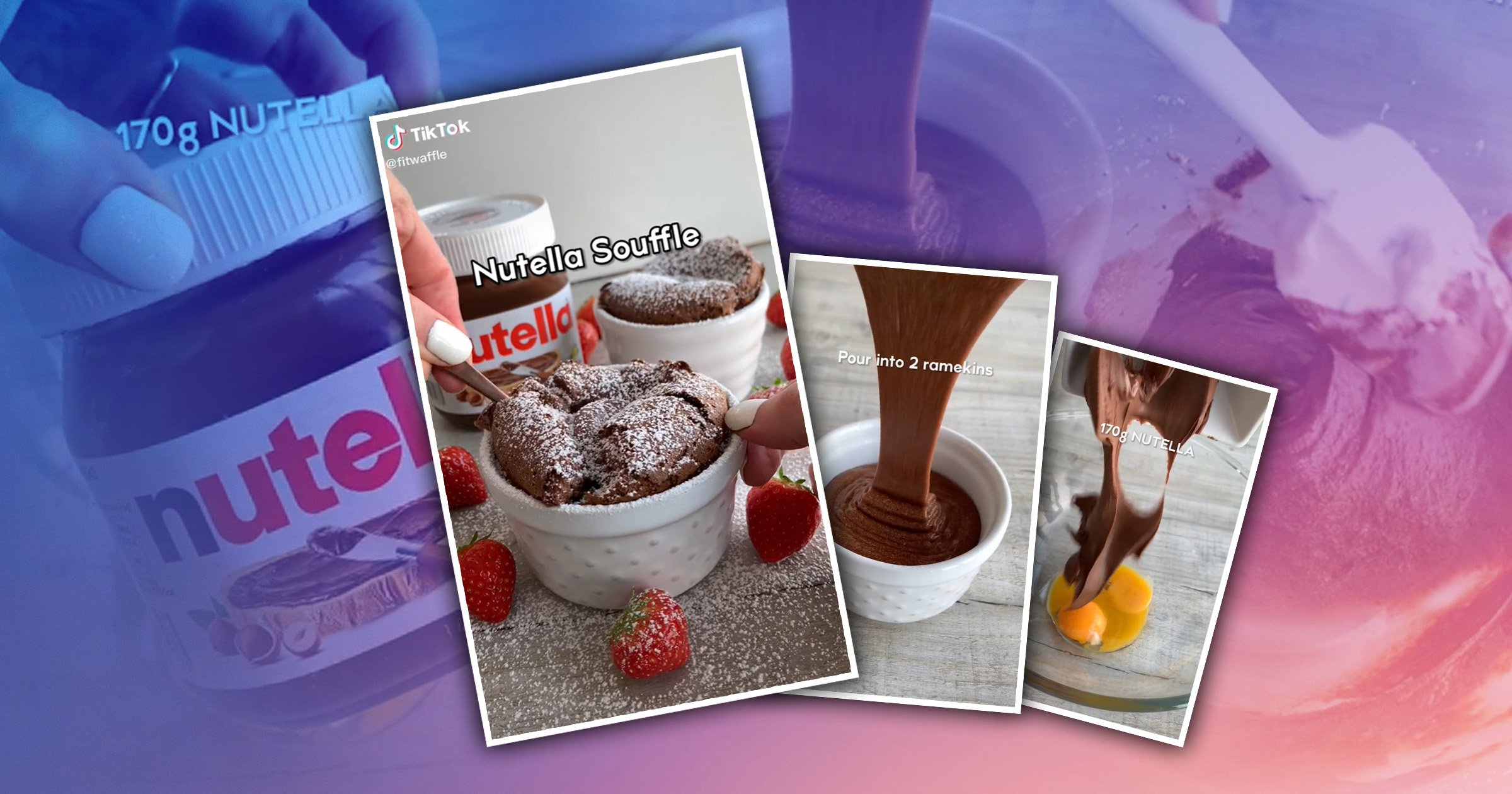 Looking for a new sweet treat that doesn’t require much effort?

A new soufflé recipe could be just the pick-me-up you need.

While soufflés are typically quite difficult to perfect, this two-ingredient recipe is more of a cheat’s version – and can be ready in minutes.

Foodie account @fitwaffle on TikTok is behind this chocolatey dessert and many of her 2.6 million followers have gone wild for it.

In her video, she starts by cracking two large eggs into a mixing bowl, and then uses a plastic bottle to suck the yolks from the whites so they are separated.

Then she can be seen whisking the whites into ‘stiff peaks’ – which is when you lift up your beater and the mixture holds its shape.

She then adds 170g of Nutella to the egg yolks, before whisking it all together.

After this, she adds one third of the stiff egg whites to the bowl with the Nutella and folds them in together, before adding another third of the whites and repeating twice.

She then pours this mixture into two ramekins, and bakes on 170 °C degrees (fan) for seven to 18 minutes.

‘It should still be a little bit wobbly in the middle,’ she explains in the video.

To finish off, @fitwaffle dusts the Nutella soufflé with icing sugar for decoration.

It’s safe to say that her foodie followers are thrilled with the recipe.

One person replied: ‘It worked super well – me and my boyfriend tried it and we loved it so so much.’

Another said: ‘Hand me a spoon hun.’

The account is also home to various other easy recipes including a Nutella hot chocolate and a Biscoff and Nutella cheesecake.

Bakers will also find a two-ingredient chocolate cake and three-ingredient Oreo ice cream – so there’s plenty to get stuck into.

Also, if you want more Nutella baking inspiration, why not try these four-ingredient cookies?