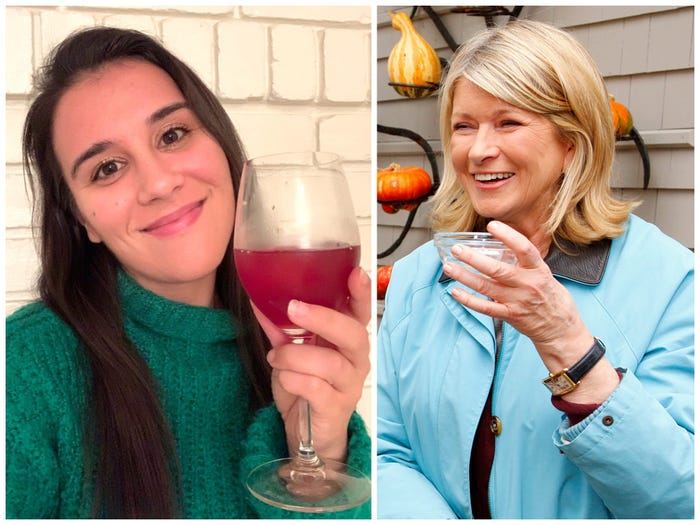 From Ina Garten's massive cosmopolitan in April to Reese Witherspoon's Fizzy Apple Cider in October, celebrities have been giving us cocktails to get through every season of this very strange year.

But when it came time to find the perfect holiday drink, I knew there was no better person to turn to than Martha Stewart.

The lifestyle expert is legendary for her hosting skills, so I decided to see if Stewart's Christmas punch could get me into the festive spirit.

Not only was the drink super simple to make, it tasted like a winter sangria that made me feel like I was on a fabulous vacation (instead of sitting at home for nine months straight).

I stumbled upon Martha Stewart's Christmas punch while looking through holiday cocktail recipes on her website. 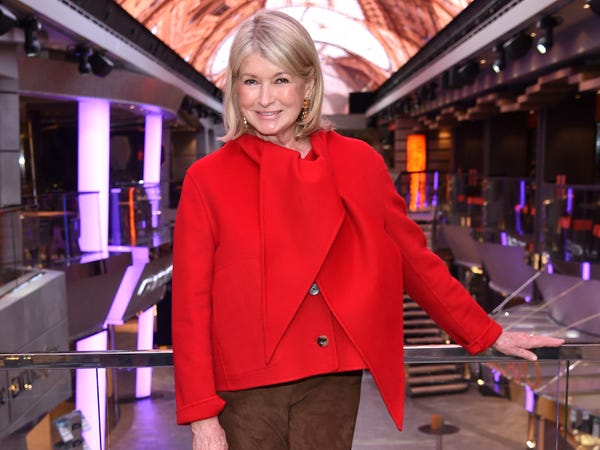 Stewart is the last person I've interviewed — well, in person — since March. We talked about making the perfect rice, cooking with Snoop Dogg, and our favorite drinks. Stewart told me that she loves a "Polish vodka on the rocks with a great big wedge of orange," and that she hasn't touched gin since one very drunk night in college.

So it's no surprise that there's plenty of vodka and zero gin in Stewart's holiday punch, which has great reviews on her website.

"So very good and gives you just enough of a kick, if you know what I mean," one cheeky comment reads. 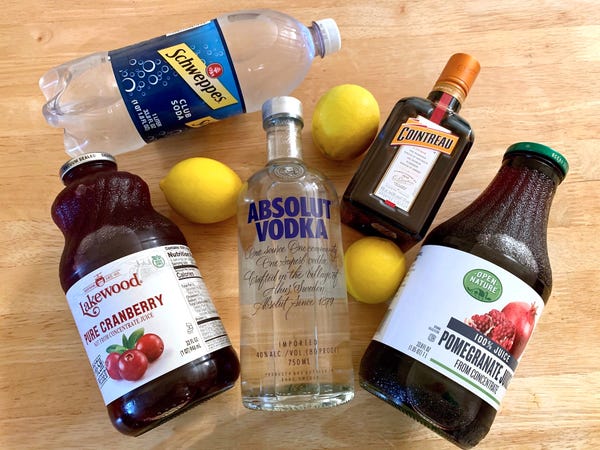 You'll also need to make some simple syrup, which I quickly discovered was as easy as it sounds. 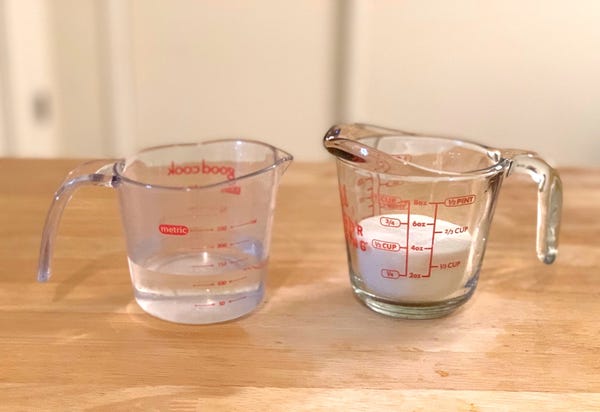 I'd never made simple syrup before but, as Stewart explains in a separate recipe, all you need is a 1:1 ratio of sugar to water. I used 1/2 cup of sugar and 1/2 cup of water.

I poured my water and sugar into a saucepan over medium heat and brought it to a boil. 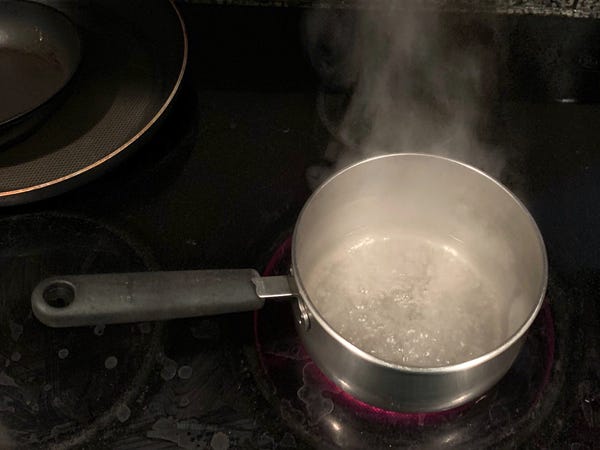 I stirred the mixture until the sugar dissolved, and that was it!

The syrup is super quick and easy, but make sure it's your first step. You need to give the mixture time to cool before you add it to the punch.

As my simple syrup cooled, I began making some fresh lemon juice. 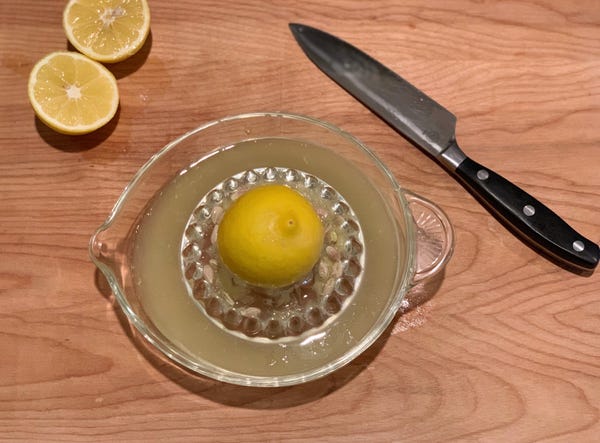 Even though I decided to halve Stewart's recipe, I went for two lemons in my modified version because the lemons were quite small (and I just love lemons).

Then it was time for the assembly to begin. 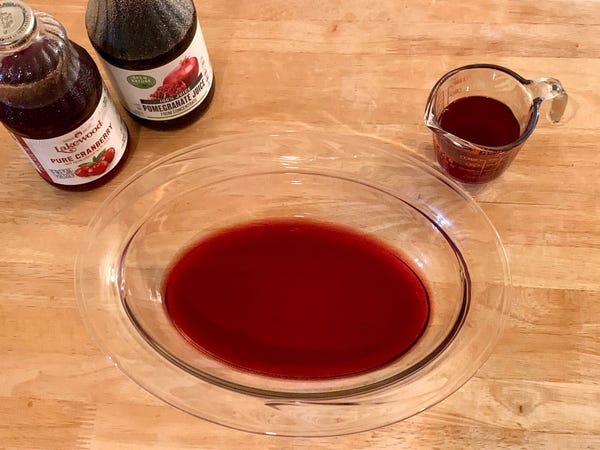 I decided to cut Stewart's recipe — which serves 12 to 16 drinks — in half, so I began by pouring 1 cup of the pomegranate juice and ½ cup of the cranberry juice into my punch bowl.

After I added the juices, it was time for the alcohol. 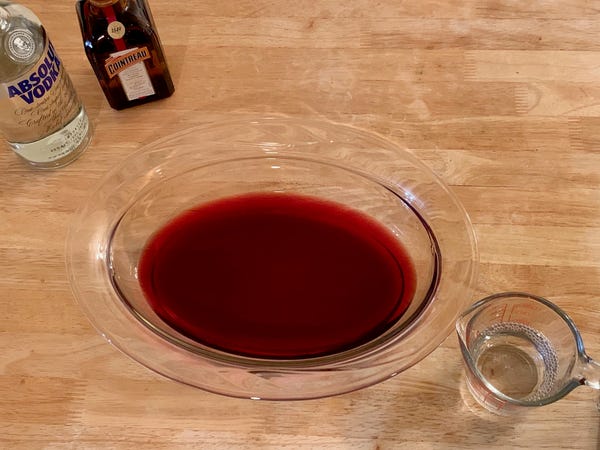 I poured in ½ cup of vodka and ½ cup of the Cointreau, which turned the color of the juice into a gorgeous scarlet hue.

Then I added the club soda and freshly squeezed lemon juice. 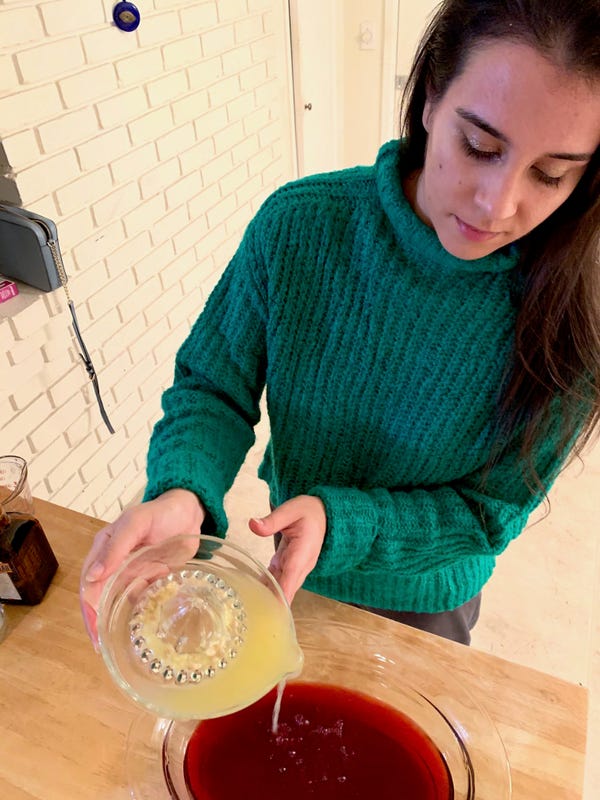 I used ½ cup of chilled club soda for my modified recipe.

Last but not least was the simple syrup, which had fully cooled. 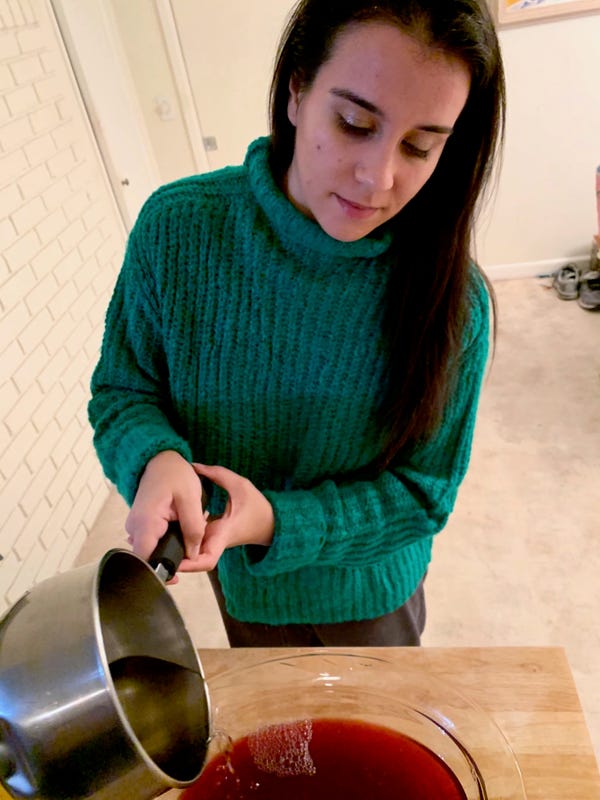 I used a spoon to mix everything together. Barely five minutes had passed and I was almost done!

Then it was time for the final step: adding ice cubes that I had frozen with cranberries inside. 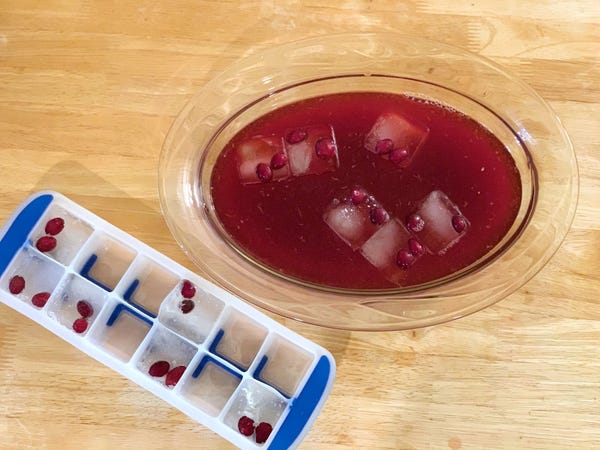 This was such a great suggestion from Stewart, giving the punch that special winter touch that made it look perfect for the holidays (and Instagram).

With just one sip, I could see the future — I would be drinking a lot of this punch in December. 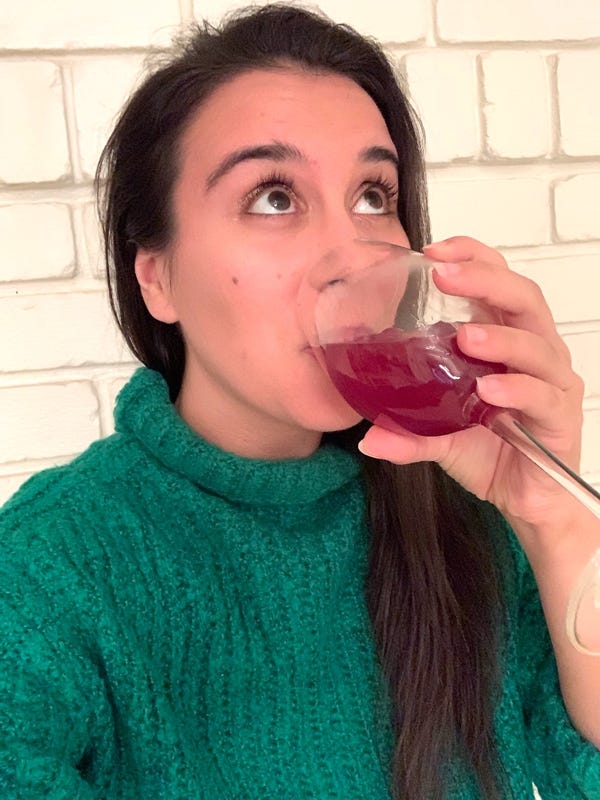 Stewart's Christmas punch is just the right amount of sweet, thanks to the vodka and Cointreau balancing out those juices. And while there's no wine in it, the well-balanced punch has a fruity kick that reminded me of sangria — but with floating cranberries instead of oranges.

My family was a huge fan of the cocktail as well. My sister loved how much the pomegranate flavor came through, while my mom declared that it was her new favorite winter drink.

"It feels homey," she said. "The color is Christmas. It's cheerful and putting me into the Christmas mood."

"I'm not even a cocktail drinker and I liked it," my dad added. "Be careful how much you drink!"  (classic dad).

No matter what holiday you celebrate, Martha Stewart's Christmas punch will get you into the festive spirit. 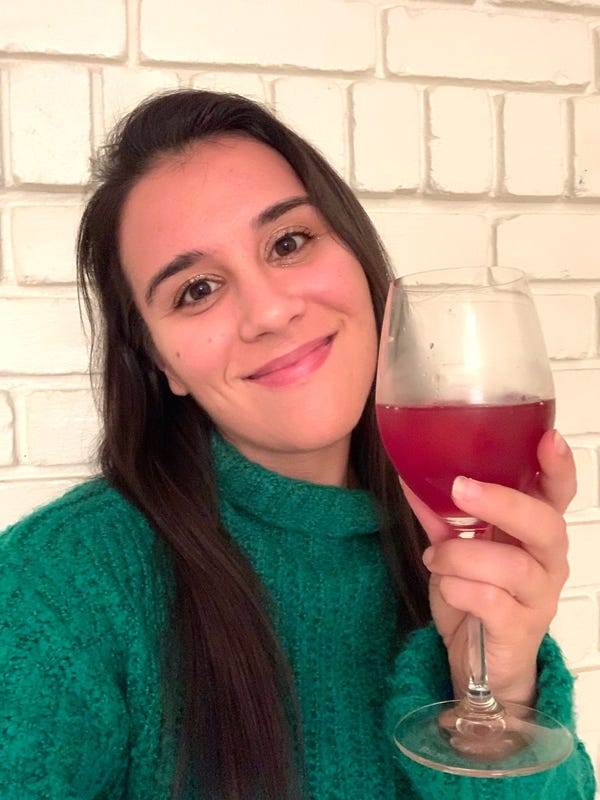 It's been a tough 2020 for everyone. So pour yourself an extra-big glass of punch, you deserve it for getting through this year.