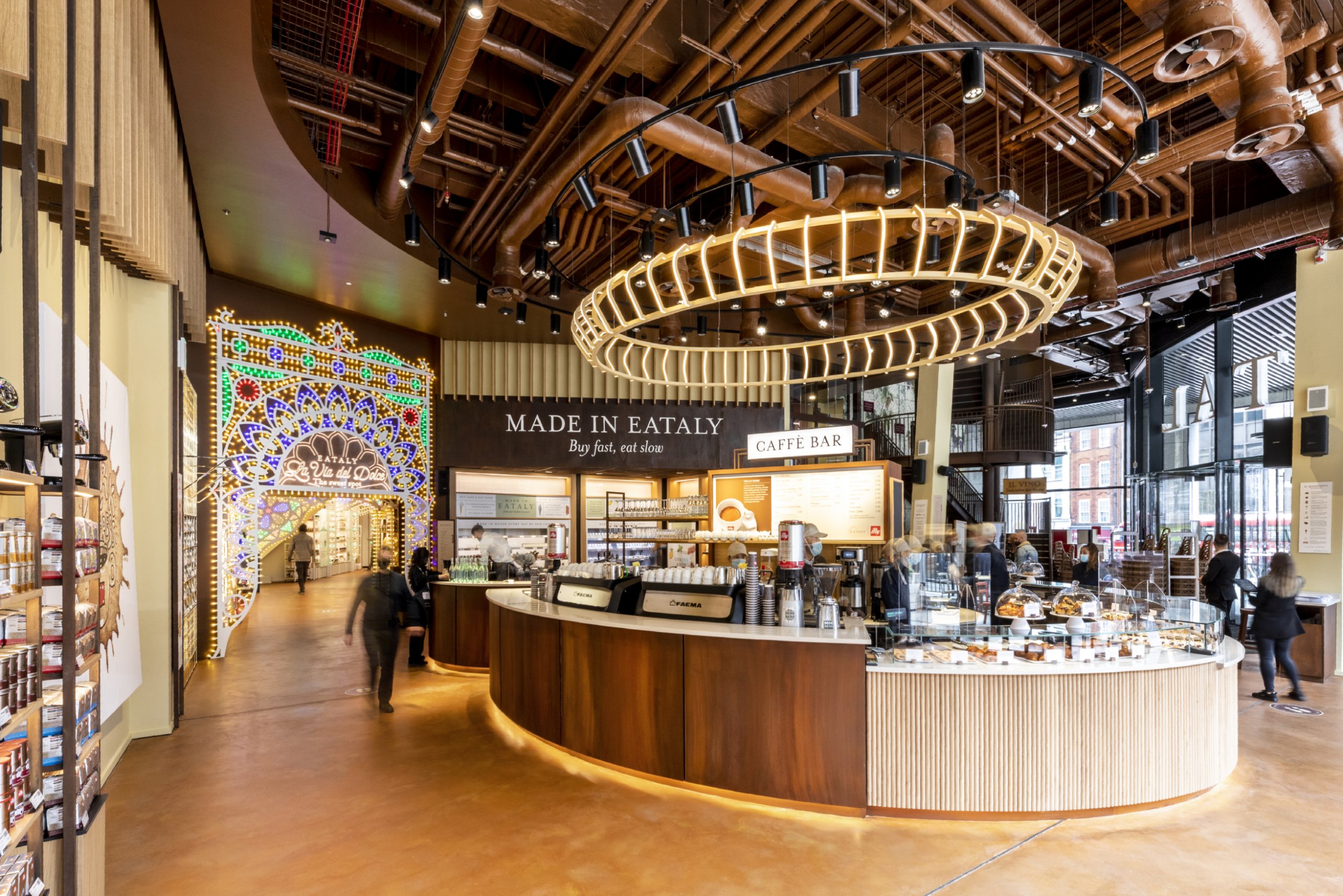 Looking for a new place to grab a bite? Introducing: Eataly, East London.

Making its way over to the UK for the first time, Eataly is the new need-to-know destinations for foodies in East London and beyond.

The unique concept was originally founded by Italian businessman Oscar Farinetti, who opened the first Eataly branch in Turin in 2007, which has, since then, expanded across the globe to the likes of Dubai, Japan and America.

Now, the chain has opened its doors in London, boasting its inspiring ‘eat, shop, learn’ mantra through a whole host of culinary delights.

Eager to know more? We have everything you need to know.

Where: Located in a former office space next to Liverpool Street station.

What: Eataly is a high-end food emporium, stocking fine Italian produce, from dried and fresh goods to wine.

Who: The Eataly concept was originally founded by Italian businessman Oscar Farinetti, who opened the first branch in Turin in 2007. Since then, it’s expanded to 43 stores around the world, including in Dubai, America, Japan and Brazil.

Tell us more: This is the company’s first UK opening, and covers a whopping 42,000sq ft, decorated with a cool, industrial feel. With a mantra of ‘eat, shop, learn’, you’ll find a retail and market area selling everything from olive oil to risotto rice, a meat and fish counter, and a wine store with over 2,000 Italian labels.

But you can also buy produce made on site – from fresh pasta, to pizza, focaccia, and burrata – and watch the chefs at work.

There’s also a cooking school, which will hold classes on regional recipes, wine-tasting, and more. If you head here this weekend, you’ll find department tours, in-store demos, and experts on hand to answer all your Italian foodie questions.

Anything else? Of course, you’ll want to taste it all, and Eataly features four restaurants.

There’s the already-open alfresco La Terrazza, which will focus on seasonal dishes; Pasta e Pizza, for wood-fired pizza and fresh pasta; Cucina del Mercato, for dishes made with fresh meat, fish and vegetables from the market area (both opening today, Thursday 20 May); and, set to launch in autumn, Terra, focusing on wood-grilled dishes.

All that plus an Illy cafe, three bars, and a ‘dessert avenue’ stocking cakes, biscuits and sweets.

Get in touch at MetroLifestyleTeam@metro.co.uk.