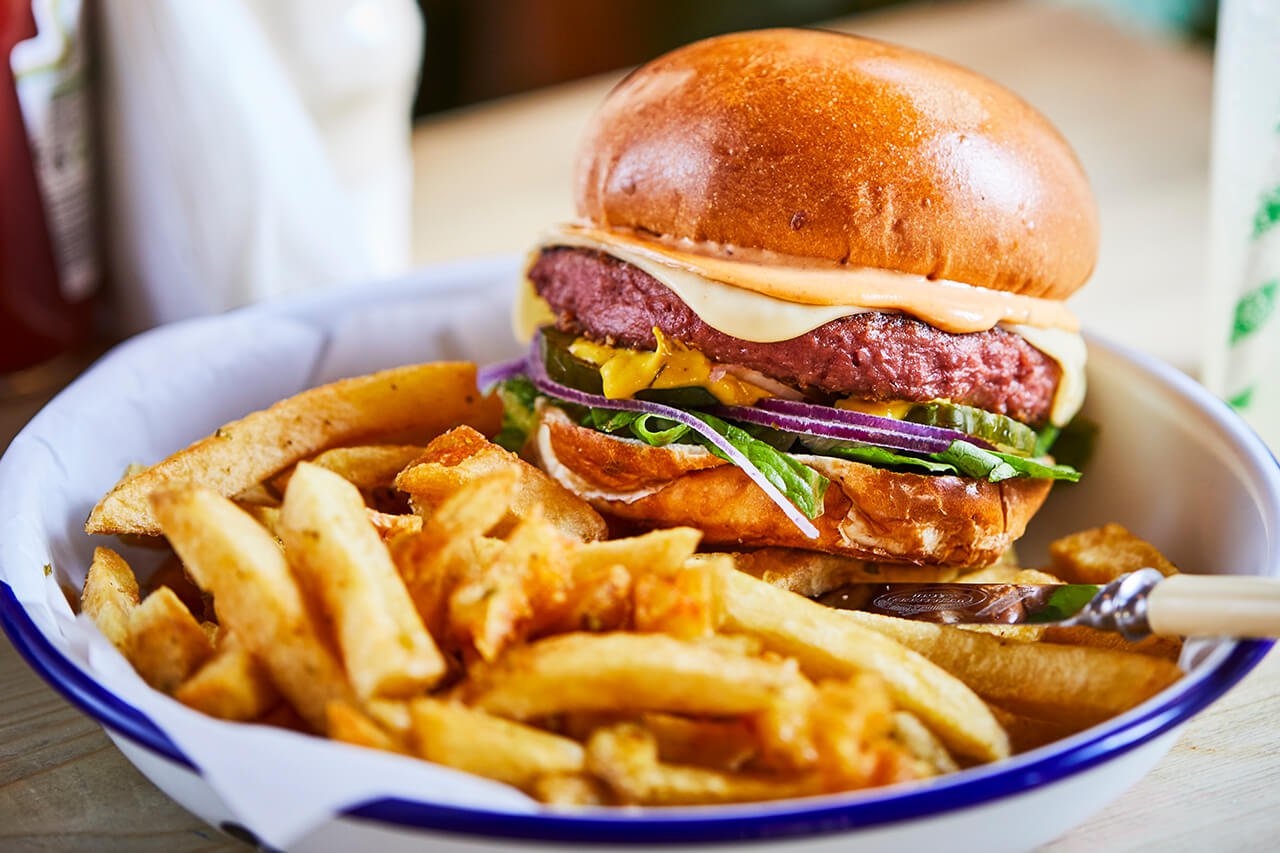 When I was 13, I watched a video at school about factory chicken farming that turned me vegetarian – albeit for six months.

I won’t go into too much detail about what happened in the video, but it was grotesque. Inhumane, nightmarish, and absolutely horrifying. I vividly remember it even now.

With the horrors of factory farming still fresh in my mind, years later, I think it’s extremely hypocritical for fast-food chains – with animal welfare concerns spanning back years – to be taking up any space this Veganuary.

Back when I was a teenager, vegetarianism wasn’t taken too seriously – especially in my household. Family members worried about my health, and swapped my Quorn mince for meat under my nose. I don’t blame them for it, I was a young girl, and they’d been brought up on the meat ‘n’ two veg rule for generations.

Eventually, it was a bacon sarnie that quickly reverted me back to my meat-eating ways – I turned a blind eye to animal welfare that once deeply affected me, and returned to something I’d known my whole life.

Right now, vegetarianism – and now even veganism – is more popular than ever. In the last 12 months, the number of vegans in the UK has increased by 40%. Deliveroo’s vegan orders spiked by a whopping 163% in 2020 – and, last year, a record-breaking five million people signed up to Veganuary.

Now, as a 24-month-old vegetarian for environmental and animal cruelty reasons, I applaud them all.

Even beloved fast-food chains are in on the action, too. In 2019, KFC launched its first vegan ‘chicken’ burger and it sold out within four days – with sales reportedly 500 times higher than its meat alternative.

This year, they released its Original Recipe Vegan Chicken Burger and it’s here to stay.

Joining KFC this month is Burger King’s vegan nuggets (after it was revealed its Plant-Based Whopper was cooked on the same grill as its meat counterpart) – all part of its mission to make half of the menu meat-free by 2030. Coming up is also Subway’s plant-based chicken tikka, and Domino’s PepperoNAY pizza.

I won’t lie, as a veggie, I think encouraging meat-eaters across the board to cut down on meat this Veganuary is a fantastic idea. As well as the positive environmental impact reducing meat intake brings, grabbing a vegan ‘chicken’ burger is now more affordable and seeks to no longer alienate vegans or vegetarians by introducing it into the mainstream.

Except, I can’t help but think that most vegan fast food is the height of hypocrisy.

We can’t look past a brand’s animal rights violations, just because they’ve created a tasty, cheap, guilt-free burger. It’s ‘vegan-washing’ at its finest.

Like the use of buzz-phrase ‘green-washing’ where brands spend more money on marketing themselves as eco-friendly to gain public approval, rather than engaging in any form of eco-consciousness, ‘vegan-washing’ is similar.

While veganism is defined as not endorsing any forms of animal cruelty whatsoever, brands that have serious animal welfare concerns are jumping in on the lucrative Veganuary cash cow – while still being cruel to animals.

KFC slaughters an estimated 750million to one billion chickens a year, with the majority of its chickens being killed by an electrical water bath – a move the European Food Safety Authority called for an end to in 2012 after animal welfare concerns.

Let’s not forget the videos and investigations that have surfaced over the years about KFC regarding animal welfare and cruelty – incredibly ironic, considering the burger won PETA’s award for Best Vegan Chicken Burger during its Vegan Food Awards in 2020.

The chain admitted that one-third of the chickens on its farms in the UK and Ireland no longer walk properly, as a result of painful foot lesions thanks to bad litter management and ventilation. It seems to be improving, but very slowly, with the number merely falling by 15% in four years.

Once reared for KFC, chickens only live 30 days to reach slaughter weight – exacerbating liver and heart failure, resulting in over 4% dying or being culled.

One in 10 suffer hock burn from waste from other chickens – a welfare issue on the rise – meaning poor litter management literally burns through skin.

Around half of its chickens sold have any access to natural daylight, and many lame, sick or stressed out birds reared for fast-food chains are injected with antibiotics – simply to be kept alive and bred for slaughter.

In 2020, McDonald’s was found to be ‘poor’ on animal welfare, and a report by a leading animal welfare charity found it ‘hadn’t made a strong enough commitment to improve chicken welfare in any country’ – despite its McPlant burger winning an accolade from PETA last year.

They joined Pizza Hut, Burger King, Nando’s and Domino’s, of whom all have vegan options this month.

Last year, a report into how fast-food chains manage chicken welfare rated Subway ‘Very Poor’ – discovering that all of its chickens sold and slaughtered in the UK are factory farmed. Domino’s was rated ‘Poor’, too, and McDonald’s was slammed, rated as only ‘Getting Started’ – despite its 66-year history.

So, with all of this evidence of misdeeds and a clear lack of concern for animal welfare, spanning back years, is it any wonder that flashy vegan ads on buses, newspapers and TV this month infuriates me?

It’s quite simple: the public is being played. Because what feels better than feeling as if you’ve done something ‘good’? It’s all well and good choosing to be meat-free and guilt-free for one meal, but if you’re putting money in the hands of those who quite literally boil animals alive, then what good is it really?

It feels as if the public is being blindfolded by false promises, forgetting the true definition of what being vegan means – and that means no animal cruelty. At all.

KFC however, has promised to change, signing up to an ambitious set of welfare goals in 2019 – the first in the fast-food industry to make such a move, with Nando’s, Burger King, and Pizza Hut following suit.

For once, KFC’s chickens won’t live in cages in poor light, or be injected with drugs simply to be kept alive. But progress is slow – like saturated carbon neutral and ‘green-washing’ promises, you could say it’s too little too late.

I won’t lie, when I ate meat – and I did for around 25 years – I once found actions from animal welfare groups extreme. But now, it’s becoming harder and harder to deny that, this Veganuary, we’re still being played by multi-billion dollar fast-food chains who don’t seem to care about animals.

I’m outraged that the public is led on by false promises by corporations that rule the world.

So, this month, I invite you to have an open mind. By all means, perhaps go meat-free on Mondays – or try a KFC vegan burger, but recreate it at home yourself later (it is just a Quorn fillet after all).

Put your money where your mouth is and be conscious about who you fund for a burger that makes you feel as if you’re doing your ‘bit’.

We’re all responsible for our planet, and what roams it – big or small – so it’s up to us to open our eyes, and stop blindly putting money into the hands of those who do so little for it.