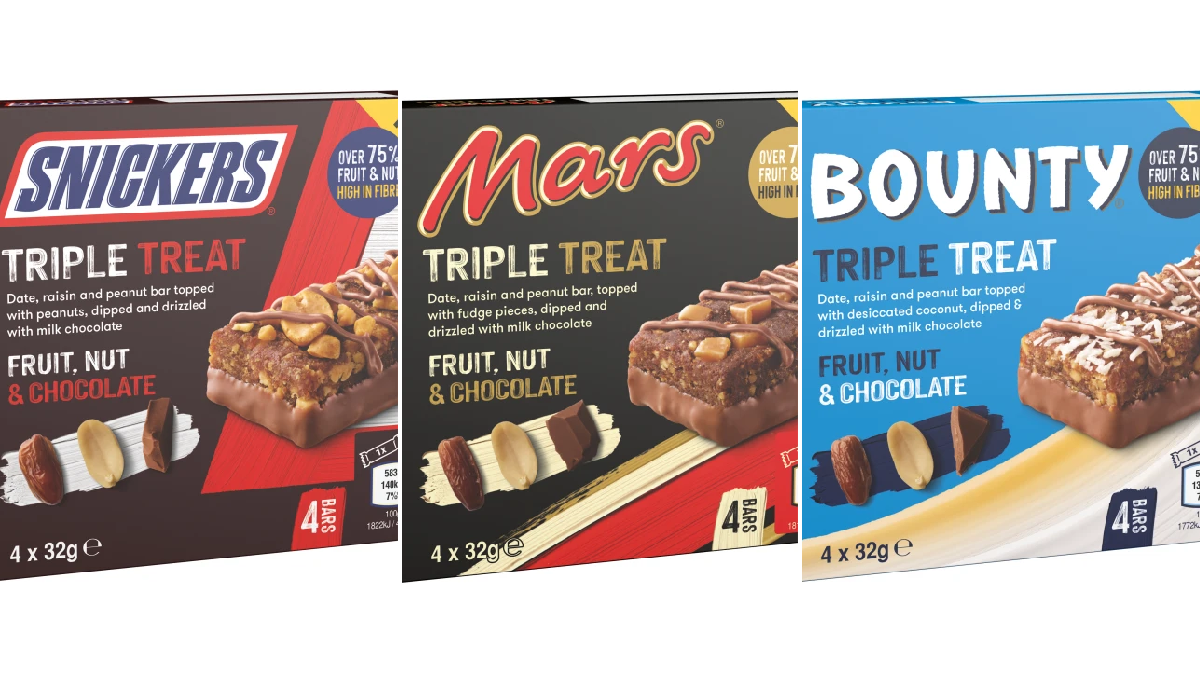 Snack giant Mars Wrigley UK has launched three new versions of classic chocolate bars that have been tweaked to have fewer calories.

The new ‘Triple Treat’ range will be available in four variants – Snickers, Mars, Galaxy, and Bounty.

Each one will be dipped and drizzled with milk chocolate, and the RRP will be 80p per bar.

Triple Treat bars will first be available nationwide in Tesco stores before becoming available in most major retailers later this summer.

They’ll apparently be full of over 75% fruit and nuts, high in fibre, and 100% HFSS (high in fat, salt and sugar) compliant ahead of government legislation concerning foods.

A ban on TV adverts for junk food before a 9pm watershed and on paid-for adverts online will come into effect in January 2024 after being delayed by 12 months due to the cost of living crisis.

The government has also pushed a ban on buy-one-get-one-free deals for unhealthy snacks back by a year to October 2023.

Kerry Cavanaugh, marketing director at Mars Wrigley UK said: ‘Triple Treat does exactly what it says on the tin – it’s packed with a knockout trio of fruit, nuts and our iconic chocolate, and is delightfully delicious to boot.

Get in touch by emailing MetroLifestyleTeam@Metro.co.uk