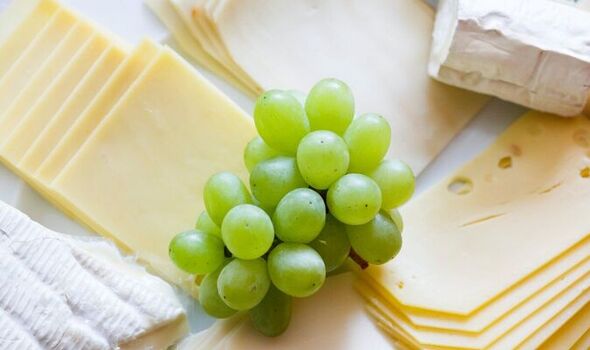 But in the lead-up to Christmas, 40 percent plan to eat cheese daily, with one in three (32 percent) tucking into the food more than usual at this time of year.

Mozzarella, brie, goats’ cheese, and Cheshire cheese, also featured among the top 20 cheeses people believe are most likely to give them nightmares.

The research was commissioned by Emma Sleep, which has teamed up with cheesegeek to launch a competition to find the biggest cheese-lovers to participate in an experiment, to reveal if it really does give you nightmares.

To see if the old wives’ tale is true, participants will receive a hamper of British festive cheeses to eat for 15 days, in order to test the effects on their sleep and dreams.

Featured cheeses for the experiment include some of the most popularly consumed from the research – including cheddar, blue, and brie.

Theresa Schnorbach, sleep scientist at Emma Sleep said: “When it comes to cheese, we know there are elements at work that can have both a positive and negative impact on our sleep – from increasing your REM sleep density, to inducing hormone production which aids in regulating your body clock.

“Through this experiment, we’ll explore the extent of these elements, and put this old wives’ tale to the test.”

The study found that, whether a nightmare or not, over half of adults (56 percent) think cheese has some effect on the quality of sleep they are able to achieve – with a third believing it causes vivid dreams.

And 27 percent think a cheese-heavy night can make it more difficult to fall asleep once your head hits the pillow.

However, an intrepid 21 percent would feel inclined to eat more cheese if it was proven to cause more vivid dreaming.

Of those who have avoided eating cheese before bed in the past, 56 percent will shelve the stilton and say bye to the brie before 8pm – just in case.

It also emerged Christmas Day and Boxing Day are the cheesiest days of the season, with 31 percent expecting to spend both days tucking into the cheese board.

Although 27 percent admit they sleep less during the festive period than ordinary, which could be linked to their cheese intake.

And 12 percent sometimes feel sleepy or tired shortly after indulging in a cheesy treat.

It seems Brits are willing to power through the potential subconscious effects of a cheese-heavy meal, though – as 36 percent professed their love for cheese.

And 31 percent named the dairy item as one of their all-time favourite foods.

In the study, conducted by OnePoll, Brits were found to eat cheese three times a week.

And a savoury 18 percent would choose cheese over chocolate given the ultimatum, while one in four (26 percent) can’t imagine cooking without incorporating it into the recipe.

Dr Dennis Schmoltzi, CEO at Emma Sleep, said: “Whether scientifically proven or just an old wives’ tale, there’s no doubt that Brits have identified a link between their cheese intake, and the strange visions that feature in their dreams.

“Unfortunately for those who believe they have had a cheese-induced night-fright, ’tis the season to be cheesy – and vivid dreams may be part and parcel with Christmas celebrations.

“The admiration and love for cheese felt by Brits is clear to see – and with Christmas on the horizon, I have no doubt that households across the country are dusting off their cheese boards.

“It is interesting to note the number of cheese-lovers who feel snoozy after indulging in their favourite snack – a relationship which might account for a portion of the unscheduled festive naps taken this Christmas.”