Some police officers in Tempe, Ariz., say they were asked to leave a Starbucks coffee shop on the Fourth of July because a customer complained they “did not feel safe” with the cops present, according to reports.

Five officers were drinking coffee at the Starbucks location prior to their shift beginning when a barista asked them to move out of the complaining customer’s line of sight or else leave, the Tempe Officers Association wrote in a series of Twitter messages.

Rob Ferraro, president of the police union, told FOX 10 of Phoenix that such treatment of police officers seems to be happening more often these days.

“It’s become accepted to not trust or to see police and think that we’re not here to serve you, and again, it goes back to — we take great pride of the level of customer service we provide to citizens, and to be looked at as feeling unsafe when you have law enforcement around you is somewhat perplexing to me," Ferraro told the station in a phone interview.

The police union also posted a series of Twitter messages about the incident.

“This treatment of public safety workers could not be more disheartening,” the union wrote. “While the barista was polite, making such a request at all was offensive. Unfortunately, such treatment has become all too common in 2019.”

“This treatment of public safety workers could not be more disheartening. While the barista was polite, making such a request at all was offensive. Unfortunately, such treatment has become all too common in 2019.” 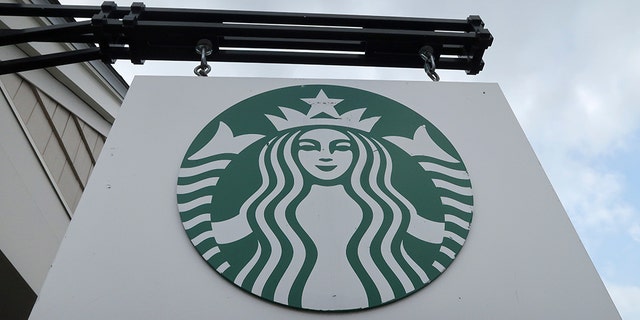 The union said it did not blame the Starbucks corporate office, adding it looked forward “to working collaboratively with them on this important dialogue.”

Earlier Friday, the union tweeted a parody of the Starbucks logo, with the words “Dump Starbucks” and the image of a hand dumping the contents of a cup of coffee.

“Don't appreciate @Starbucks asking our #Tempe cops to leave your establishment on the #4thofjuly2019,” the message said. “Several of those cops are #veterans who fought for this country! #ZeroRespect”

A Starbucks spokesman told the Arizona Republic the company was still gathering details about what happened.

"We have a deep respect for the Tempe Police and their service to the community," spokesman Reggie Borges told the newspaper. "We've reached out to the Tempe Police Department and Tempe Officers Association to better understand what happened and apologize. We want everyone in our stores to feel welcomed and the incident described is not indicative of what we want any of our customers to feel in our stores.”

"We want everyone in our stores to feel welcomed and the incident described is not indicative of what we want any of our customers to feel in our stores."

Neither the barista nor the customer who allegedly complained were identified. Starbucks would not say whether the barista would be disciplined in connection with the case.

In 2018, an incident at a Starbucks shop in Philadelphia made headlines when two black men who were waiting for a business colleague inside the shop were arrested for trespassing. The Philadelphia police commissioner later apologized to the men and Starbucks closed some 8,000 locations for part of a business day to conduct “racial bias training.”