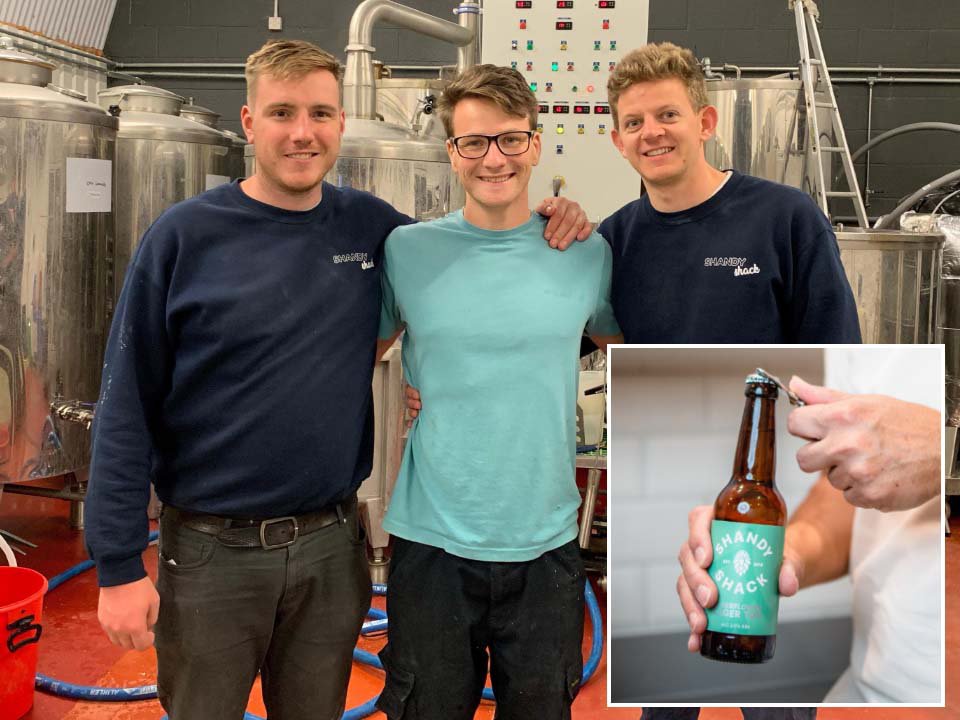 Friends who quit their full-time jobs to start a craft shandy business want people to know that ‘there’s no shame in shandy’.

The Oxfordshire-based trio began their venture with a hand-built wooden bar on the back of an old trailer.

These days, the demand for their shandy has seen them make deals with retail giant Sainsbury’s.

He said: ‘All three of us had personally experienced drinking more than we wanted to when we didn’t want to.

‘Drinking moments like mid-week, post-work with colleagues or Saturday afternoon with friends when you don’t want to get really drunk, but there are very few low-alcohol choices.

‘We were looking for better alternatives, so we started mixing our own craft-beer shandies in the pub, fell in love with the taste of it and decided to give it a crack and set up a pop-up bar to see if people liked it as much as we did.

‘It was very much a comedy of errors in the early days but both brand building and character building.’

After they got ‘validation’ from their first customers, the three decided to start brewing their own beer and soda in 2018.

‘We were fresh into that and taught ourselves to brew from scratch,’ said Ed.

He explained that the business has now become a full-time job for him and Tom, but Fred still works shifts in his local A&E.

The pandemic meant their business needed to ‘pivot strongly toward retail’, which in turn resulted in a big increase in demand, a mention on ITV’s This Morning, and attention from Sainsbury’s.

Shandy Shack products are now sold in 51 Sainsbury’s stores, and Ed says there are plans to go even further.

‘When we found out we were stealing space from companies like Brewdog and Camden we were a bit overwhelmed,’ he said.

‘It was a pretty cool feeling.’

When asked what their plans are for the future, Ed said: ‘We want to continue making great shandies that help people drink less in a way that is enjoyable and doesn’t compromise on taste.

‘Really turn round this culture of shandy and make it a much-loved drink in the UK rather than something that’s riddled with stigma and stereotypes.

‘We want to show people there’s no shame in shandy and take it to the mainstream.’

Get in touch by emailing MetroLifestyleTeam@Metro.co.uk