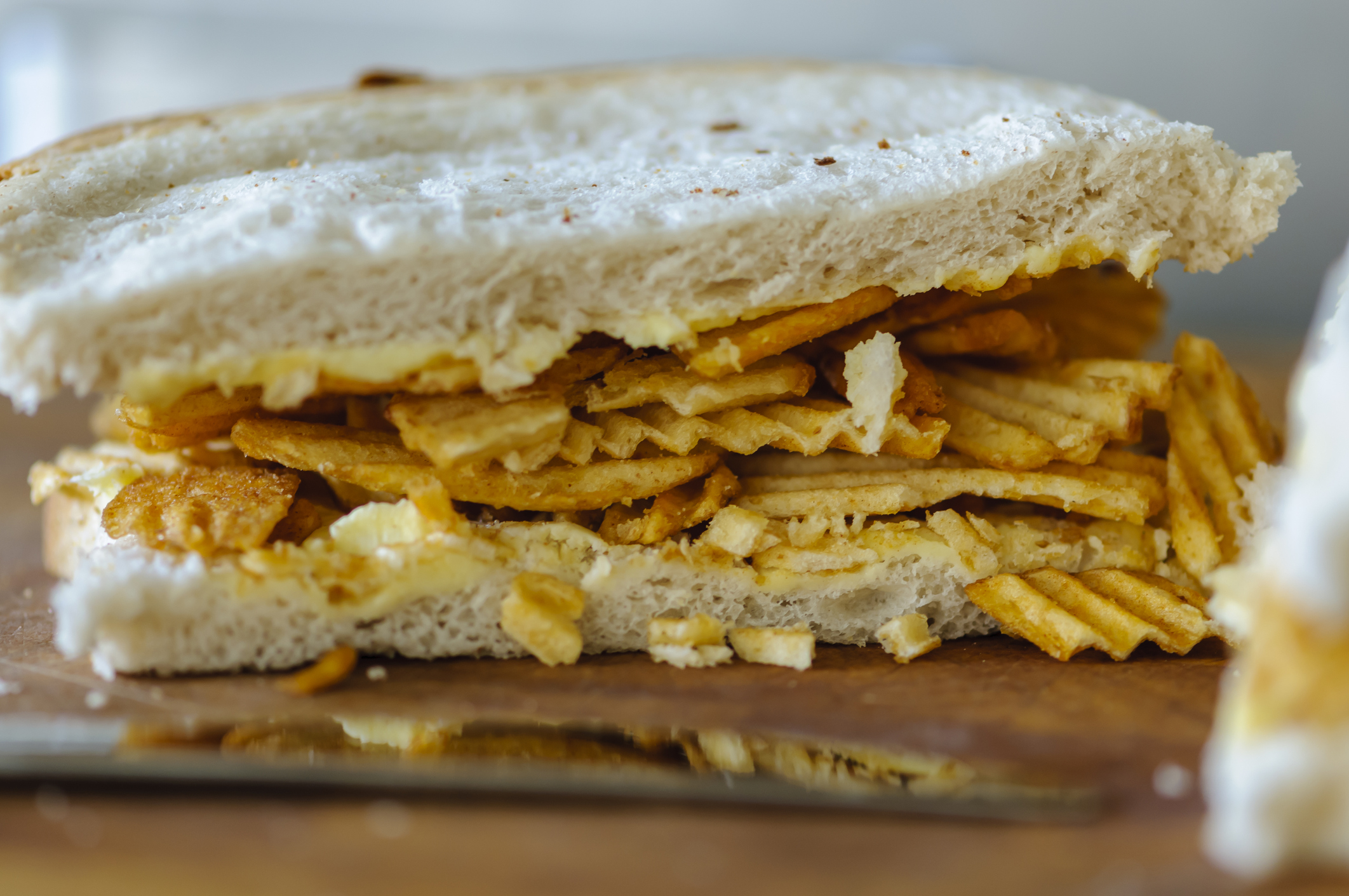 The ultimate crisp sandwich should be made with white sliced bread, cheese and ready salted crisps, according to a study.

A poll of 2,000 adults found we typically eat 35 crisp sandwiches each per year — amounting to two billion across the country annually.

The combination of a cheese filling and ready salted crisps was favoured by one in three respondents (31%).

This was followed by cheese with cheese and onion-flavoured crisps (29%) and ham with ready salted (27%).

But that doesn’t stop more unusual crisp flavours sneaking into the top spots, with a simple cheese sandwich plus pickled onion crisps in eighth place, favoured by 19% of people.

And when it comes to the debate of crisps ‘in’ or ‘out’ of a sandwich, 27% prefer to eat them between bread, while 34% opt for having them on the side of the plate.

The research, commissioned by Walkers, also found Brits are pretty fussy about their crisp sarnies, with people insisting on white sliced bread (39%) cut into rectangles (47%).

It emerged nearly nine in ten have slipped the crunchy snack into their sarnie to improve the texture and flavour, while a third said crisp sandwiches make their lunch more exciting.

And 27% get a feeling of nostalgia from the snack.

A video fronted by comedian Asim Chaudhry — as his character, aerial repairman Jaz — shows some familiar faces having their say on the crisp sandwich debate, including Gary Lineker, who loves a roast chicken and salt-and-vinegar crisp sandwich.

Chaudhry also talks to chef Gordon Ramsay, who is a firm ‘out’ when it comes to crisp sandwiches.

Ramsay said: ‘It’s not even a discussion. First of all, you can’t taste the flavour of the crisps because it’s sandwiched between two layers of bread and secondly, the bread makes your crisps soggy.’

Ramsay later admitted off camera that — perhaps slightly surprisingly — his favourite combination was a humble tuna sweetcorn sandwich with salt and vinegar crisps on the side.

Chaudhry, aka Jaz, said: ‘The crisp sandwich debate is certainly a crunchy topic and what I’ve learnt from all the people I’ve spoken to is that opinions on the perfect combination of crisps and sandwiches are extremely strong and personal.

‘And while I’m not quite sure how I feel about the research suggesting a handful of the population like banana and crisp sandwiches — are you OK?! — clearly there are endless ways to create jazzy lunchtime sandwiches, whether you’re crisp in or crisp out.’

The study also found 13% of adults have even served crisp sandwiches at a get together, with men twice as likely to do so as women.

When it comes to actual crisp preferences, classic potato crisps were found to be the go-to (59%), but crinkle cut (14%) and lower-fat alternatives such as baked crisps (8%) also proved popular.

Generally, the most popular crisps to have in a sandwich were found to be cheese and onion (30%), followed by ready salted (19%) and salt and vinegar (14%).

The study, carried out via OnePoll, also found almost two-thirds are most likely to indulge in the British staple for lunch, while 23% see it as an afternoon snack and 13% eat one before bed.

Brits’ favourite crisps to put in a sandwich

… and those we avoid

Get in touch at metrolifestyleteam@metro.co.uk.