HOSEPIPE BAN: United Utilities say 'we had no other choice'

Hosepipe bans are enforced by water companies in an effort to control how much water households can use in times of “serious shortage”. Providers are supposed to cut the following year’s bills by a “reasonable” amount to compensate for the limited supply during any ban. The shortages are almost always caused by a below-average amount of rainfall, or a drought, when there is an exceptionally low amount of rainfall in a small period of time causing reservoirs to run dry.

One tweeted: “Cloudless blue skies… it’s just another beautiful spring day here in North Yorkshire…no sign of any April showers… what are they… One of the driest months on record. Hosepipe ban looming presumably.”

Over a photo of the Lake District’s Derwent reservoir, one wrote: “Just shows how warm it’s been in the UK this April as the reservoir level is very low #hosepipeban.”

One person joked: “Bought a new garden hosepipe, just in time for the annual ban.” 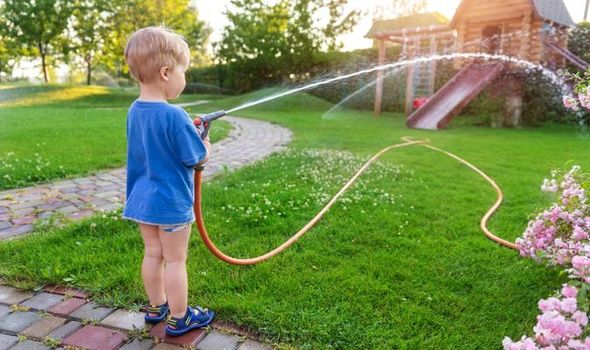 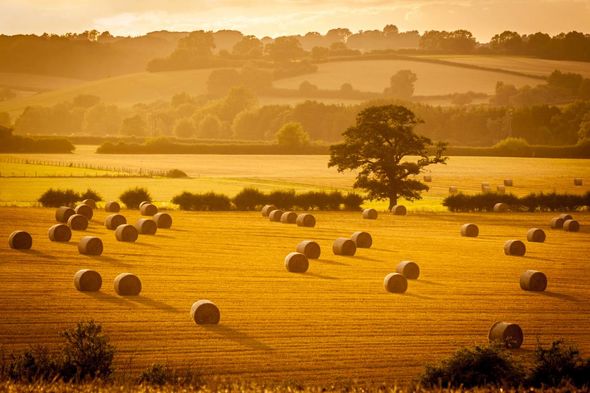 While another person tweeted: “Was the same last year and we ended up with a hosepipe ban in May. But then it chucked it down in June!”

The UK faced its first blanket hosepipe ban in seven years in 2019 after scorching temperatures in May sent water levels down.

In 2018, a hosepipe ban affecting millions of people in the north-west was called off after a last-minute deluge of rain.

Water supplier United Utilities had planned the ban for seven million households from August 5, but a sudden storm at the eleventh hour saw the move cancelled. 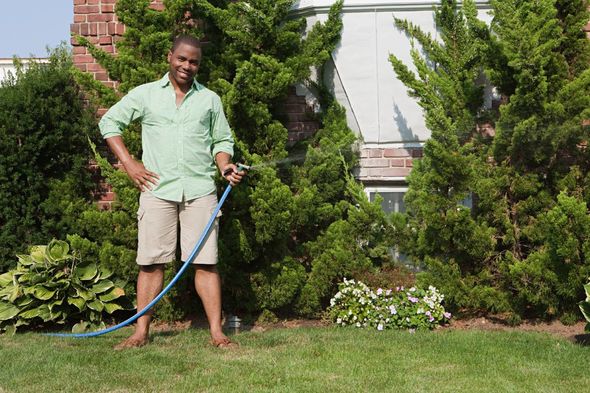 Will there be a hosepipe ban this year?

As things stand, there’s no ban on hosepipes anywhere in England or the UK right now.

Things could, however, change if the weather continues on a warm trajectory with minimal rainfall.

Temporary bans can make it illegal for householders to water gardens or wash the car with a hosepipe.

They can also ban people from filling swimming pools, ponds and fountains from the mains supply as well as cleaning windows, paths and decking with a hose. 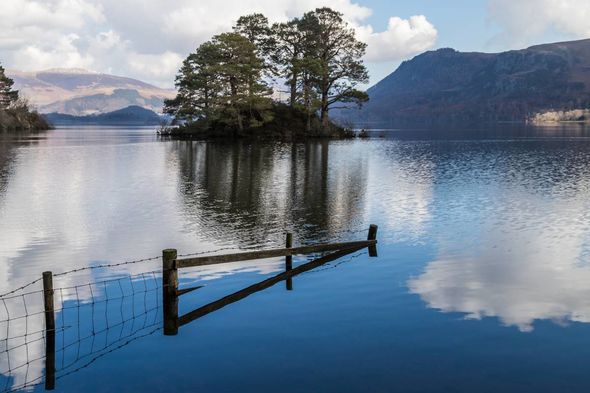 Gardeners are still allowed to water the plants with a watering can during a ban, however.

During hosepipe bans consumers are also urged to be considerate with their water usage due to the shortage.

People are often asked to have showers instead of baths and make sure they don’t leave taps running while they shave or brush their teeth.

Utility companies are given the powers under the Flood and Water Management Act 2010, which extended previous laws.

They can limit any or all activities all the time or at specific time during the day, for as long as they deem necessary to do so.

If found guilty of breaking a hosepipe ban, homeowners and tenants can be prosecuted in criminal court and fined up to £1,000.

The Met Office said last spring was one of the driest on record, with some regions of the UK seeing about a third of their normal rainfall levels.

If the weather continues to stay dry and warm, a hosepipe ban will likely be imposed this year.