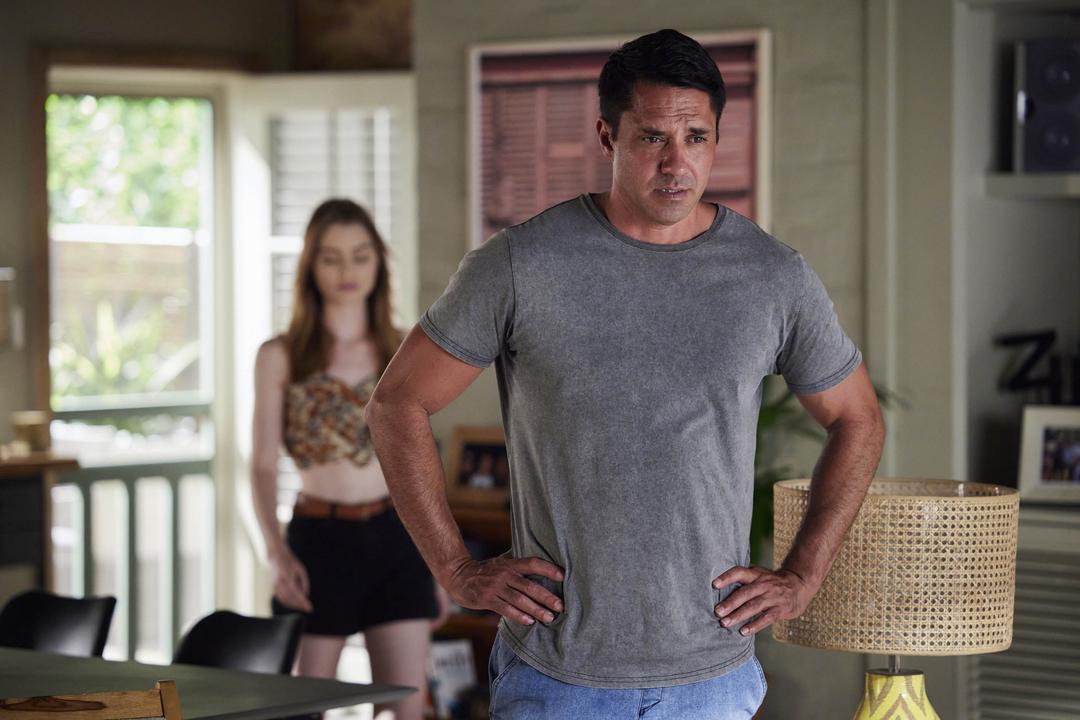 Ari (Rob Kipa-Williams) and Mia (Anna Samson) are determined to move forwards after the pain of their second miscarriage together, and they have decided to make their application for adoption stronger by purchasing the gym from Jasmine (Sam Frost).

However, when Tane (Ethan Browne) finds out about their plans, he questions Ari about where they’re going to get the money to pay for it.

When Ari reveals that Mia held onto the money from the armed robbery which landed him in jail for eight years, Tane is uneasy – using dirty money isn’t a good way to start a new beginning. What’s more, Ari asks Tane for help with making the money look legitimate.

The brothers are talking with the bag of stolen cash on the table when Cash (Nicholas Cartwright) shows up, asking to speak to Tane. Ari has no idea about Tane’s issues with Felicity (Jacqui Purvis) and becomes paranoid that the copper already knows about the money.

Although Tane gives him the all-clear later, Ari has been given a sharp reminder that they’re playing with fire by using money from his past. Mia brings the gym contract home and is eager to sign it, but Ari isn’t ready just yet to make the leap.

He gets in touch with someone who can help to clean the money, but when Mia asks for more information he doesn’t share it.

Knowing he’s risking prison again by mixing with the kind of people he had in his life before being sent down, Ari is left with the difficult decision – will he take the risk to secure his financial future with his partner?