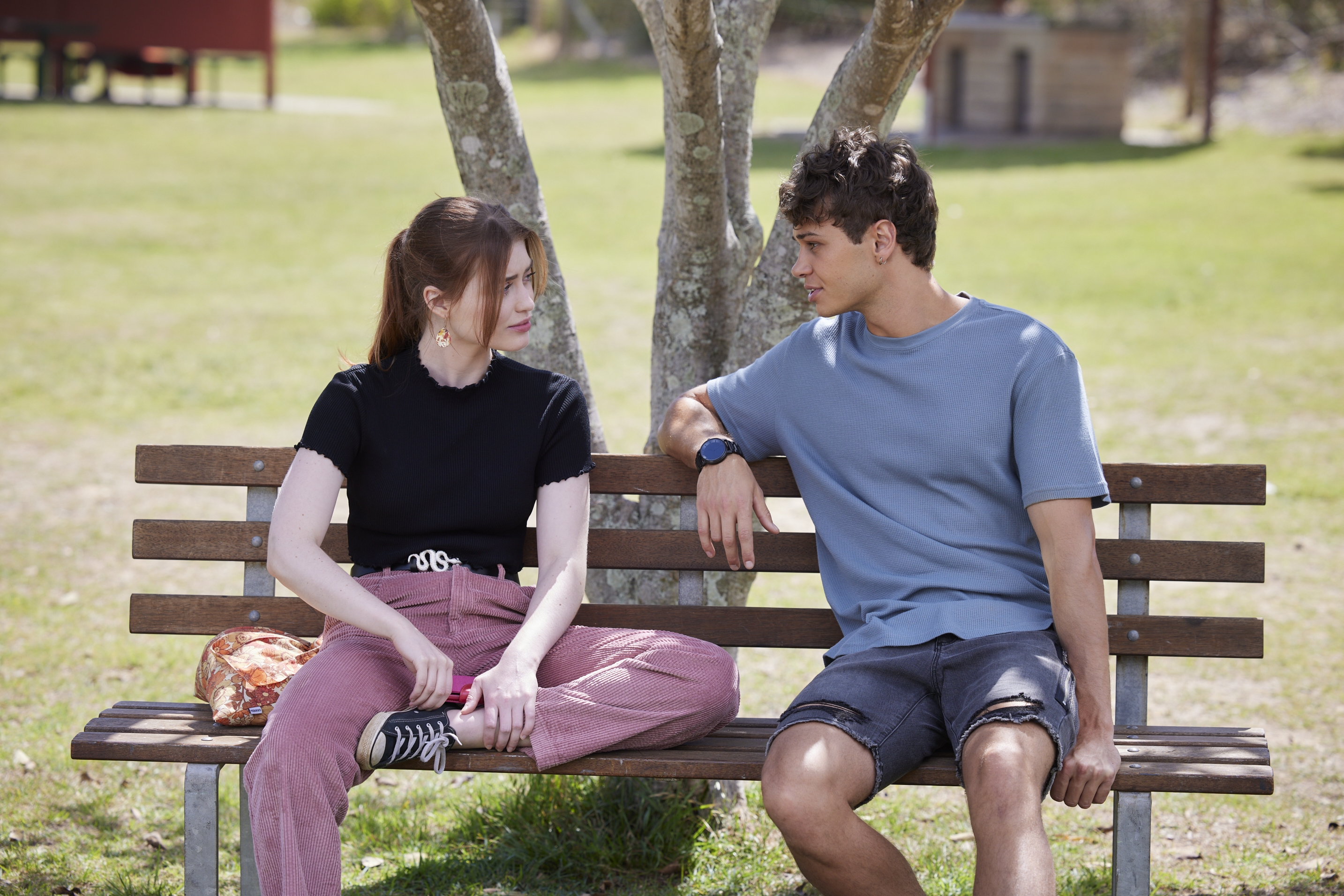 Chloe (Sam Barrett) and Theo (Matt Evans) have a turbulent history, which began when he showed up in the Bay and immediately took a shine to her – so much so that he seized the chance to kiss her after her breakup with Ryder (Lukas Radovich). The pair have been increasingly distant ever since, especially after Theo and Ryder’s prank challenge videos went wrong and Ari (Rob Kipa-Williams) passed away.

Theo goes to the Diner to look for Leah (Ada Nicodemou) when he bumps into Chloe, and they decide to have lunch together. Over their meal, they are surprised to find a growing warmth between them. Theo has leveled out since they first met, and is much less cocky. He’s also sorted a lot of his life out, now that he’s working at the garage with Justin (James Stewart).

However, both are dealing with problems of their own. Chloe has been clinging to Chloe since Ari’s death, and when Bella (Courtney Miller) finds out her friend lied to her face about going to patch things up with Mia (Anna Samson), she says it’s time for her to go home and sort her family life out. Chloe is furious and refuses a lift from Dean, choosing to walk along the long rural road instead.

As she walks, Theo’s car pulls up next to her. He’s escaping an explosive argument he just had with his father, Dimitri, who has shown up in the Bay full of rage. He picks her up and the pair find solace in each other. Chloe invites him back to the house and kisses him, before leading him into her bedroom…

Later, Nikau (Kawakawa Fox-Reo) walks into the house to see a topless Theo and is disgusted. Did that really just happen? When Theo leaves, Chloe falls apart, fearing she’s made a terrible decision. Nikau supports her, but it’s Bella she really wants. She heads back to the Farm House and tells Bella she made a bad, impulsive decision after storming out the other day – making Bella feel awful as a result. However, she writes in her diary the following morning that she doesn’t regret sleeping with Theo at all…what game is Chloe playing?