The Duke and Duchess of Cambridge are moving to the Queen’s Windsor estate to live at Adelaide Cottage with their three children Prince George, Princess Charlotte and Prince Louis, but their new family home has a surprising past…

The four-bedroom cottage was once home to Princess Margaret’s love interest Peter Townsend, and the relationship was met with disapproval within the monarchy.

WATCH: Prince William reveals why he didn’t like living with Prince Harry

Group Captain Peter Wooldridge Townsend was a Royal Air Force officer, and worked for the King, then in turn Her Majesty the Queen.

Peter was a divorced man when he became engaged to Princess Margaret, which caused an uproar about a divorced man being welcomed into the royal fold.

Margaret went on to release a statement confirming that she had broken off the engagement, writing: “I would like it to be known that I have decided not to marry Group Captain Peter Townsend.

“I have been aware that, subject to my renouncing my rights of succession, it might have been possible for me to contract a civil marriage. But mindful of the Church’s teachings that Christian marriage is indissoluble, and conscious of my duty to the Commonwealth, I have resolved to put these considerations before others.

“I have reached this decision entirely alone, and in doing so I have been strengthened by the unfailing support and devotion of Group Captain Townsend.”

Prince William and Duchess Kate’s new abode is a Grade II-listed home which is owned by the Queen and is a “grace-and-favour” home which she can choose to offer up to anyone she likes. 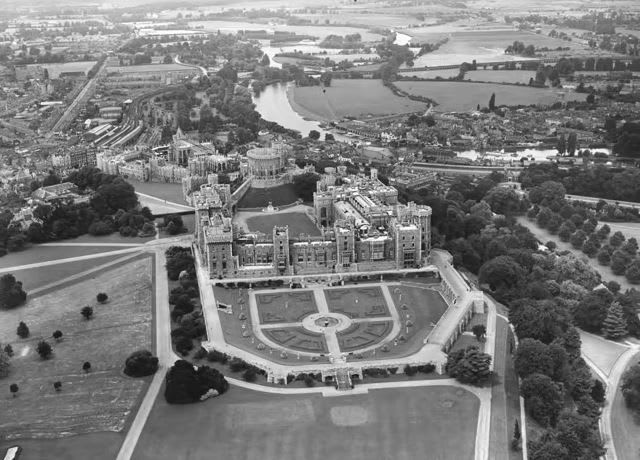 The royal couple will move to the Queen’s Windsor estate

Adelaide Cottage dates back to 1831 when it was built as a retreat for William IV’s wife Queen Adelaide of Saxe-Meiningen, but it has quite recently been renovated so does not require too much attention ahead of the relocation.

As well as being closer to the Queen, the royals will also be much nearer to Prince Harry and Meghan Markle’s UK home of Frogmore Cottage as well as Prince Andrew and Sarah Ferguson’s mansion, Royal Lodge.