Uncapped home care packages, a registration scheme for care workers and a focus on transparency are some of the solutions the aged care sector wants to see in the federal government’s response to the royal commission.

Two coalitions of aged care peak groups on Monday released formal responses to the Royal Commission into Aged Care Quality and Safety report, urging the government to commit to a total overhaul of the system. 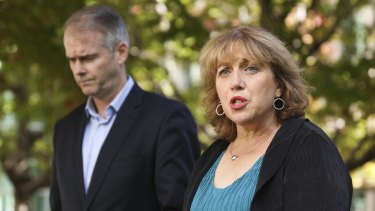 “We need a total overhaul of the system, it’s what the royal commission recommended and it’s what we need to see happen in the budget,” Australian Aged Care Collaboration spokeswoman Patricia Sparrow said.

Getting the workforce right was key to fixing the system but funding was also fundamental, Australian Aged Care Collaboration spokesman Sean Rooney said, releasing the group’s full response to the royal commission.

“Our plan is based around four key areas of focus, which include rights, access and choice for older Australians; improvements to workforce; improvements to transparency; and sustainability, to make sure we have an enduring aged care system,” he said.

That plan included a registration system for care workers, which Mr Rooney said would bring aged care into line with other sectors, but also give Australians confidence the workforce was skilled and qualified.

“It’s a line in the sand, as far as aged care consumers are concerned, about making sure that government has a comprehensive response that does deal with the urgent matters like getting rid of that home care waiting times,” he said.

Ms Sparrow said the “terrible situation” with almost 100,000 people on the waiting list for home care services had to be managed and could be eliminated by the end of 2022.

“We need to see that waitlist cleared and make sure that in times to come people don’t wait for longer than a month to get critical support to help them to stay at home,” she said. 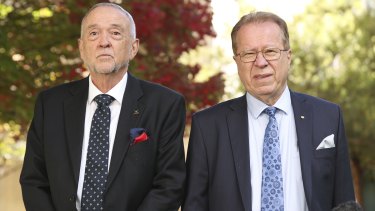 Aged Care Services Minister Richard Colbeck said the government would deliver its response to the royal commission’s recommendations to Parliament by May 31.

“A comprehensive response to the final report will be in the upcoming budget,” he said. “The health and wellbeing of older Australians and those working to support them will be key to the widespread reform.”

Senator Colbeck said the government announced $452 million in an immediate response to the royal commission’s final report. That was in addition to the $537 million in support measures following the interim report, and $172.8 million provided in response to the COVID-19 special report.

Professor McCallum said the government must ensure there was a long-term plan for aged care.

“One of the things we’d be really disappointed to see is things coming through the budget, with no forward planning for the other items that are really important in the royal commission,” he said. “[There] needs to be another plan as well that looks across the whole scheme and says when things are going to happen and how they’re going to happen.”